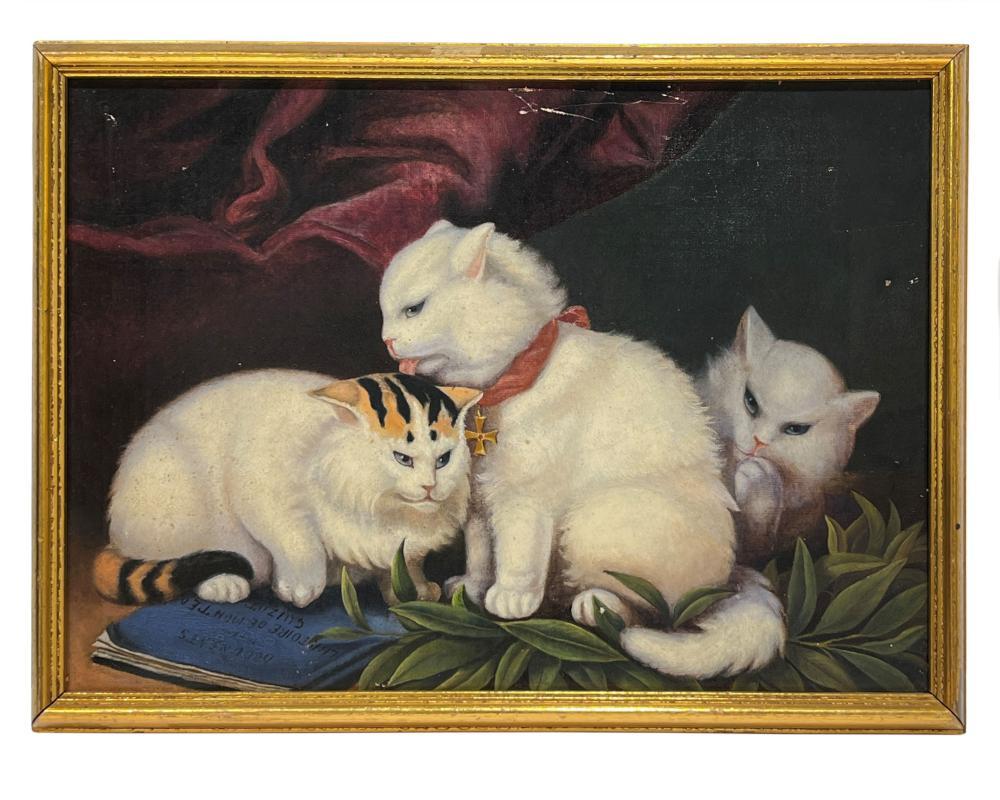 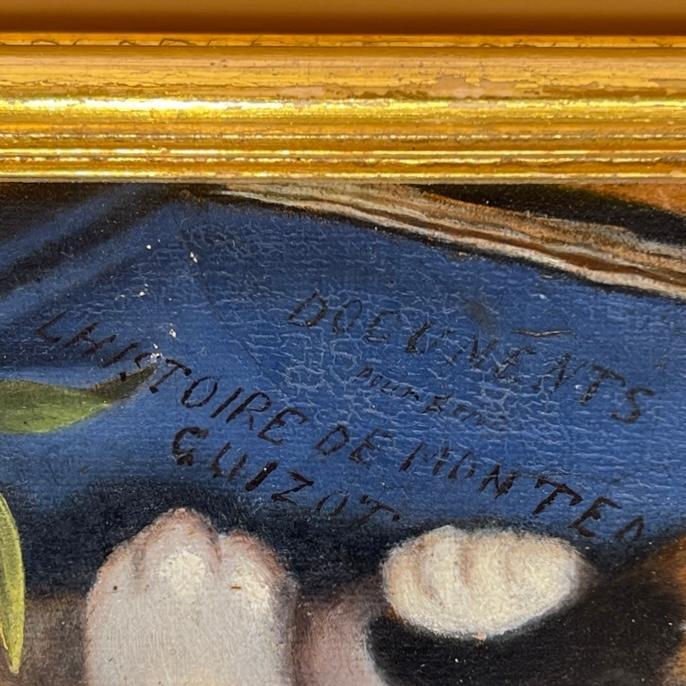 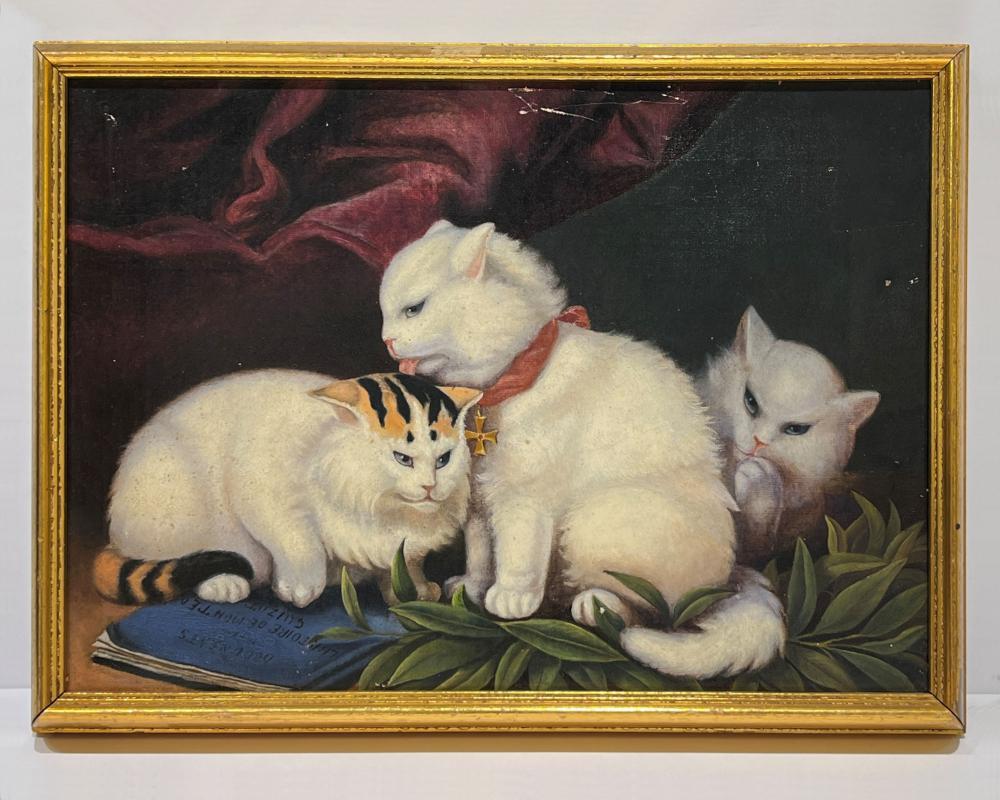 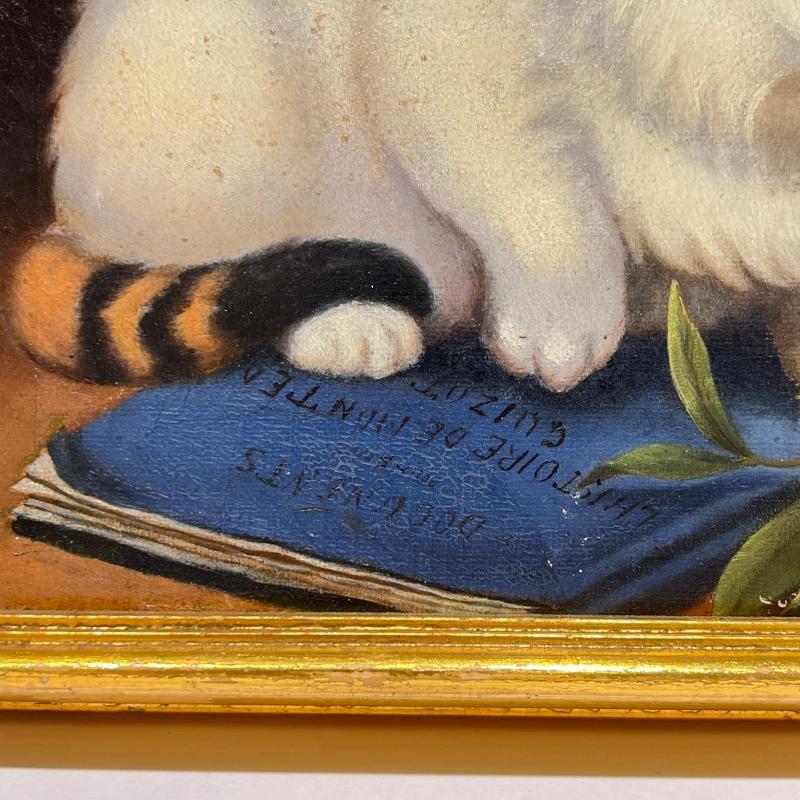 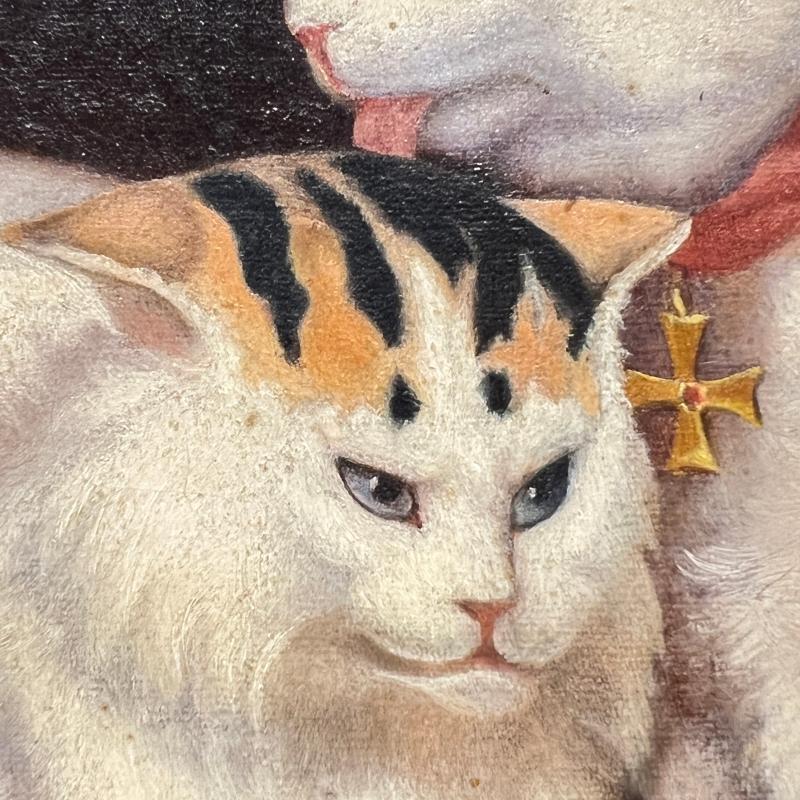 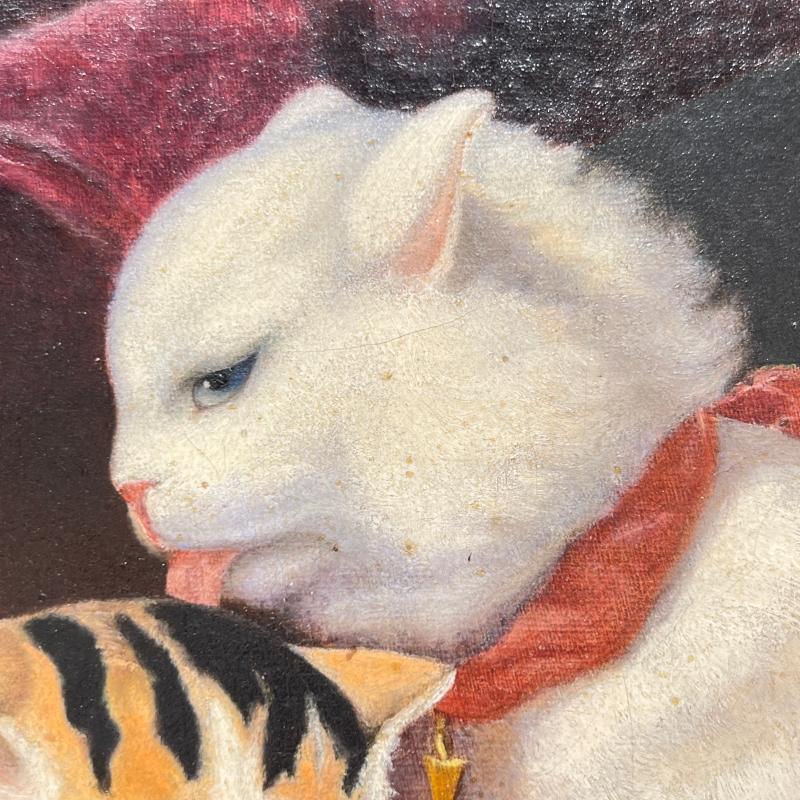 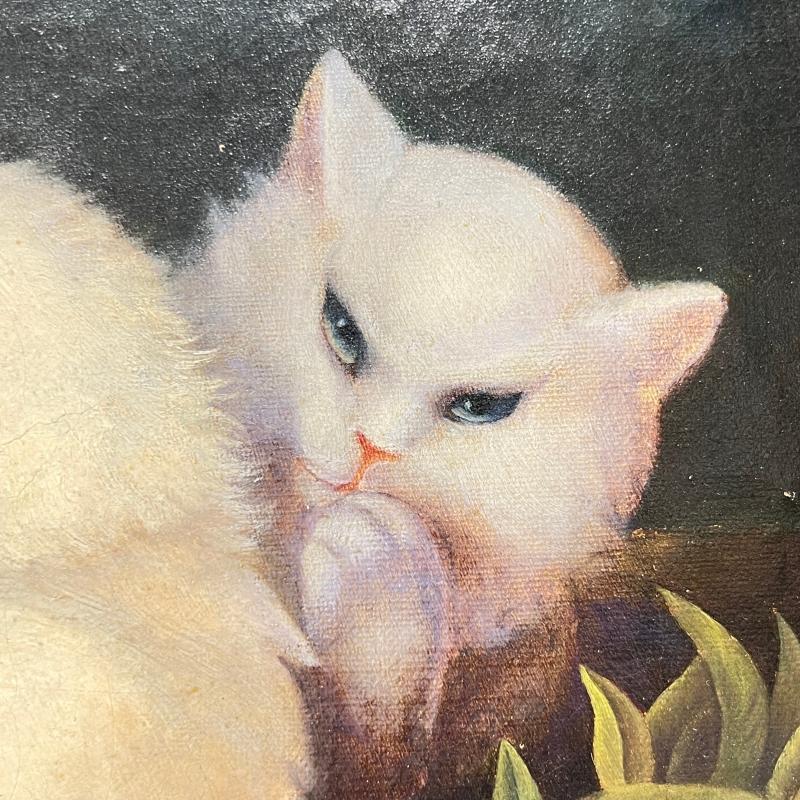 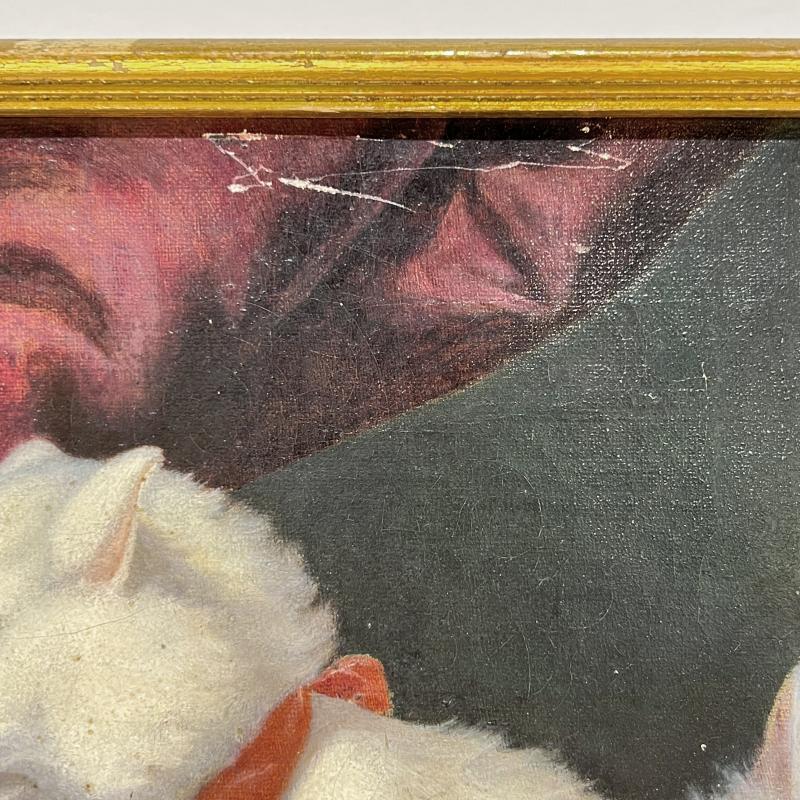 Our client's lovely feline portrait oil on canvas of French origin dates from the 19th century and depicts three exotic house cats, including one wearing a gold Maltese cross with gemstone.  Stretcher measures 10 by 14 inches and the giltwood frame measures 11 1/4 by 15 by 1 1/4 inches.  Apparently unsigned.  An ntriguing book cover is shown upside down in the lower left corner whose title reads:

The cat's paw covers the remaining portion of the book's title.  We believe it likely refers to the celebrated French historian, writer and politician, Francois Guizot (1787-1874), who was a leading political reformer from the early 19th century until his passing.

A moderate liberal, after the fall of Napoleon in 1814, Guizot was selected to serve the government of King Louis XVIII as secretary-general of the ministry of the interior, under the abbé de Montesquiou. Upon the return of Napoleon from Elba he immediately resigned on 25 March 1815, and returned to his literary pursuits.  He later opposed the attempt by King Charles X to usurp legislative power and worked to sustain a constitutional monarchy following the July Revolution of 1830. He then served the "citizen king" Louis Philippe as the Minister of Education, 1832–37, ambassador to London, Foreign Minister 1840–1847, and finally Prime Minister of France from 1847 to early 1848.

Thus, we believe the title of the book depicted in the painting refers to the abbe de Montesquiou where he lived and worked in 1814.

In good condition, with some scratches, abrasions and small areas of paint loss.