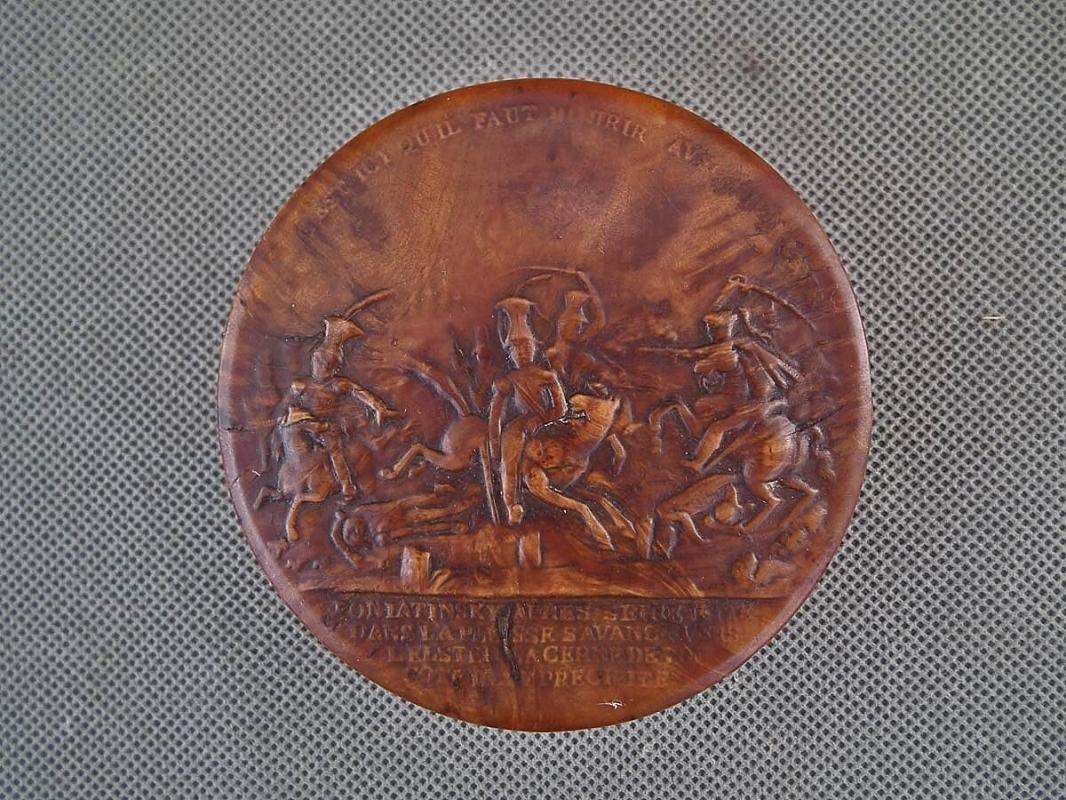 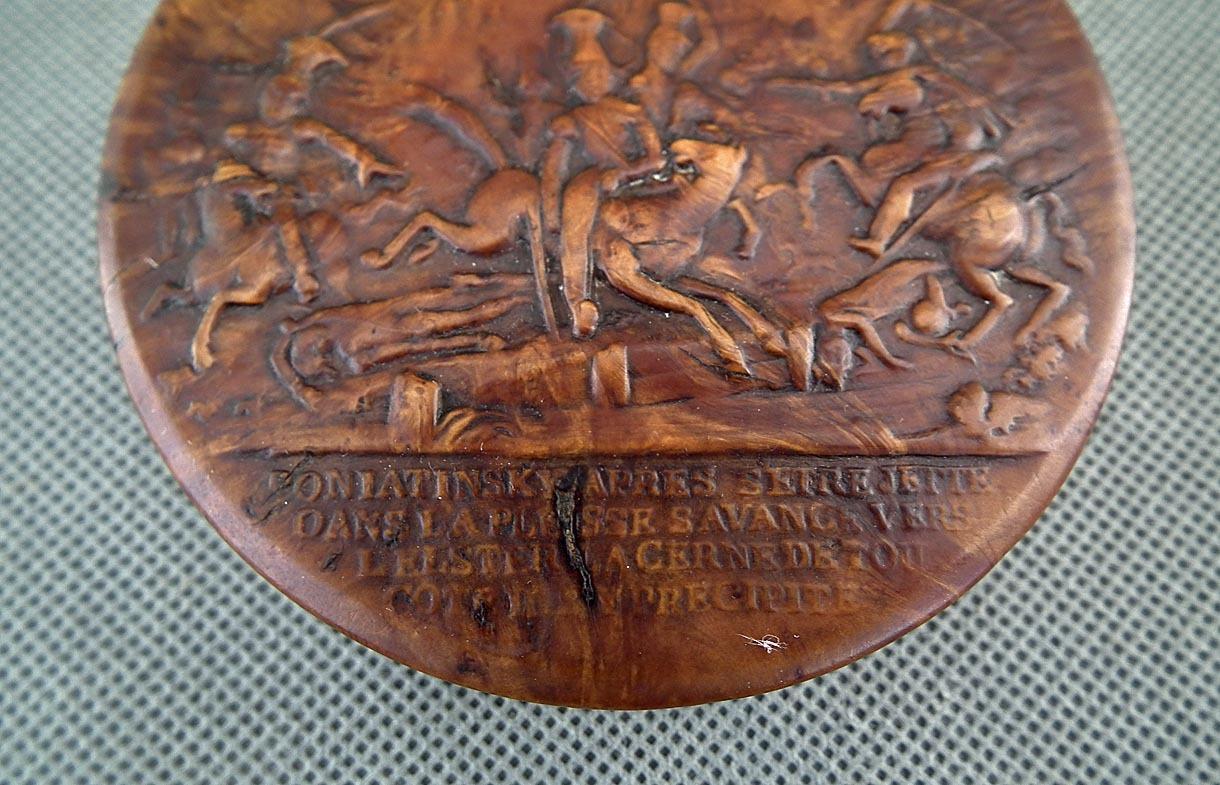 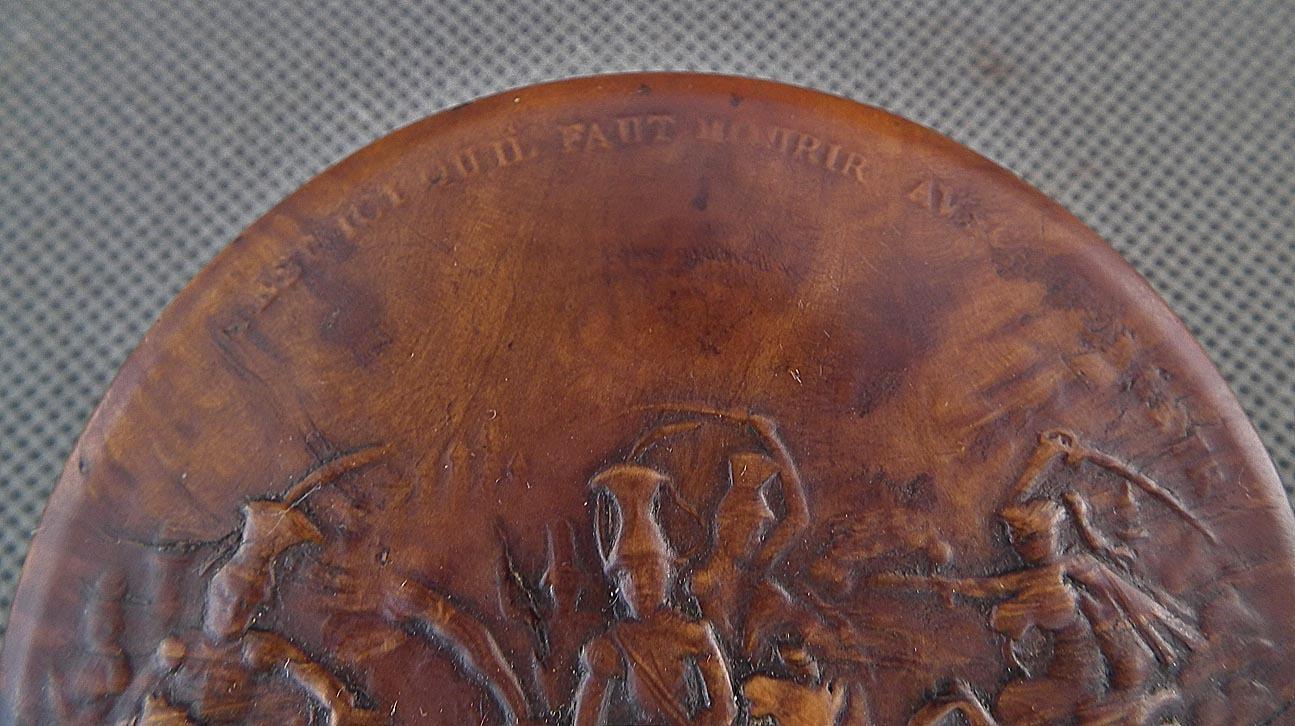 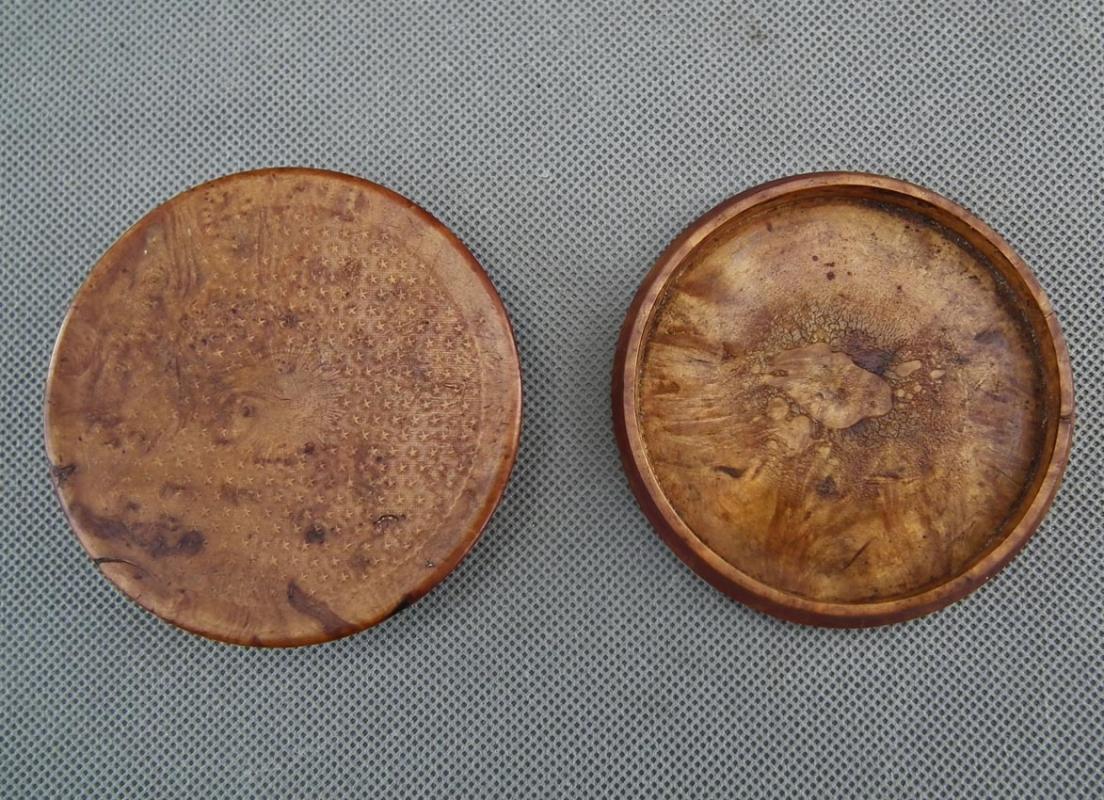 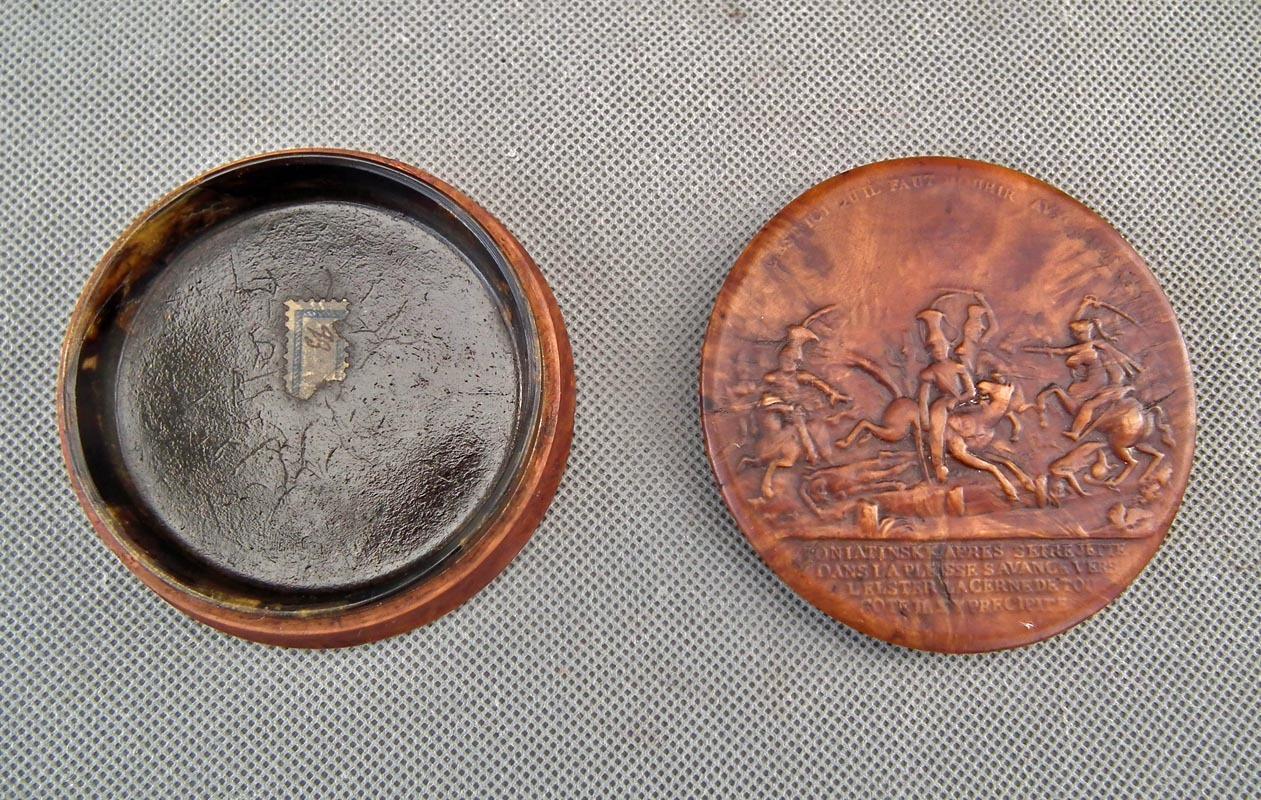 Antique, French Napoleonic from the beginning of the 19th century, around 1815, circular snuff box made of pressed burr maple and lined with a horn.

The detachable cover is decorated with an equestrian battle scene, depicting Prince Józef Poniatowski riding his horse into Elster River during the Battle of Leipzig.

Prince Józef Antoni Poniatowski was a Polish leader, general, minister of war, and army chief who became Marshal of the French Empire was killed while crossing the river Elster during the battle of Leipzig on 19 October 1813.

CONDITION: In very good condition for an antique made of a wood artifact that is over 200 years old.