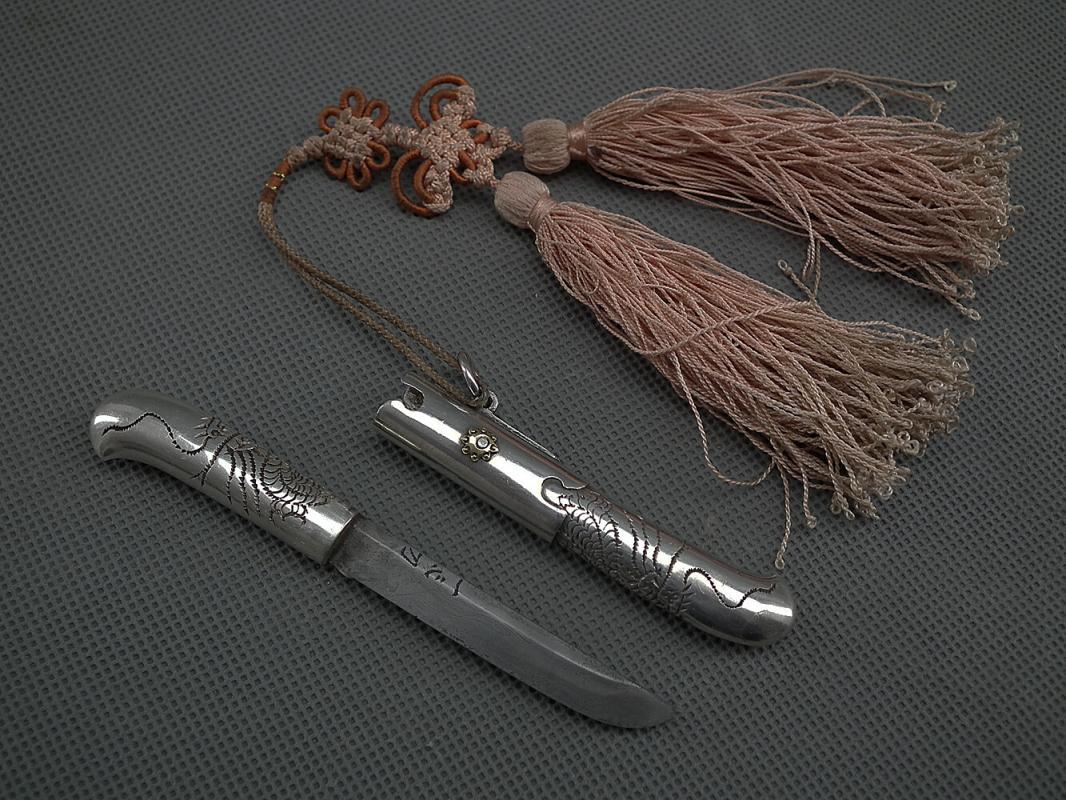 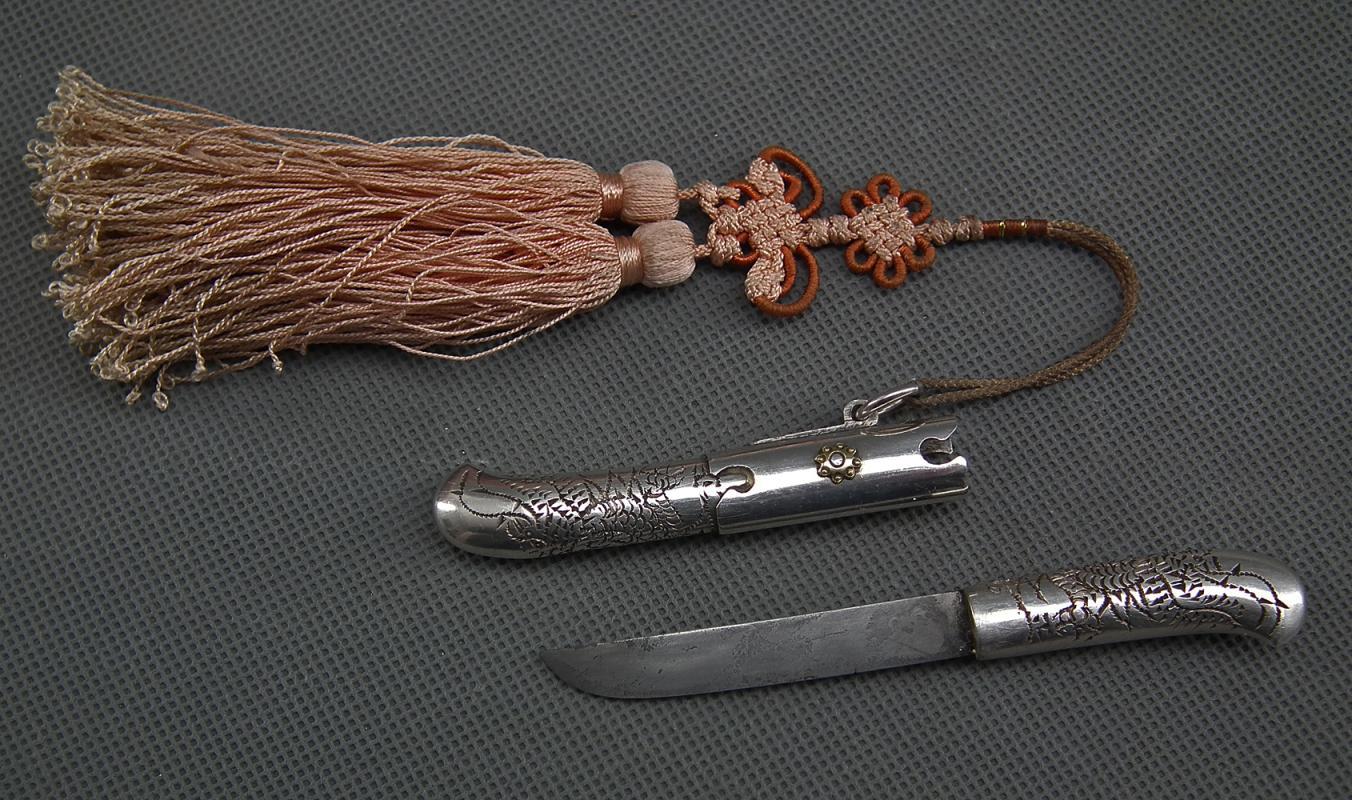 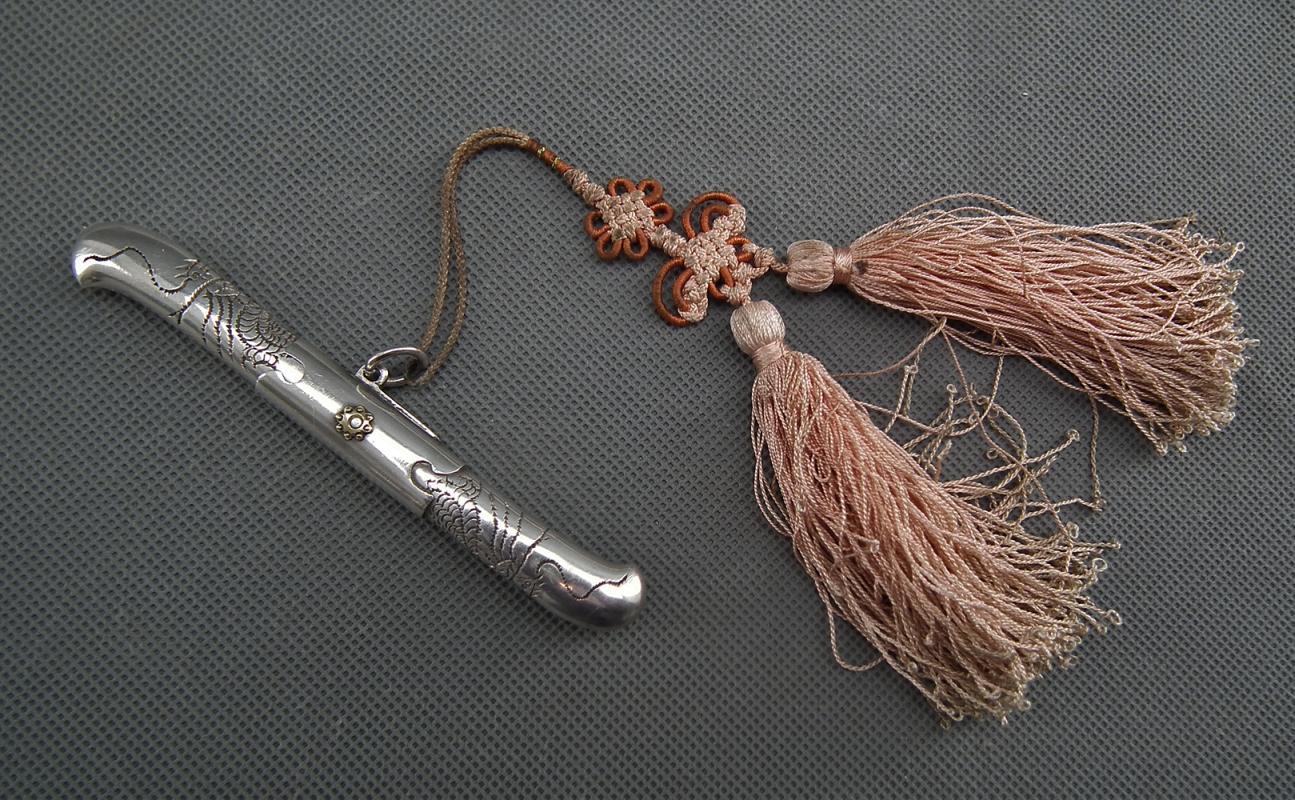 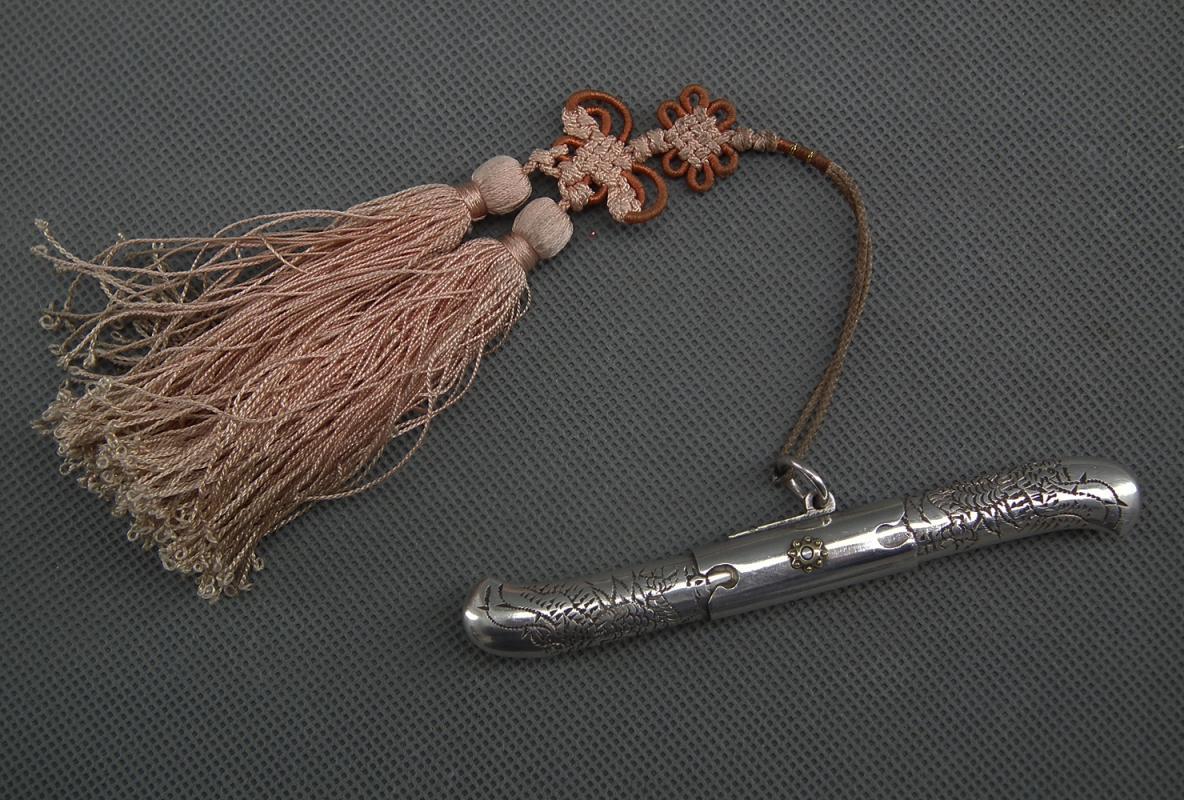 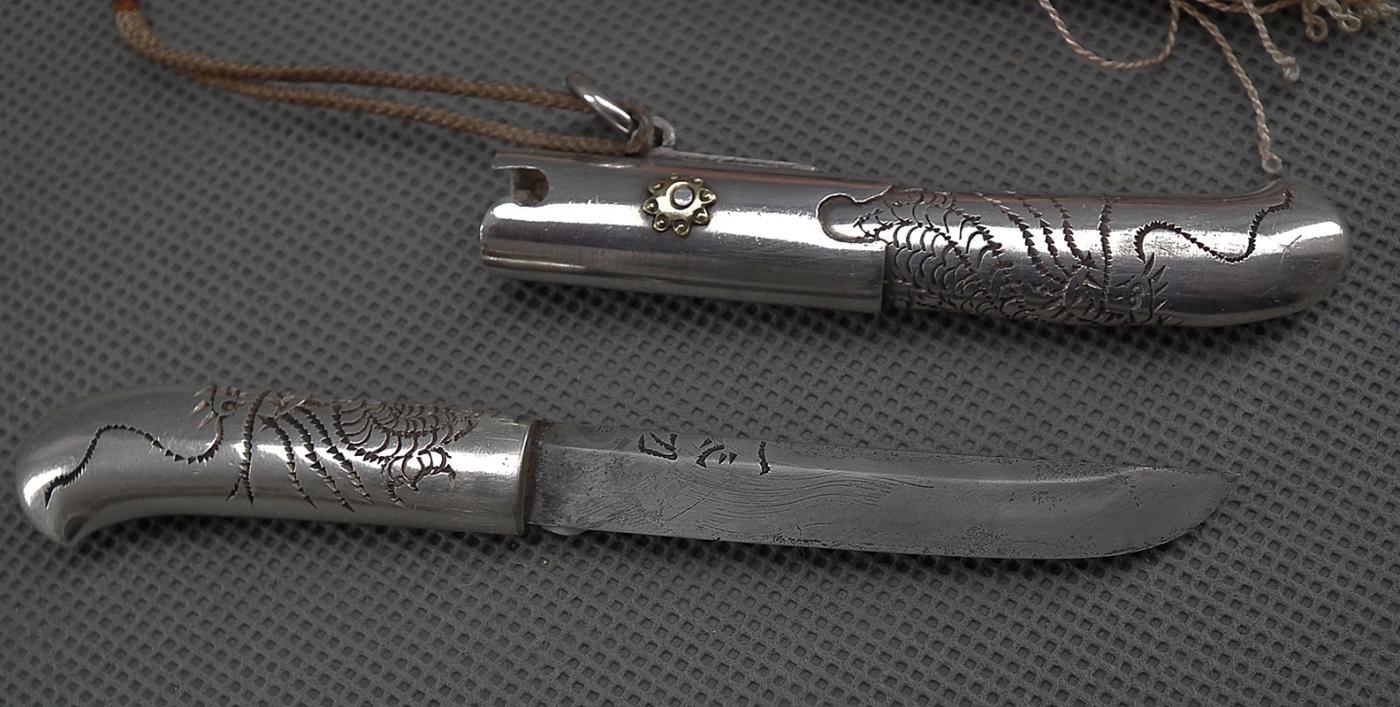 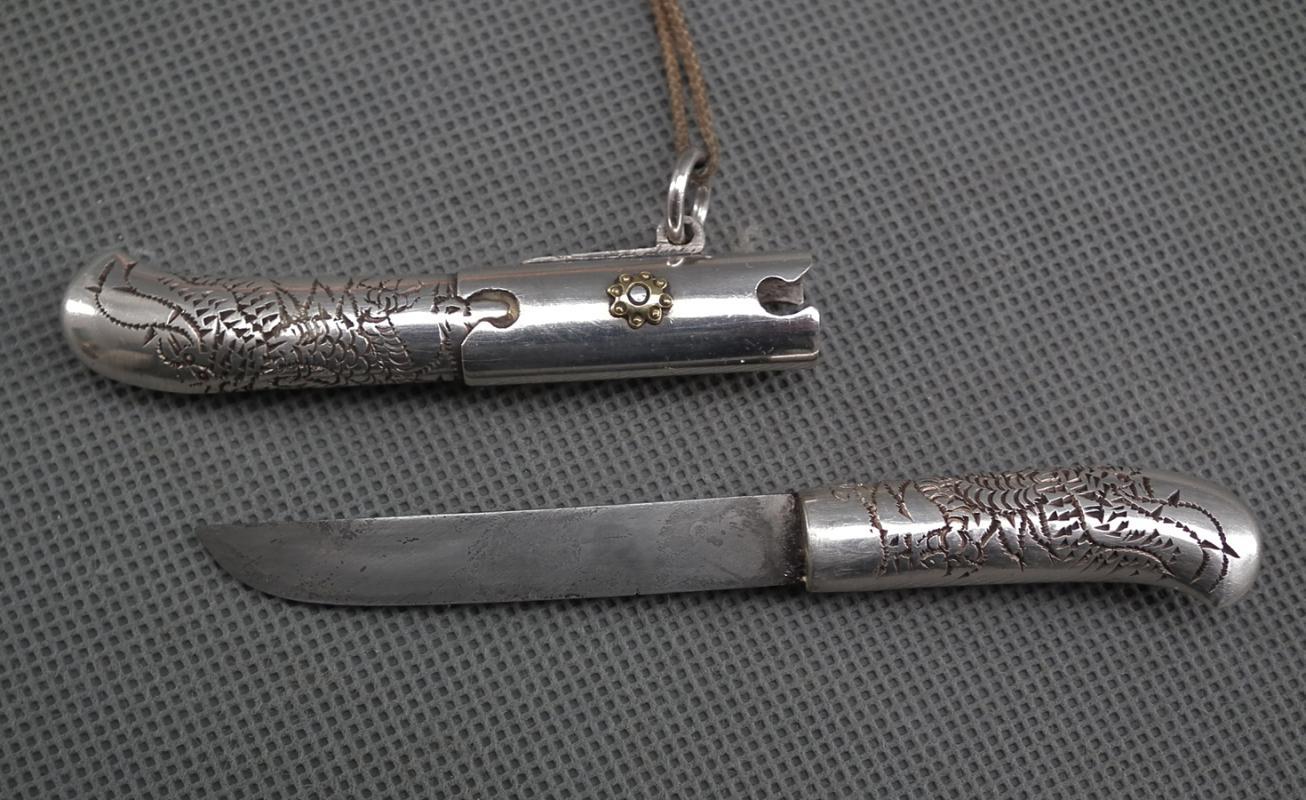 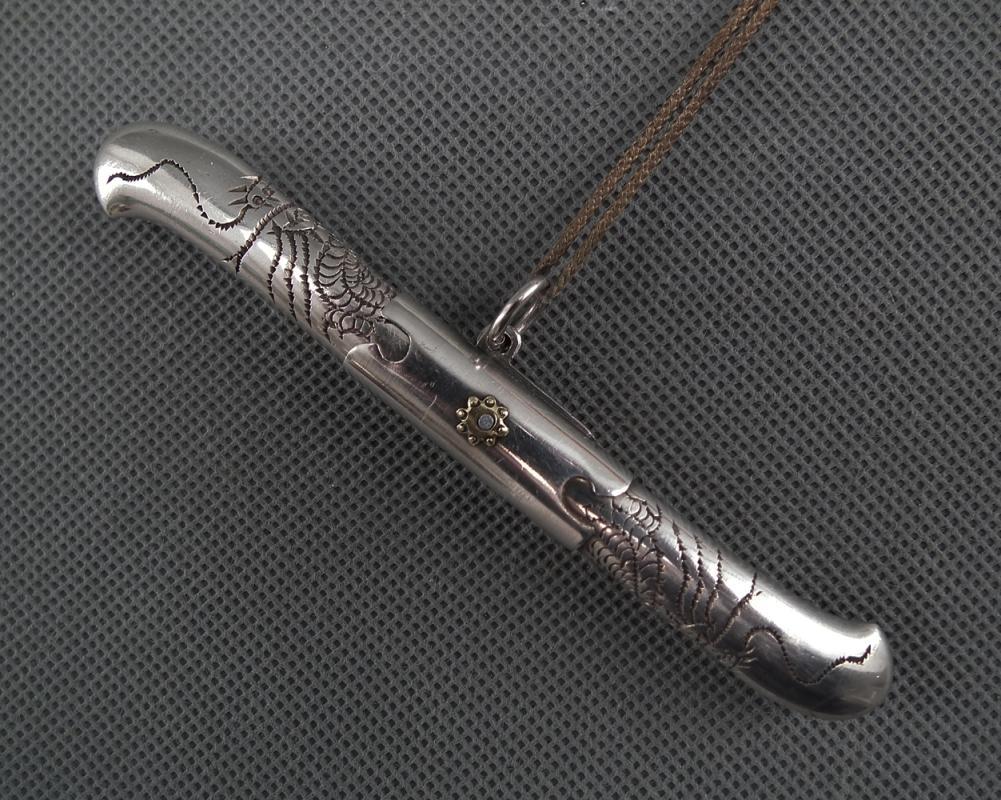 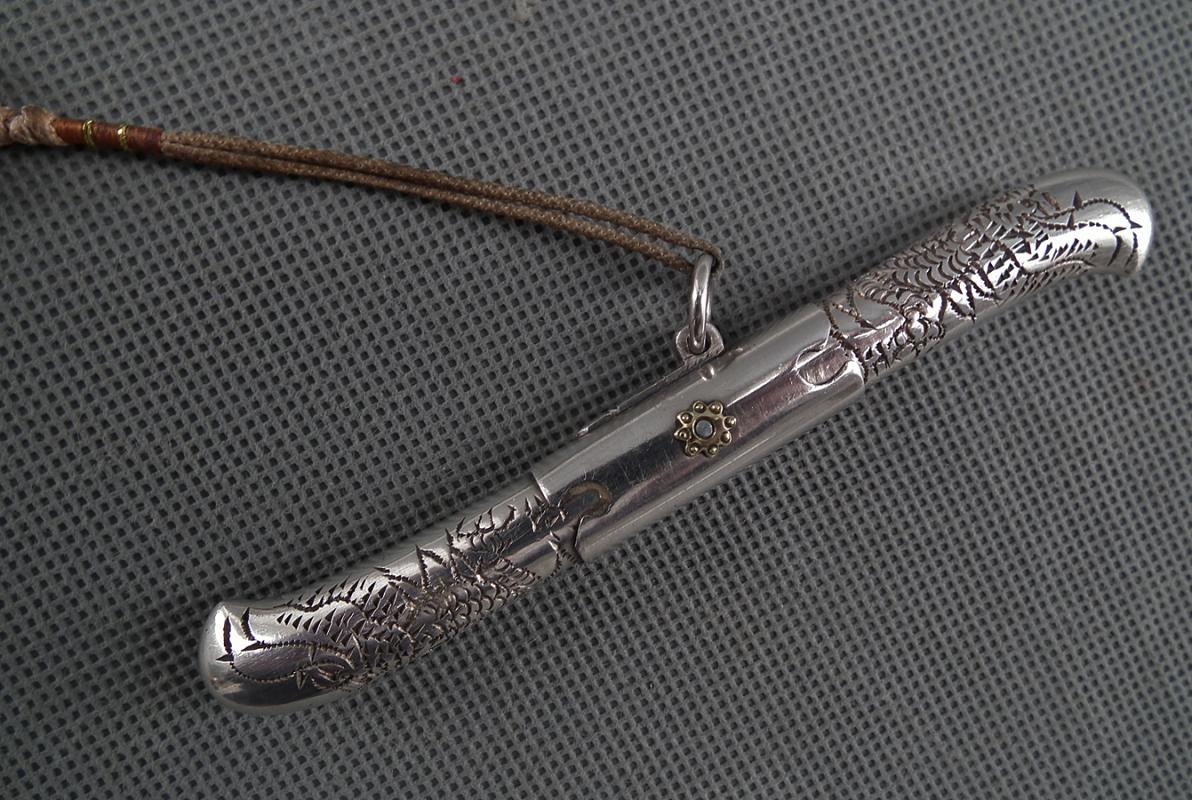 The ornate scabbard and hilt are made of solid silver. A beautiful hand-forged, slightly curved, very sharp sturdy blade shows signs of a forge folded construction pattern with a nice temper line - hamon. The blade is inscribed with Chinese characters, which can be found on some Eunjangdo blades.

The scabbard and hilt are finely engraved with a dragon. The middle of the scabbard is applied with suspension mounts and a hanging ring set with braided pink silk tassels.

CONDITION: In good condition considering its age. The blade has some minor staining.

Please note that the pictures in the listing are part of the description of the object's condition.

Korean upper classes women were carrying these knives insides of their Hanbok (traditional clothing) to protect themselves or commit suicide if their honor was in danger in the event of sexual assault.

It is believed that the tradition started after the Japanese invasions in the sixteenth century when women were in danger from foreign soldiers.

Antique Korean edged weapons are scarce, presumably because of the culture's own disdain for weapons combined with large-scale disarmament under Japanese occupation. During the Japanese Occupation, almost all swords and knives were confiscated and destroyed. After the occupation (1945), strict laws were enacted against ownership of edged weapons, and this means that antique examples of Korean swords and knives are rare. For Korea, the period between 1865 and 1960 has been a very violent one, during which many lives were lost, and many artifacts and antiques were lost and destroyed.