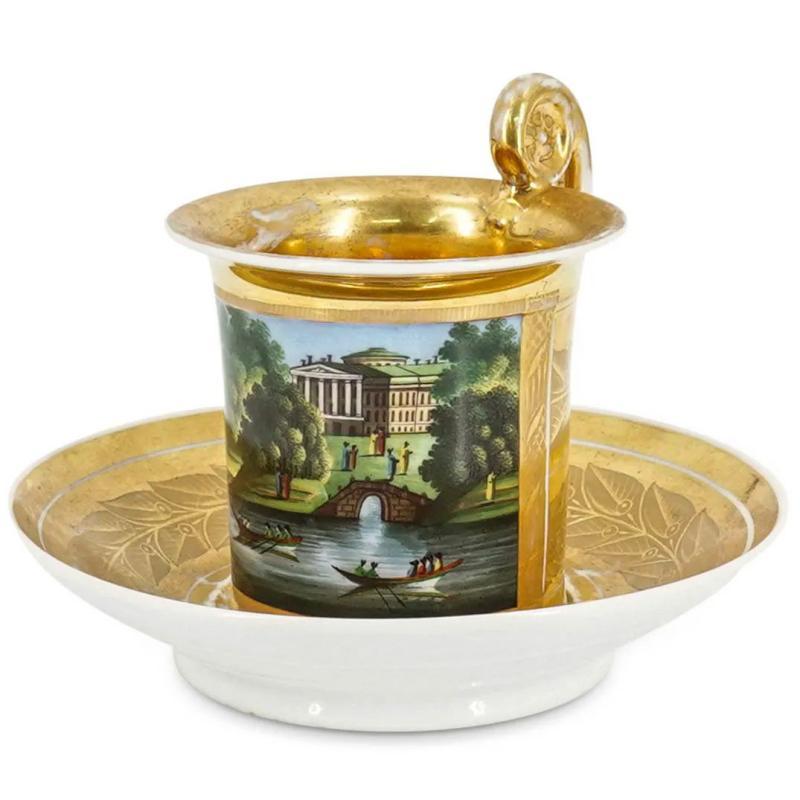 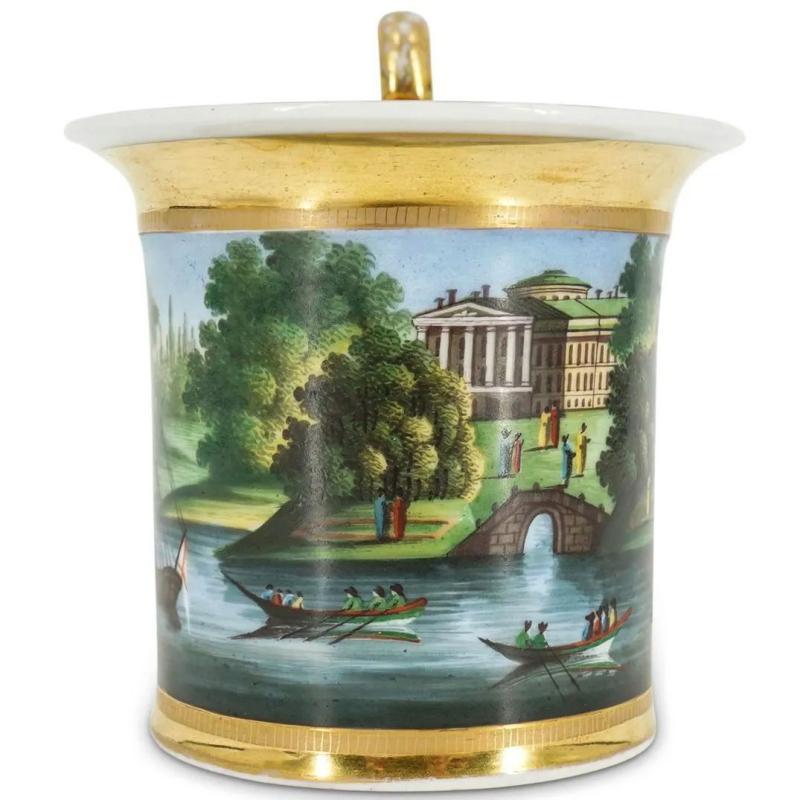 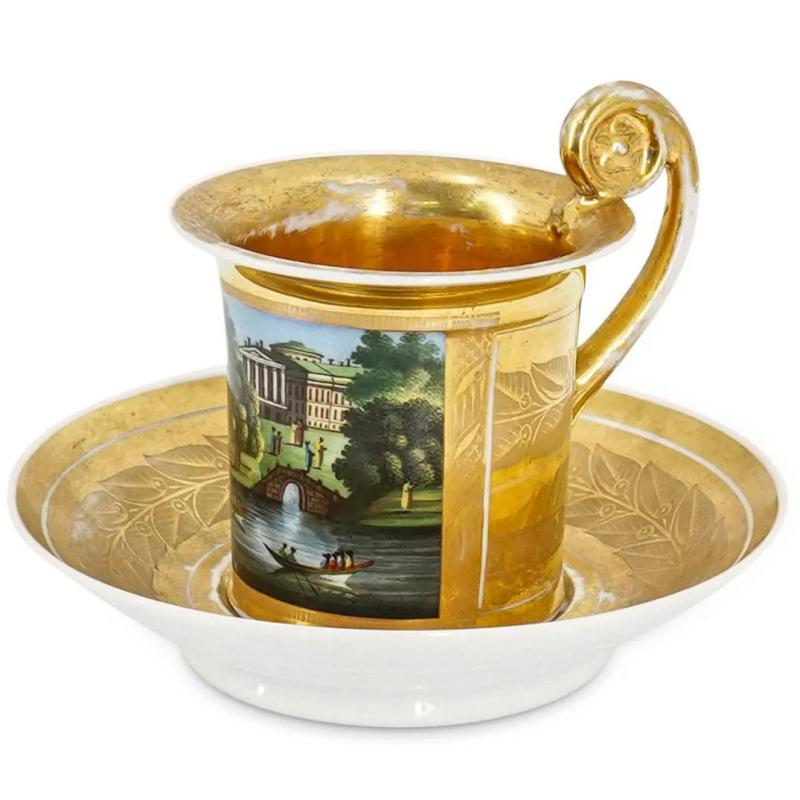 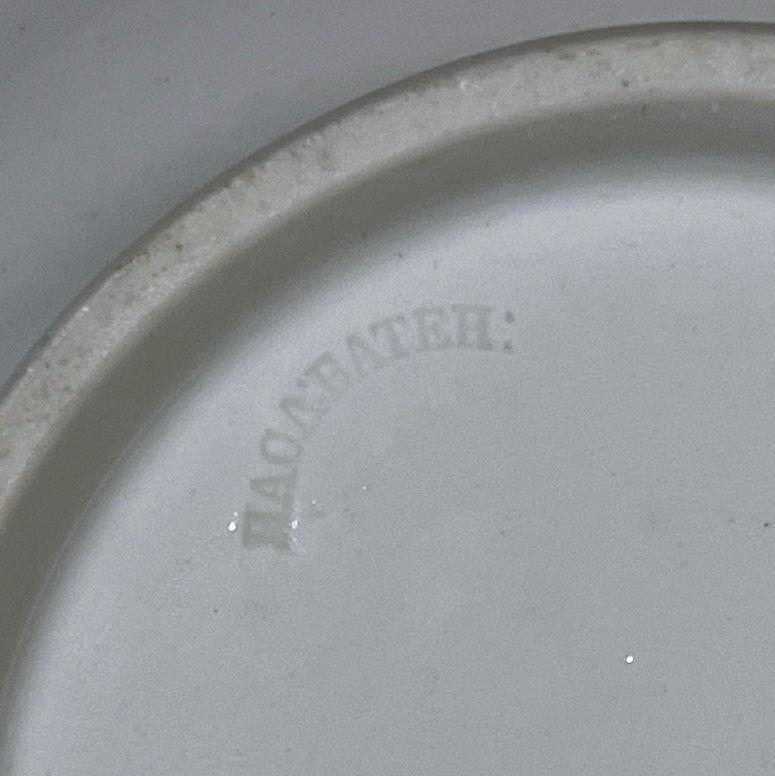 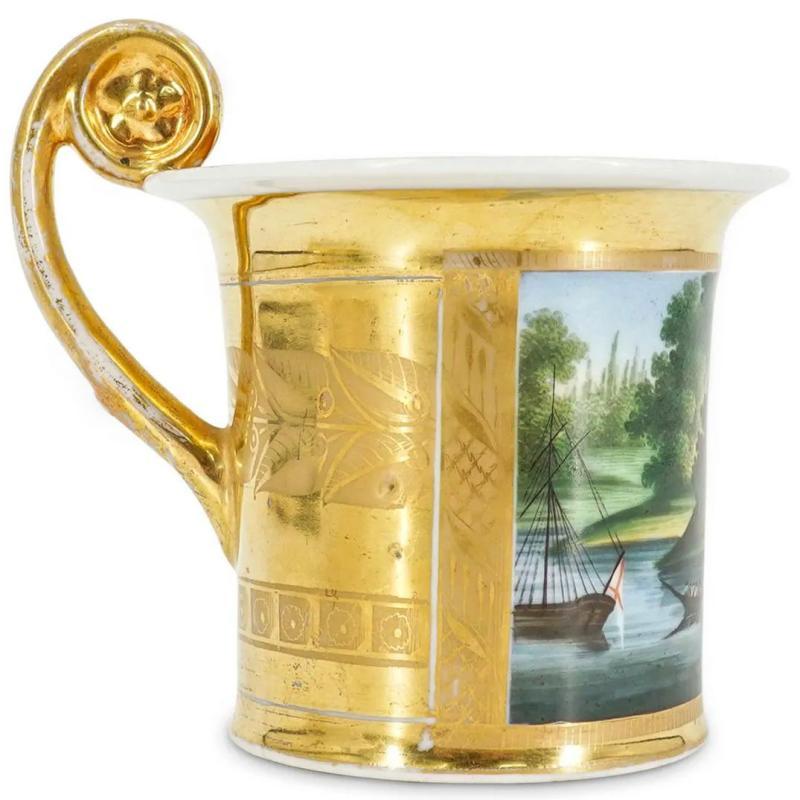 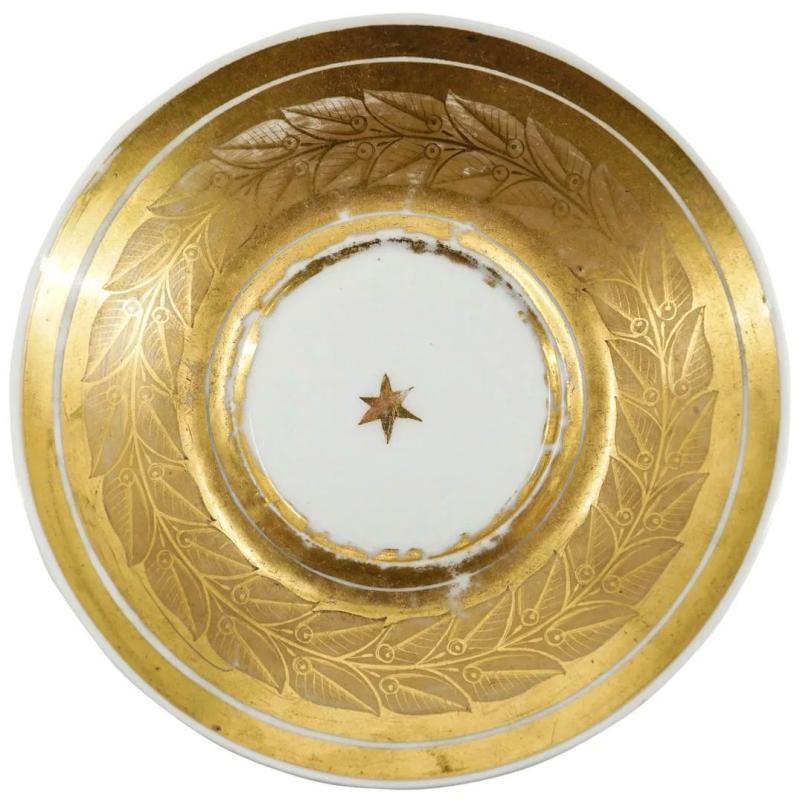 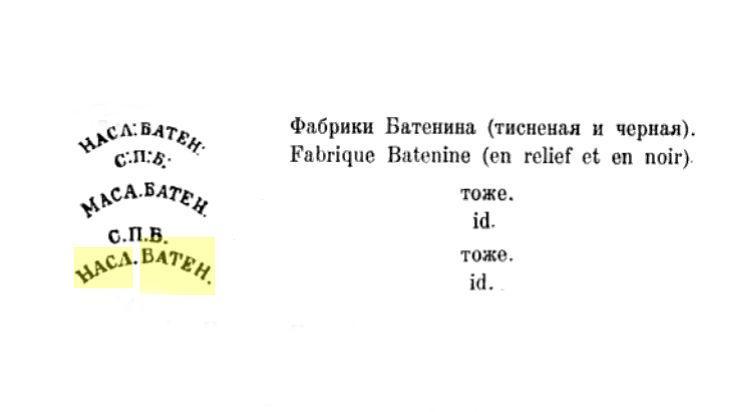 Our lovely porcelain cup and saucer from the Batenine factory in Saint Petersburg dates from circa 1820s.  It features extensive gilt designs and a charming painted scene depicting boats on the Neva river with the Pavlosk Palace in the background. Saucer with the impressed mark HACABATEH.  Cup is 4 1/4 inches tall and the saucer 4 3/4 inches across.

In very good condition. There is rubbing wear and scratches.

The Great Palace at Pavlovsk was an imperial residence built by the order of Catherine the Great for her son, the Grand Duke Paul, in Pavlovsk within the city of Saint Petersburg. After his death, it became the home of his widow, Maria Feodorovna. The palace and large surrounding gardens are now a state museum and public park.

A wealthy merchant in Saint Petersburg, Philip Batenin, established his porcelain factory in 1811. Batenin won a gold medal at the 1829 Manufacturing Exhibition in St. Petersburg, the first exhibition of its kind for Russian producers.  In the 1810s through 1838 they were the leading private producer of porcelain in Russia.  Following Russia's defeat of Napoleon, the firm became celebrated for their hand-painted depictions of members of the royal family and military, and important Russian landmarks such as the house of Peter the Great, the Smolny Cathedral, the Stock Exchange & Admiralty, Palace Square, Nevsky Prospect, the Palace at Pavlovsk, and the Peter and Paul Fortress.  The company suffered a catastrophic fire in 1838 from which the enterprise could not recover. Thereafter the Kornilov Brothers assumed the most prominent position among privately owned makers of Russian porcelain.