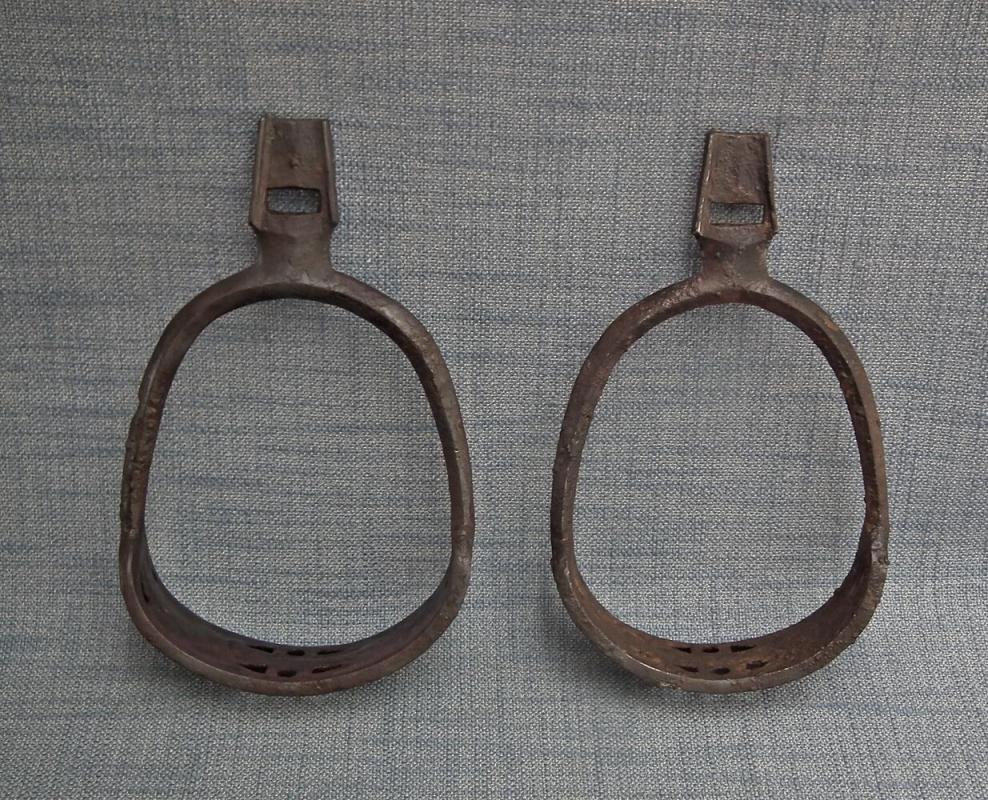 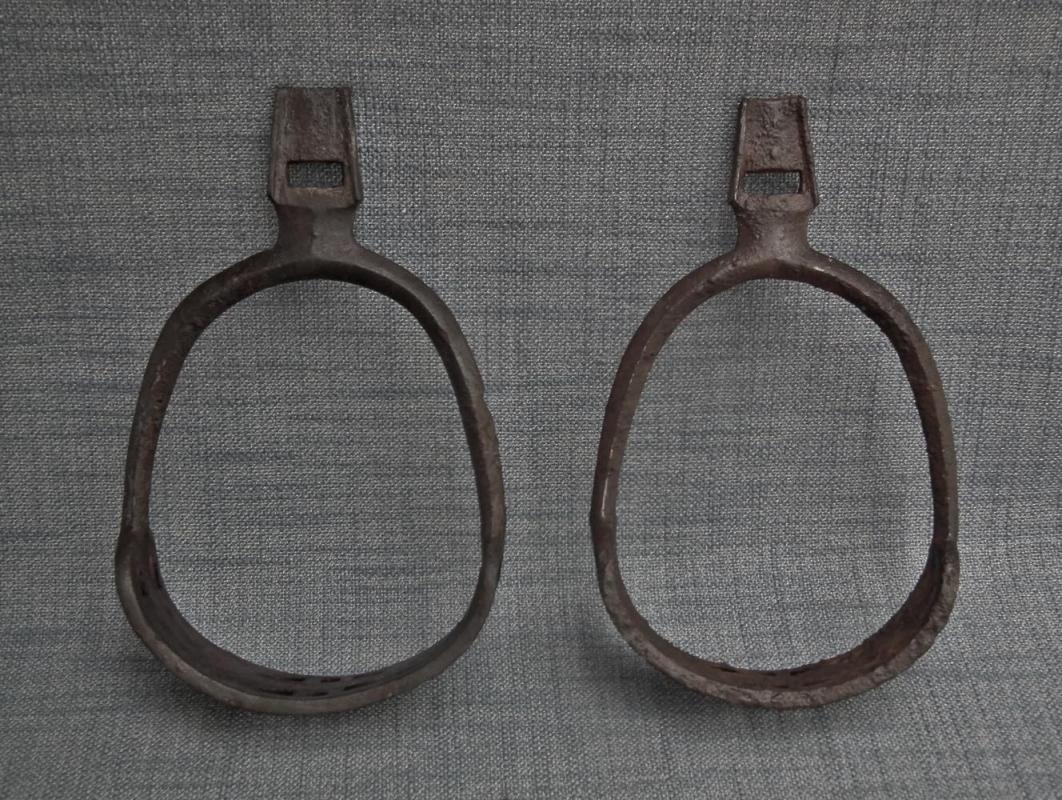 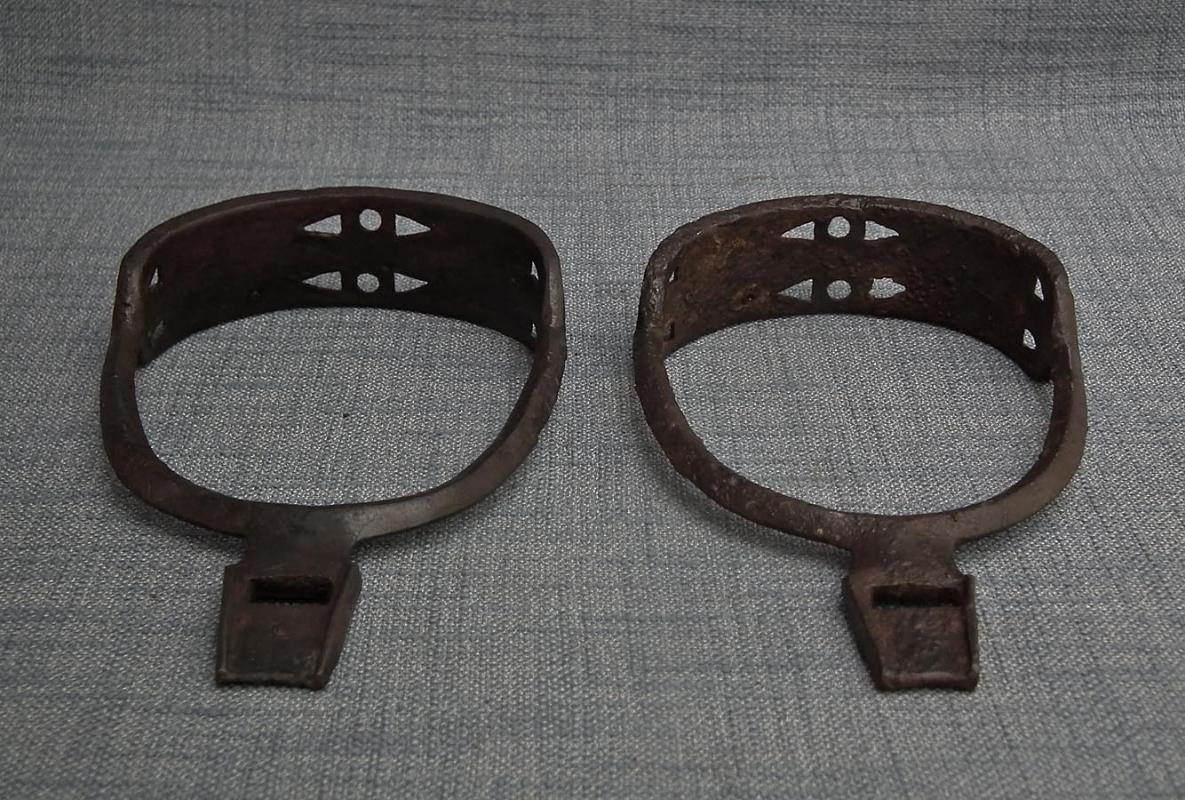 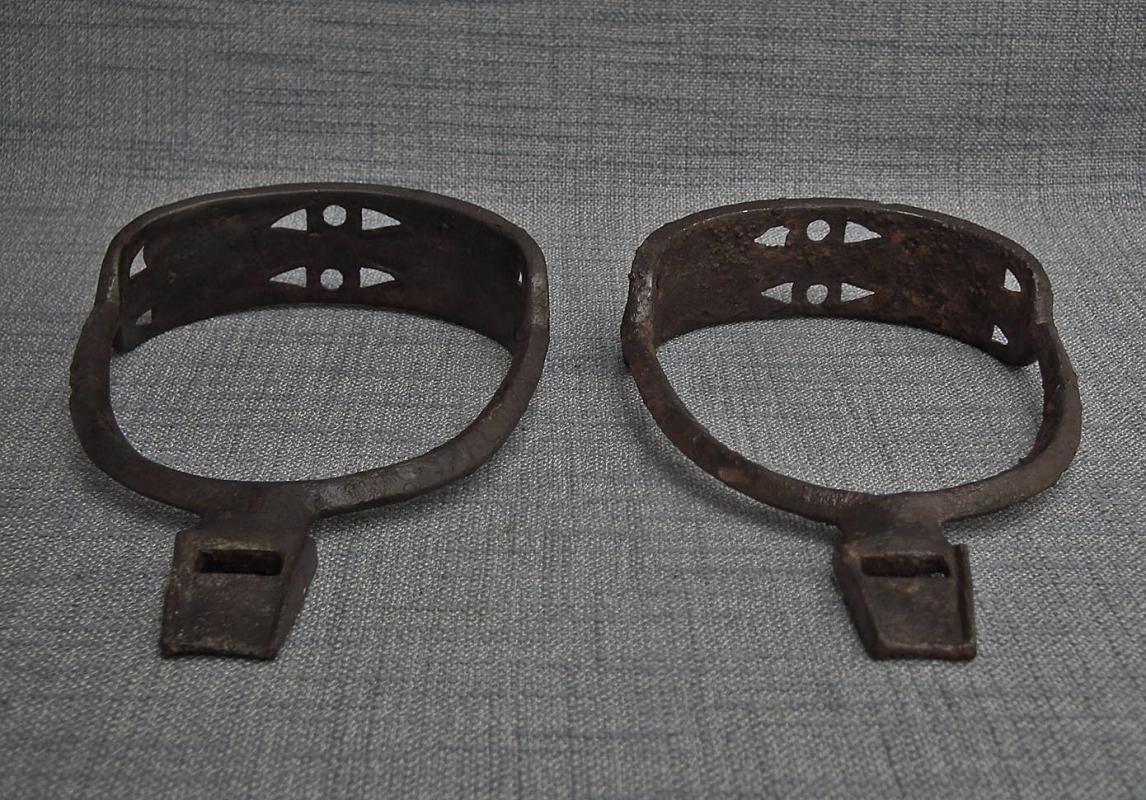 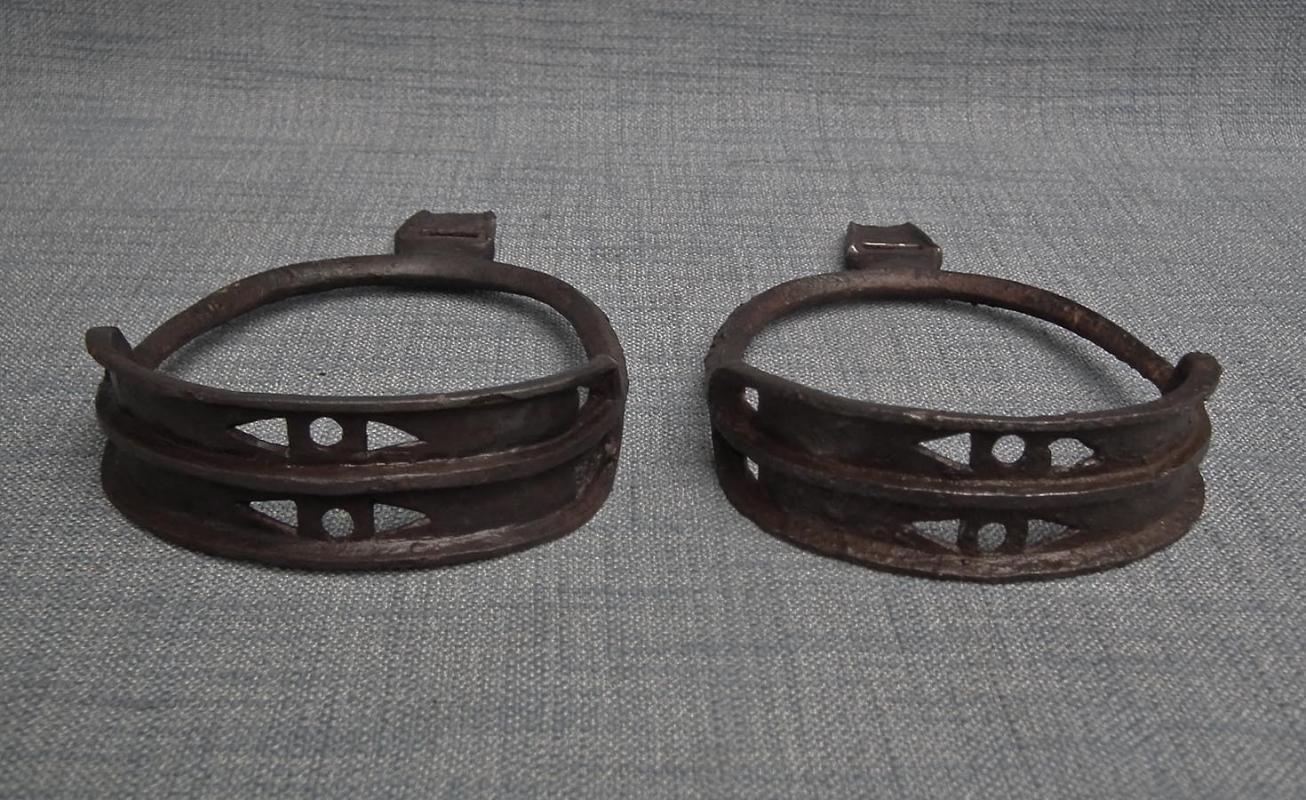 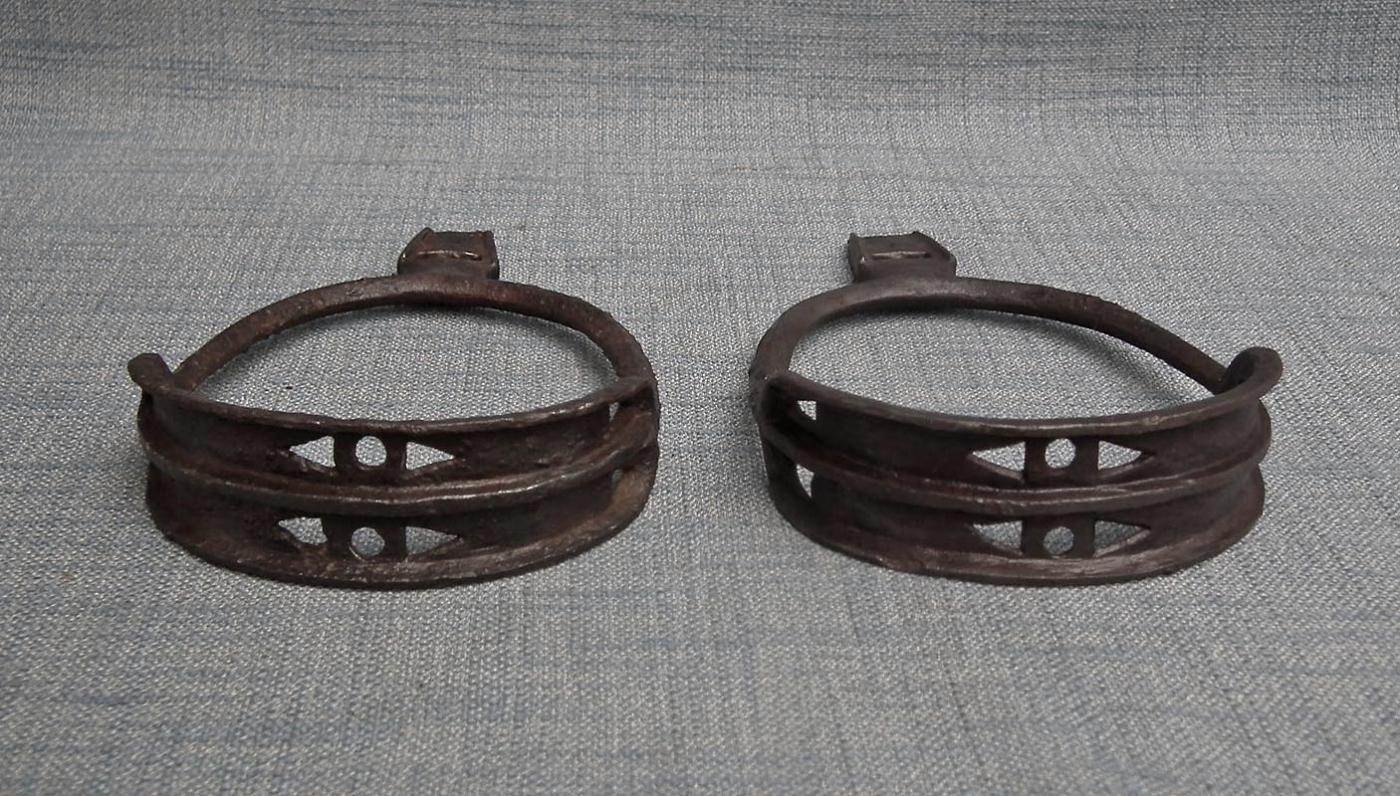 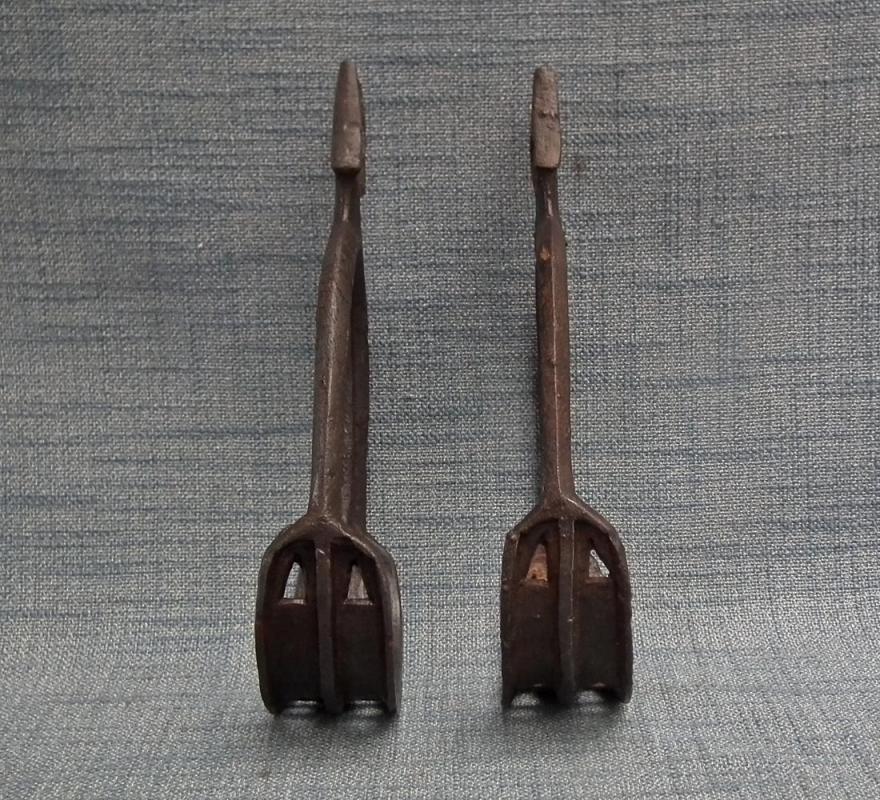 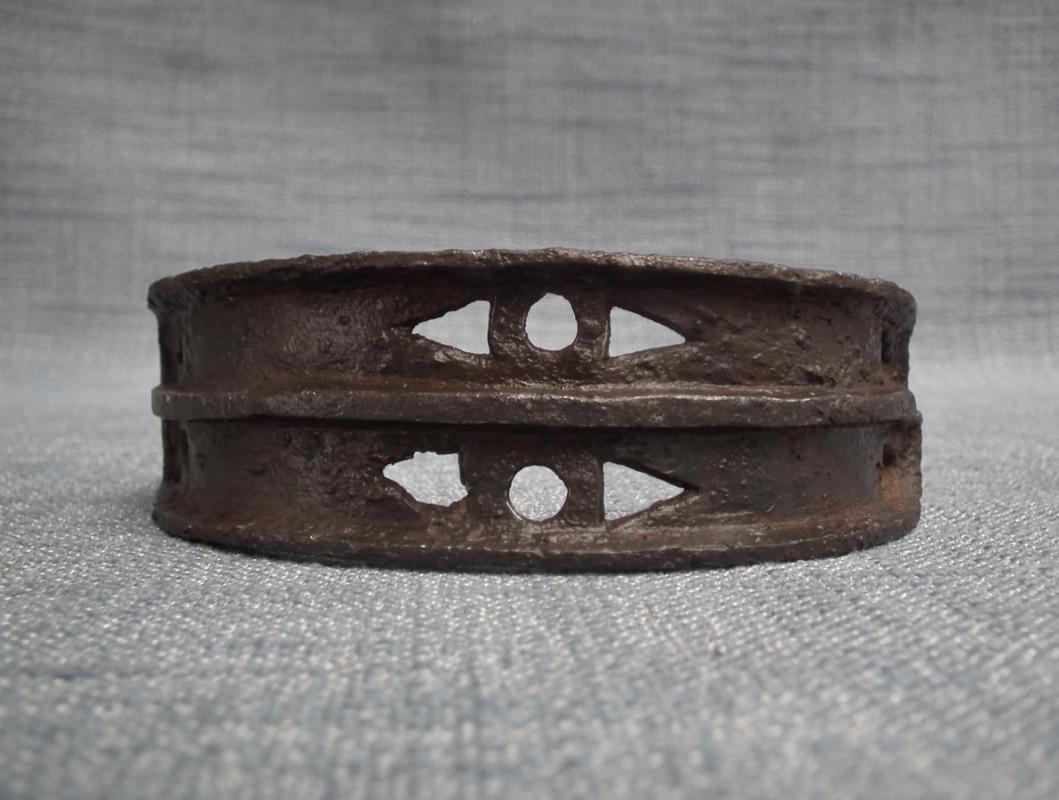 A very rare, museum-quality antique medieval pair of Avar iron stirrups from the 6th-7th centuries. Each with an arched crossbar, apple-shaped stirrups surmounted at the top with an elongated suspension loop pierced with a slot to receive a suspension strap. The concave footpad is ribbed at the bottom and pierced with triangular and circular holes for drainage.

We searched all available sources showing Avar stirrups in various museums and concluded that this is the best-preserved pair of Avar stirrups of all known Avar stirrups worldwide. Unfortunately, most of them are heavily corroded, mostly single stirrups, and rarely occur in pairs.

To see related Avar stirrups, please see the links below:

We will provide the buyer with photocopies from these two museums, together with a certificate of authenticity.

CONDITION: In excellent condition, considering its age to be over 1300 years old.

Please see all the 10 pictures in the listing since they are part of the object's condition description.

These types of stirrups have a military function, as they would permit near-absolute control on the part of the rider, and horses were an important aspect of Avar military power.

Avars, were an alliance of several groups of Eurasian nomads of unknown origins, who, playing an important role in eastern, central and southern Europe (6th–9th century), engaged in wars against Byzantium and against the Merovingians.

They built an empire in the area between the Adriatic and the Baltic Sea and between the Elbe and Dnieper rivers (6th–8th century). Inhabiting an area in the Caucasus region in 558, they intervened in Germanic tribal wars, allied with the Lombards to overthrow the Gepidea (allies of Byzantium), and between 550 and 575 established themselves in the Pannonian plain between the Danube and Tisza rivers. This area became the center of their empire, which reached its peak at the end of the 6th century. The Avar Khaganate, which encompassed a territory corresponding roughly to modern-day Austria, Hungary, Romania, Serbia, Bulgaria down to and including parts of modern Turkey. The departure of the Lombards for Italy in 568 CE removed another hostile people from Pannonia, enabling Bayan I to expand his territories with relative ease and found the empire which lasted until 796A.D., when the Avars were conquered by the Franks under Charlemagne.