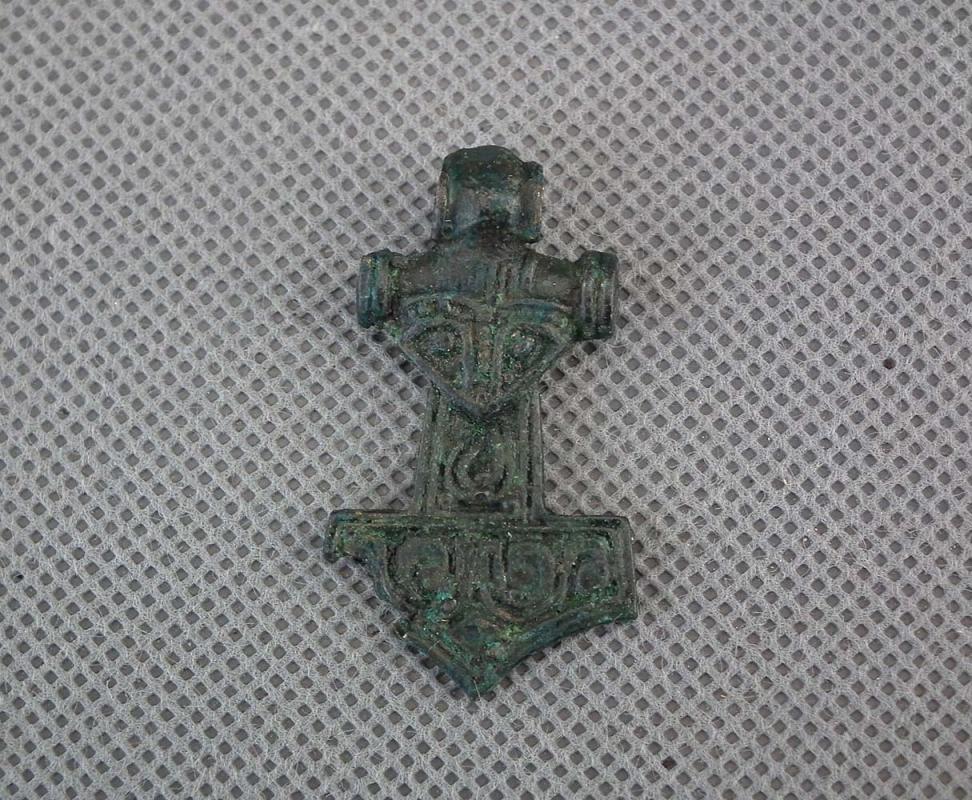 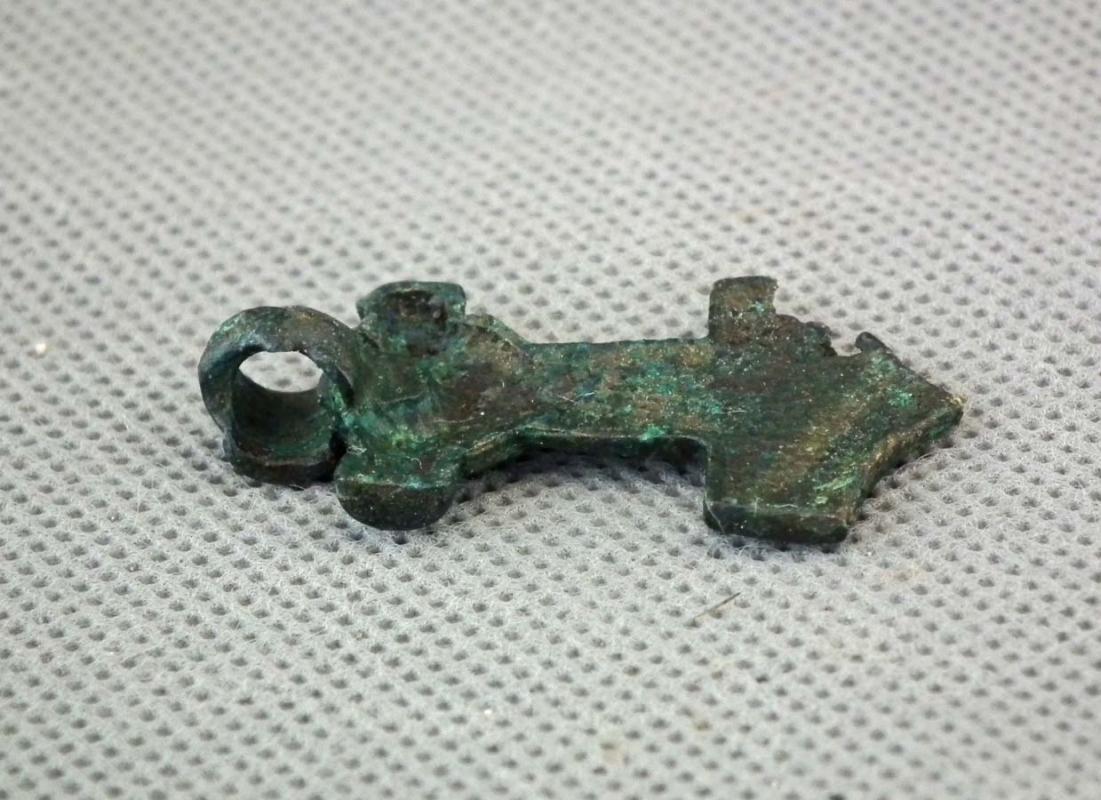 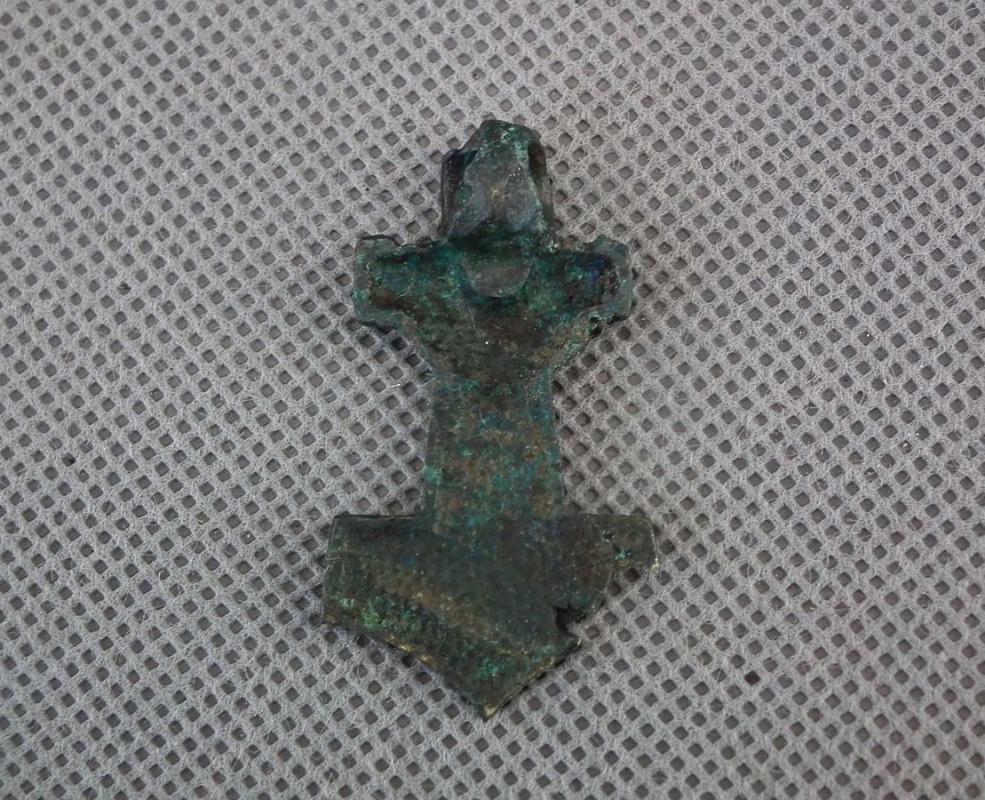 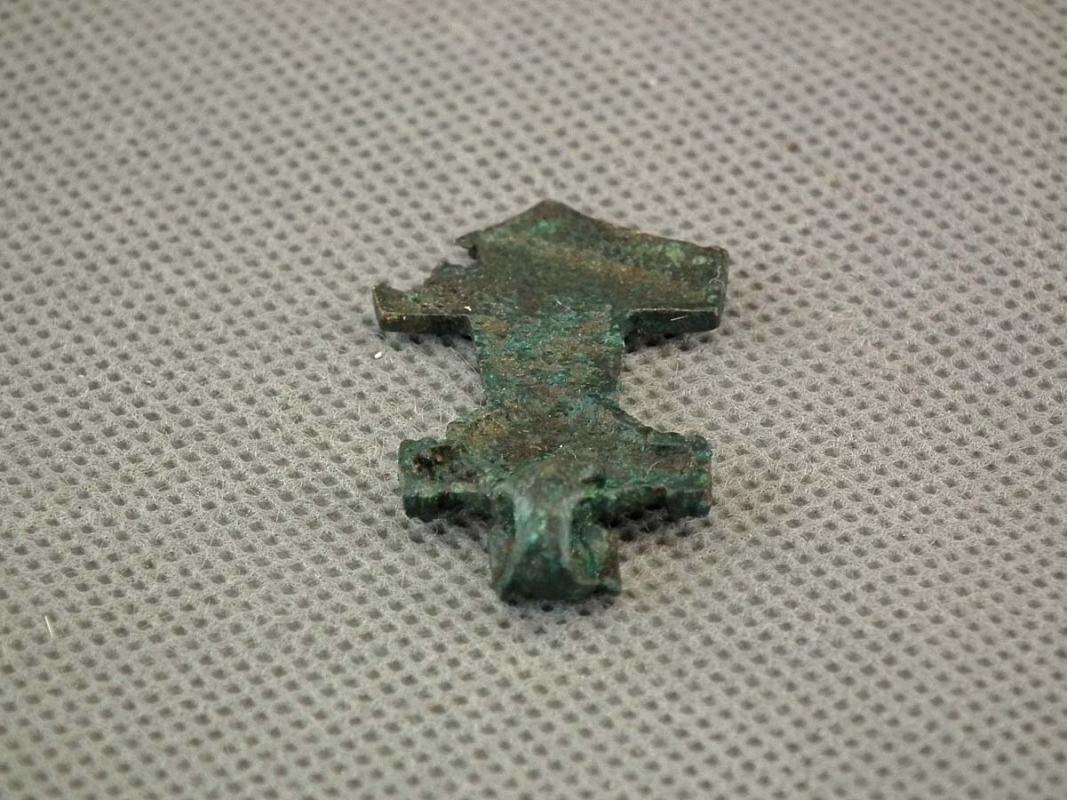 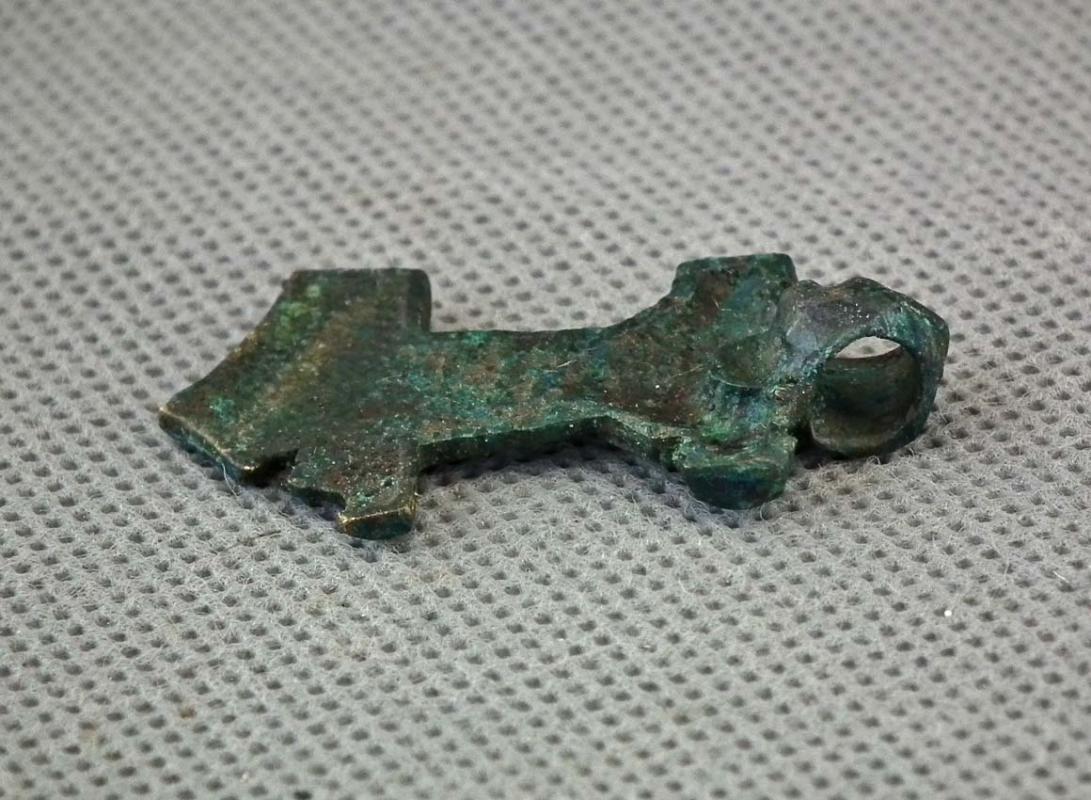 A very rare, antique, medieval (9th-10th century A.D.) Viking bronze pendant in the form of the famous Thor's hammer, Mjöllnir.
The pendant is cast with fine details; the front is decorated with a terminal in the form of a face mask (nose, eyes, and eyebrows in the beaded pattern) and surmounted with the bulbous ribbed loop for suspension. The shaft and the head of the hammer are adorned with distinctive interlocking, twirling Norse motifs bordered with lines.

Magic hammer Mjöllnir was the primary weapon of the Norse thunder god Thor. In the Norse myth, the only weapon that could rival Mjöllnir was Odin's Gungnir spear. According to the myth, Mjöllnir was a weapon that Thor used to defend Asgard and humanity and as a divine instrument to provide blessing.
The Vikings wore the "Mjöllnir" hammer to wish for Thor's presence in their life. When they participated in a battle, the hammer gave them the courage and physical strength of Thor to win the battle.
When they were home, the hammer would represent Thor's blessing used to bless births, funerals, and even weddings.
The etymology of the hammer's name 'Mjǫllnir' is disputed among historical linguistics. Old Norse Mjǫllnir developed from Proto-Norse melluniaR. One proposed derivation connects this form to Old Church Slavonic (Slavic) mlunuji and Russian molnija, meaning 'lightning' (either borrowed from a Slavic source or both stemming from a common source) and subsequently yielding the meaning 'lightning-maker.'
Thor's hammer finds are not limited to Scandinavia alone. Their distribution area extends over a large geographical region raided by the Vikings stretching from Ireland in the west to Russia in the east, as far as the Caspian Sea.
These pendants were made in many different forms and from various materials. Most of Thor's hammers were made of bronze, iron, and lead, but some were also gold, silver, and amber.

PROVENANCE: Acquired from a U.K. antiquities dealer by the previous owner.

CONDITION: It shows its age and uses, covered with a dark green patina. The head of the hammer is chipped. The back of the suspension loop is worn from use and slightly chipped on edge.