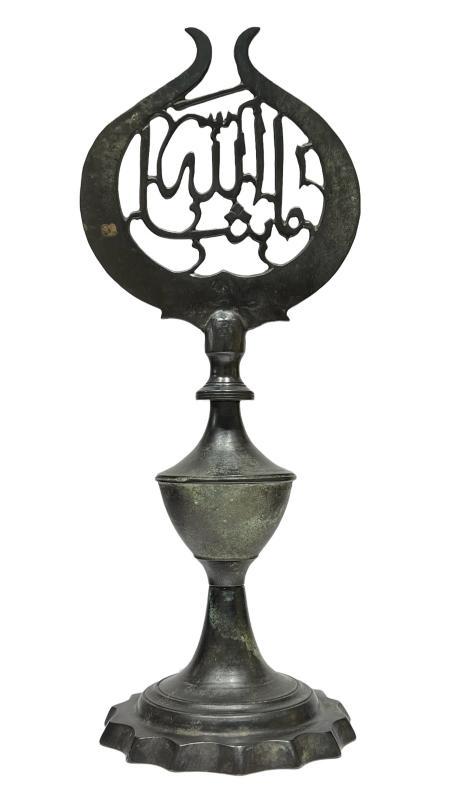 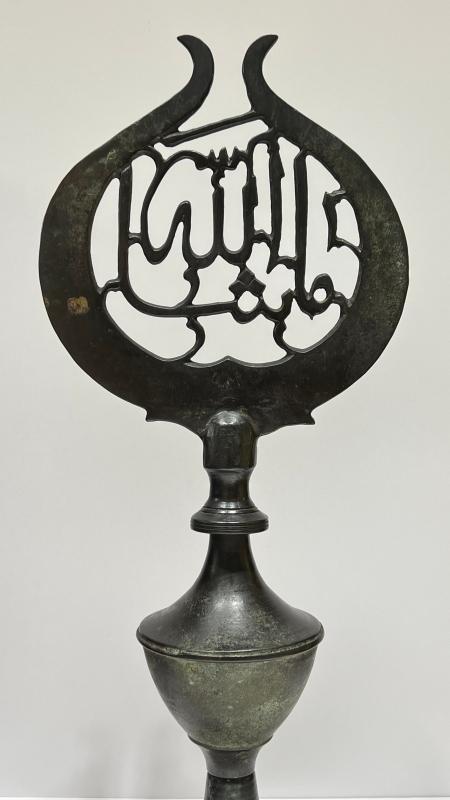 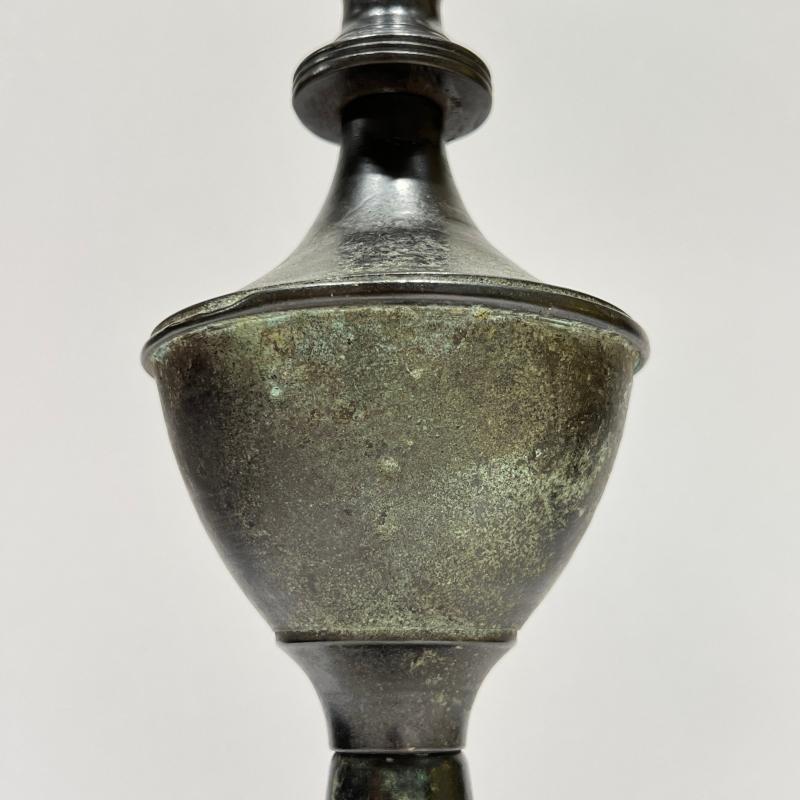 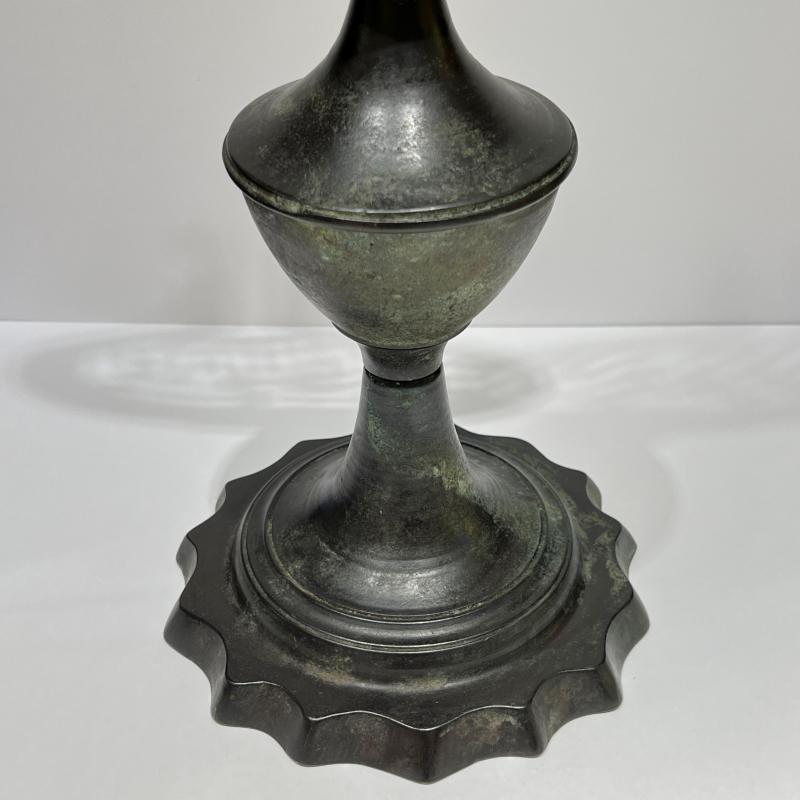 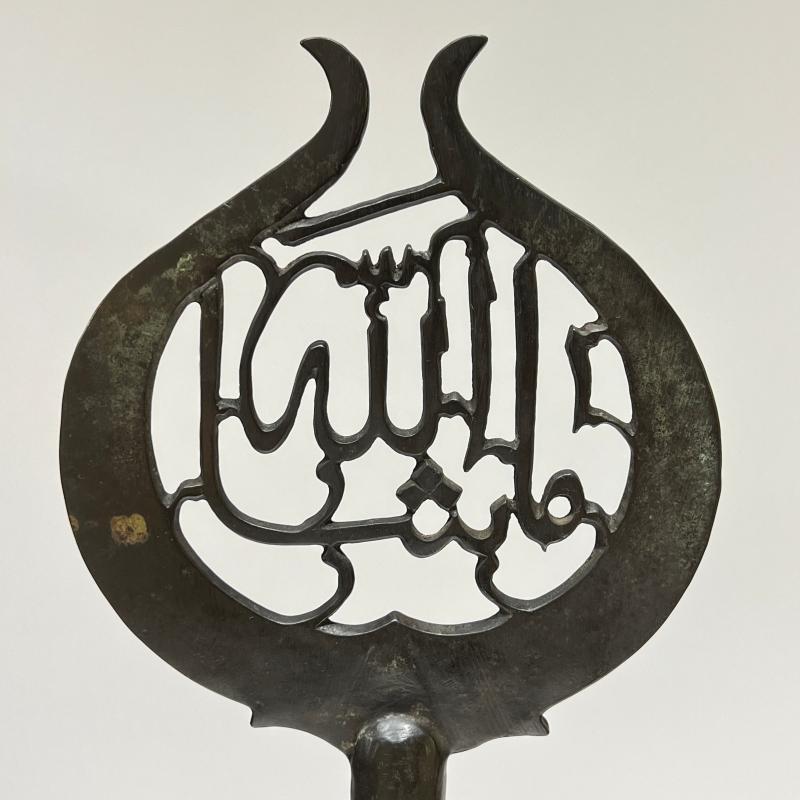 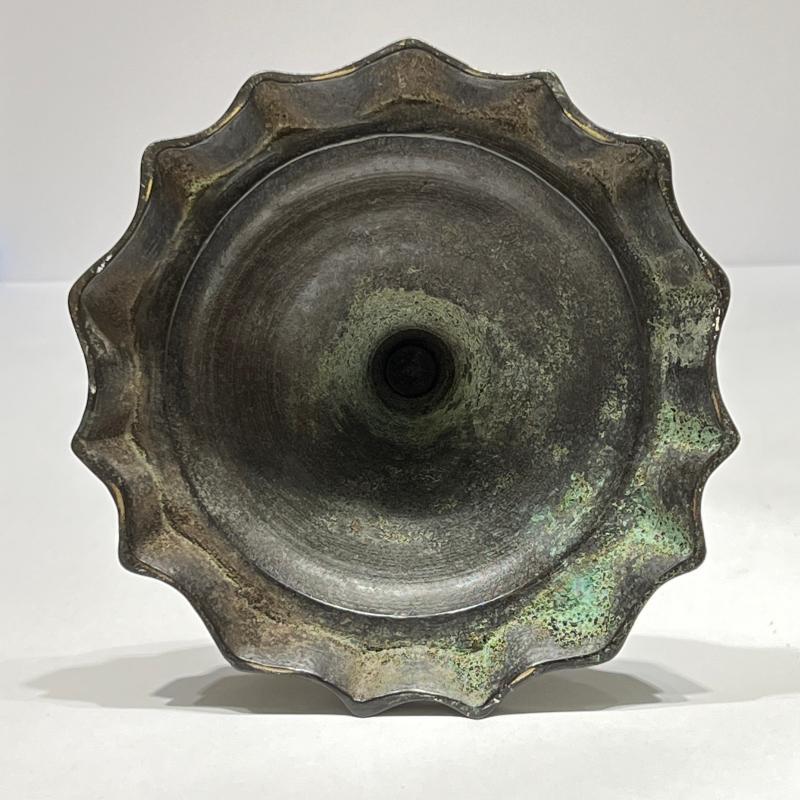 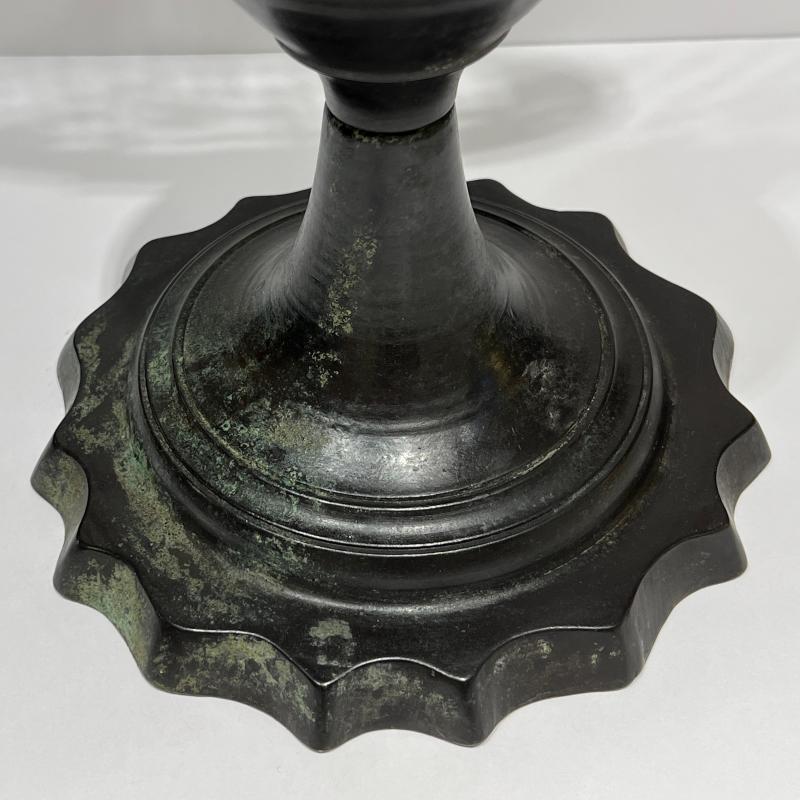 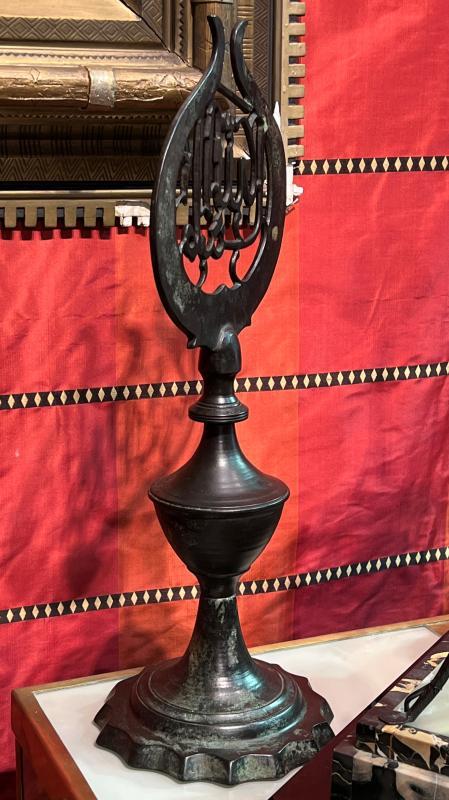 Our charming nineteenth century bronze alam (finial ornament for a processional or battle standard) on stand features the Arabic phrase Mashallah (also written Masha'Allah) in reticulated characters inside a stylized palmette.  It measures 20 by 8 by 7 inches and has a fine old patina.

The phrase expresses the feeling of awe or beauty regarding an event or person that was just mentioned, and is a common Muslim expression that means literally, “what God has willed has happened”.

The phrase is also used to congratulate another person.  It is a reminder that although the person is being congratulated, ultimately God willed it.  In some cultures uttering the phrase is believed to help protect from jealousy, the evil eye or a jinn. The phrase has also found its way into the colloquial language of many non-Arab languages with predominantly Muslim speakers, including Indonesians, Malaysians, Persians, Turks, Kurds, Bosniaks, Azerbaijanis, Somalis, Chechens, Avars, Circassians, Bangladeshis, Tatars, Albanians, Afghans, Pakistanis, and others.