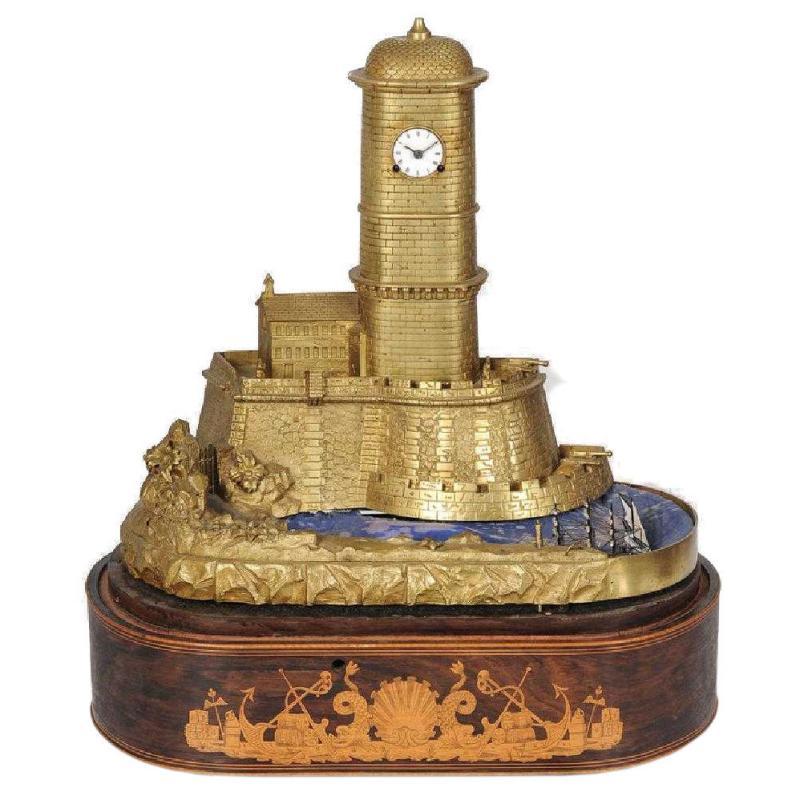 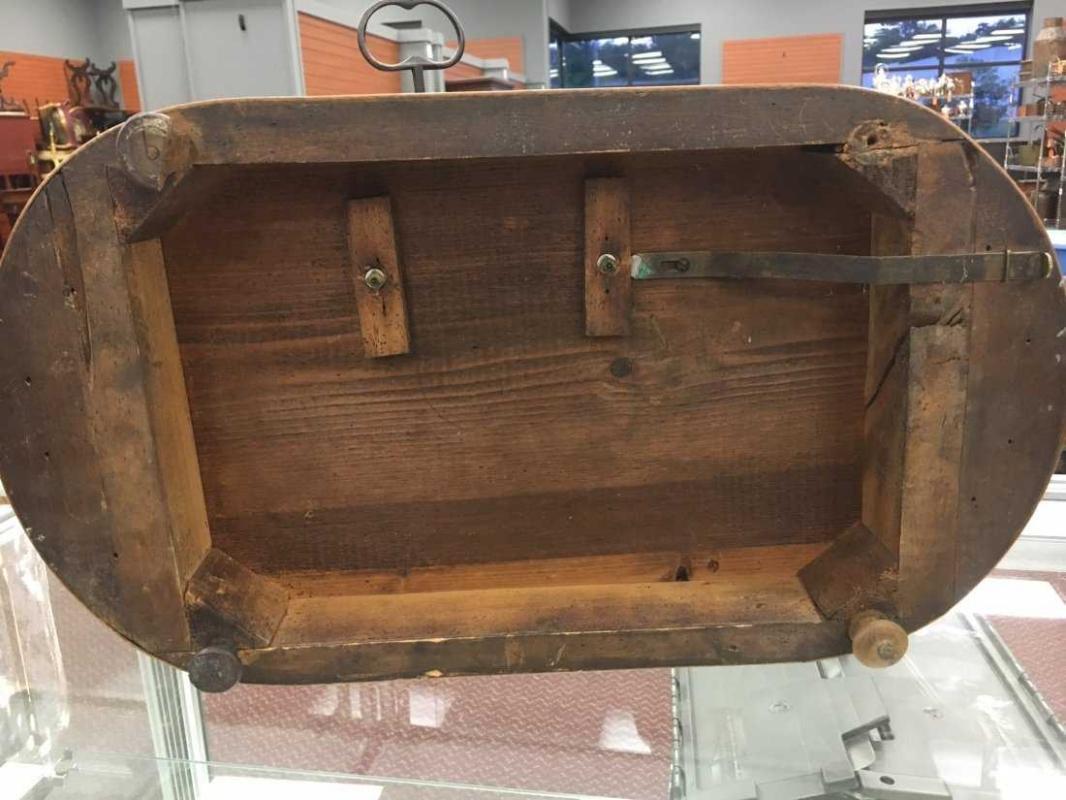 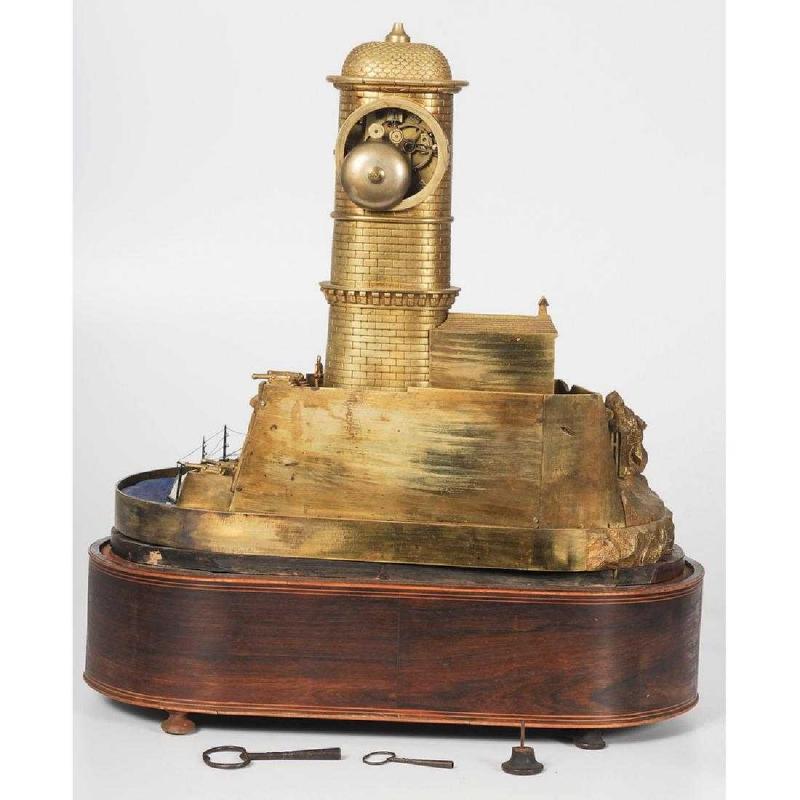 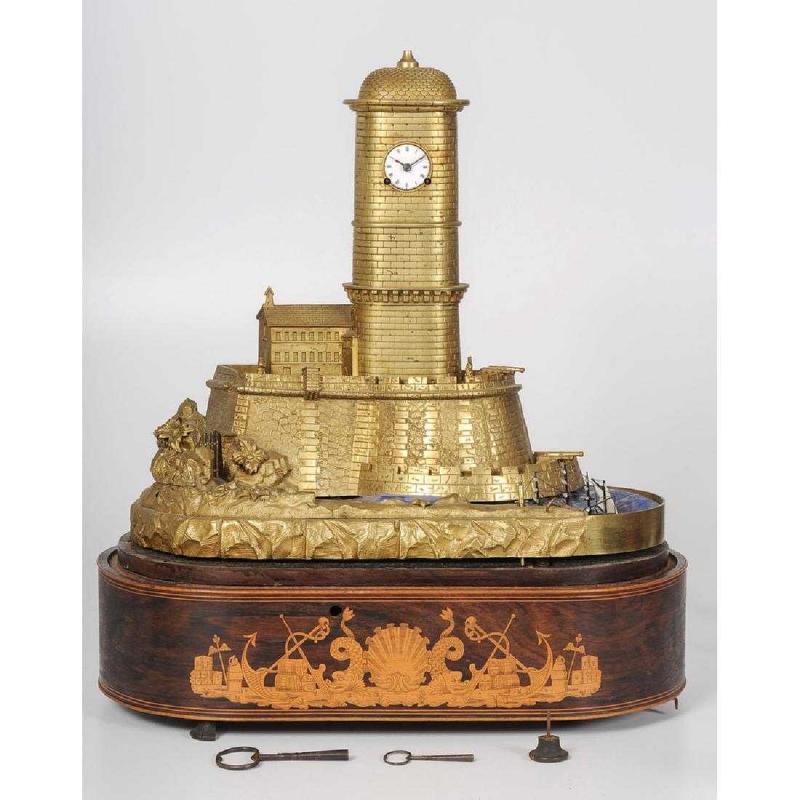 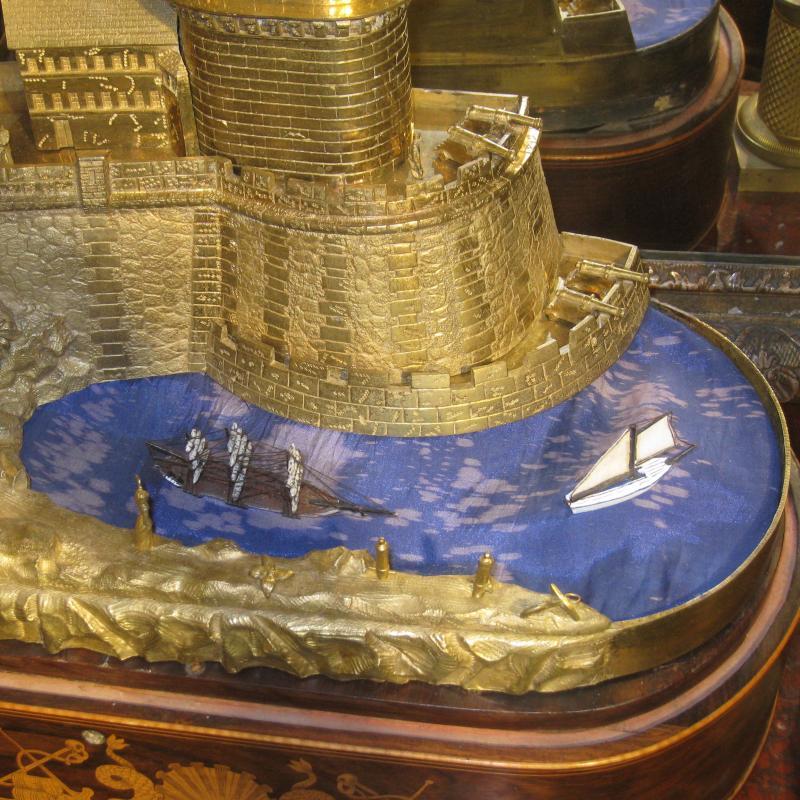 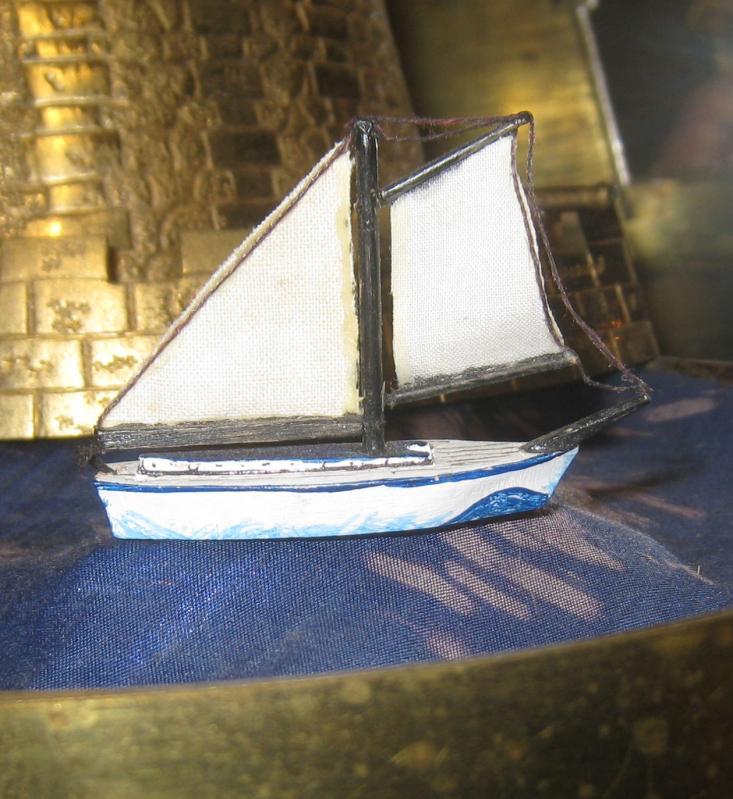 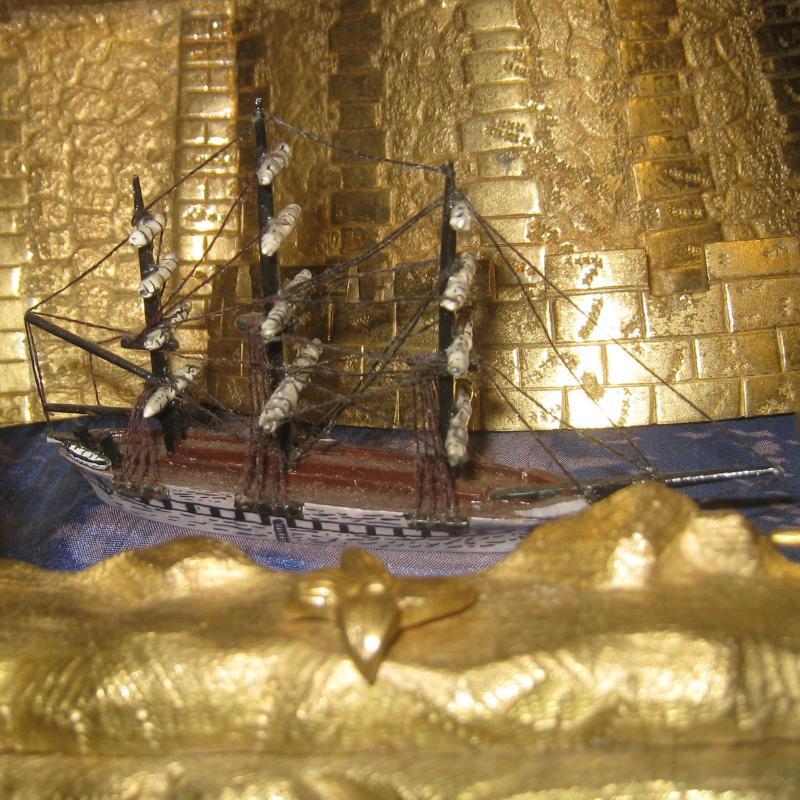 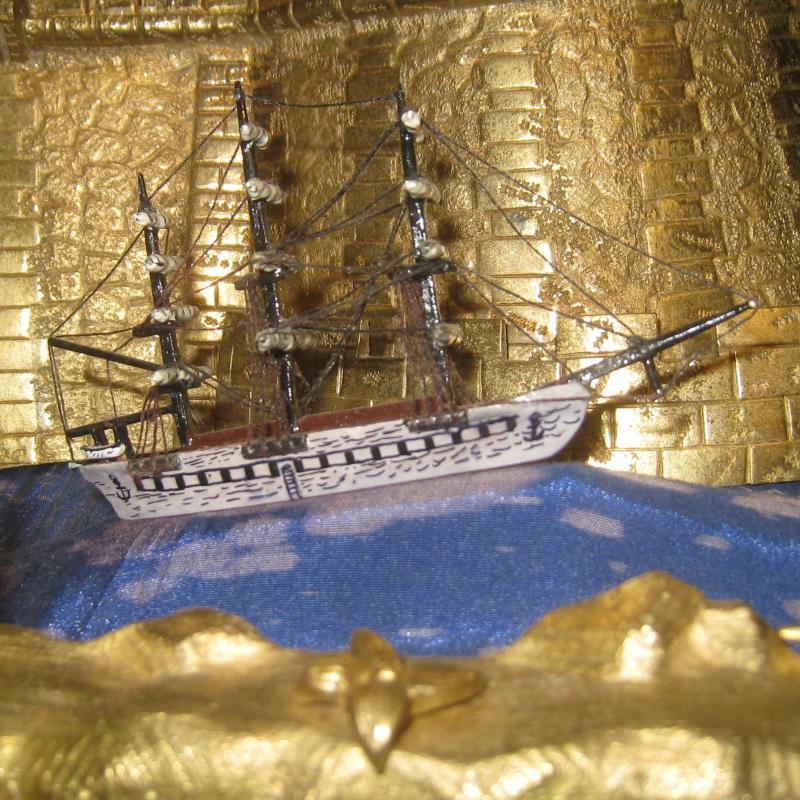 This charming automaton clock of continental origin depicts a seaside fortress crafted of gilt metal, with two boats in the water below that rise and fall with the waves when wound with key, set inside a finely crafed wooden frame with marquetry inlay on the frieze.  11 x 19 x 22 in. The ships move via a brass spring driven mechanism and is in fine working order.

To see a brief video showing the automaton movement in action, just cut/paste this URL to YouTube in a new window in your browser:

Clock movement is signed JC Cailly (of Paris), Eude for Pierre-Joseph Eude, and stamped Brevete (patented).  Porcelain dial with Roman hour numerals measures 1.5 in across.  Movement has a round brass spring driven silk thread movement with half hour bell strike.  Clock has wear to the silk and its movement is not in working condition, but certainly could be  restored to working order.  One foot is missing and another broken on the base.  Metal architectural piece is not affixed to the base.  There are cracks and losses to the wooden frame.

According to watch-wiki.org, Eude was a well-known watchmaker working in Offranville (a small town in Normandy about 6 km from the coastal dow of Dieppe) around 1830.  According to mostlyclocks.com, a similar automaton clock resides in the collection of Musée de Dieppe.  JC Cailly is a later mark of Jacques Cailly, said to be an earlier innovator in the use of lever escapements and automata movements, beginning in the late 18th century.   JC Cailly may also be the forerunner to Cailly Freres, clock maker known to be active in the 1840s-1850s whose works periodically appear at major auction.

Video will open in a new window
Using the eBay App? Paste link into a browser window: