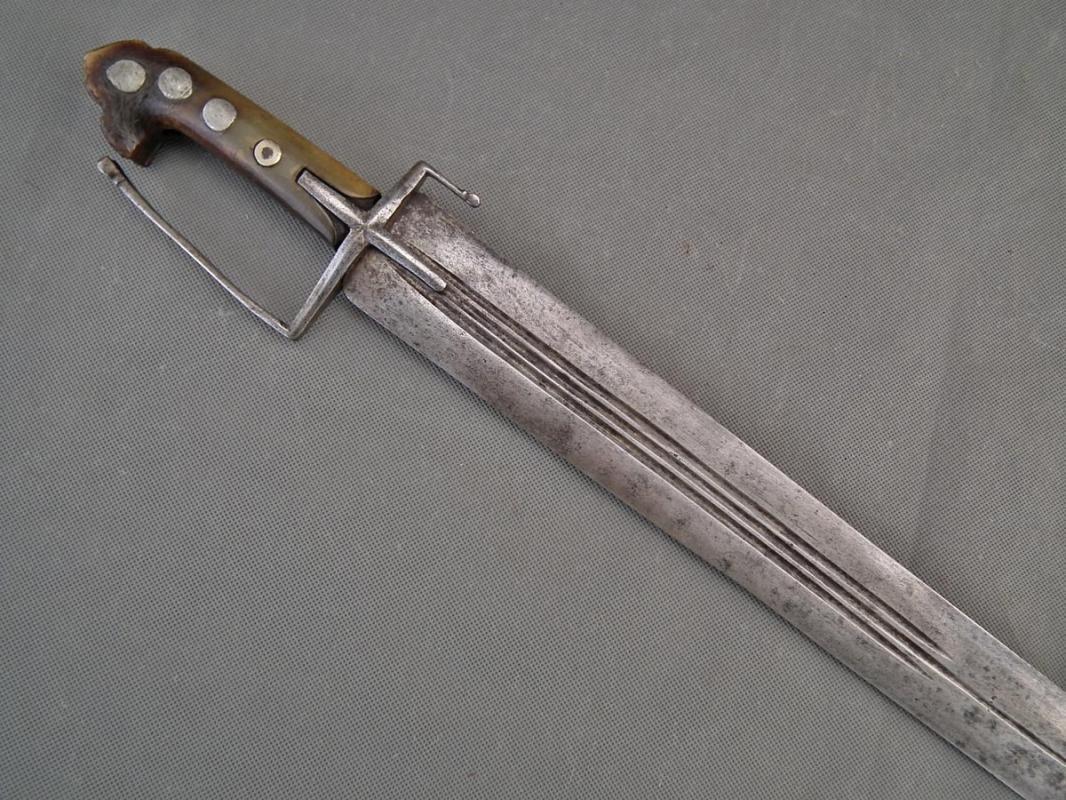 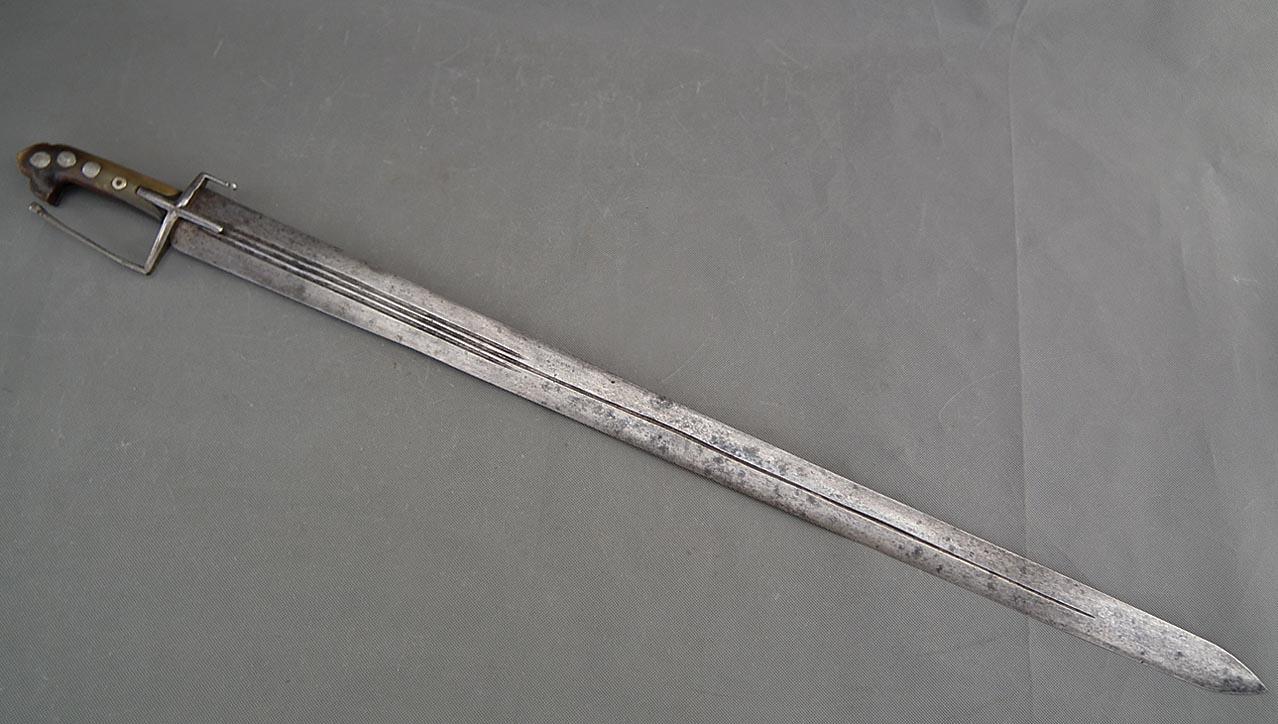 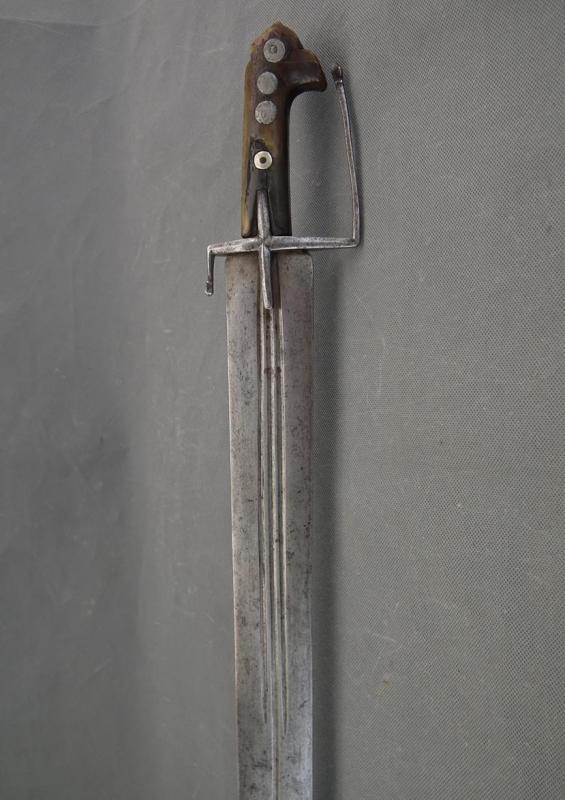 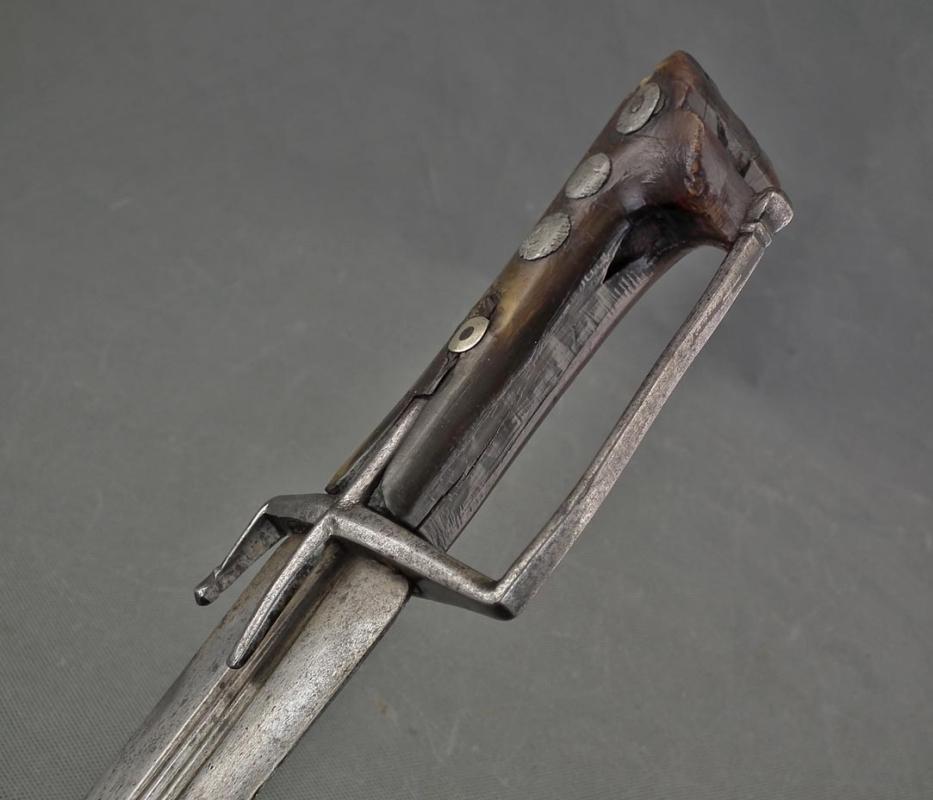 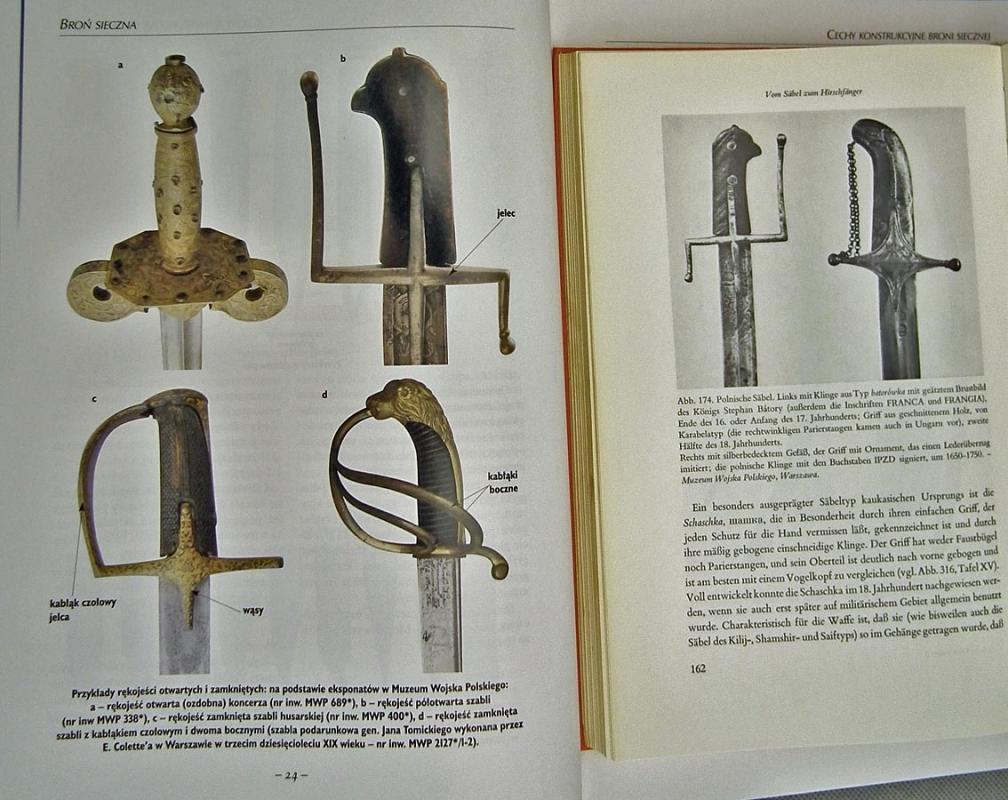 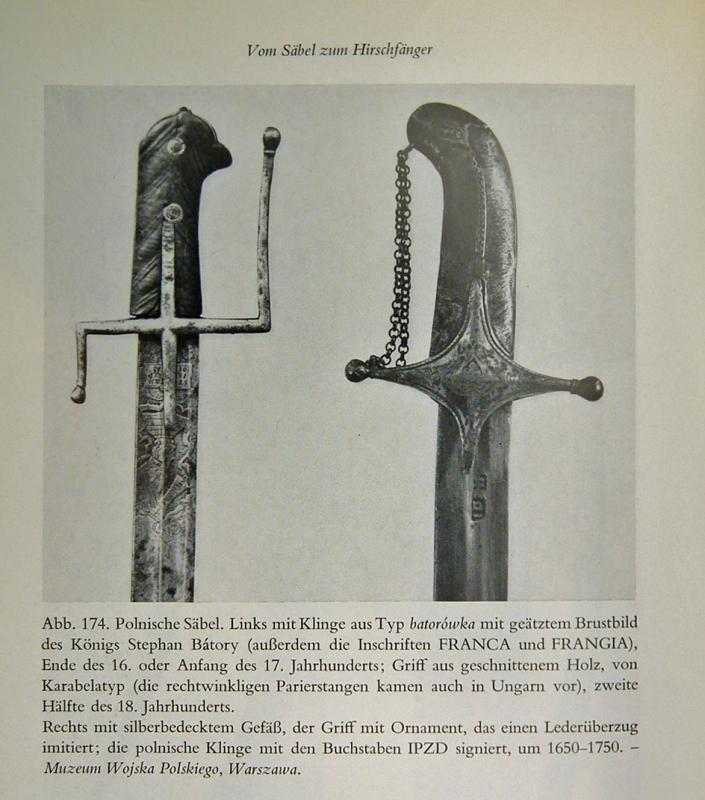 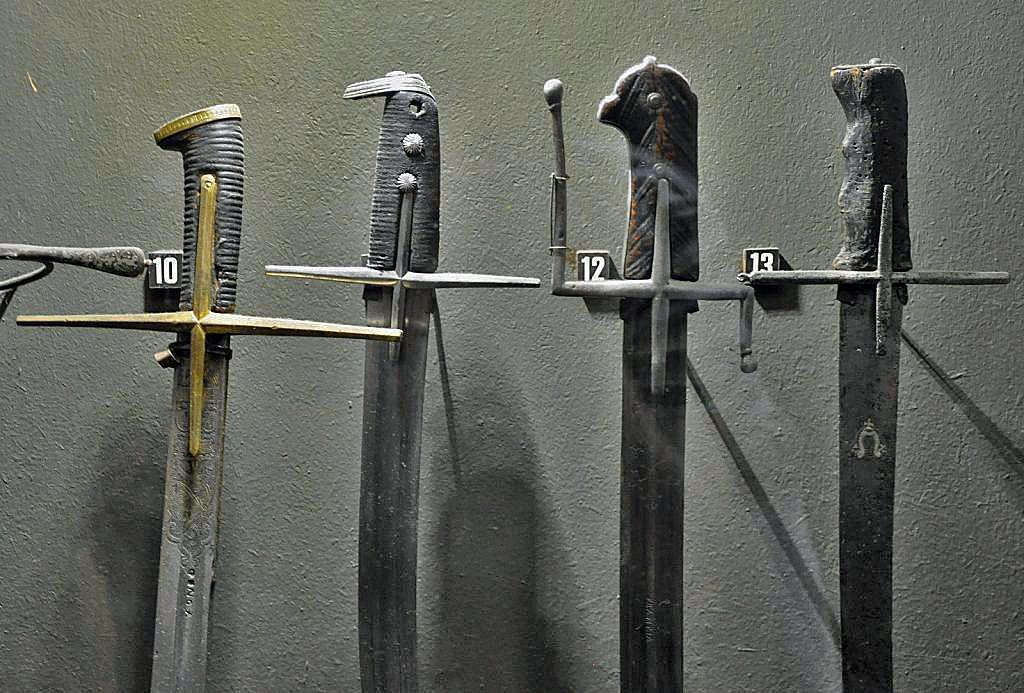 Very rare antique, 17th century (circa 1650 A.D.) Polish Winged Hussar massive sword (broadsword) Pałasz (pallasch) with a karabela hilt and a semi-closed guard composed of a carved horn grip, secured to the tang of the blade with three rivets with domed pewter heads (one rivet has a silver washer).
The steel guard has a semi-closed knuckle bow, faceted crossguard and langets, and down curved quillon.
This particular semi-closed guard is distinctive of the 17th-century Polish hussar swords, such as hussar sabers, palashes, and estocs.
Extremely well hand-forged, massive and wide, tapered, the double-edged straight steel blade is cut on each face by a full-length narrow fuller, flanked by two short, slender fullers.
The Polish hussar Pałasz is a weapon with a heavy, straight, single or double-edged blade with an open or closed hilt.
It was a weapon used mainly for breakthrough strikes for slashing, piercing directly through chain mail links, cutting the chain mail armor, or thrusting between armor plates.
During the 17th century, in the Polish Armed Forces, only winged hussar officers were armed with two or three swords; a curved saber, Pałasz sword, and Koncerz sword (estocs), which were attached to the saddle under the knee of the horseman.
Koncerz (estocs) was designed exclusively for thrusting
with a long triangular or square cross-section blade.
The Hussars used the Pallasch because they often faced enemies with armored cavalry. The Turkish Ottoman, Russian or Swedish sabers are good against unarmored enemies and are not as effective against armored cavalry.
Koncerz was designed solely for thrusting but not for cutting or slashing with a maximum 160 cm (63 inches) overlength with a 145 cm (55 inches) triangular or square cross-section blade.
After crushing the lance, the hussar reached for Koncerz for the second charge. However, with such a long blade, Koncerz was ineffective in close combat.
In many cases, when the hussar went into battle, he would take both of these swords; Koncerz was placed under the right knee and Pałasz under the left knee.
REFERENCES:
A Polish sword with a comparable hilt is in the collection of the Polish Army Museum in Warsaw and is published in the book "Blankwaffen - Band II - Geschichte und Typenentwicklung in europäischen Kulturbereich Vom 16, bis 19. Jahrundent" by Heribert Seitz on page 162.

Please see the pictures attached to the listing.

We also provided an actual photo of this sword on display at the museum
(please see the last pictures attached to the listing).
Polish Winged Hussar Pallasch swords are rarer than the Koncerz swords, and pallasch swords with a karabela hilt and this form of semi-closed guard are extremely rare.
Our sword and swords in the Polish museum may be the only three worldwide known Polish swords with this rare type of hilt.
The price of antiques, including military antiques, is estimated based on the object's rarity. This sword pattern is the rarest among all 17th-century Polish swords.

CONDITION:
In very good untouched condition with lovely patina. Age and use are showing. Such excellent condition seldom can be seen in over 350 years old combat swords
Please see all 18 pictures in the listing since they are part of the description of the object's condition.

In my over 50 years of involvement in the trade of antique arms and
armour, antique Polish arms and armour from the 17th-18th centuries have always been considered the scarcest military antique objects, rarely appearing for sale and almost impossible to acquire.

Most of these reproductions are made by craftsmen in the USA, Poland, and Lithuania. These objects are, in many cases, very well made and professionally aged, corroded, and damaged to look old, and to inexperienced collectors, they look just like authentic artifacts. However, these reproductions have no historical or investment value.

This sword will be provided with a Certificate of Authenticity to ensure the buyer that it is a 100% authentic antique 17th century Polish sword and not a reproduction.

This sword will be provided with a Certificate of Authenticity to ensure the buyer that it is a 100% authentic antique dating back to the 17th century (circa 1650 A.D.) and not a reproduction.