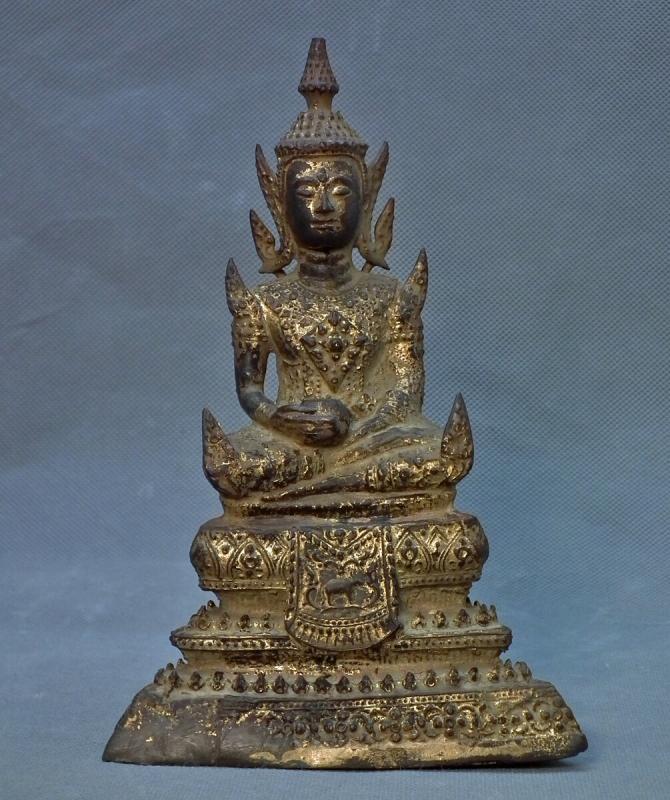 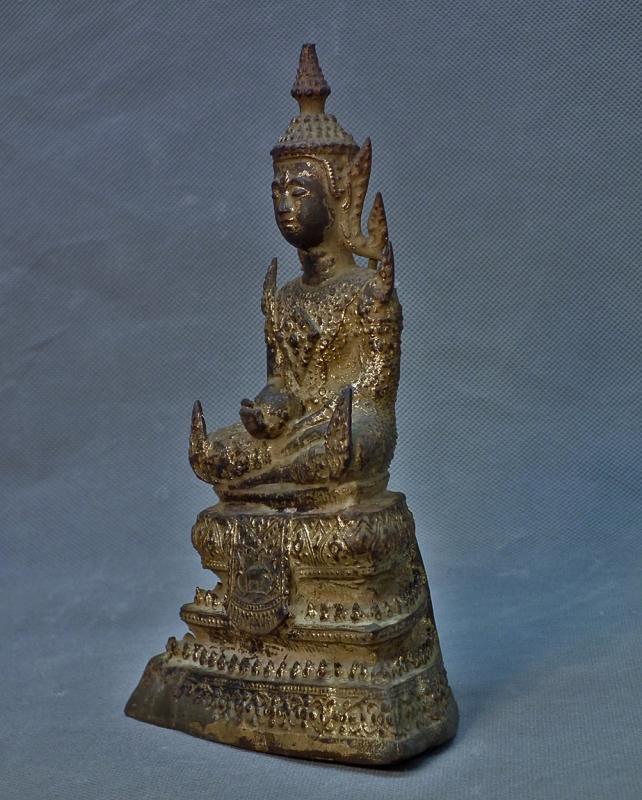 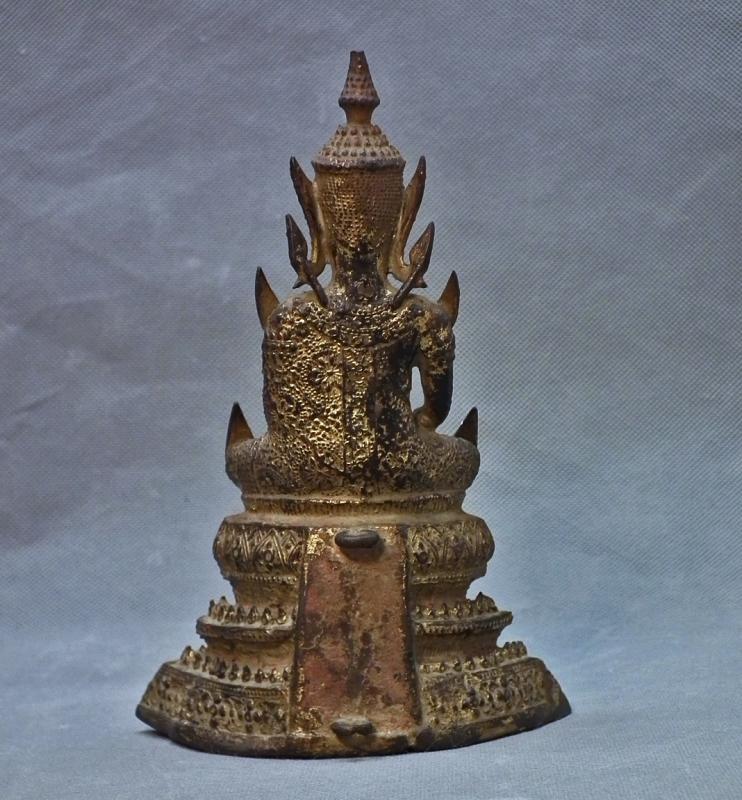 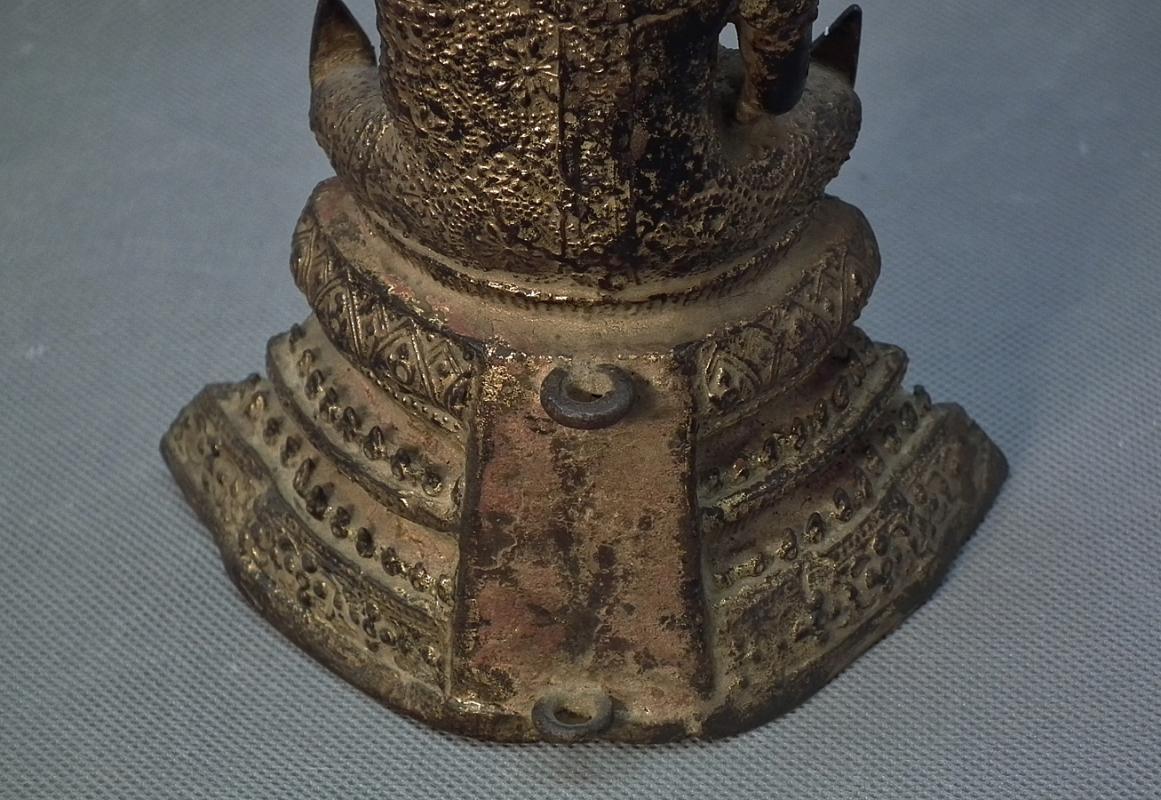 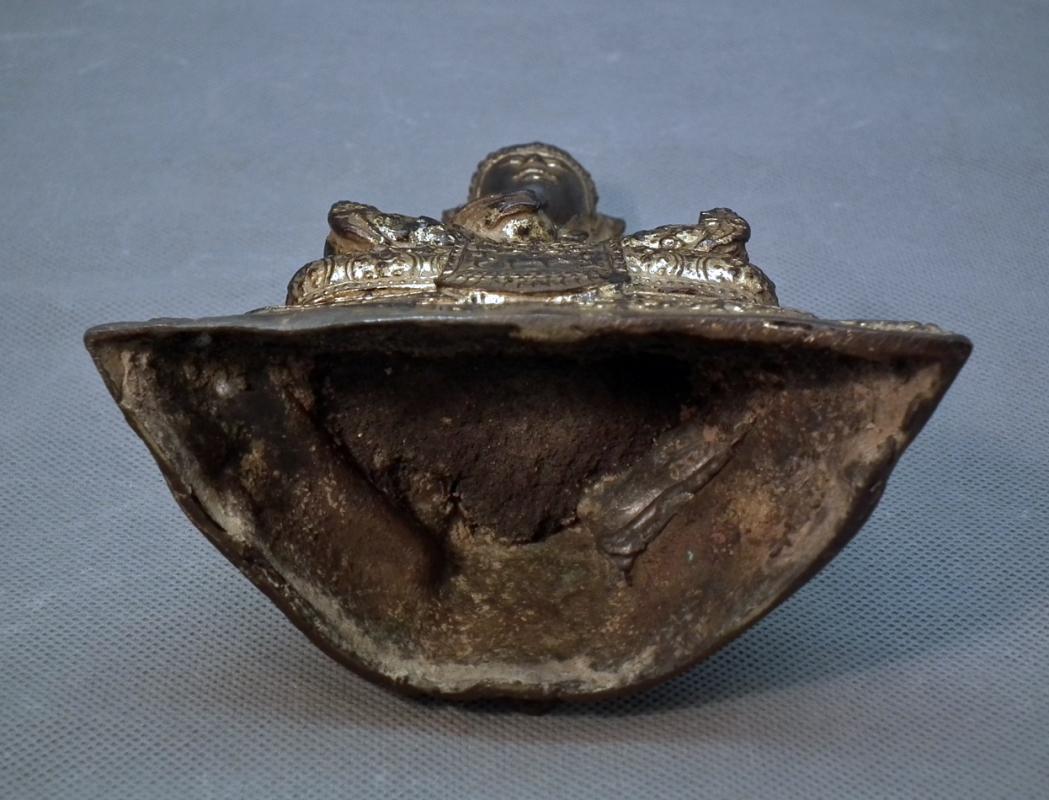 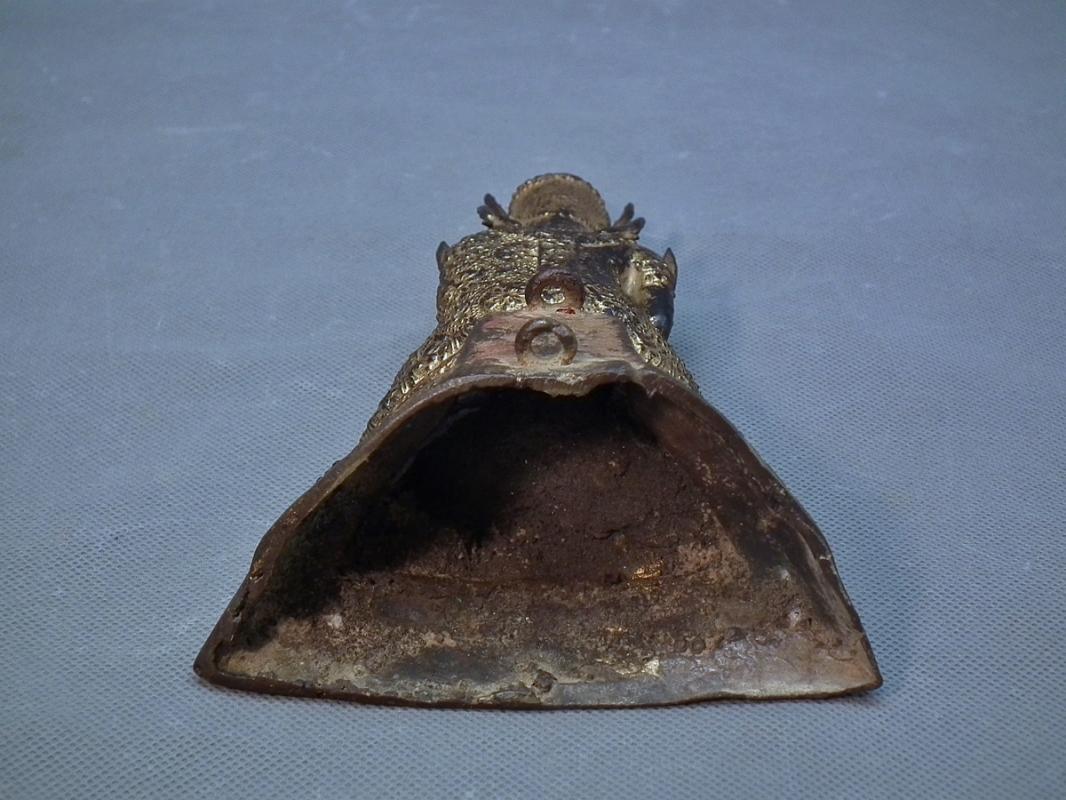 Clad in royal attire with extensive adornments, reflecting the fashion of the Thai royal court, the Buddha sits in a virasana (heroic posture) on a three-tiered pedestal.

His face with a thoughtful expression highlighted by downward gazing eyes, the Buddha sits in intense meditation.

Full lips, an aquiline nose, a decidedly oval face, and hair in the form of a headdress, leading to an elongated ushnisha - these details are typical of Thai statuary during the Rattanakosin First Period.

He holds his alms bowl in his hands, reminding us of the merits we earn by giving alms to the needy.

"The art of the First Period followed the sculptural traditions of Ayutthaya. Artists, however, often tried to surpass each other in their treatment of gilding, ornamentation, and form.

In Southeast Asia, crowned and bejeweled Buddhas such as this example may allude to the story of the arrogant king Jambupati, in which the Buddha takes on the form of the magnificent Rājadhirāja, the Supreme King of Kings. At first arrogant and defiant, Jampupati finally reveres and prostrates himself before the all-forgiving, compassionate power of the Buddha."

CONDITION: In its original condition with an old patina. It is showing its age and usage, with some age wear overall.

Since the pictures were taken in the studio lighting, the figure in daylight is darker and not as glitter as the photos.