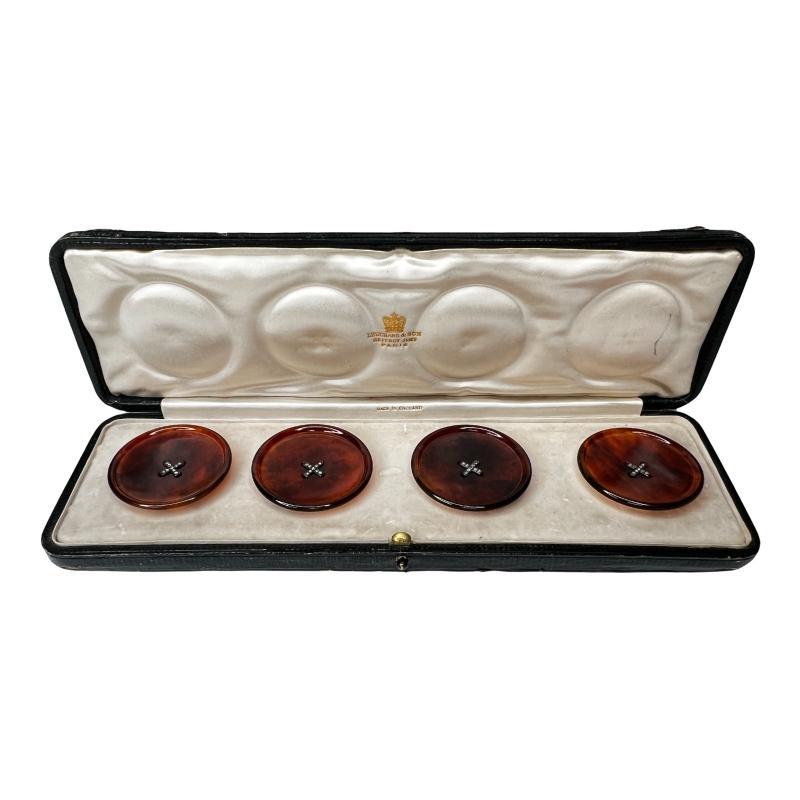 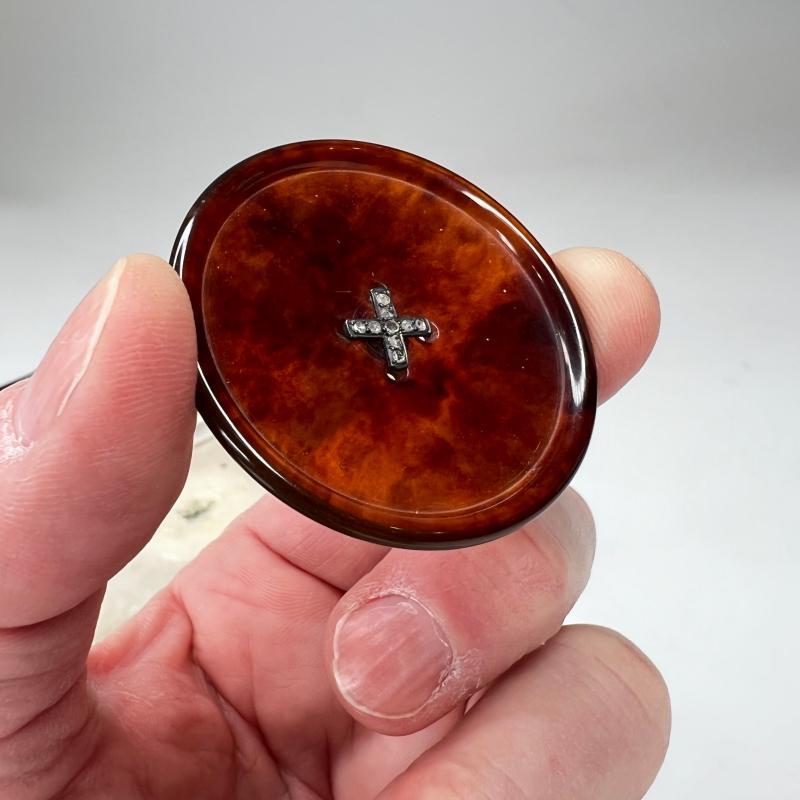 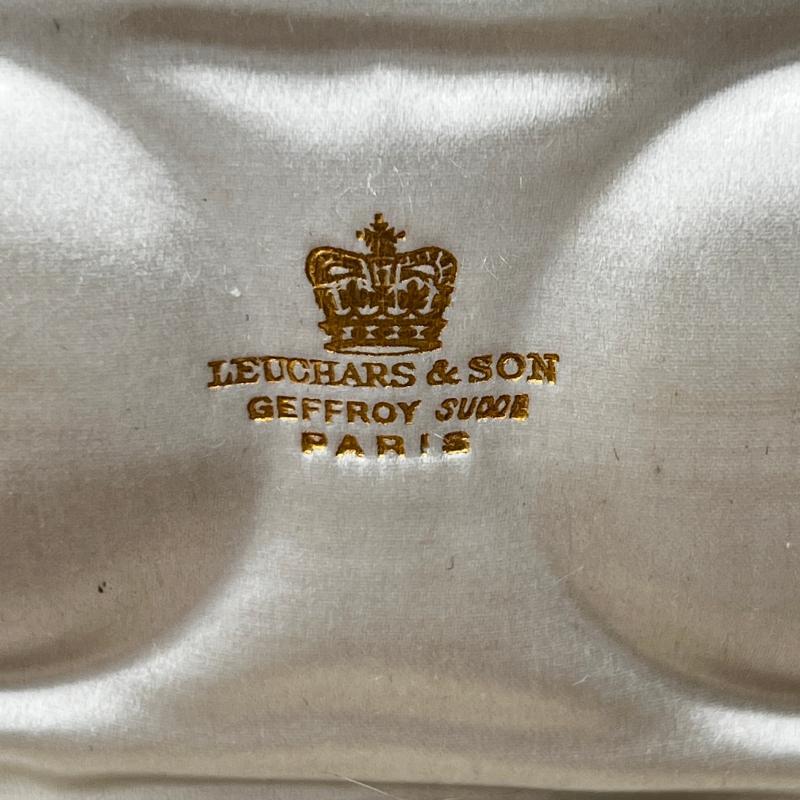 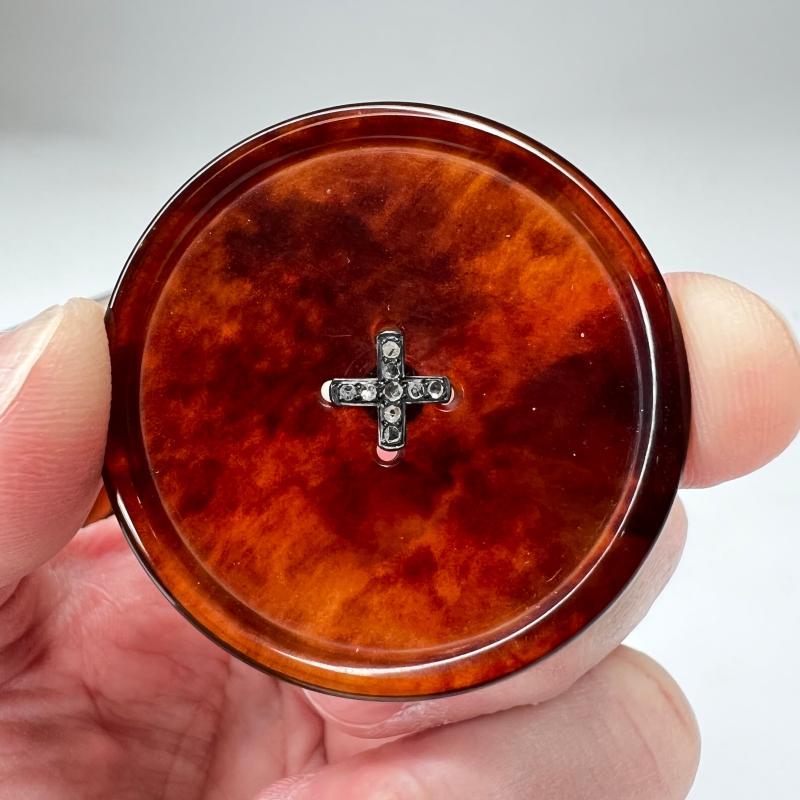 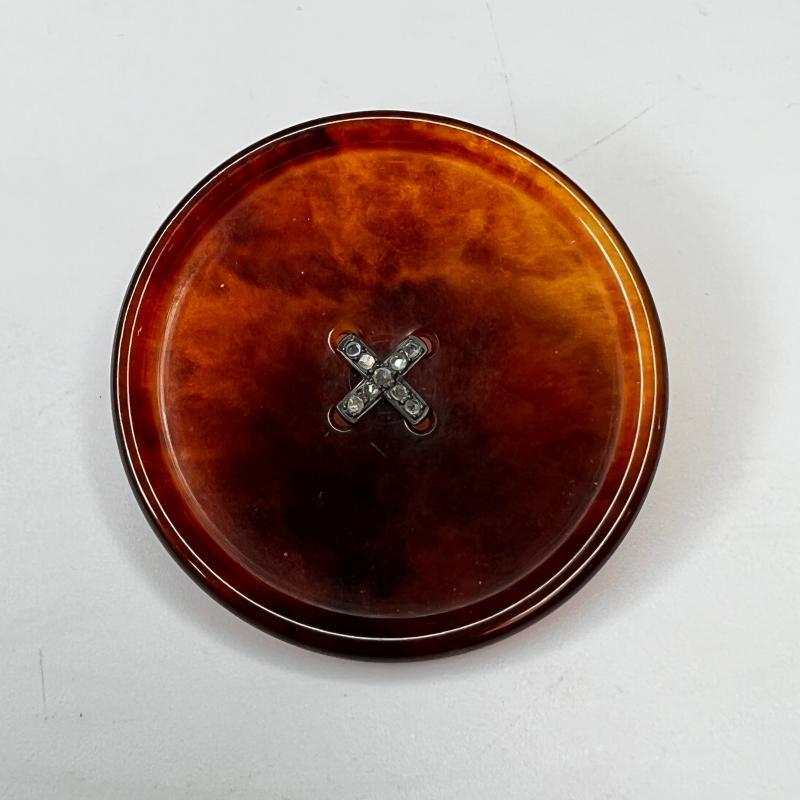 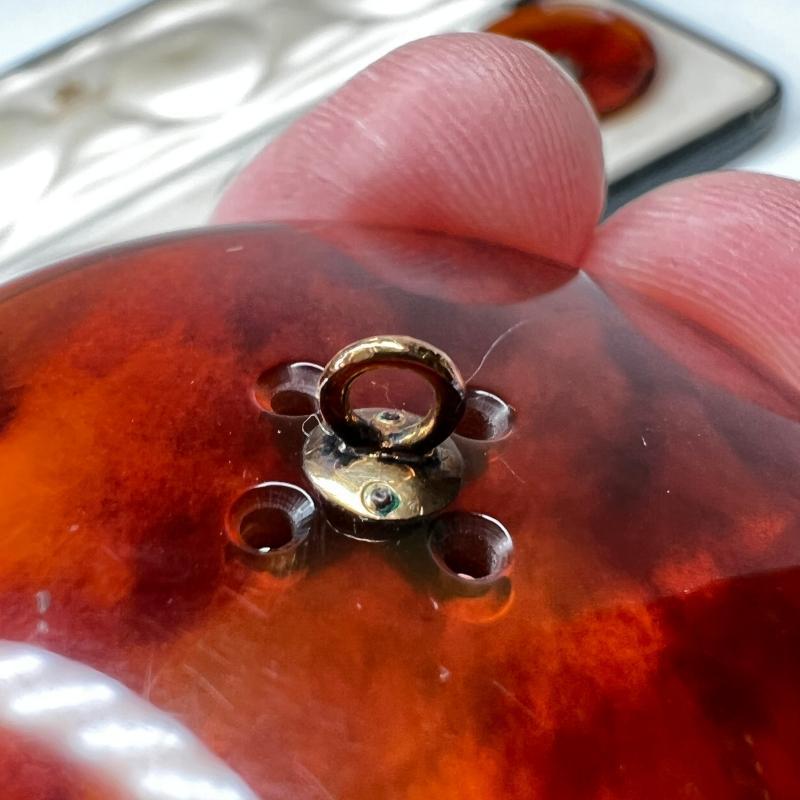 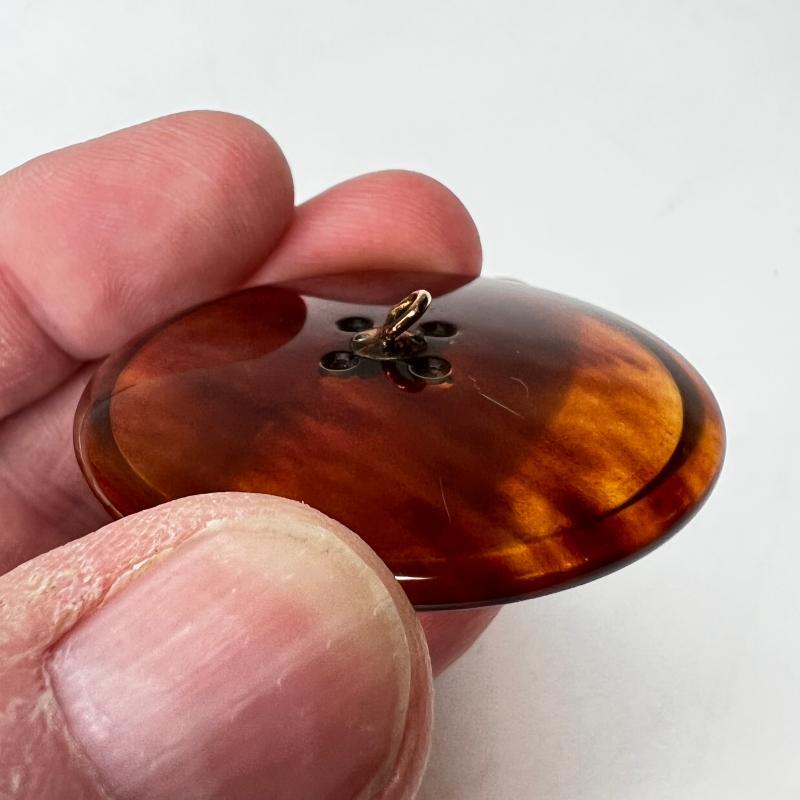 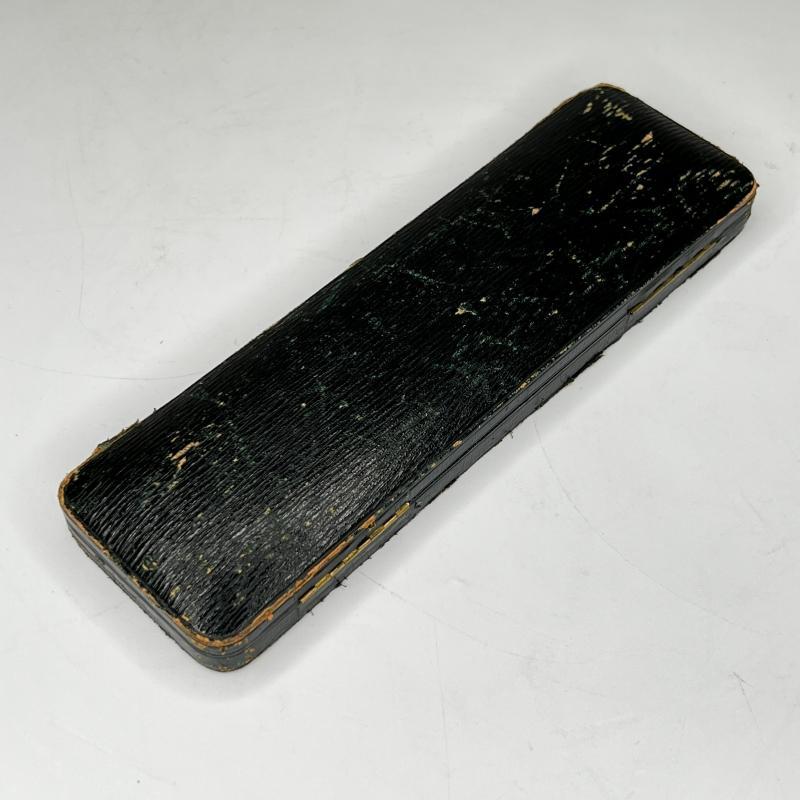 Our set of four opera buttons crafted from tortoise shell with mine-cut diamonds in their original case come from Leuchars & Son of London, for the retailer, Geffroy Succr of Paris, circa 1870s.  Diameter:  1 7/8 inches.

Leuchars was a prestigious producer of clothing accessories including dressing and jewelry boxes, established at 47 Piccadilly, London in 1794 by James Leuchars.  In 1820, the business moved to 38 Piccadilly shortly before James Leuchars died in 1823.  Lucy Leuchars, James’ widow, continued the business under the name of L. Leuchars. In 1837, the same year as Queen Victoria came to the throne, the firm was awarded the Royal Warrant for their supply of dressing cases to the royal family.  Expanding to 39 Piccadilly in 1841, the name had now changed to Lucy Leuchars & Son when William Leuchars joined the business.
After Lucy’s death in 1847, William gained sole responsibility for the business. Leuchars exhibited and won prize medals for his dressing cases at the Great Exhibition of 1851 and the International Exhibition of 1862 in London, winning a further silver medal at the International Exposition of 1867 in Paris.

In 1870, under the name of Leuchars & Son, William Leuchars along with his son, also called William, opened a further shop at 2 Rue de la Paix in Paris.  When William Sr died in 1871, William Jr took control of the business, later winning a gold medal for their dressing cases at the International Exposition of 1878 in Paris.  In 1884, Leuchars moved their existing manufactory from 31 Gerrard Street, Soho, London to 8 Sherwood Street, Golden Square, London.  In 1888 William Jr. sold the business to Asprey.  Leuchars continued to trade from their 38 & 39 Piccadilly address until 1902.