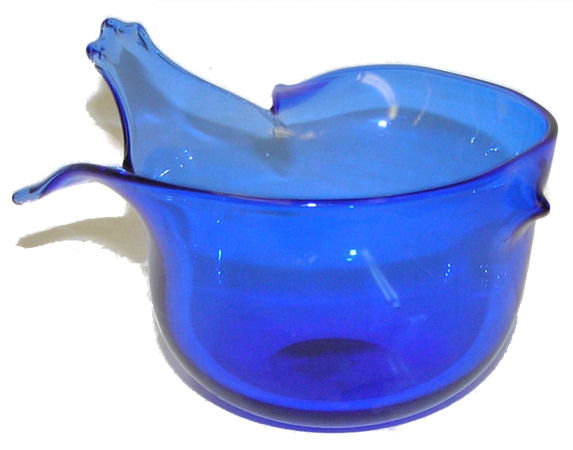 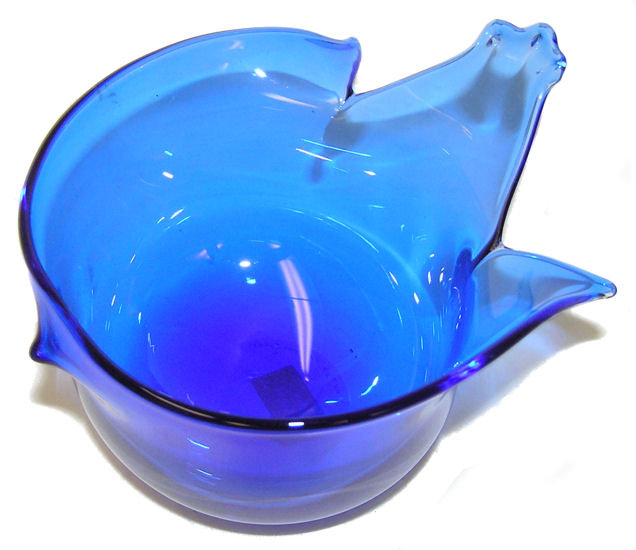 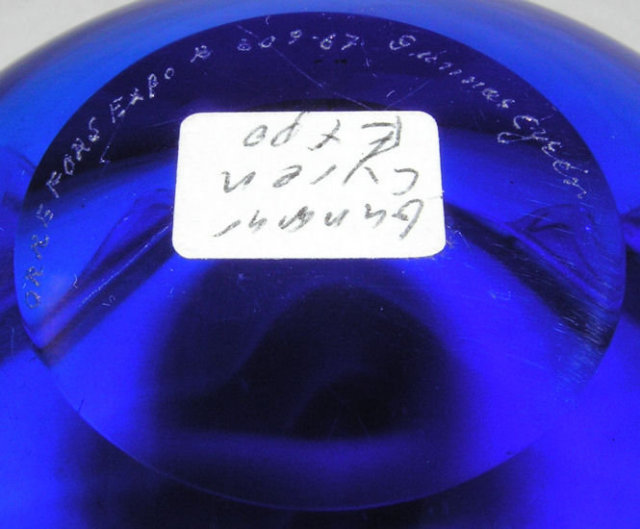 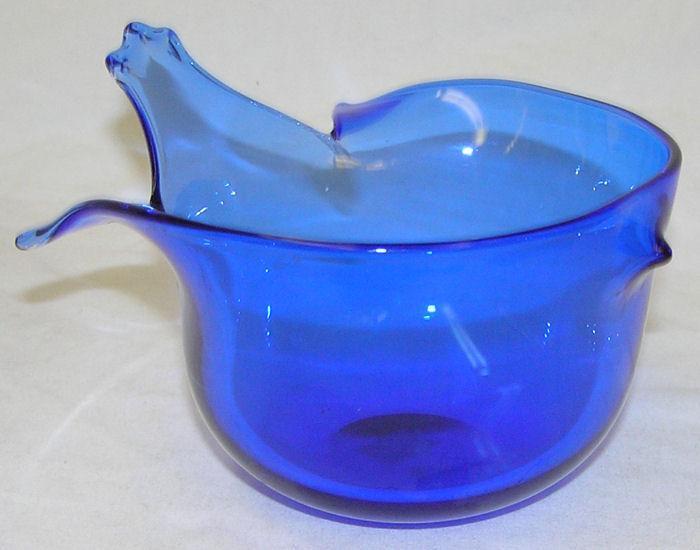 This lovely blue glass bird by Gunnar Cyren (1931-2013) is a signed exposition piece for Orrefors from 1967. It measures 5.25" long, 4.75" wide and 3.5" high and weighs 9 oz. No chips cracks or noticeable scratches.  Cyren is regarded as one of Sweden's greatest designers of the 20th century, known for his work in glass, silver and industrial design.  He completed his first designs for Orrefors in 1959.  One of his most notable accomplishments are his stemware designs to celebrate the 90 year anniversary of the Nobel Prize.  He was awarded the Lunning Prize in 1966 and the Prince Eugen Medal in 1988.  His designs can be found in museum collections around the world, including the Museum of Modern Art, Corning Museum of Glass, among many others.