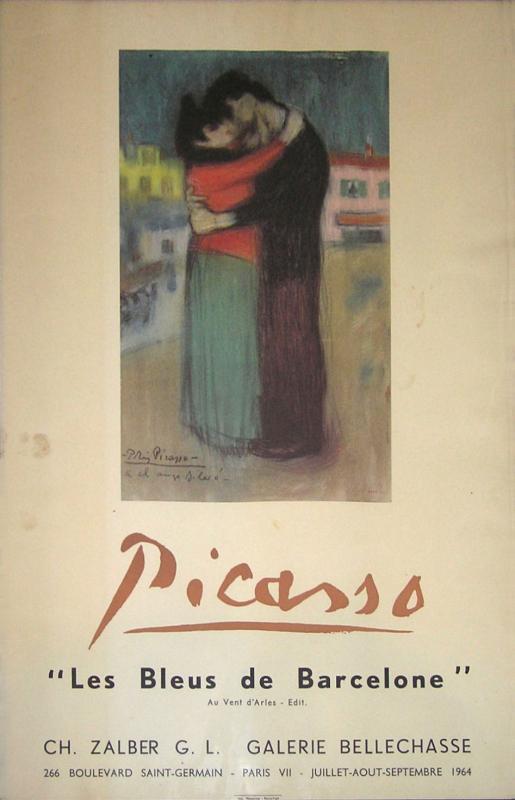 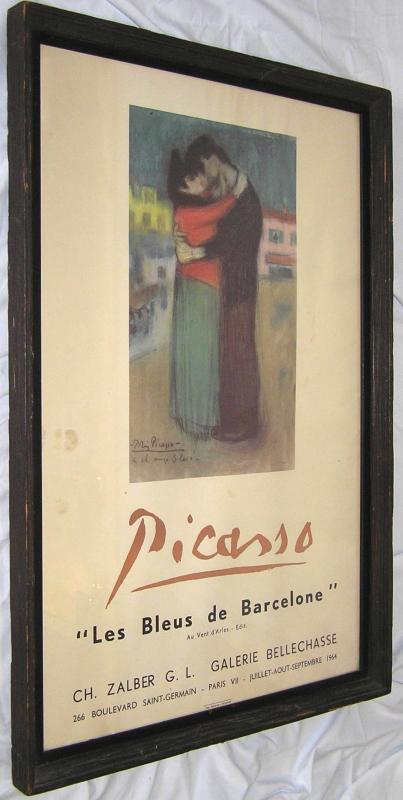 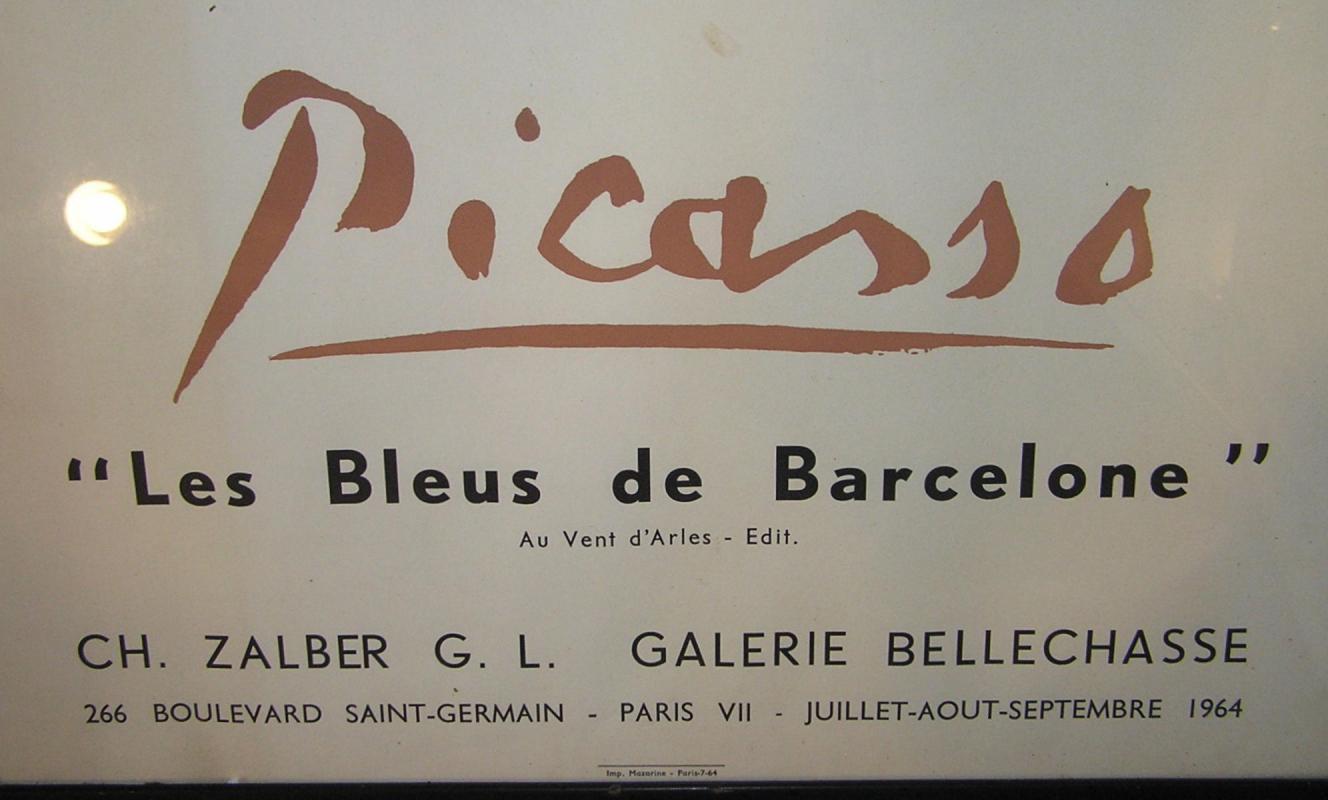 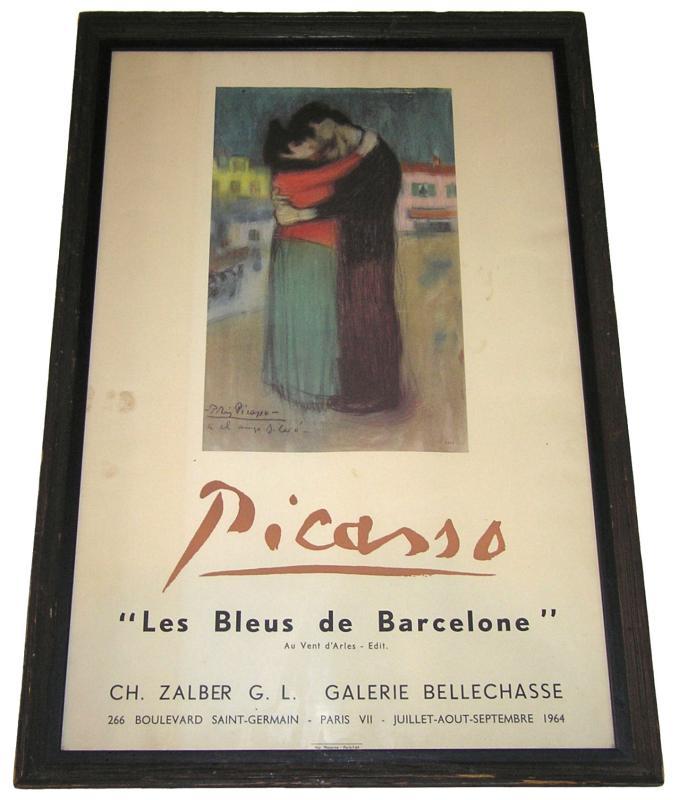 Printed by Mazarine. Framed under glass. Exposed portion of poster measures 19 x 29.5 inches and the frame measures 21.75 x 32 x 1.75 inches. Good condition. This poster has been framed under glass for many years, and we do not know the condition of the edges nor how the poster was mounted. There are a few noticeable smudges which can be seen in our images.

The title of the painting depicted in the poster is not known, but it certainly dates from Picasso's early years when he studied in Barcelona. His signature " P Ruiz Picasso " is in the plate and the number 4263 is also in the plate on the lower right side. (Early in his career the artist signed his works "P. Ruiz Picasso", referencing both is father's and mother's names. Later, he began to sign works "P. R. Picasso" and thereafter simply "Picasso", taking on his mother's name.) While the Galerie Bellechasse no longer exists, the Charles Zalber gallery still operates today as Galerie Lucie Weill & Seligmann, Charles Zalber in the same location near the Louvre and the Saint Germain cathedral.