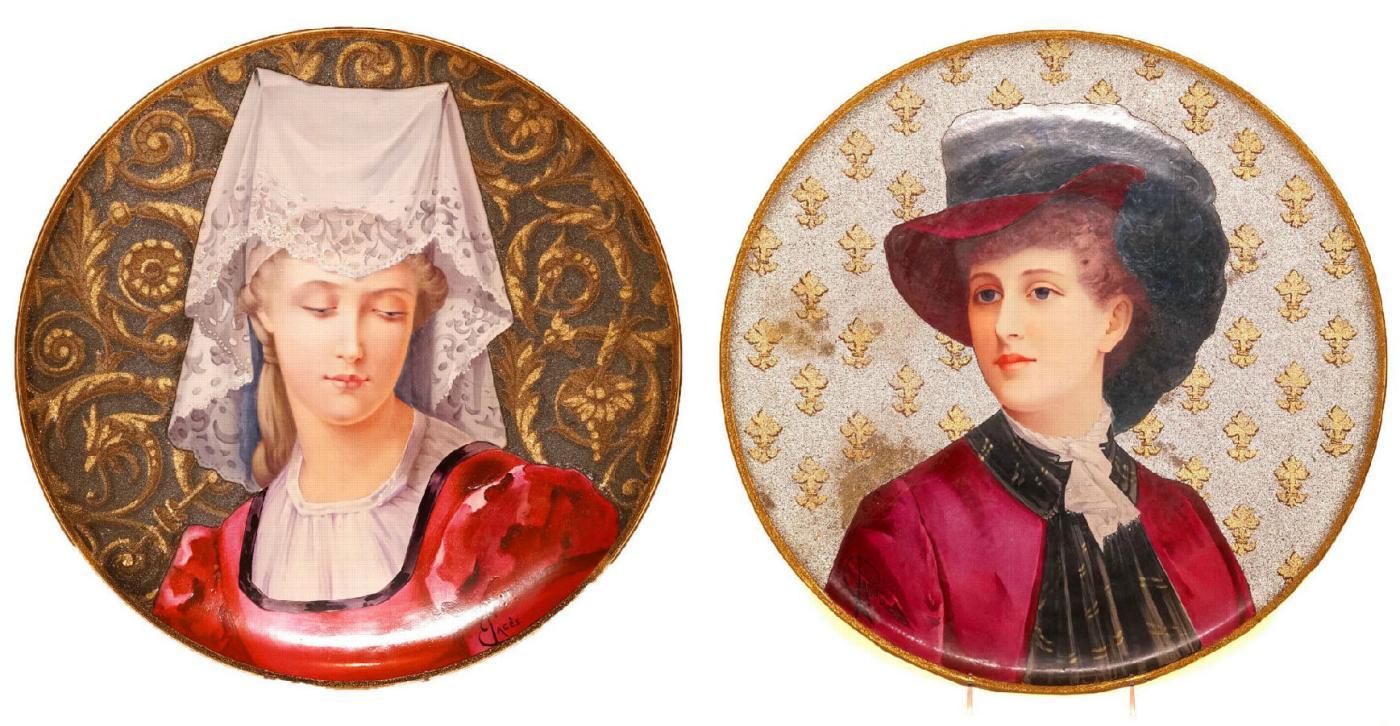 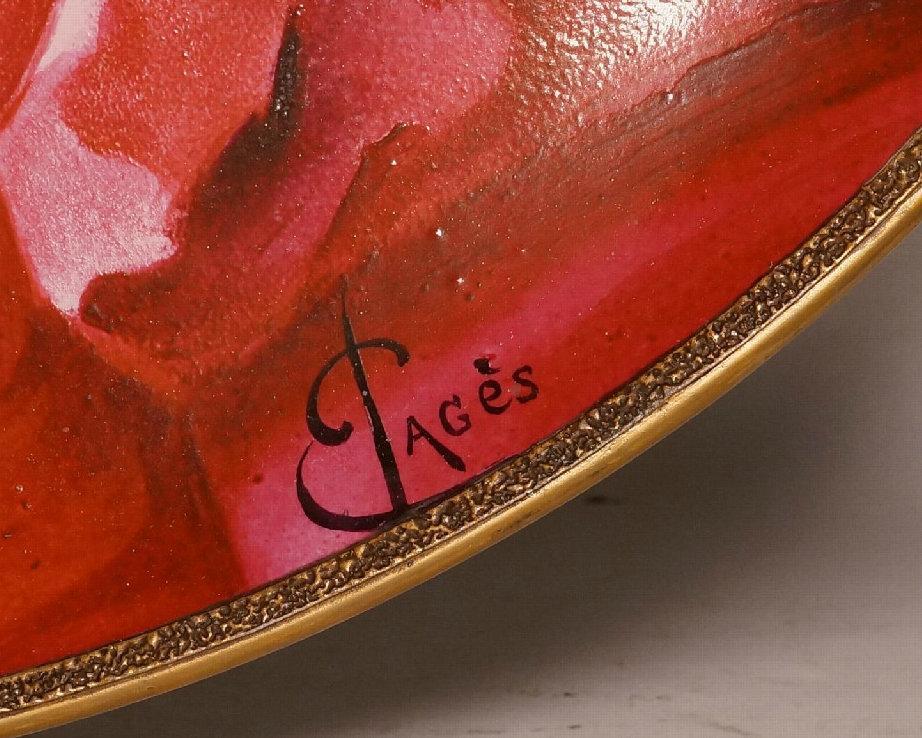 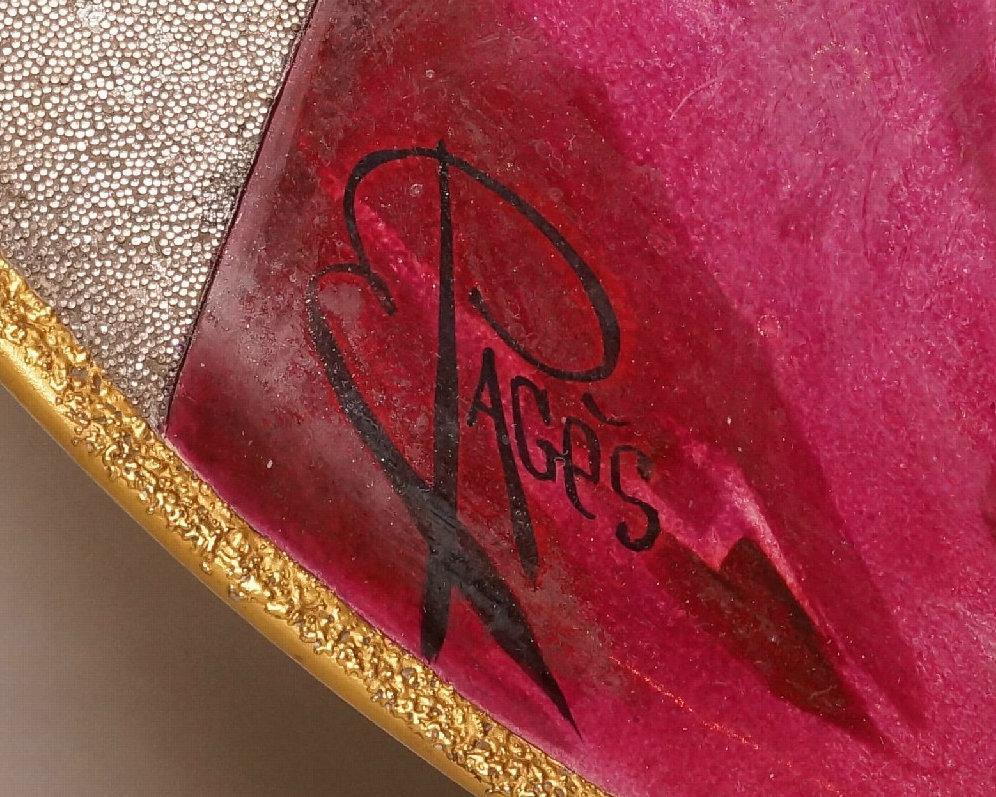 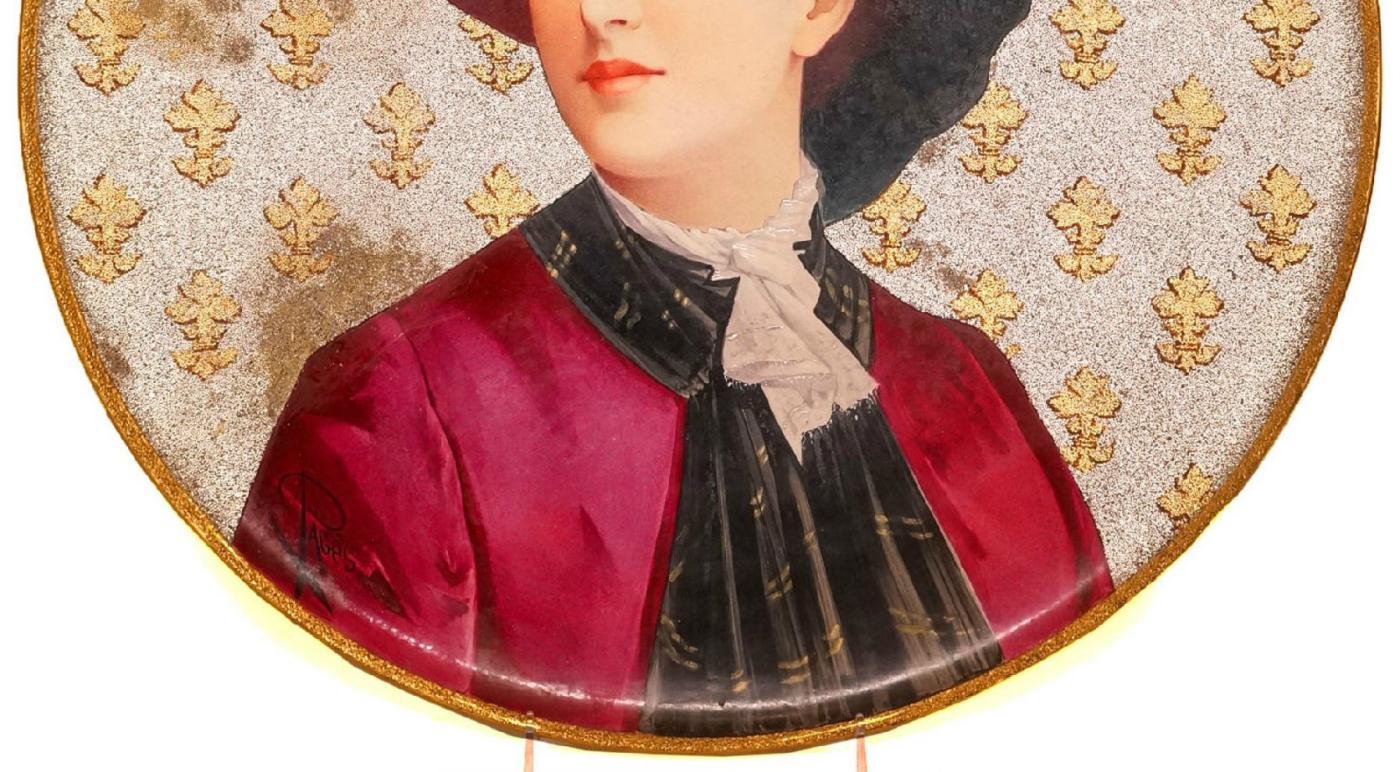 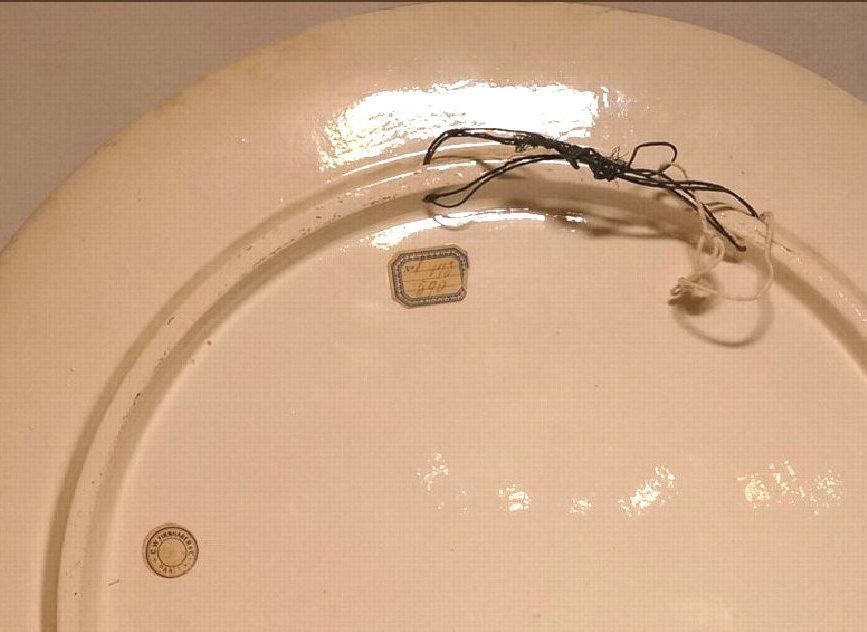 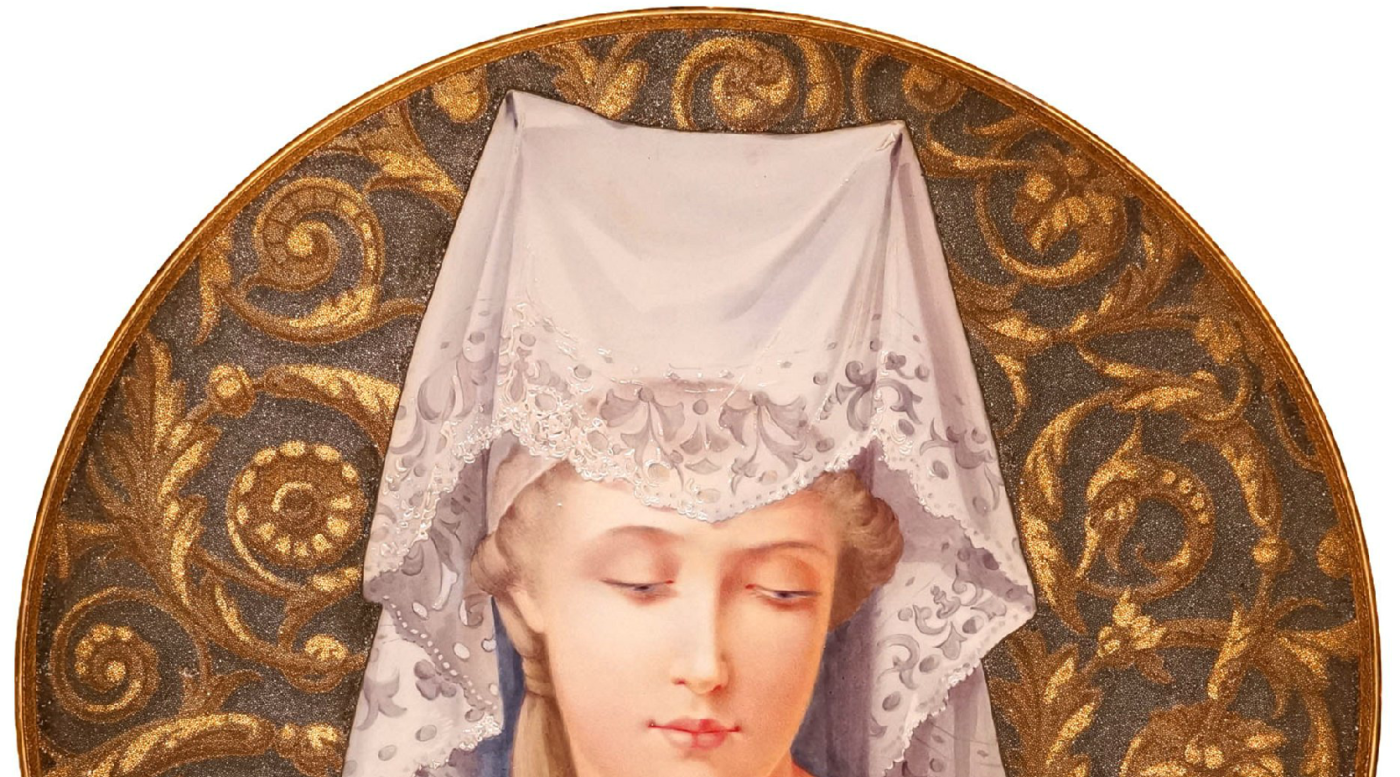 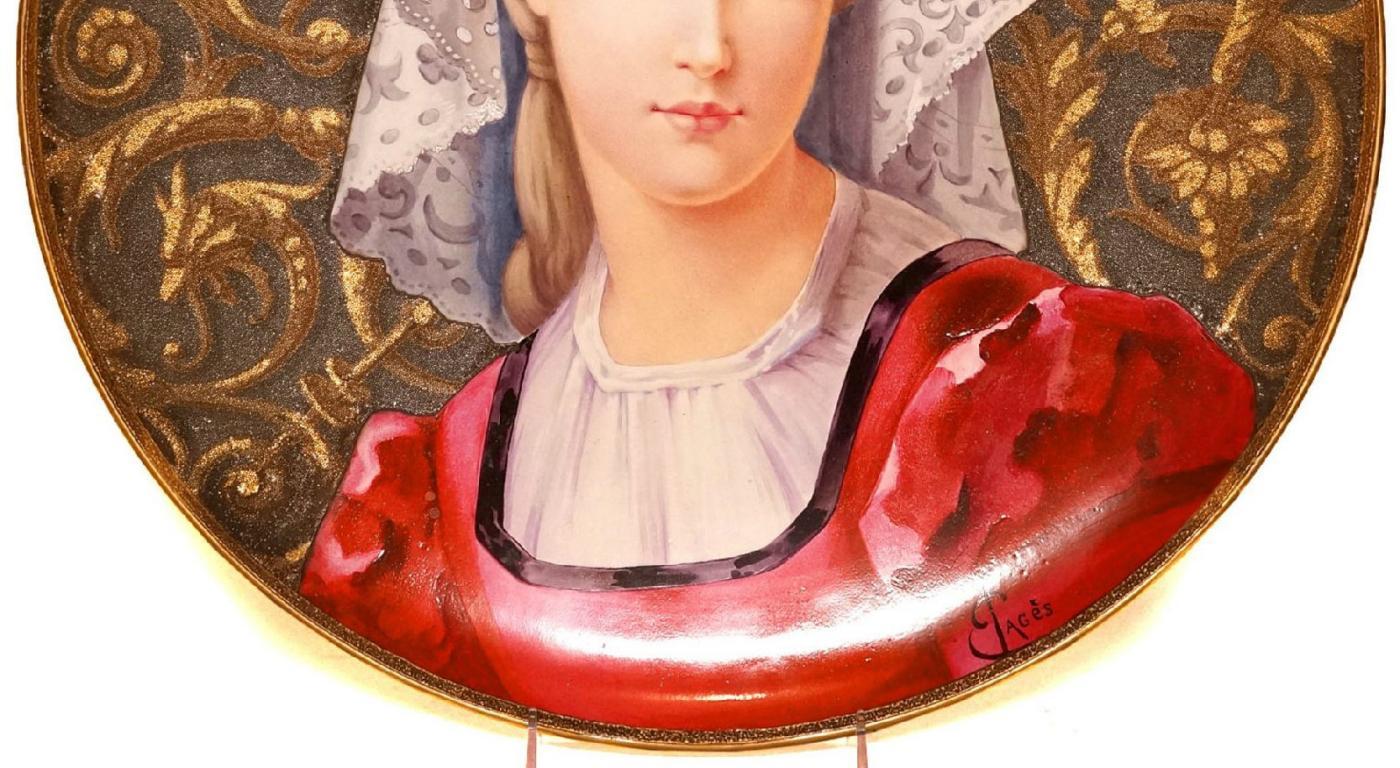 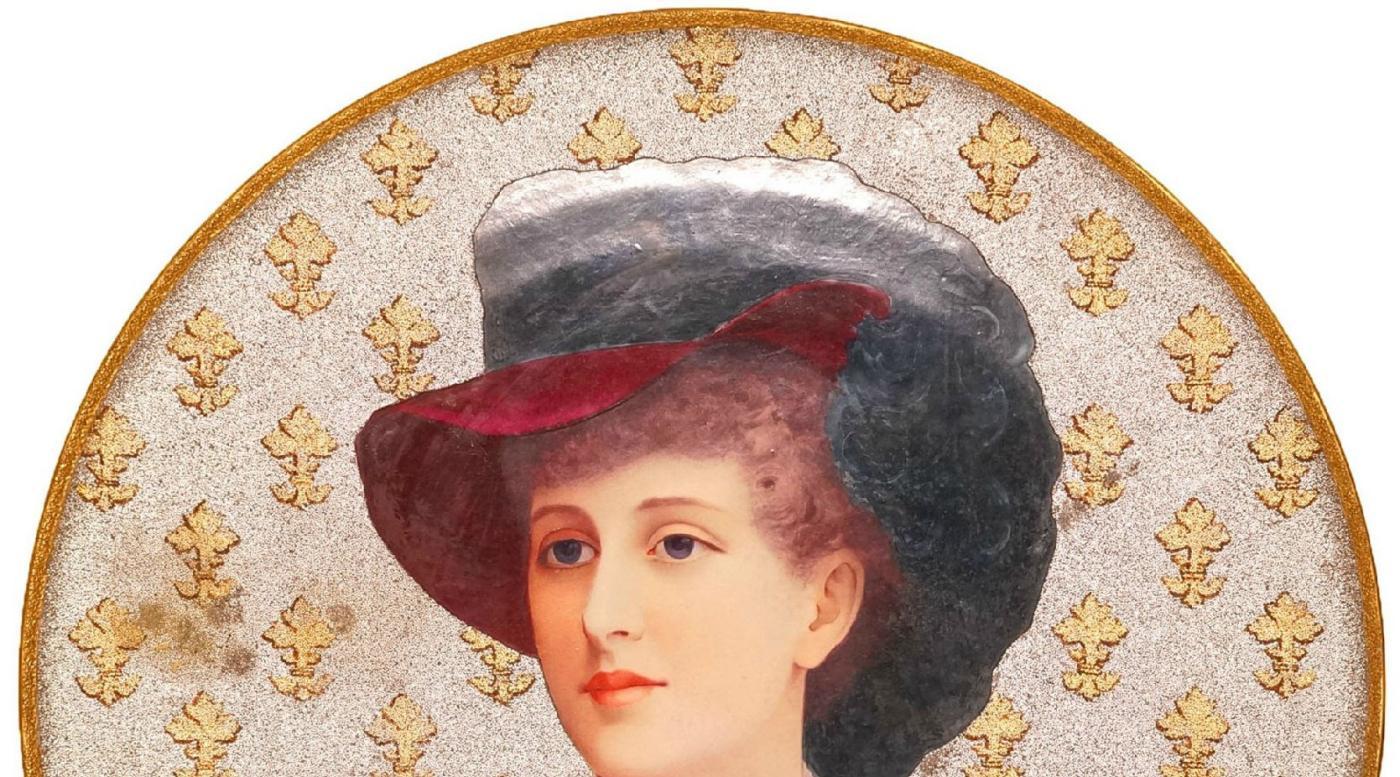 This pair of continental faience painted earthenware chargers, likely from Creil-Montereau or Barluet et Cie, are signed "E Pages", and depict a lovely female in Spanish attire and a woman in nineteenth French century attire on beaded silver ground with fleur-de-lis motif  One carries two original paper labels on rear dating from the early 20th century, including a label of C.W. Firnhaber & Co. of Paris.  Its predecessor, C.W. May, Firnhaber & Company, operated in Paris as early as the 1870s.

Provenance:  The pair were included with another charger in lot 60 of Sotheby's sale of Property from the Estate of Rochelle Sepenuk, Part II, October 29, 2014, New York, with an estimate of $5,000-$7,000.  Condition of each is good.  There are some chips and losses to the textured grounds of each and signs of inpainting over the right shoulder of the French woman.  There is a minor small chip and two restored chips to the rim edge of the charger with the woman in Spanish costume.