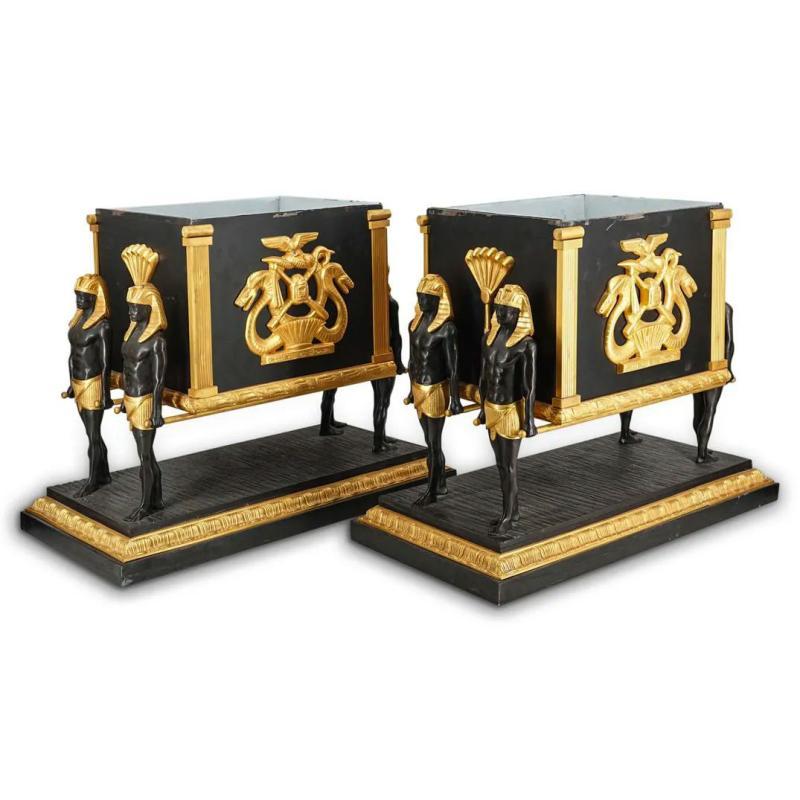 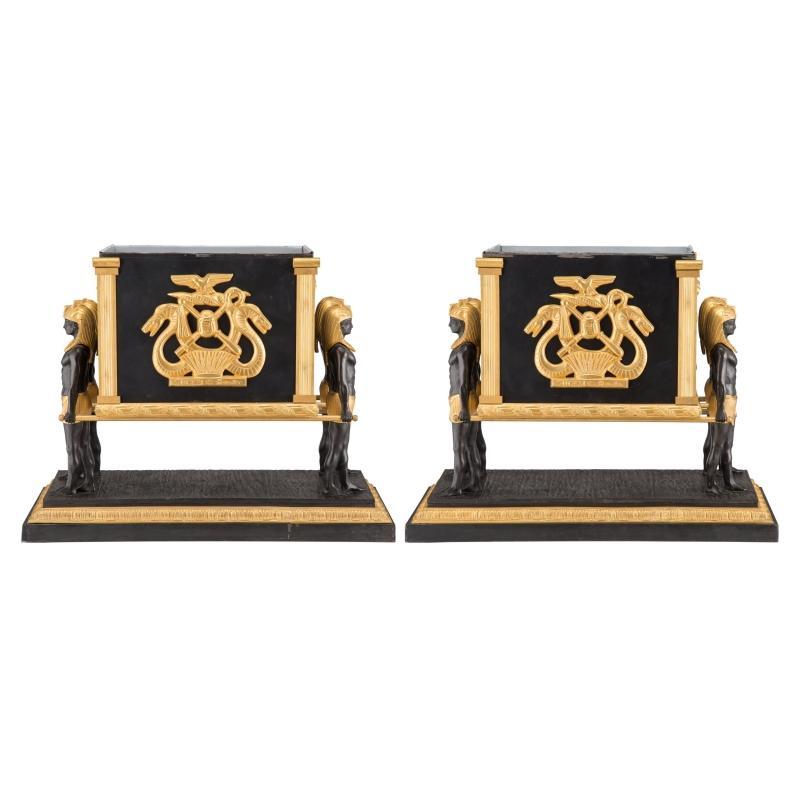 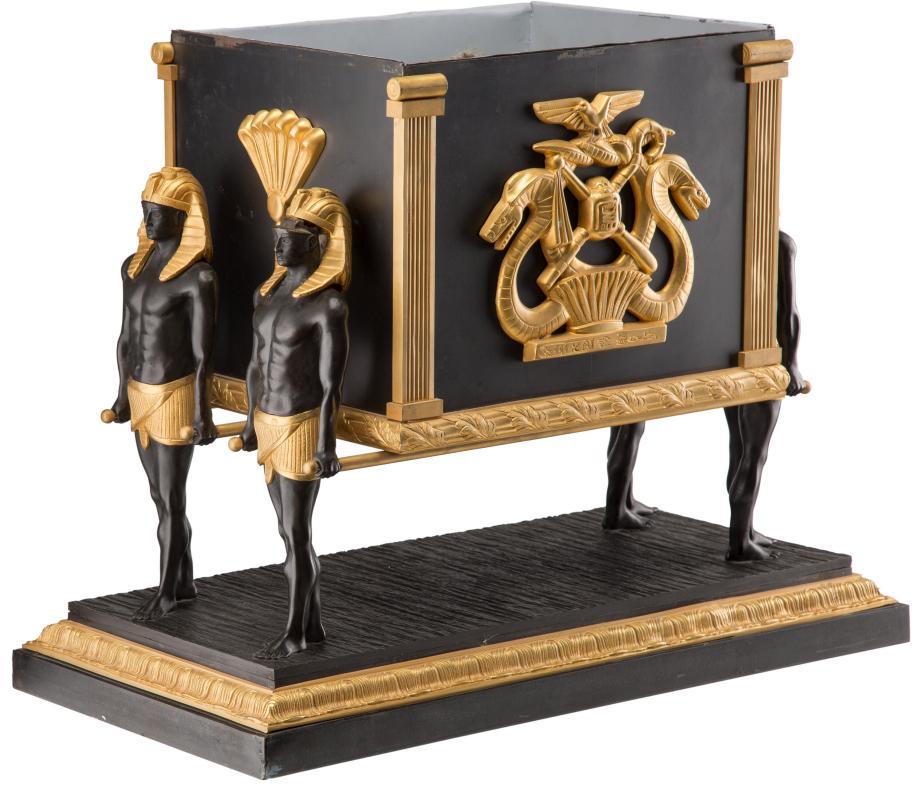 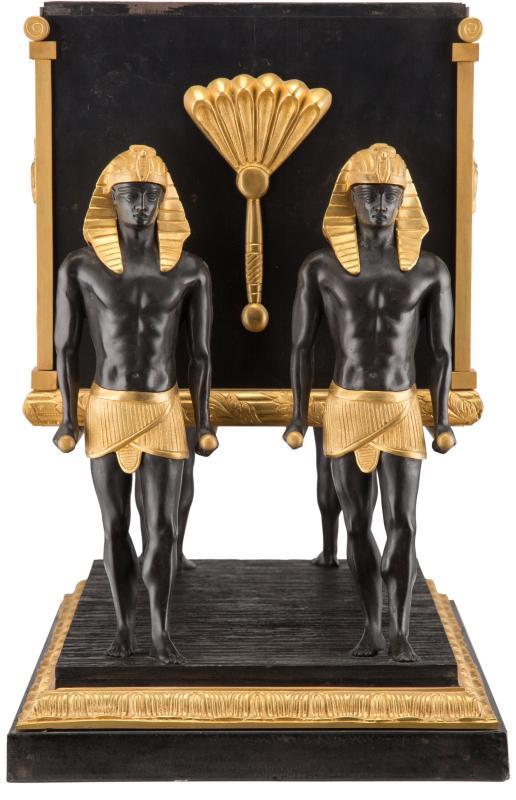 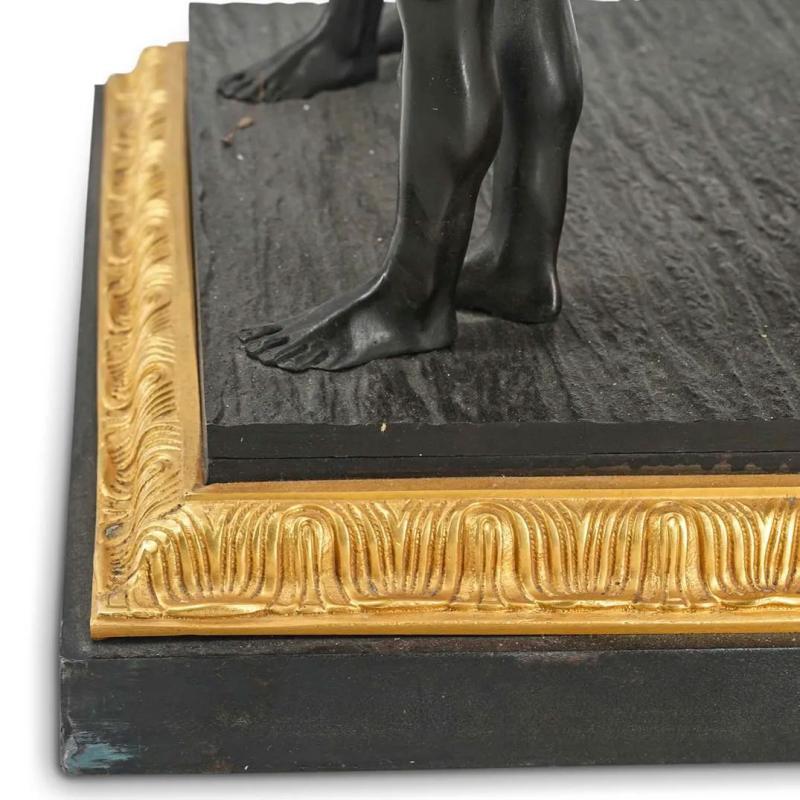 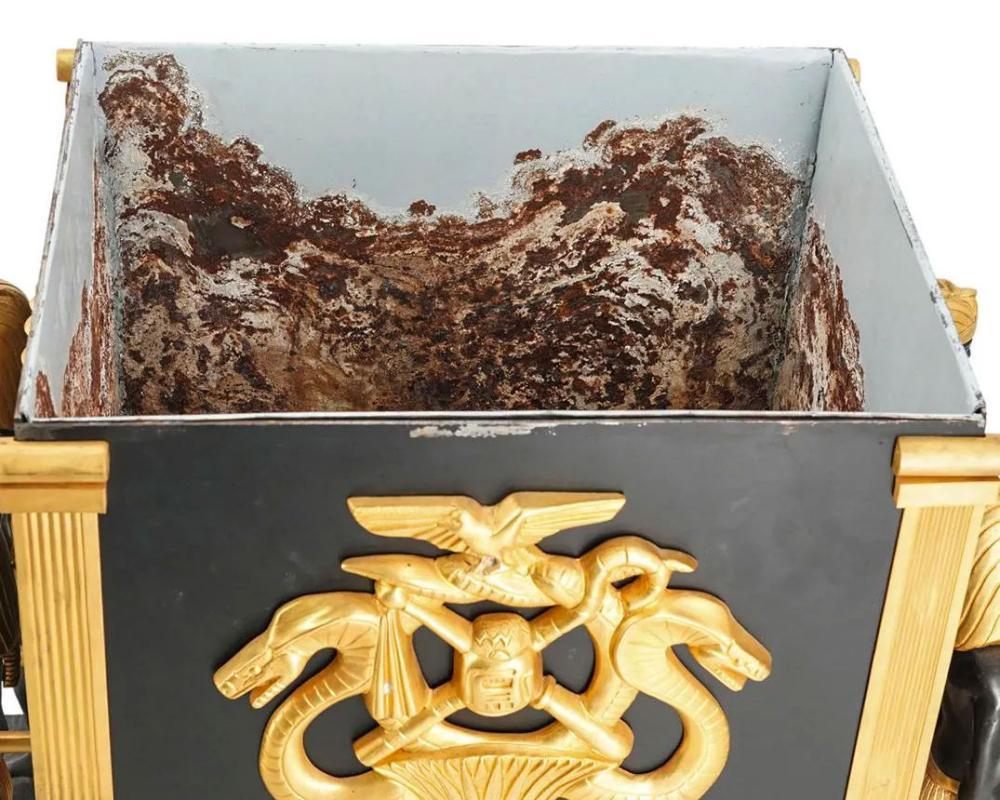 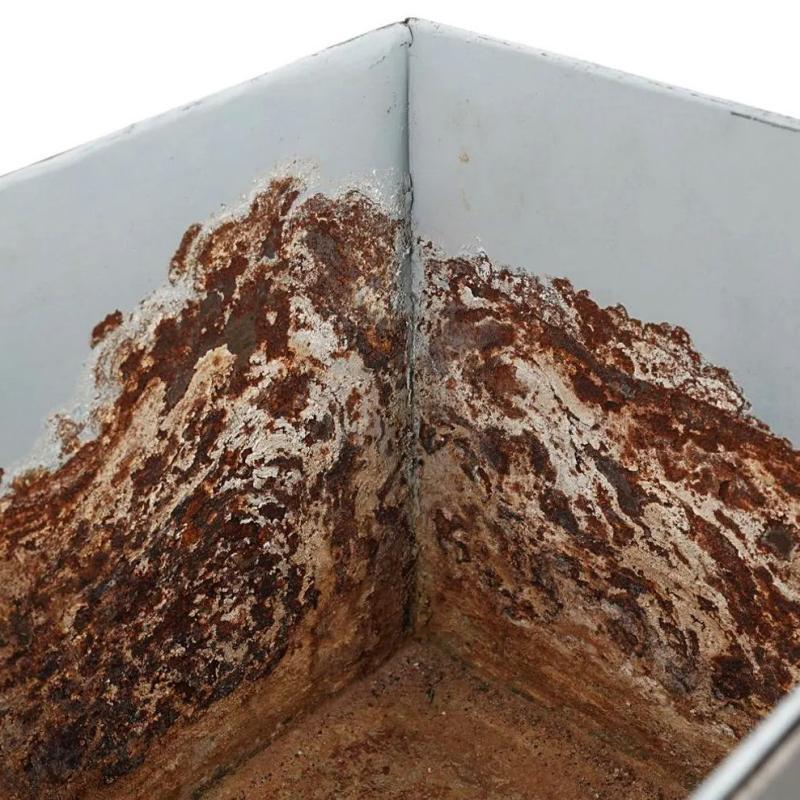 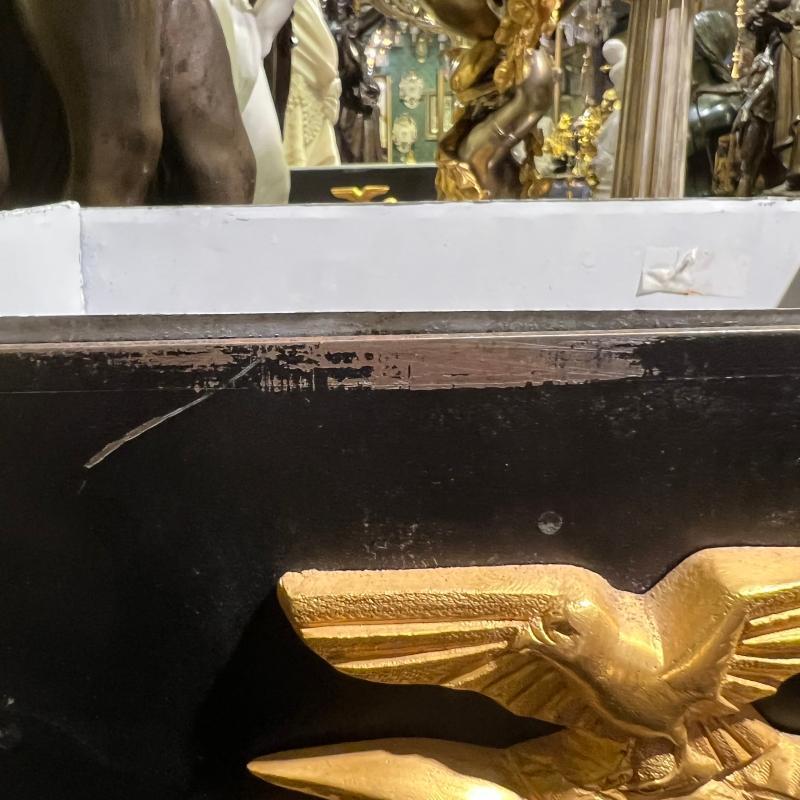 Our pair of vintage patinated metal jardinieres dating from the early to mid 20th century are crafted in the form of an ancient Egyptian litter carried by four male servents and containing a vessel supported by four columns and featuring the emblem of the pharaoh depicting cobra snakes and the crook and flail motif surmounted by an eagle.  Each 19 by 24 1/2 by 12 inches (48.2 by 62.2 by 30.5 cm).

The crook and flail were symbols of the god Osiris but over time came to symbolize the authority of the pharaohs.  The staff represented the pharaoh as shepherd to his people and the flail represented the role of provider of food.

Finely sculpted and cast, but apparently unsigned.  There are scratches, rubbing wear and oxidation to the gilt and patinated surfaces, and obvious wear to the painted interiors of each planter, plus some bends to the metal walls as well.