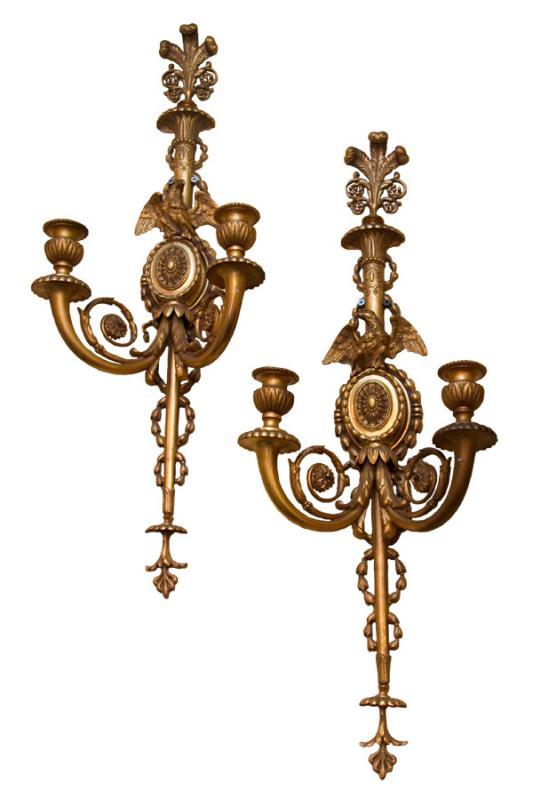 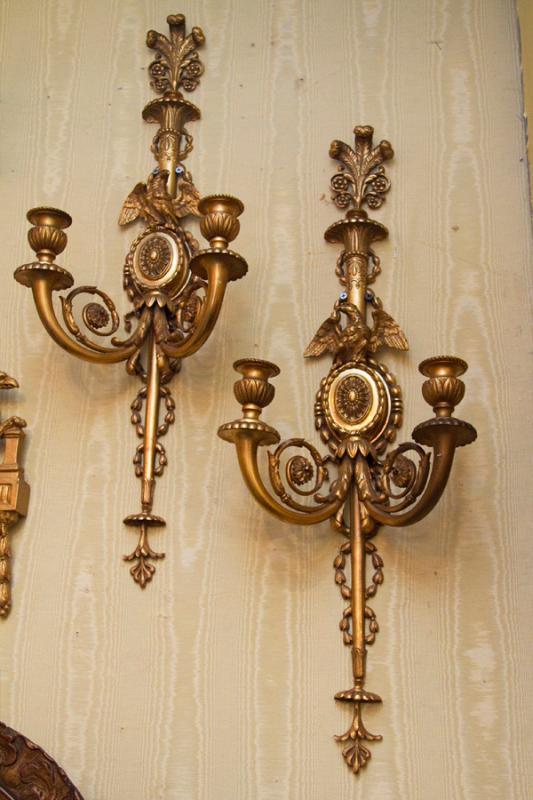 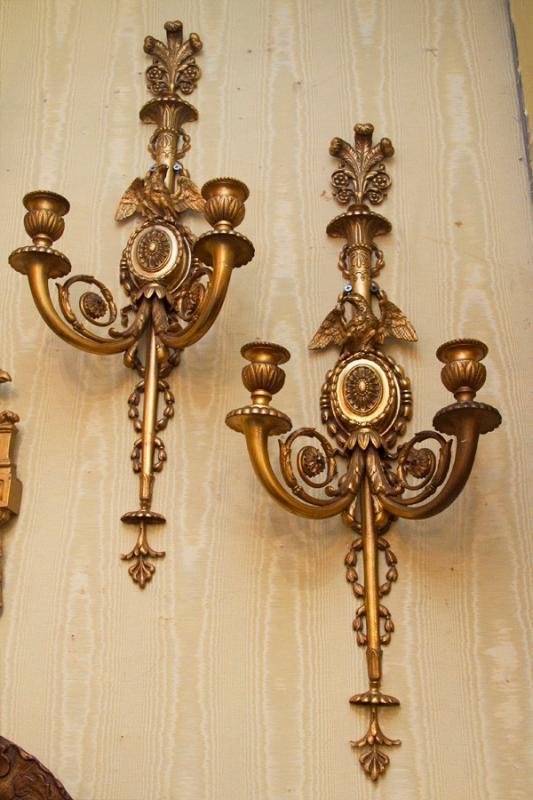 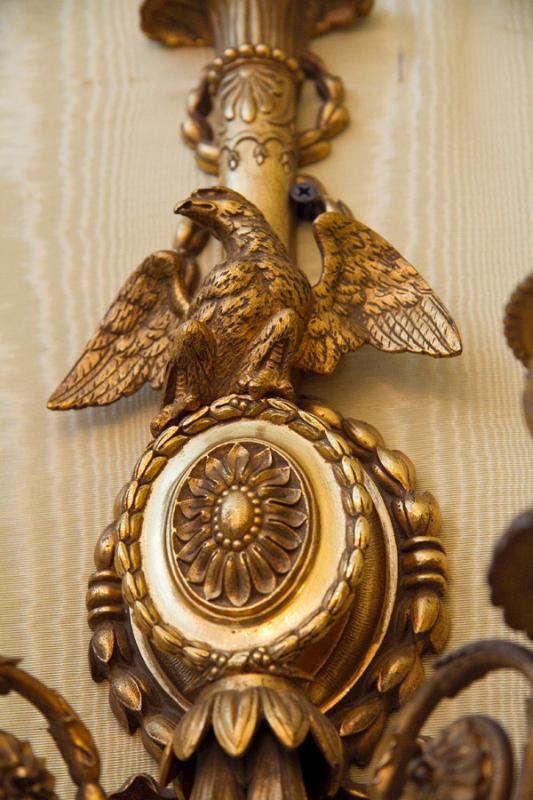 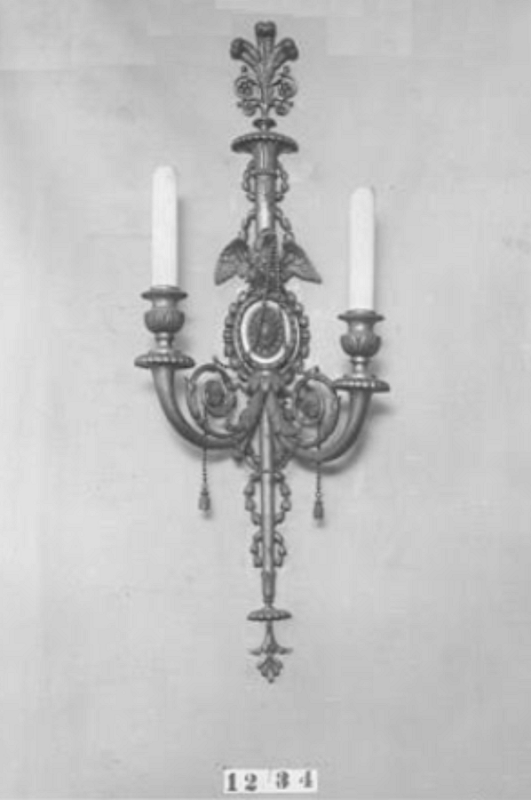 Our beautiful pair of wall appliques in the English Regency style feature long stems decorated with bellflowers, rosettes, anthemions, rosettes, spread-wing eagles and feather plumes, and is attributed to Edward F. Caldwell, widely considered to be the most important and influential designers and producers of fine lighting in the late 19th and early 20th century in the U.S. Measures 29.5" tall and 10.4" wide.  Their style will also compliment any other neoclassical decor, especially American Federal.  Sockets and wiring may be added for an additional fee.  See our image here from the Caldwell Archives at the Smithsonian.