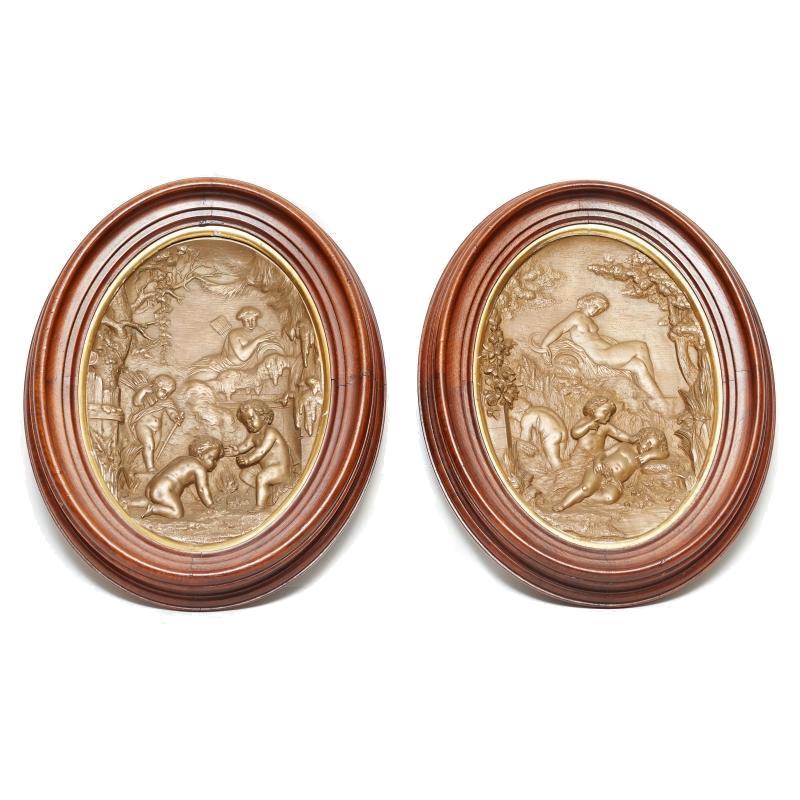 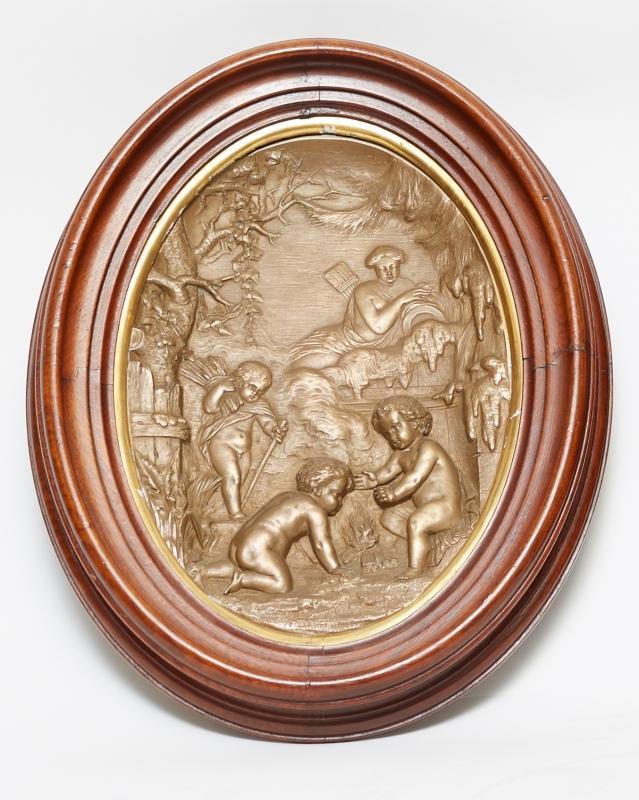 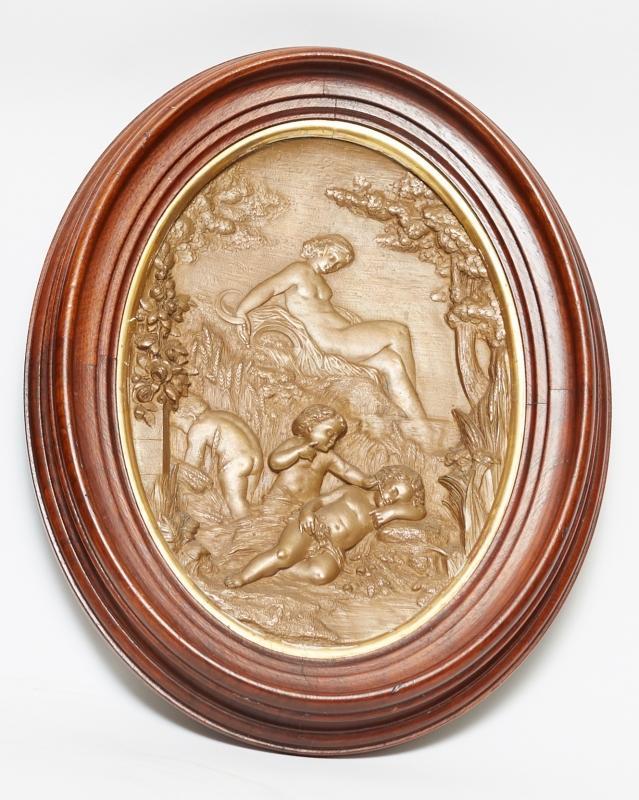 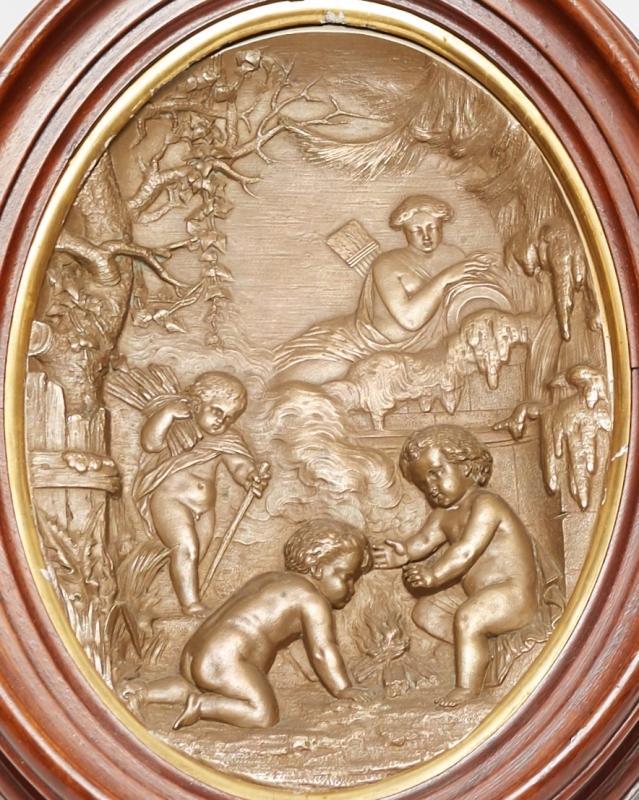 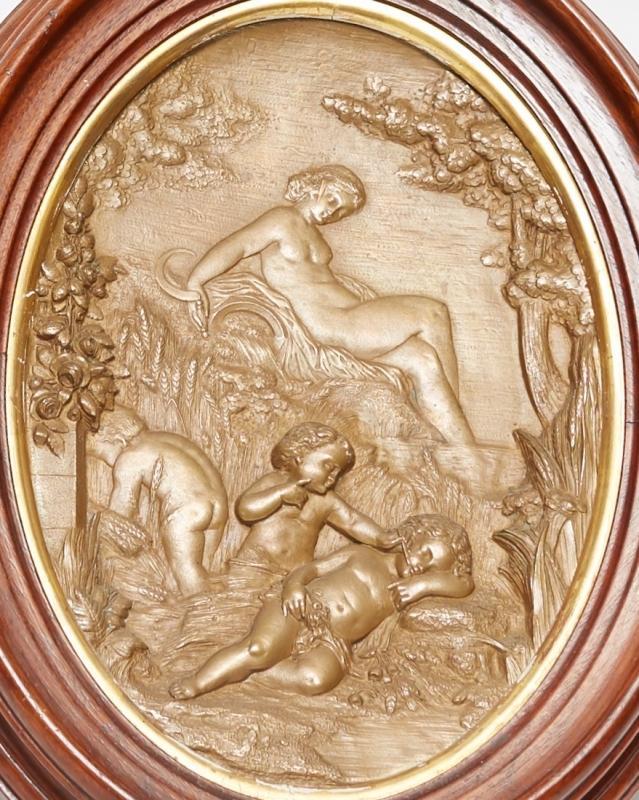 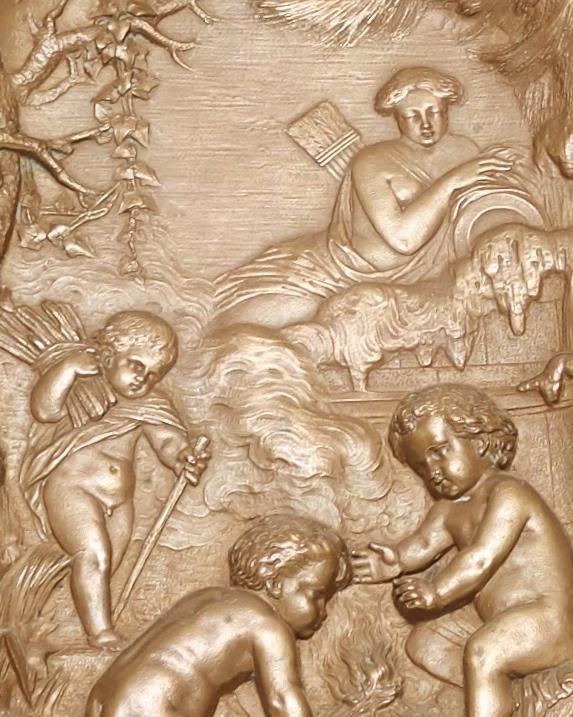 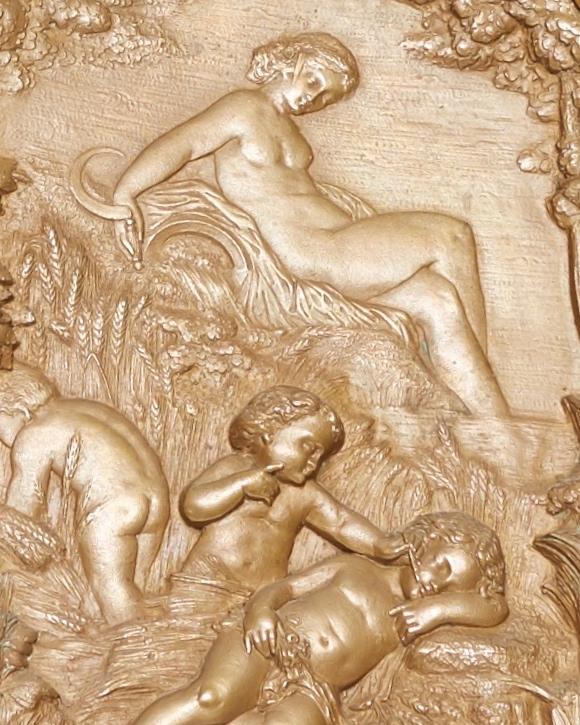 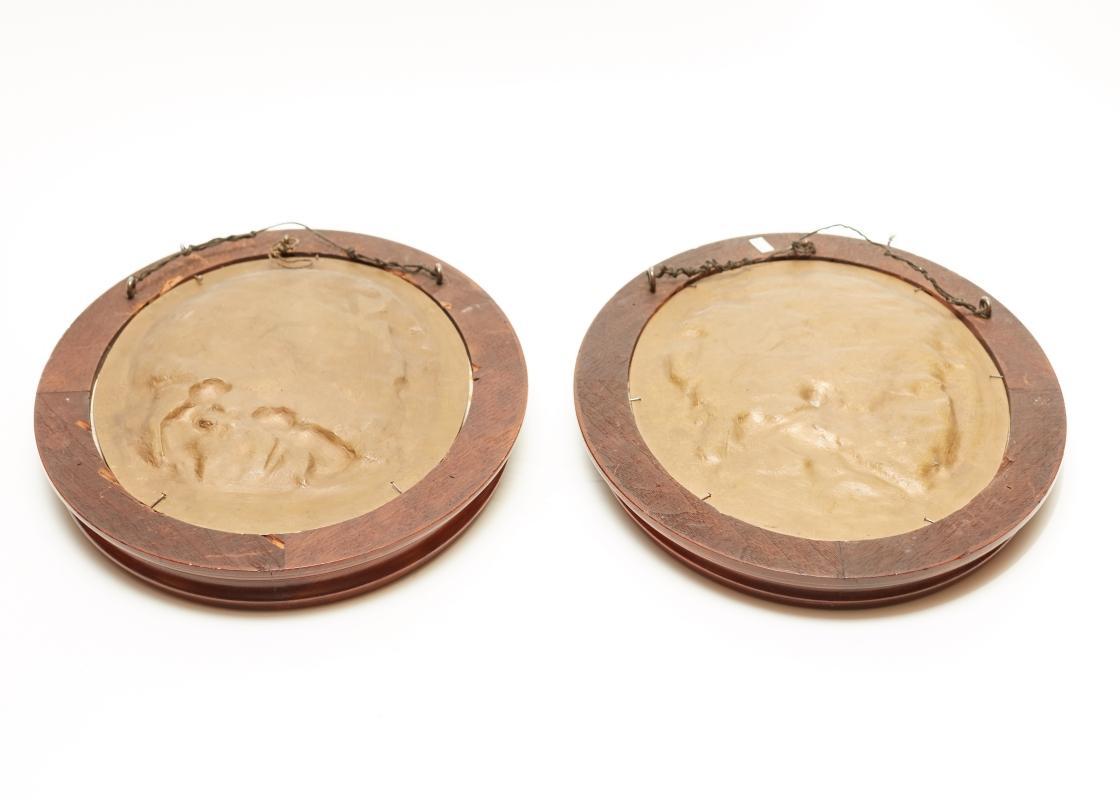 Winter is depicted with three cherubs around a fire with Artemis above.  In Greek mythology, Artemis is the goddess of the hunt, wilderness and wild animals.  She is thd daughter of Zeus and Leto, and sister to Apollo.  Her Roman equivalent is Diana.

Autumn is depicted with cherubs overcome by the labor of the season's harvest with Demeter shown above.  In Greek mythology, she is the goddess of the harvest.  In Roman mythology her equivalent is the Latin goddess Ceres.

Each resides in a period, carved wooden frame measuring approximately 13.75 by 10.75 inches, featuring gesso inner border with gilt surface.    Condition of each is good. There are some small losses to the gilding and gesso.