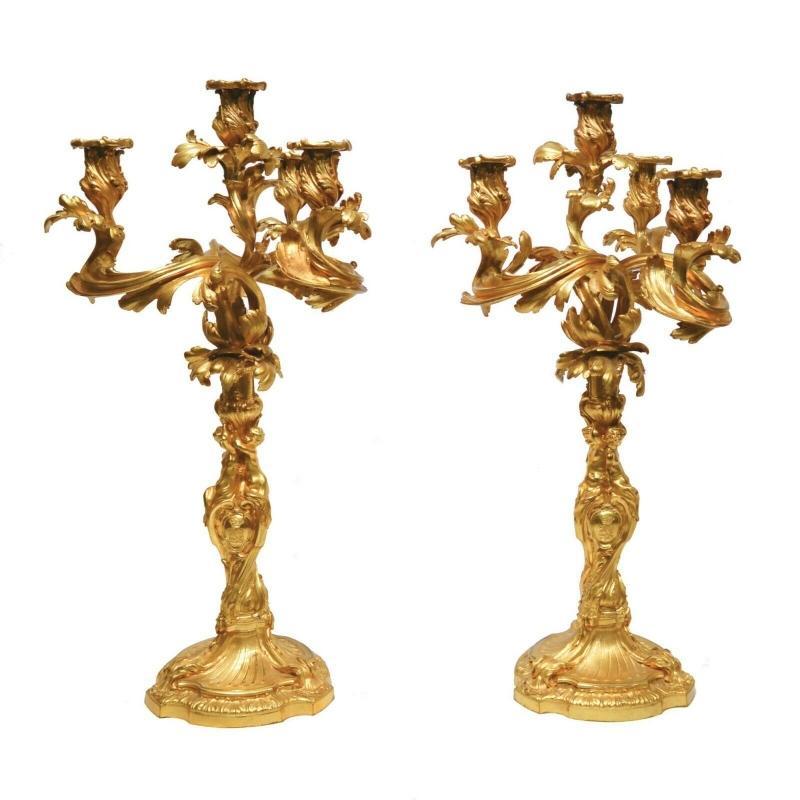 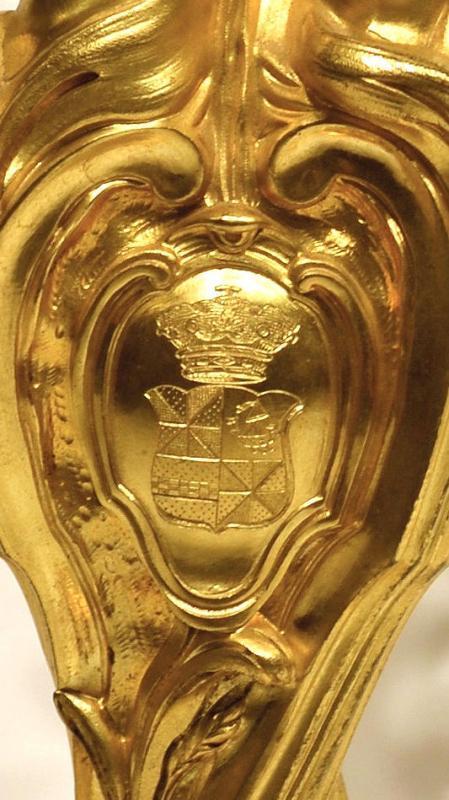 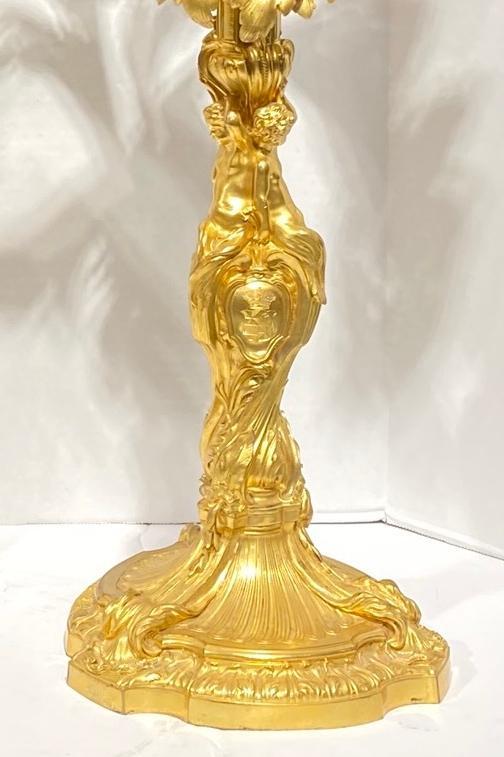 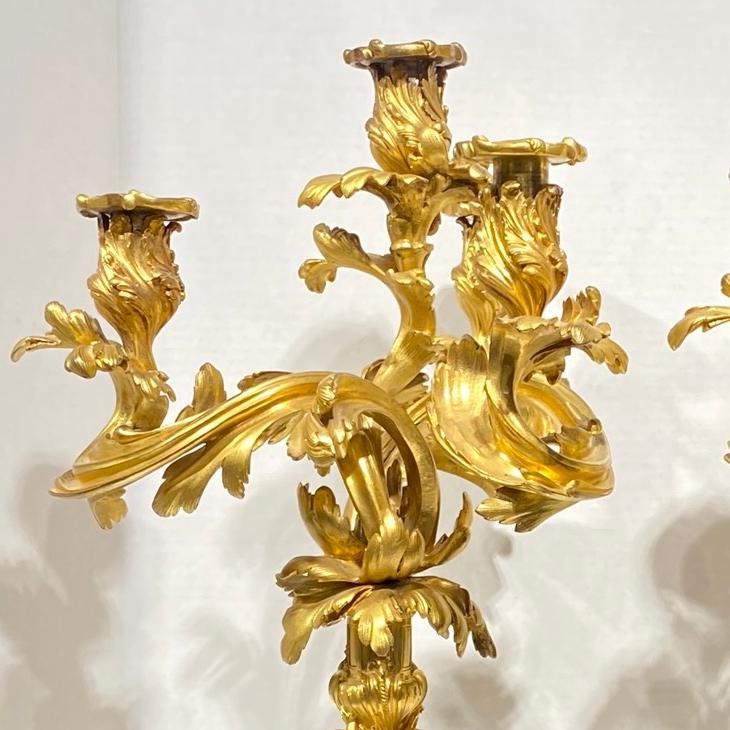 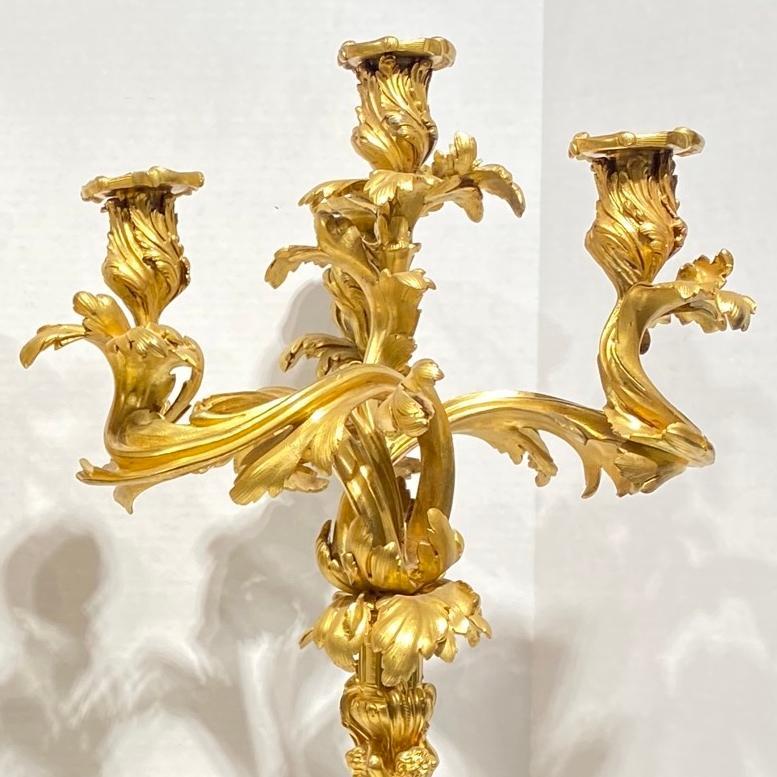 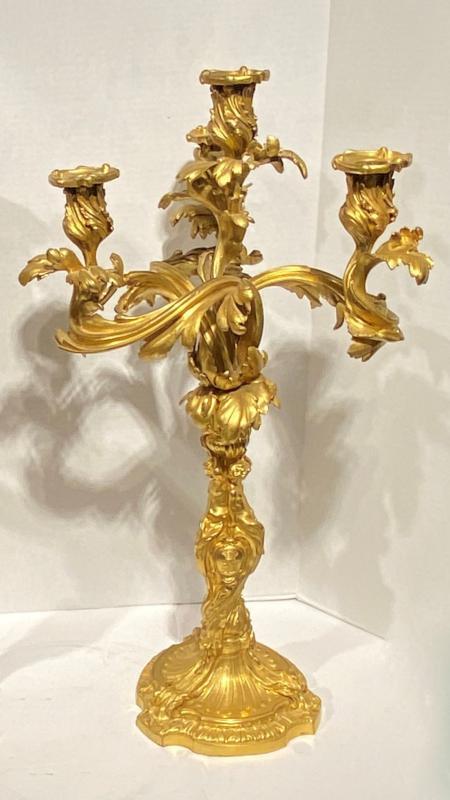 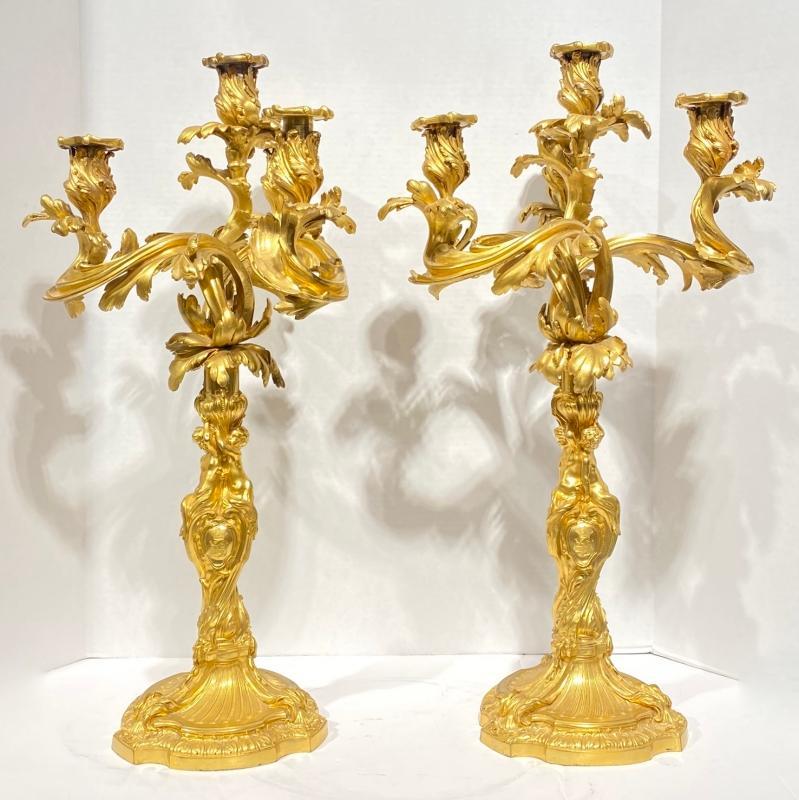 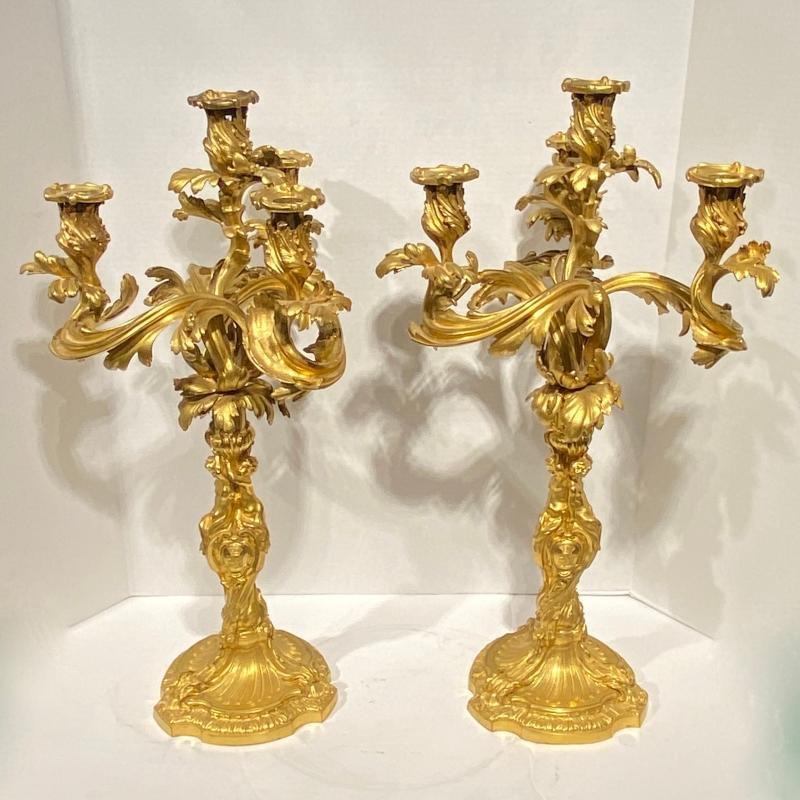 Our beautifully crafted pair of gilt bronze candelabra in the Louis XV style, after the original models by Juste-Aurele Meissonnier (1695-1750), have standards featuring three seated putti in classical drapery above a c-scroll cartouche engraved with armorial crest of the Earl of Breadalbane and Holland of Scotland.  Apparently otherwise unmarked and dating from the nineteenth century. Height:  24 in (61 cm).  Each in good condition, with scratches, rubbing wear, some small patina losses and replaced hardware visible on undersides.

On October 20, 2006, Sotheby's in New York offered in lot 123 a set of four ormolu candelabra from the George III period (circa 1800-1810) that were engraved with the same crest of the Earl of Breadalbane and Holland, and attributed to the royal goldsmiths, Rundell, Bridge and Rundell.  The estimate was $200,000-$300,000.  They were apparently purchased by John Campbell, 4th Earl of Breadalbane and Holland (1762-1834), Respresentative Peer for Scotland, 1784-1806, who also served as Councillor of State for Scotland to the Price of Wales in the latter years. A Fellow of the Royal Society, he also advanced to become a Lieutenant General in the Army in 1814. He married in 1793 Mary Turner, 1st daughter and coheir of David Gavin, of Langton House, co. Berwick, by Elizabeth, daughter of the 7th Earl of Lauderdale. In 1831, on the coronation of William IV, he was created Earl of Ormelie and Marquess of Breadalbane.  He died three years later at Taymouth Castle in County Perth, home of the Campbell clan.  The lot description suggests the set may have been purchased in connection with the remodeling of Taymouth Castle that began in 1806.