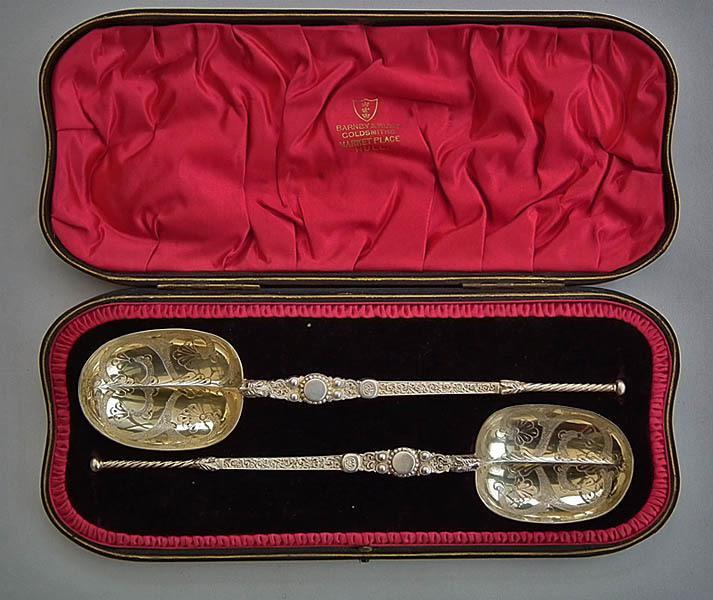 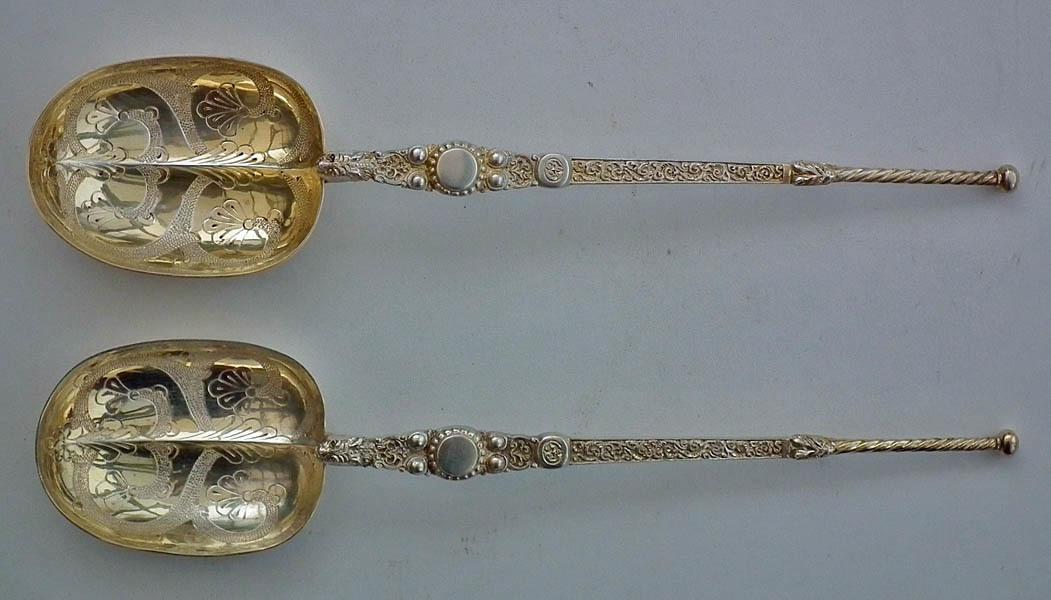 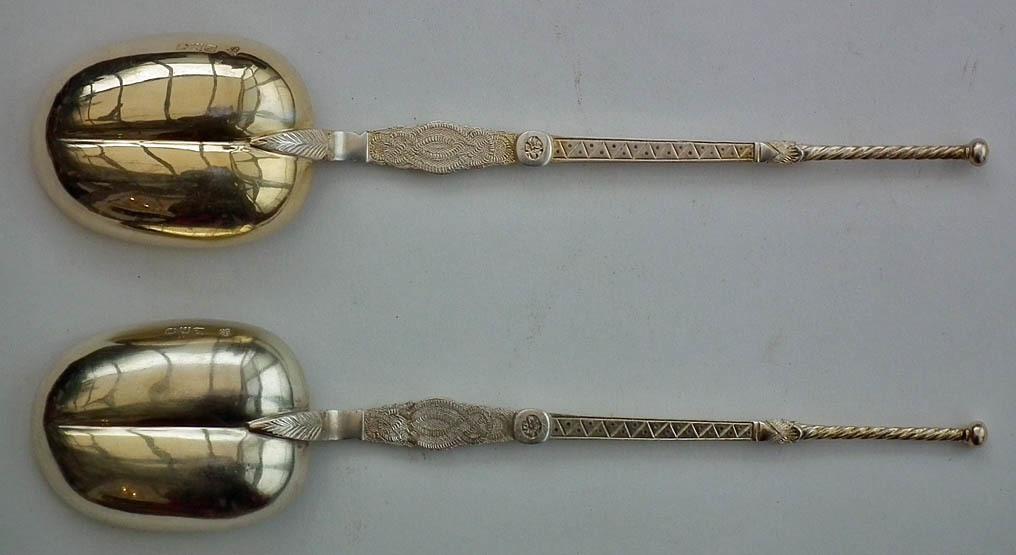 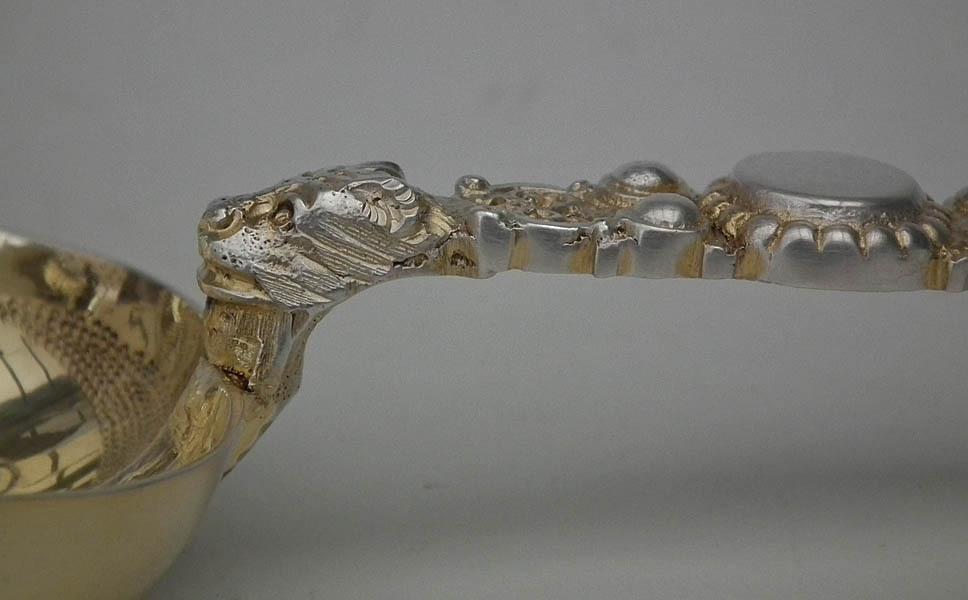 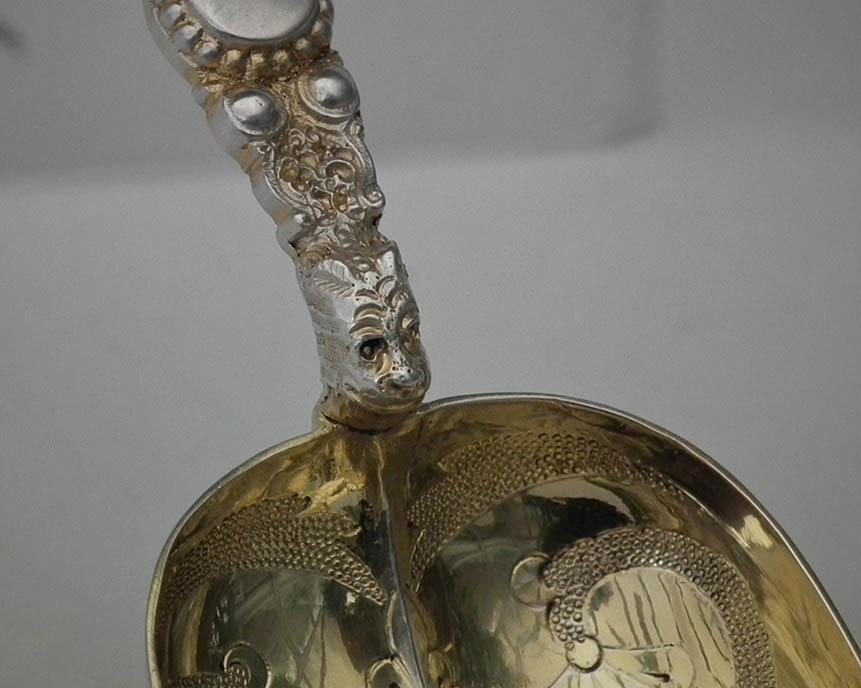 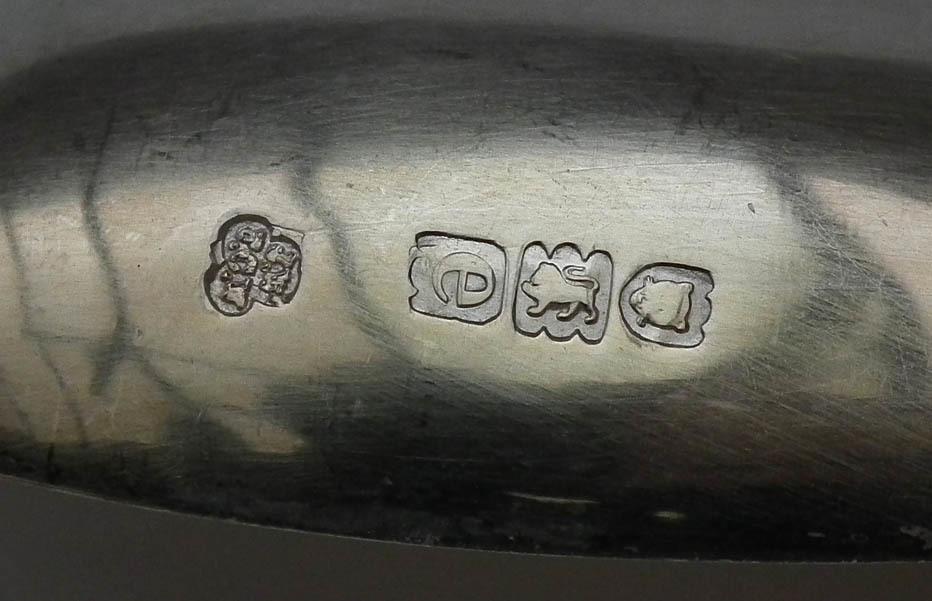 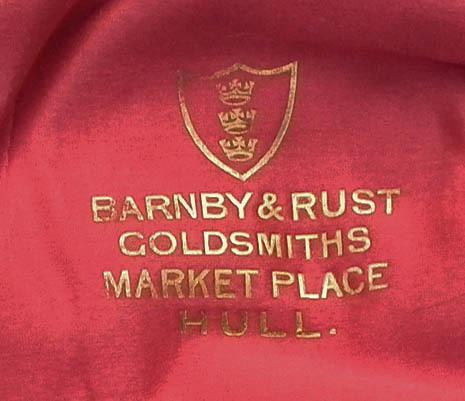 A Pair of superb quality antique, 1900 A.D. English Sterling Silver Gilt Anointing Spoons. These are replicas of the spoons from the Edward VII and his wife Alexandra Coronation Regalia, as The King and The Queen of the United Kingdom and the British Empire, on August 9, 1902. From what I've read, holy oil is poured from the Ampulla, which is in the form of a gold eagle, into the spoon. The spoon is then applied by the Archbishop to the new sovereigns head, breast and palms.

The spoons are complete with their original, fitted, presentation case, the purple satin lining on the inside of the hinged lid is gold stamped with retailer name “BARNBY & RUST GOLDSMITHS MARKET PLACE, HULL. “