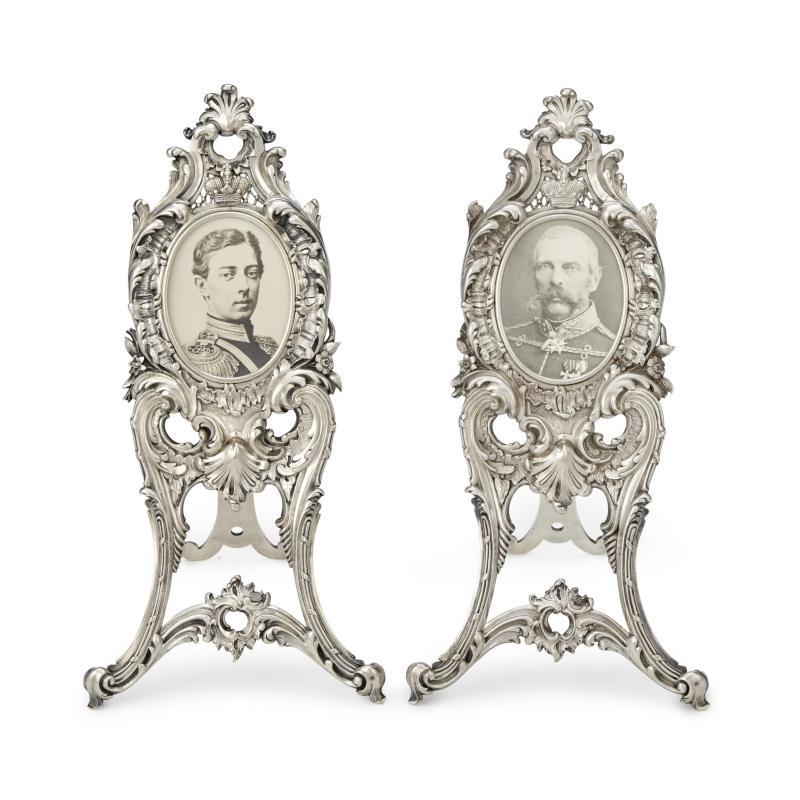 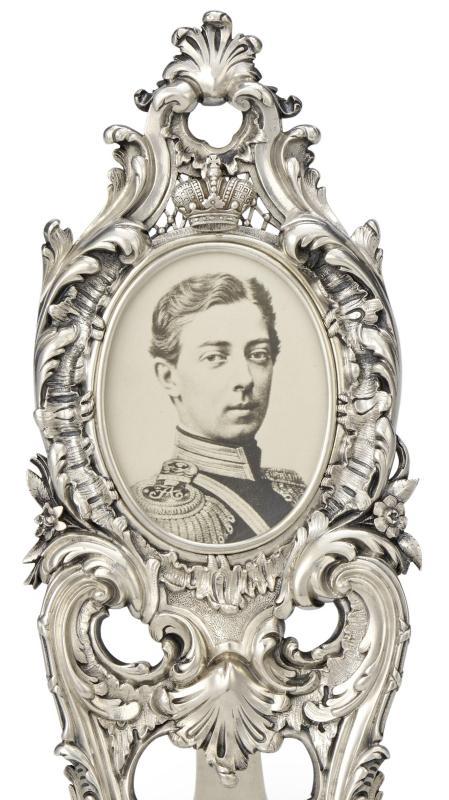 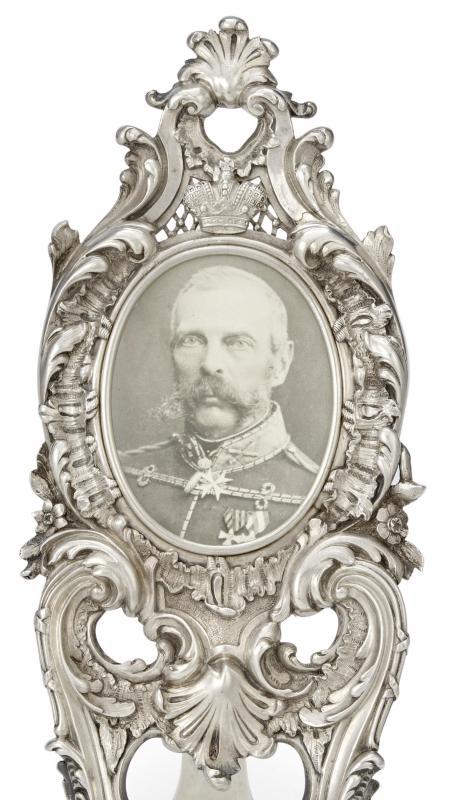 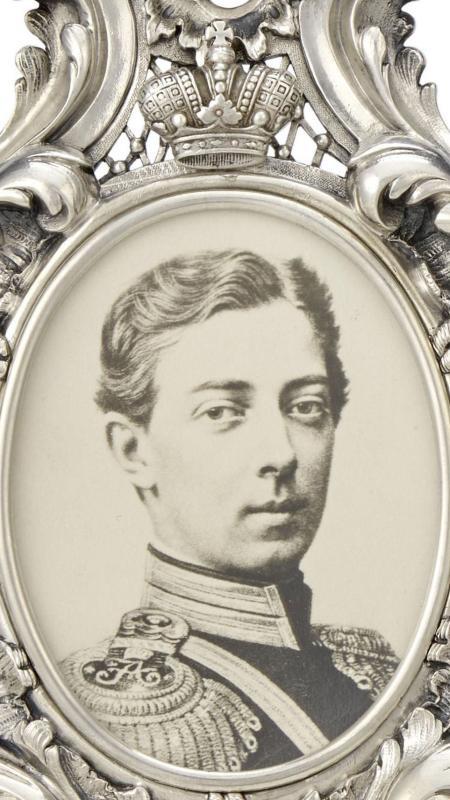 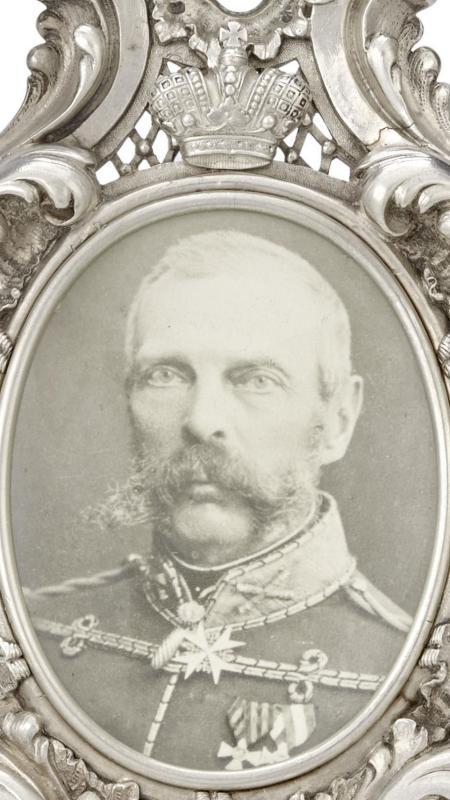 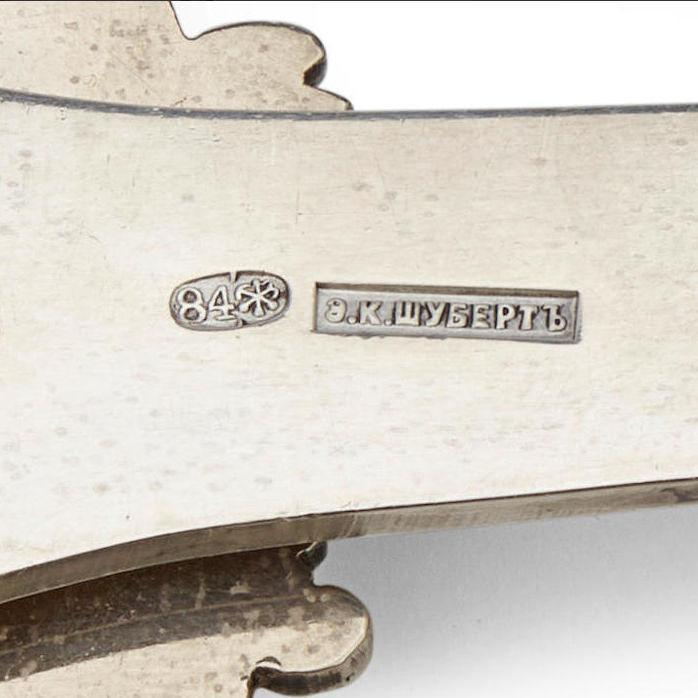 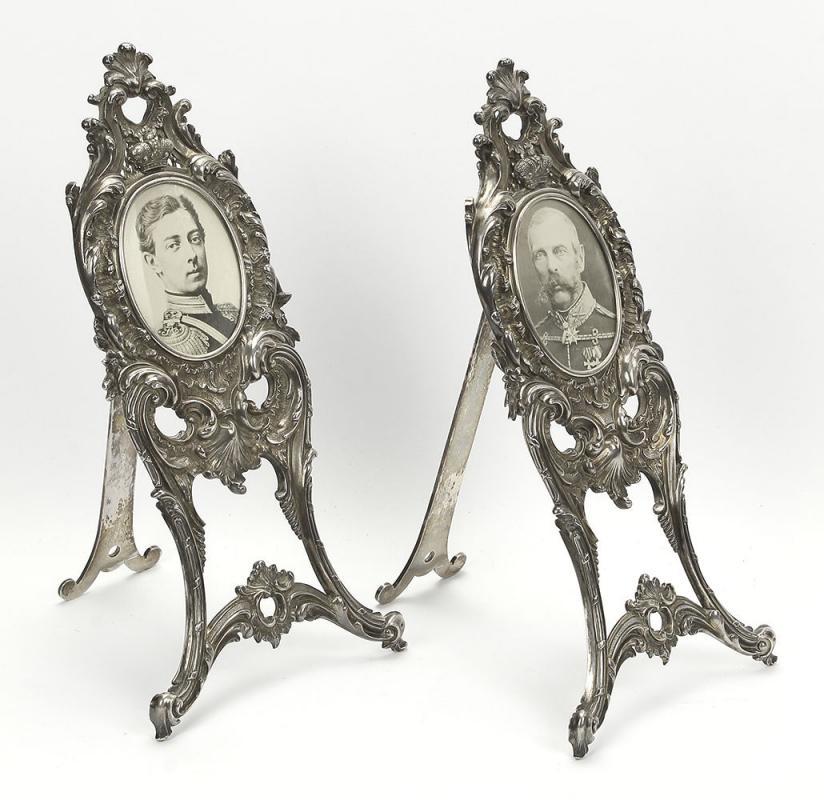 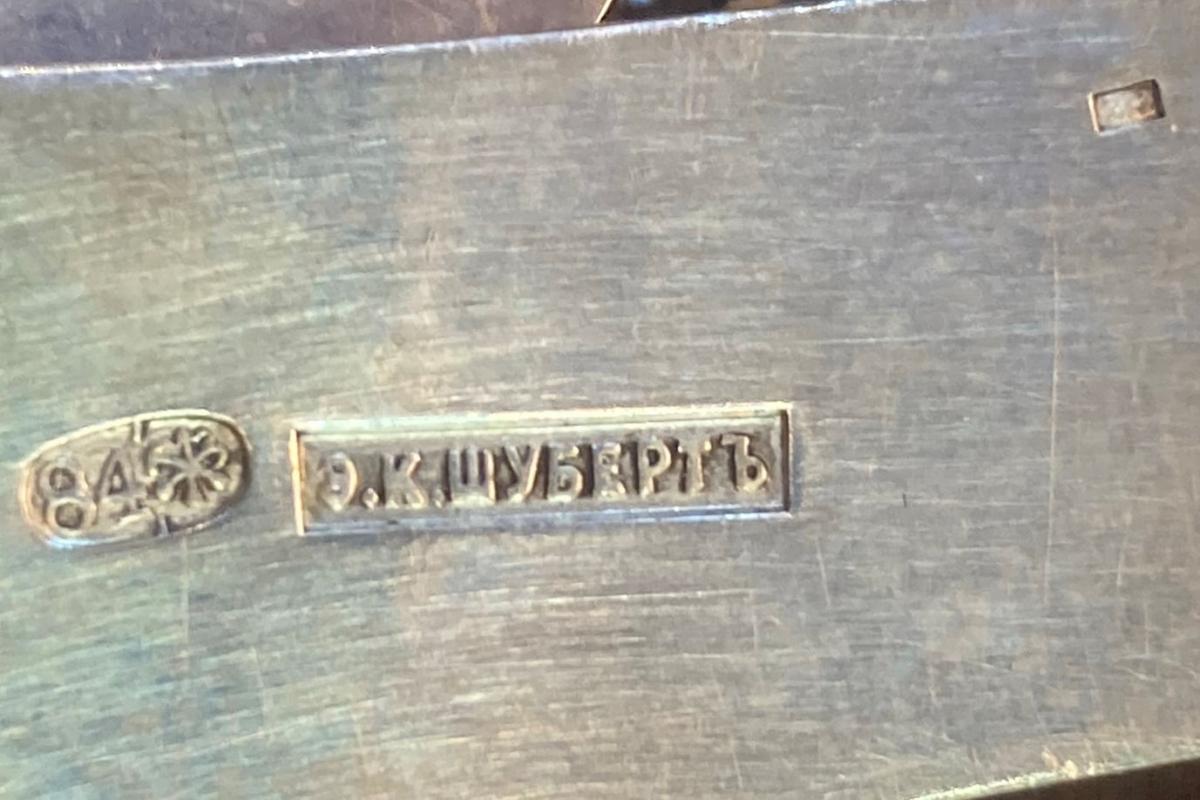 Our client's silver picture frames in the neo-rococo style come from A.K. Schubert (Шуберт) of Saint Petersburg, circa 1880s, each measure 9 1/4 in (24 cm) tall, and feature an elongated shape with oval picture aperture surmounted by the Russian imperial crown with ornate cast and chased rocaille and scrolling motifs, shells and vines, with reed and ribbon-tied motifs at the legs.

One with a photograph of Czar Alexander II (Алекса́ндр II Никола́евич, Aleksándr II Nikoláyevich) and the other depicting Grand Duke Nikolai Alexandrovich Romanoff (1843-1865), eldest son of Emperor Alexander II and Empress Maria Alexandrovna.  These photographs are old, but may not date from the period of the frames.

On the struts are the maker's mark and combined standard and city mark and small rectangular shaped illegible mark above.  The combined mark, known as the dvoinik or double mark, including the 84 standard mark and simplified coat of arms, the mark of St. Petersburg, dates the frames to as early as 1882.

There is a small rectangular and illegible mark on the rear of the top of each, and on the right foot of each are worn circular mark for St. Petersburg.

Each in good condition. There are discoloration spots on the rear of each, rubbing wear and scratches.  On one a screw on the rear of the aperture is missing.