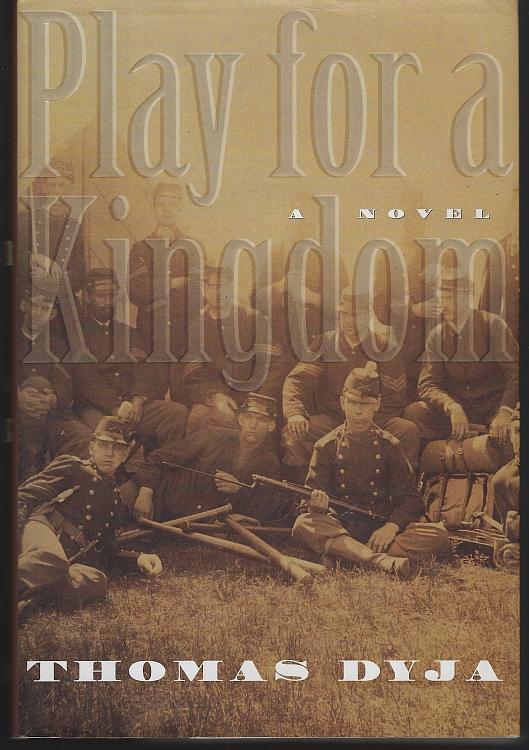 Play for a Kingdom a Civil War Novel by Thomas Dyja. New York. Harcourt Brace. 1997. First Edition. Hardcover. Good in Good dust jacket. Edgewear. When Union soldiers and Rebel troops accidentally cross paths, they decide to put aside the bloodshed and compete in their own way, breaking out the baseball and playing game after game, until the horrors of war once more overwhelm them. 416 pages.