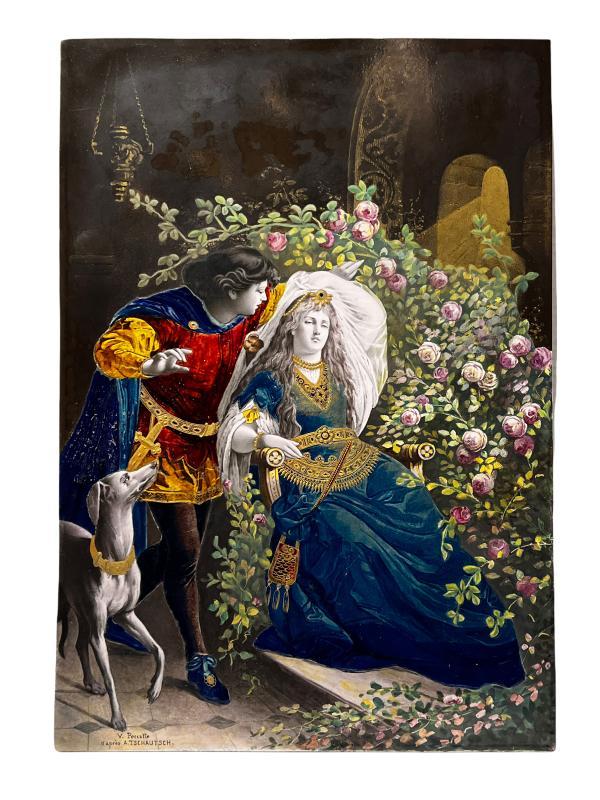 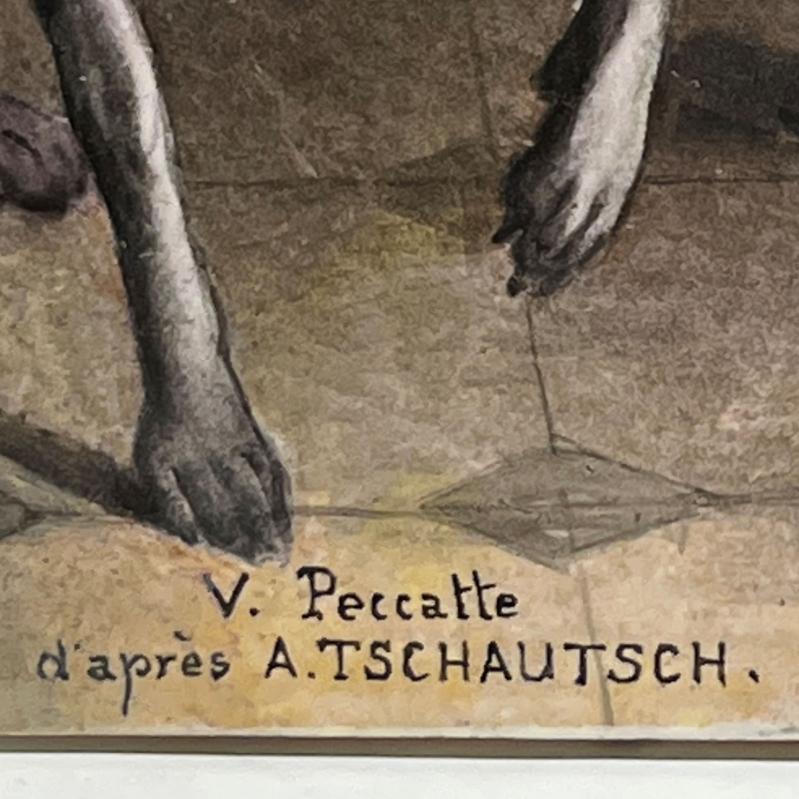 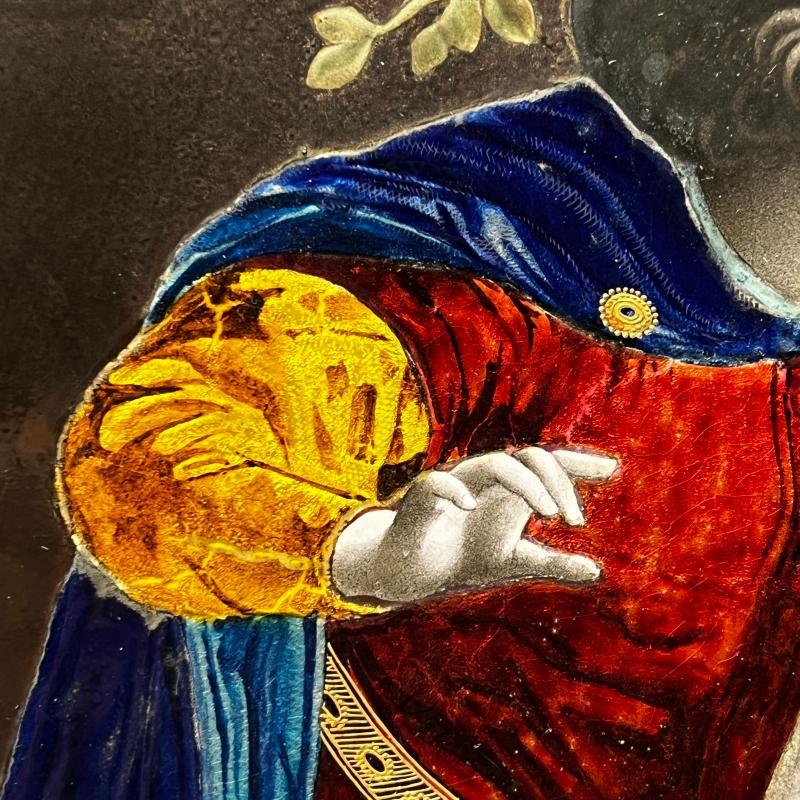 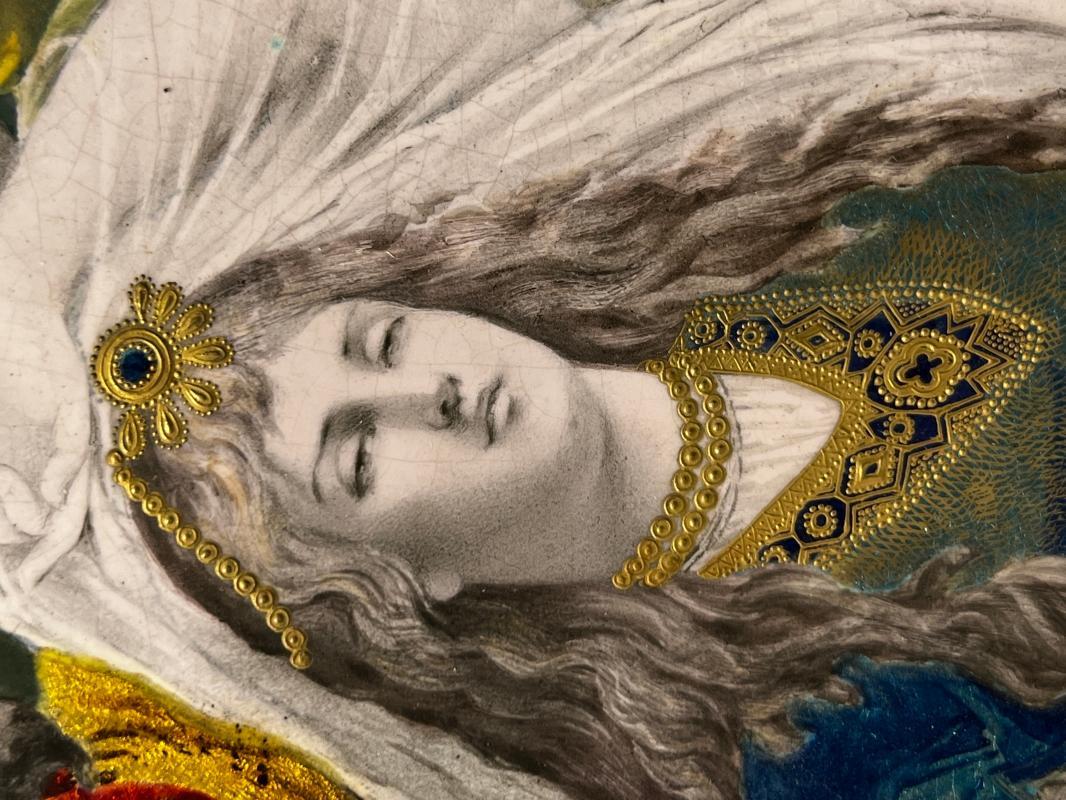 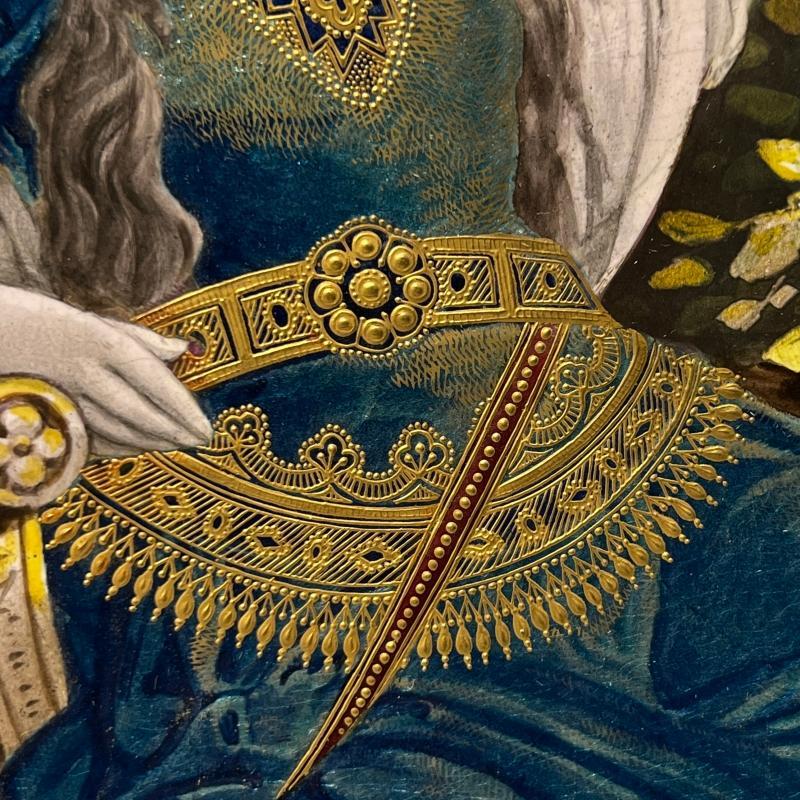 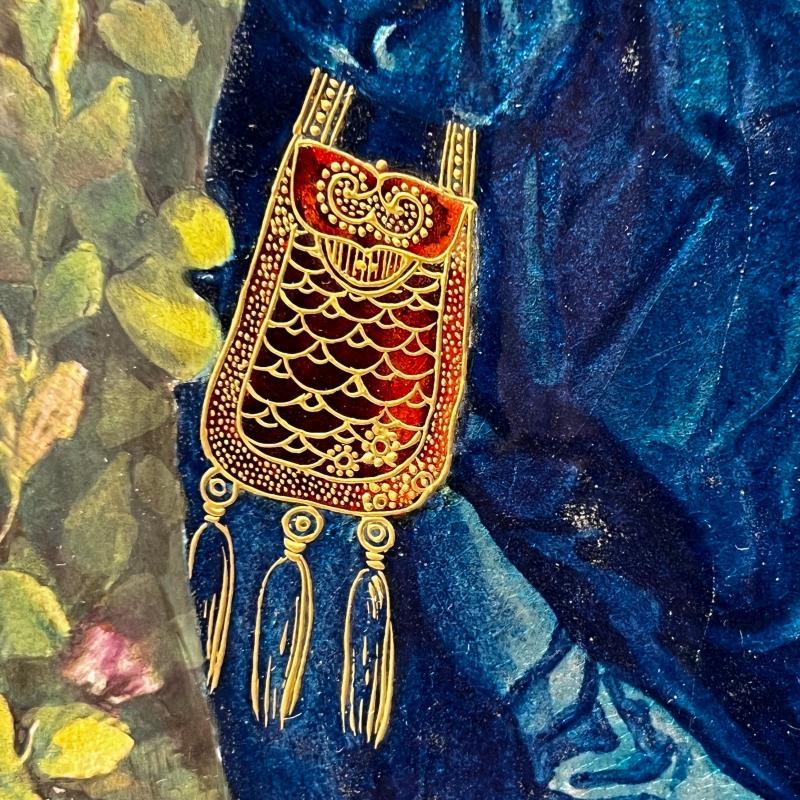 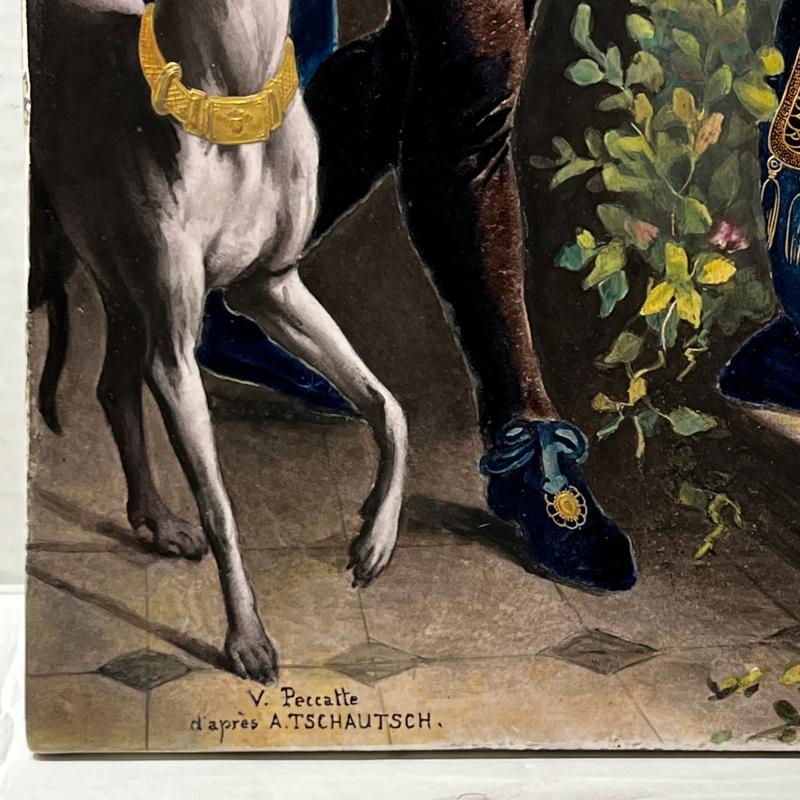 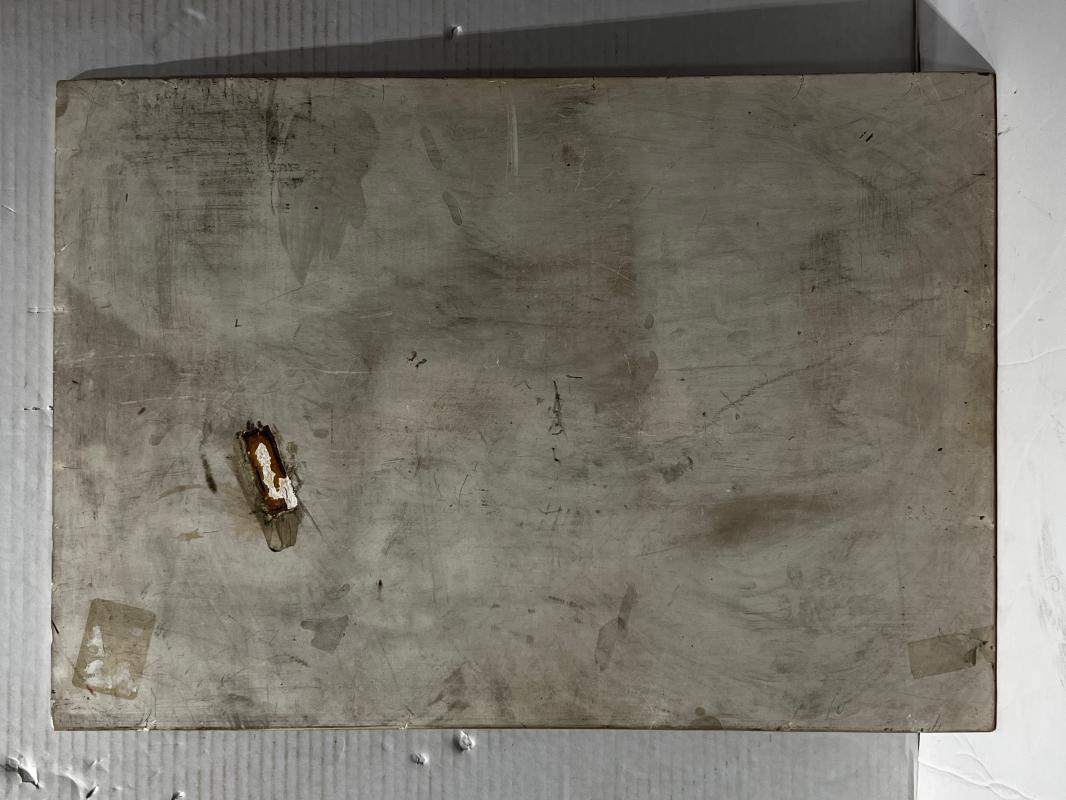 Our beautiful hand-painted and enameled porcelain plaque by V. Pecatte after the original painting by the German genre painter, Albert Tschautsch (1843-1922) is known as a Ray of Sunshine.  The work depicts a young man adoring his beloved illuminated by rays of lights as she sleeps.  The work was reproduced as an engraving and published in La Ilustración Artística in 1882.

In very good condition, with some modest losses at the edges. Additional images forwarded upon request.

Tschautsch is known for his depictions of scenes from literature, especially fairy tales and Shakespeare.

Peccatte was an exceptional decorator of porcelain active in France in the third quarter of the nineteenth century.  His figurative paintings in the neoclassical and orientalist styles adorned vases, urns and plaques from makers in Paris and elsewhere.  See the pair of porcelain vases decorated by Peccatte that were offered by Christie's in New York on June 8, 2014 in lot 246 that achieved a hammer price of $30,000.