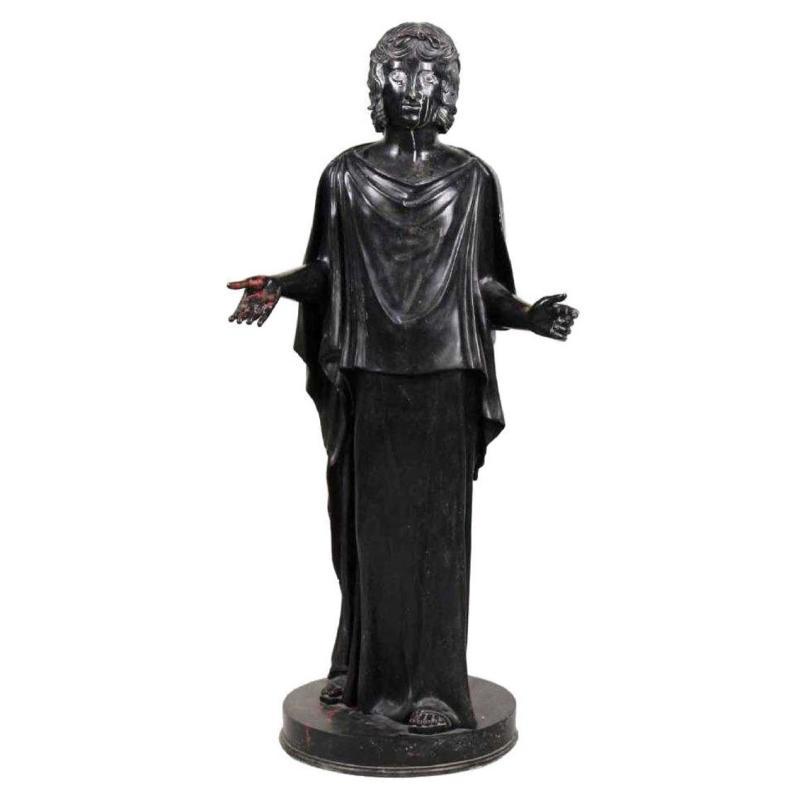 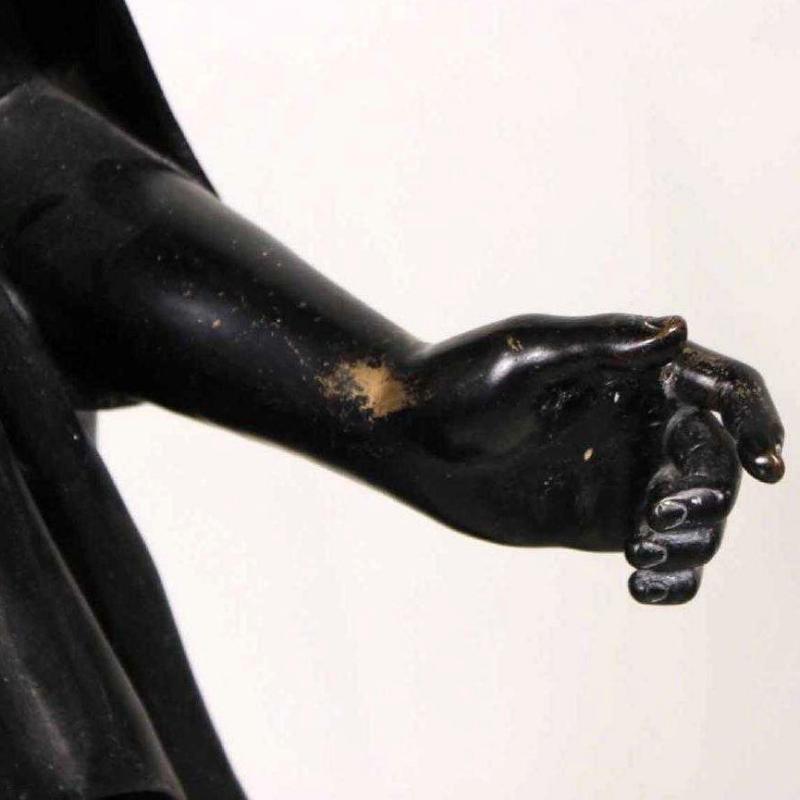 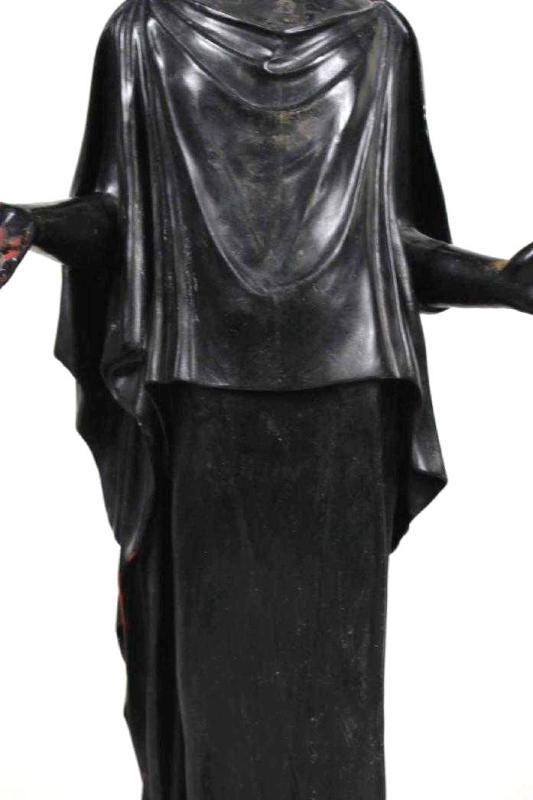 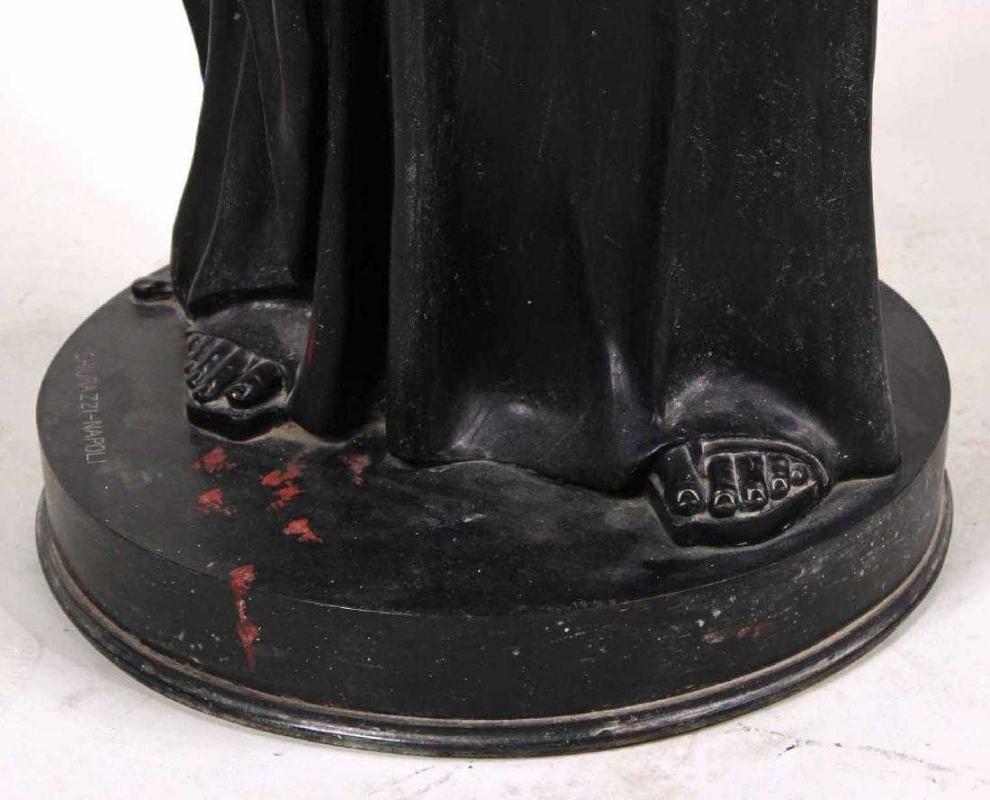 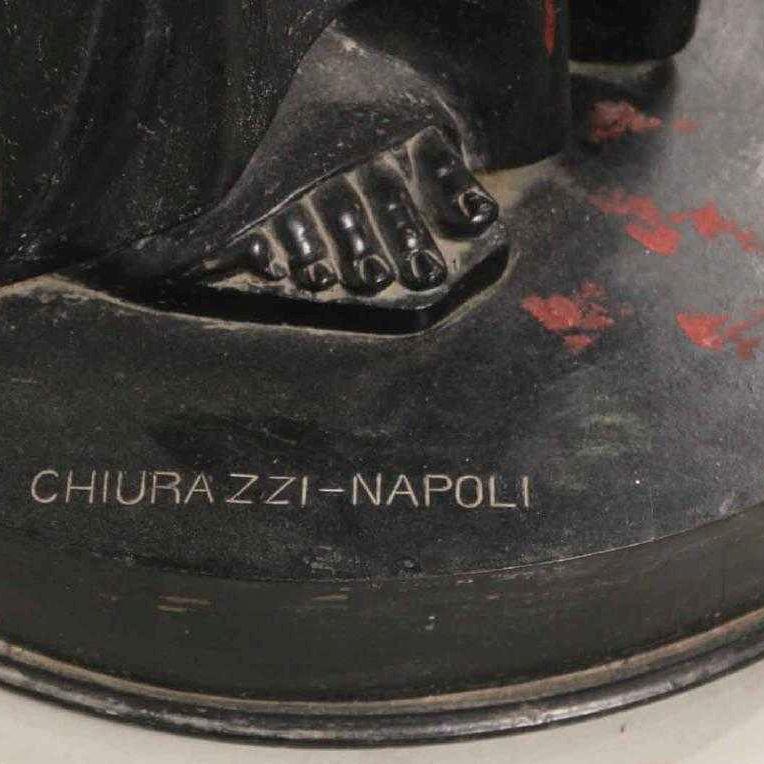 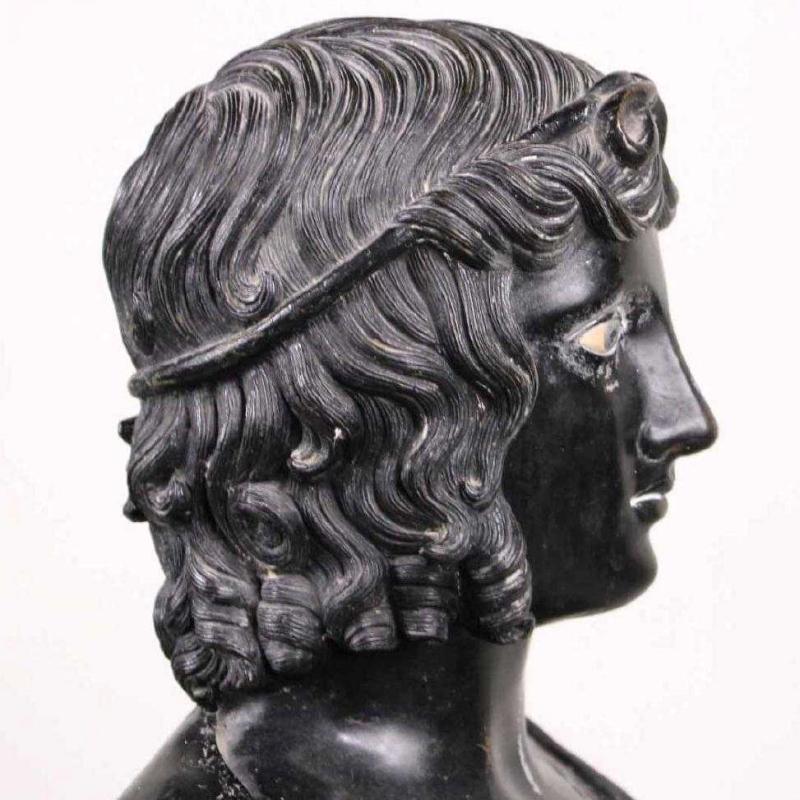 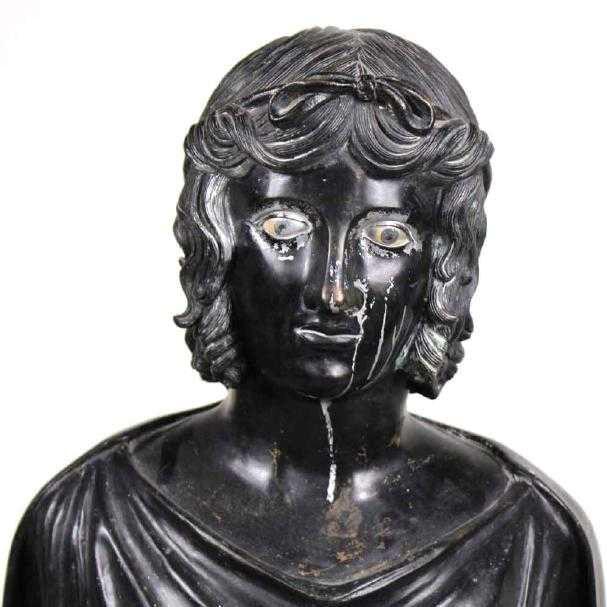 Our finely sculpted bronze of a Peplophoroi figure, after the antique, measures 41 inches tall and was cast by the Chiurazzi foundry of Naples in the early 20th century.  Condition is good.  There is surface dirt, scratches, rubbing and dents, and some areas of patina loss due to verdigris, all consistent with age.  Provenance: Gift of Louis Bamberger in 1928 to the Newark Museum; sold to benefit the Newark Museum Acquisition Endowment.  A life-long citizen of Newark, NJ, Bamberger (1855-1944) is known for co-founding the Institute for Advanced Study at Princeton, and for founding L. Bamberger & Co., one of the most successful department stores in the U.S.  He sold the store and Bamberger brand name to R.H. Macy and Company which continued to operate Bamberger department store locations throughout the metro New York area for decades.

Founded in 1840 by Gennaro Chiurazzi, the Chiurazzi foundry became known for sculpting and casting exceptional copies of classical period sculpture from the ancient works from Pompei, Rome and other museums throughout Italy.  They supplied dealers, collectors and museums around the world.  Their casts can be found in the Louvre, Carnegie Museum, Pushkin State Museum in Moscow, among many others.

This is one of six ancient figures unearthed in 1754 in the newly discovered Villa dei Papiri (area of large garden) in the ancient and extinct city of Herculaneum, Italy.  Each were adorned in a peplos (a body-length robe-like garment adopted by the Greeks by 500 BC). The Chiurazzi foundry is believed to have cast copies of each of the six ancient figures.