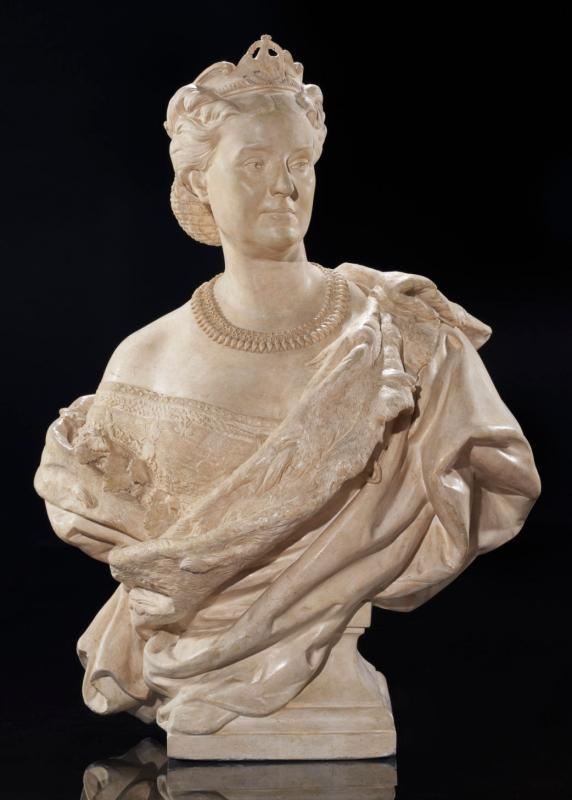 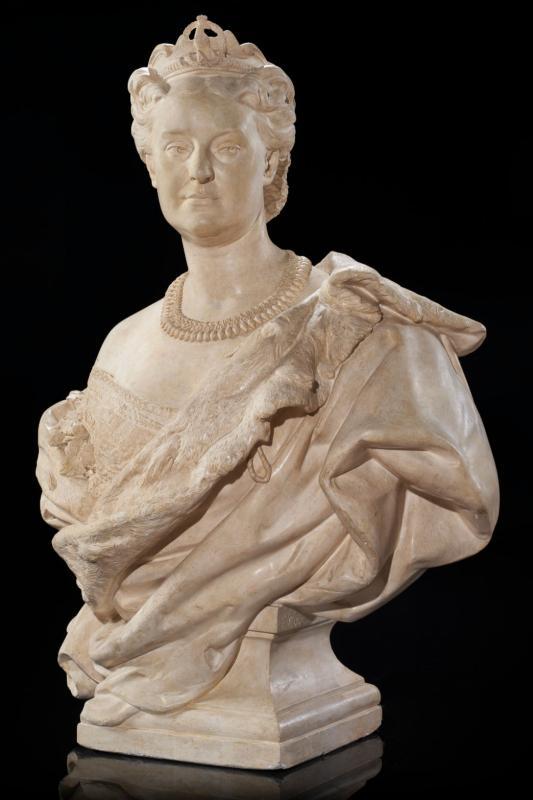 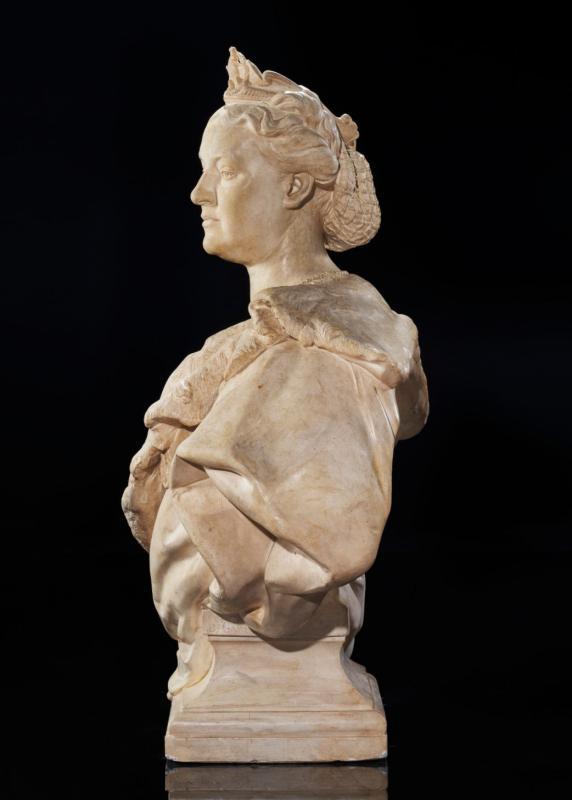 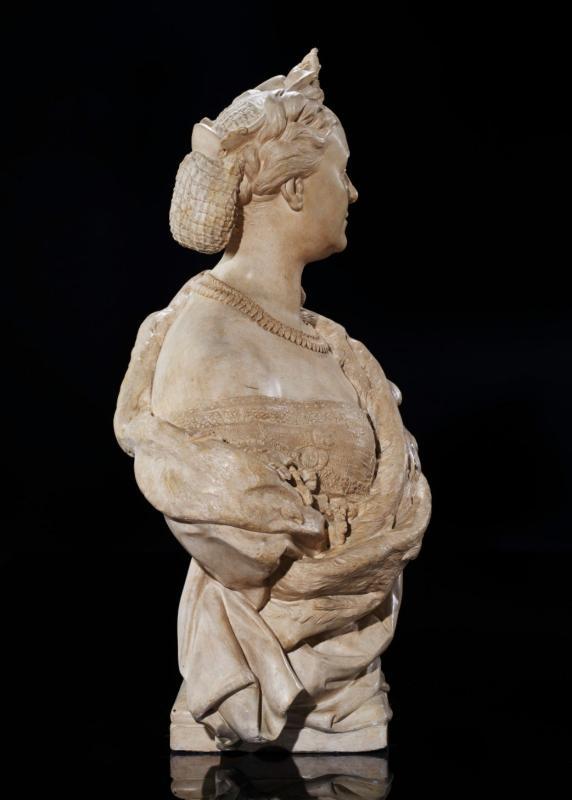 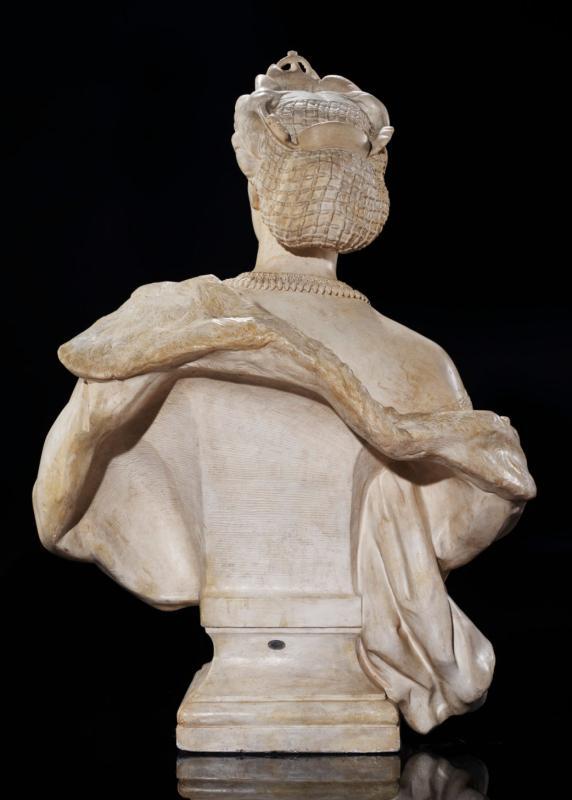 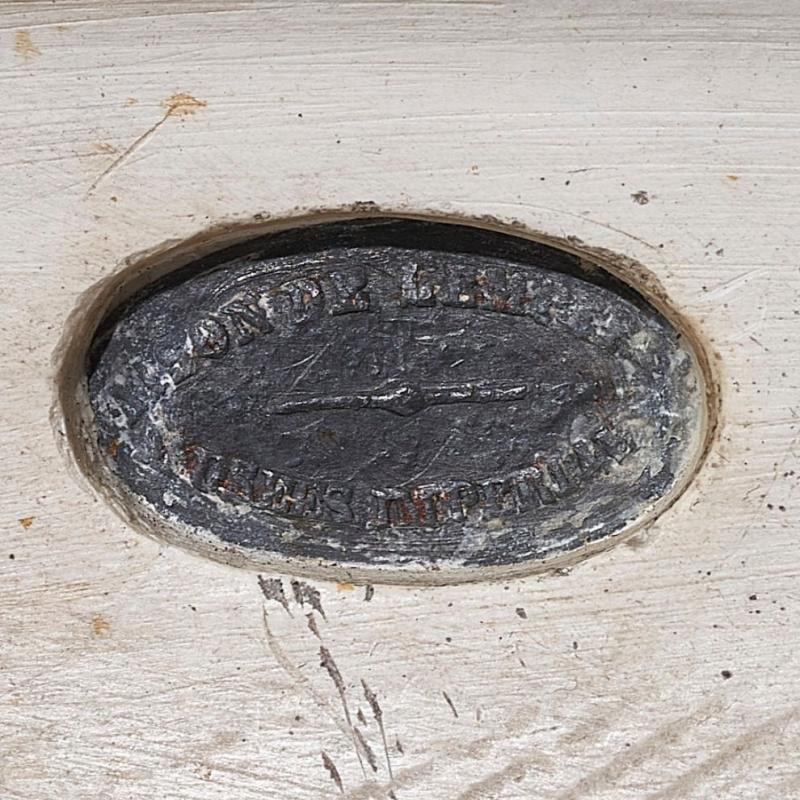 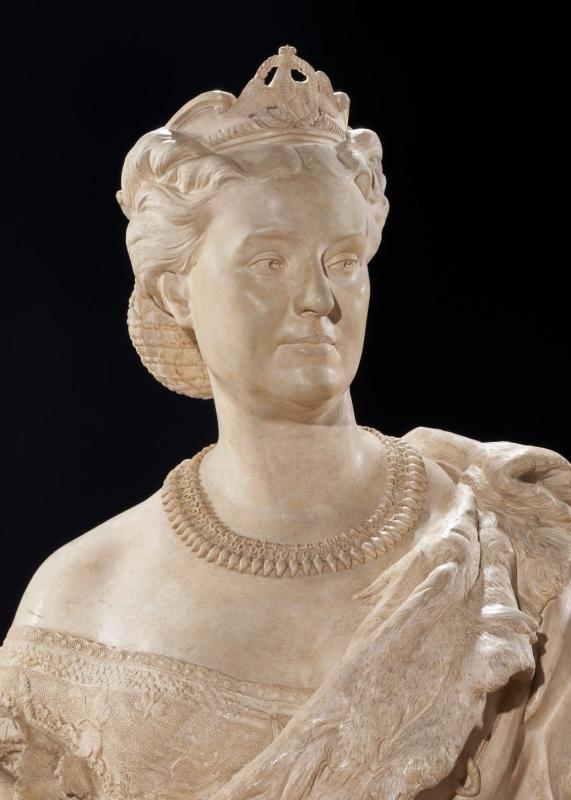 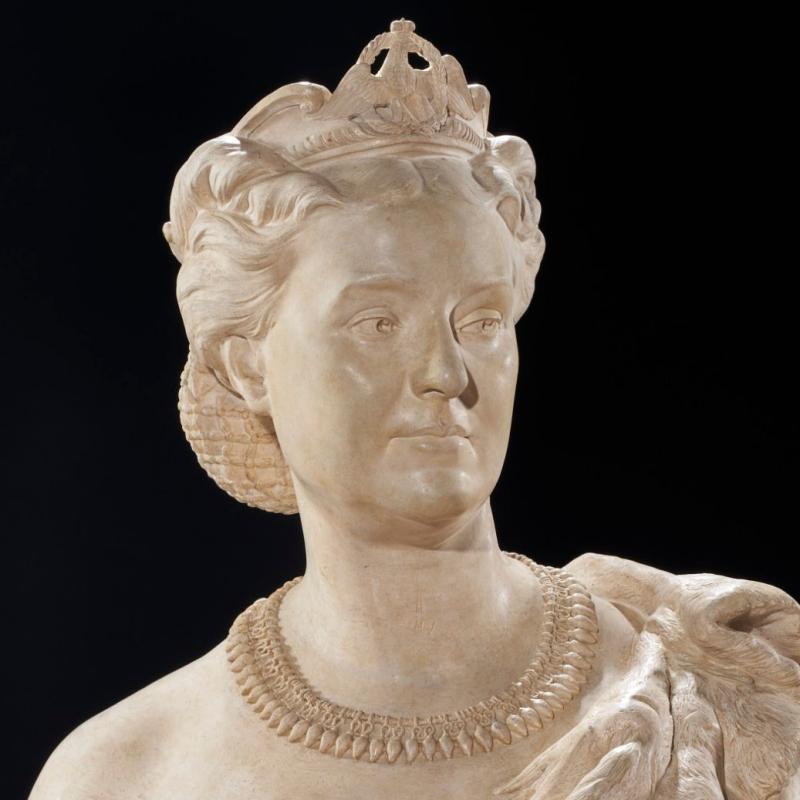 Here is the lot essay from the Christie's sale:

The Princess Mathilde was the daughter of Jérôme Bonaparte and Catherine de Württemberg, and cousin of Napoléon III.  She presided over an important and influential salon frequented by members of the Parisian artistic elite, including Jean-Baptiste Carpeaux.  The plaster bust presented here is a copy of Carpeaux's celebrated white marble bust of Princess Mathilde, commissioned by the Princess herself, and first shown at the Paris Salon in 1863. The bust was later shown at the Paris Exposition Universelle in 1889, then remained in the collection of the Princess until 1905, when it was bequeathed to the State and shown at the Louvre, before being moved to the Musée d'Orsay in 1986 (RF 1387).

The original plaster version by Carpeaux was acquired in 1907 by the Ny Carlsberg Glyptotek in Copenhagen from the artist's daughter, Amélie Carpeaux (MIN 1365). Further examples in plaster can be found in the collections of the Philadelphia Museum of Art (1978-113-2), the Palais des Beaux-Arts Lille (Sc. 79), Le Musée des Beaux-Arts de Valenciennes (S.92.12), Carpeaux's birthplace.