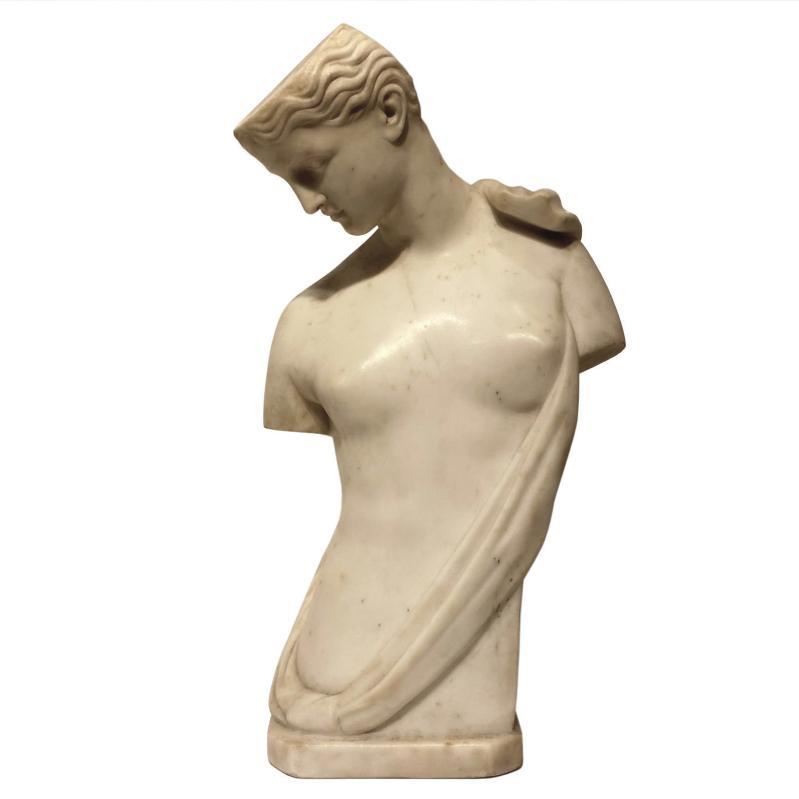 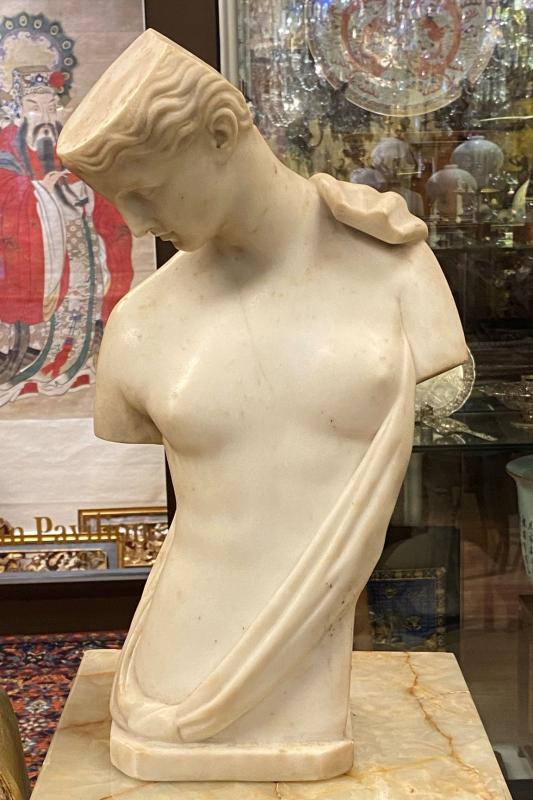 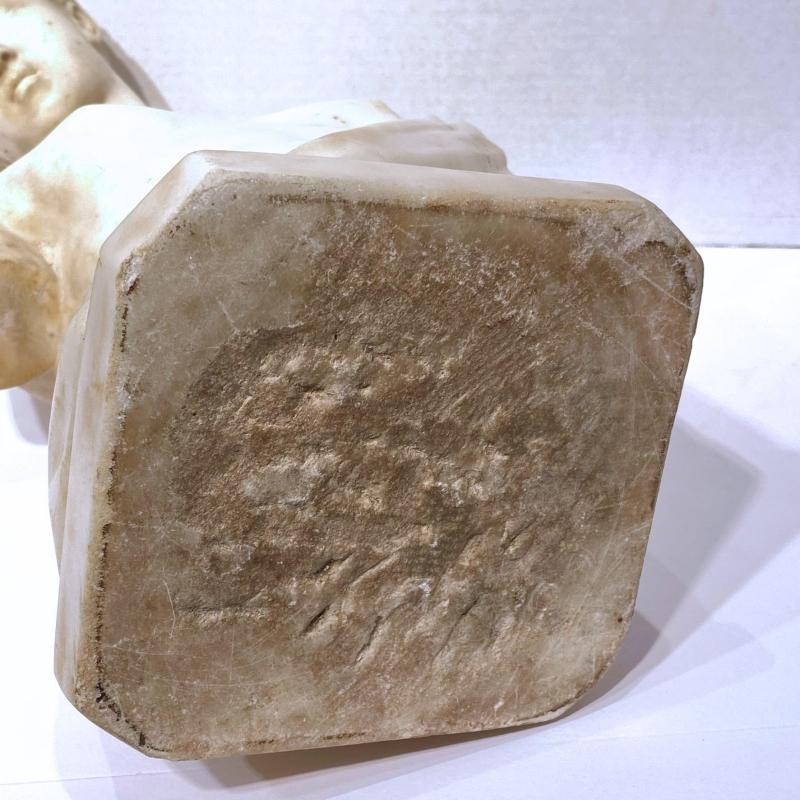 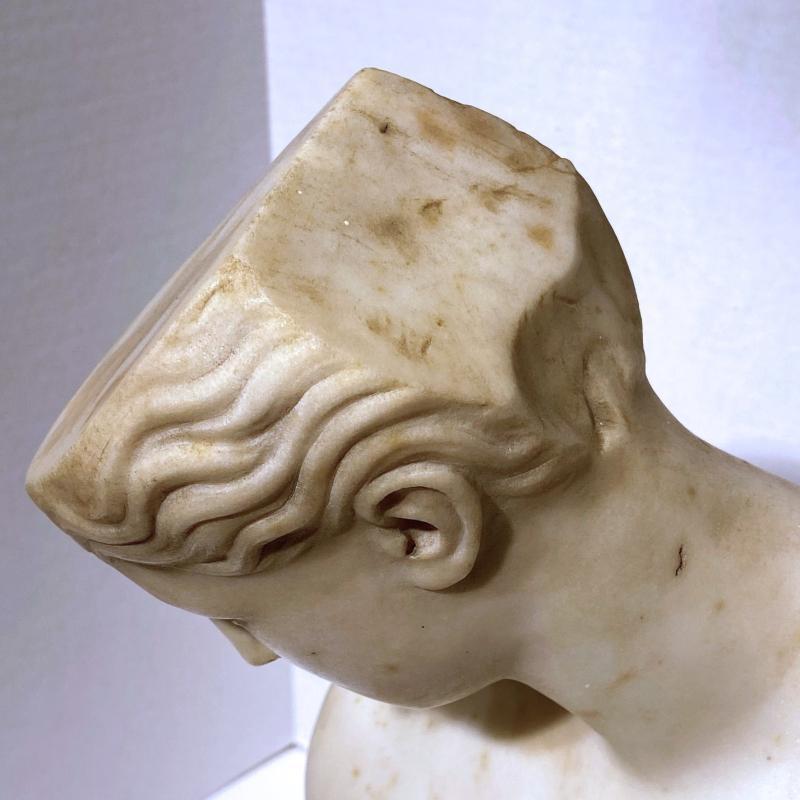 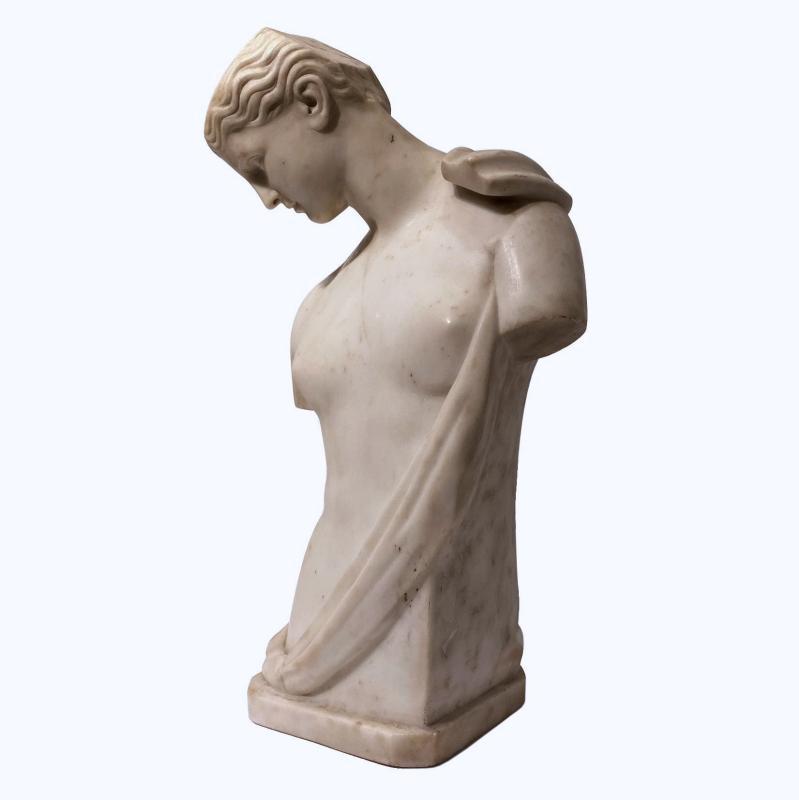 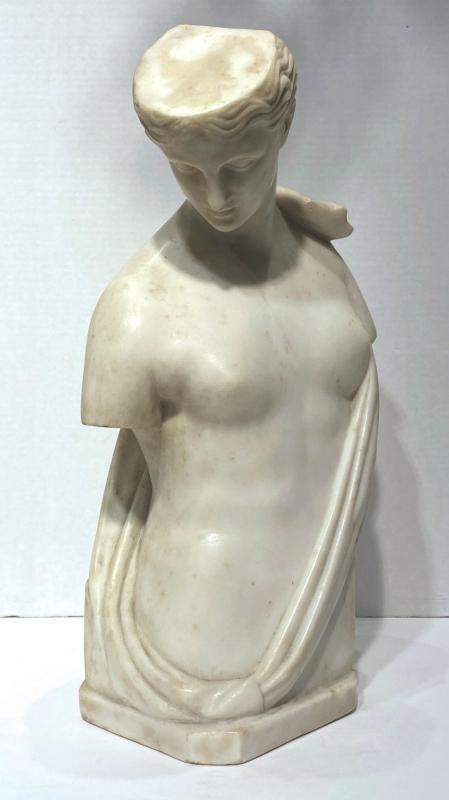 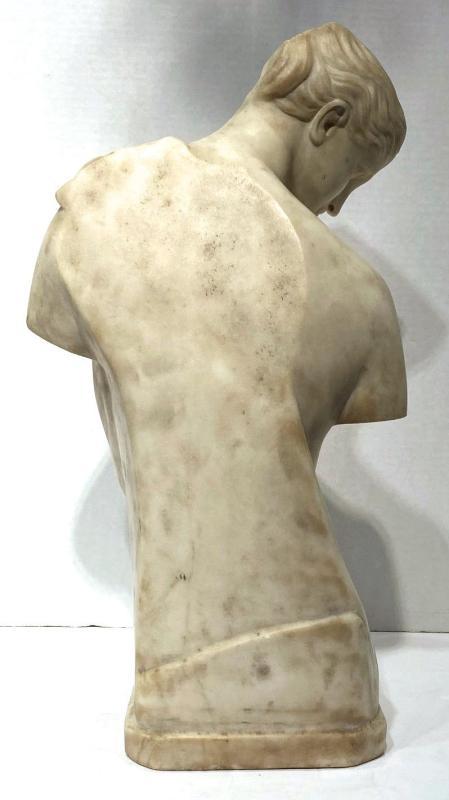 Our antique (19th century) marble sculpture is an excellent Grand Tour copy of the ancient known as Pysche of Capua.  18.75 by 9.5 by 6 inches.  Apparently unsigned and in good condition, with scratches, stains and nicks, all consistent with age and decent care.

The original was unearthed from the amphitheater of Capua in the 18th century and dated to the first century BC.  Originally identified as Psyche ("soul" in ancient Greek), it is now thought to depict Aphrodite and to take its inspiration from the Hellenist perioc Aphrodite of Knidos, attributed to Scopas. It now resides in the national museum in Naples.