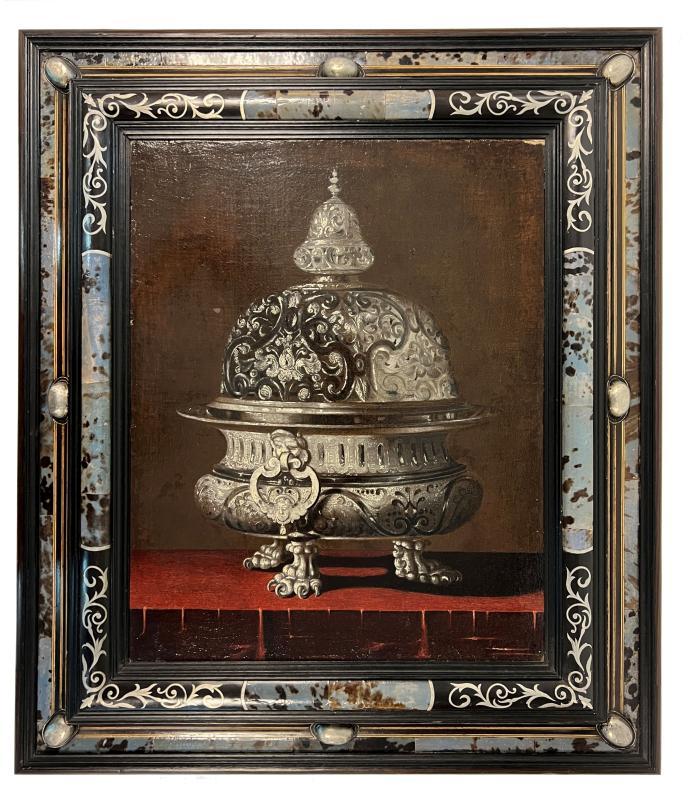 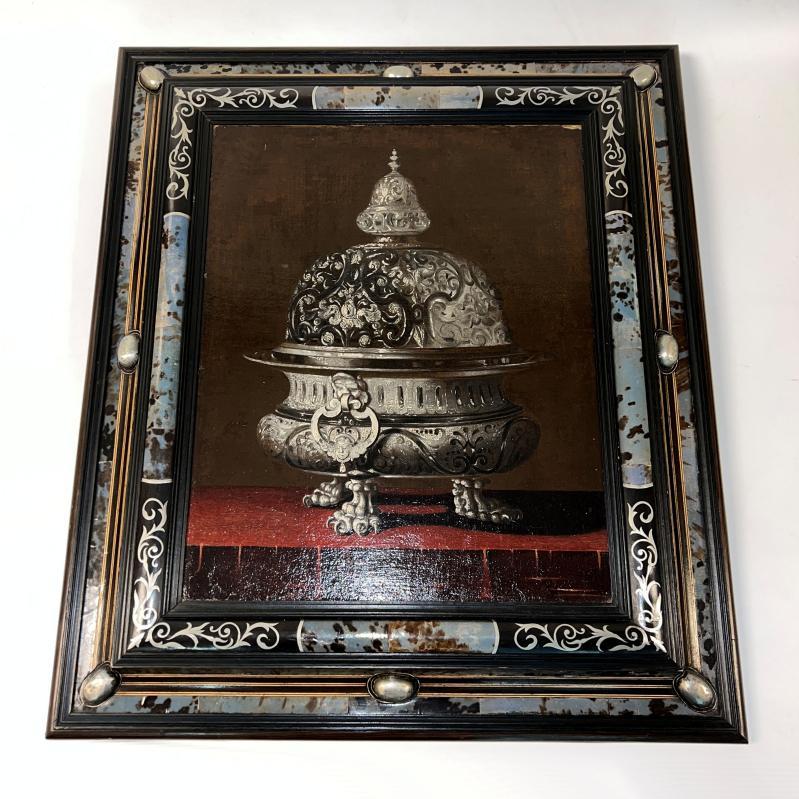 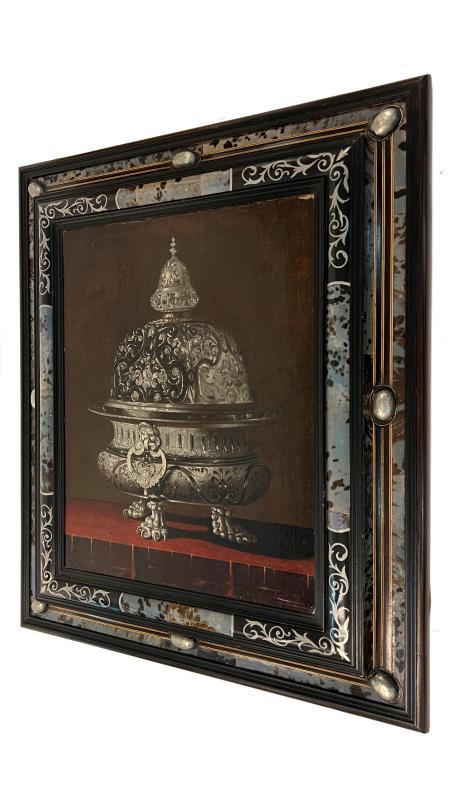 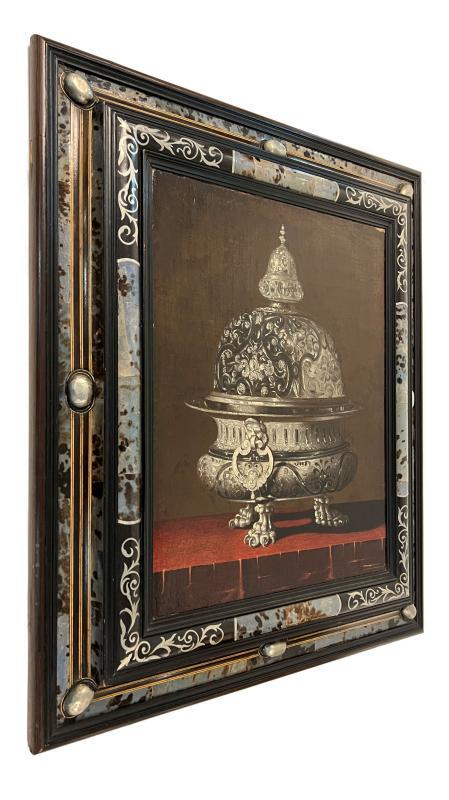 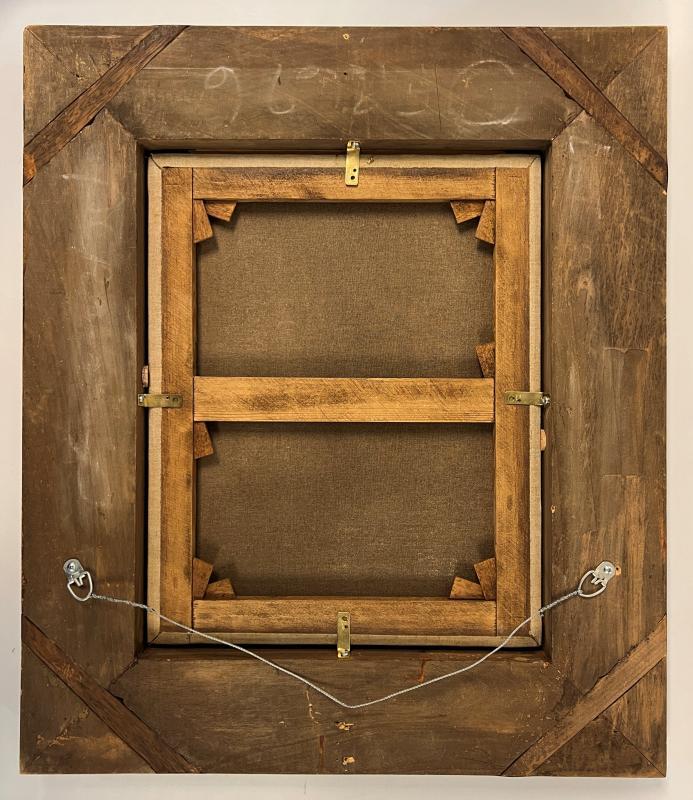 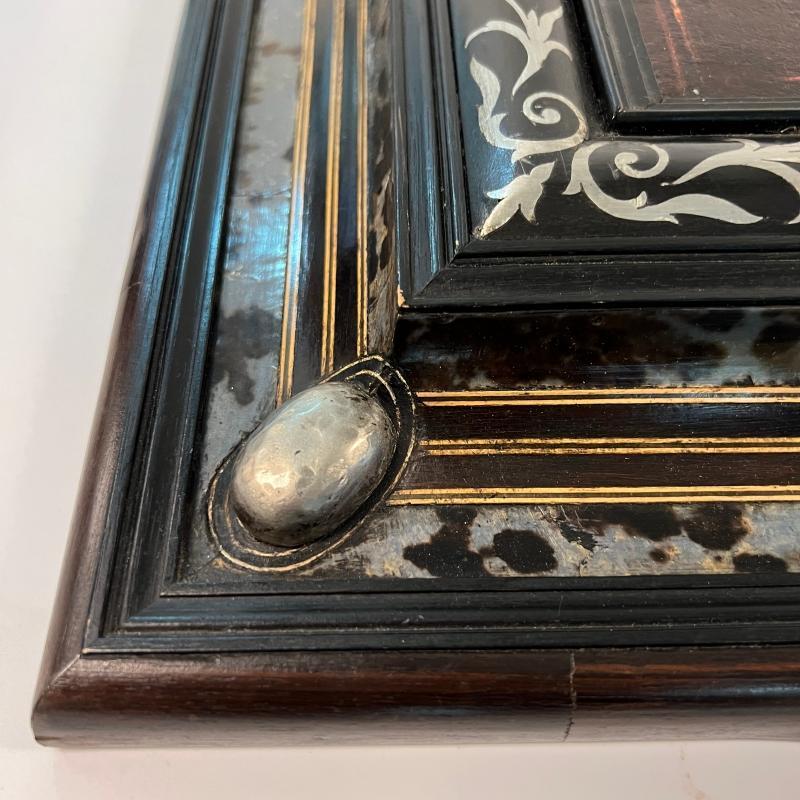 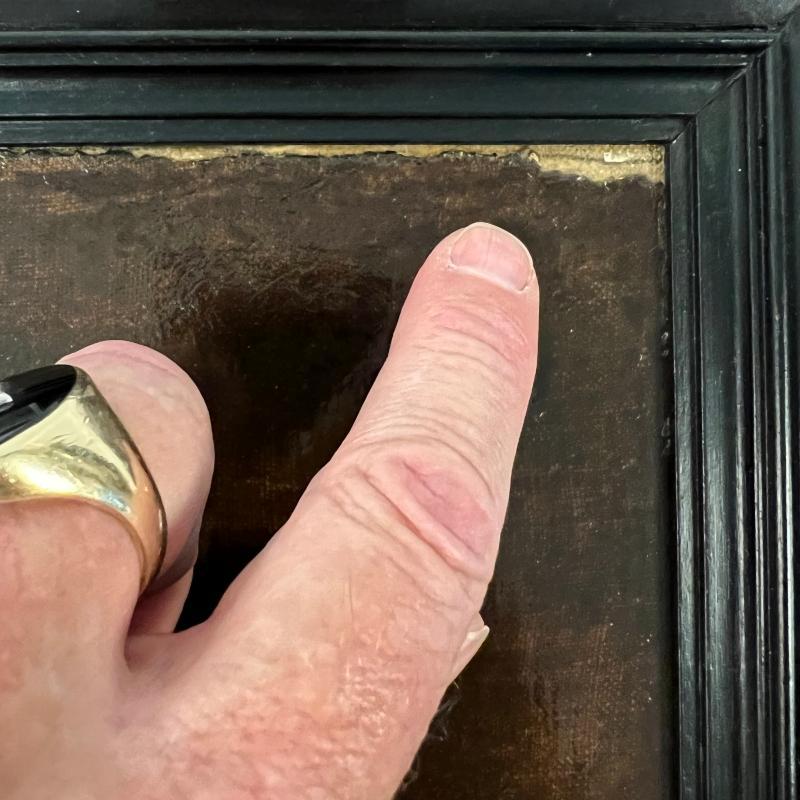 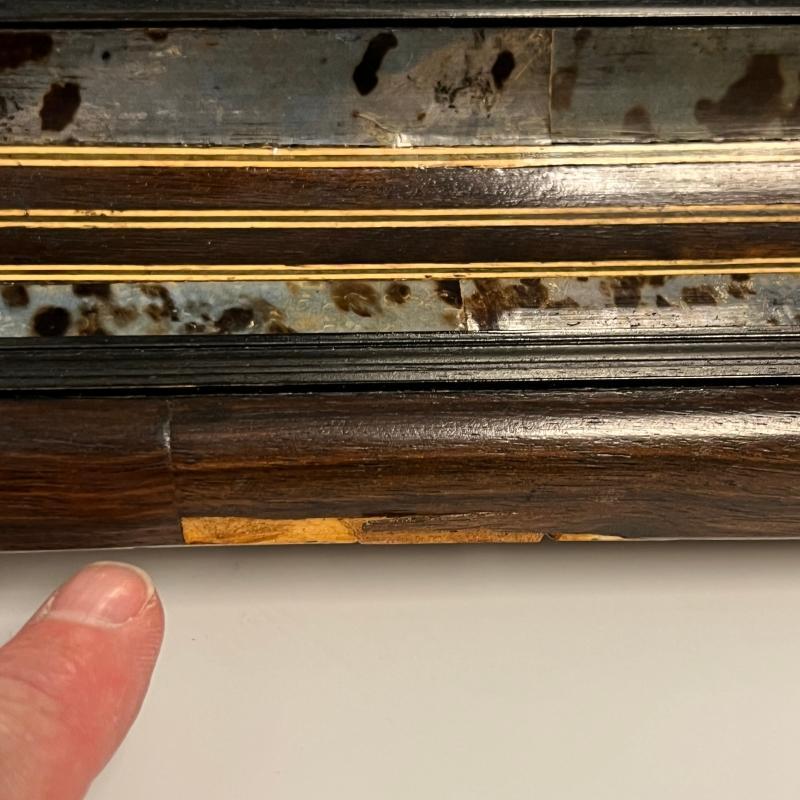 It has an extraordinary ebonized sgraffito frame with inlaid mother of pearl and silver or pewter mounts.  Apparently unsigned.  Professionally relined and mounted on keyed stretcher, apparently in the past decade or two.  Unsigned.

The artist was born in Boulogne-sur-Mer in 1611. He became a member of l'Académie royale de peinture et de sculpture (the Royal Academy of Painting and Sculpture) in 1663.  He was a close collaborator with Charles Le Brun, working at Château de Vaux-le-Vicomte. He died in 1690 at the Manufacture des Gobelins tapestry factory in Paris.  His large work entitled La Sculpture travaillant au buste du roi Louis XIV (Working on the bust sculpture of King Louis XIV), 75.9 by 51.3 inches, is displayed in the north wing of the 17th century exhibition halls at the Louvre.

John H. Gutfreund was the CEO of Salomon Brothers.