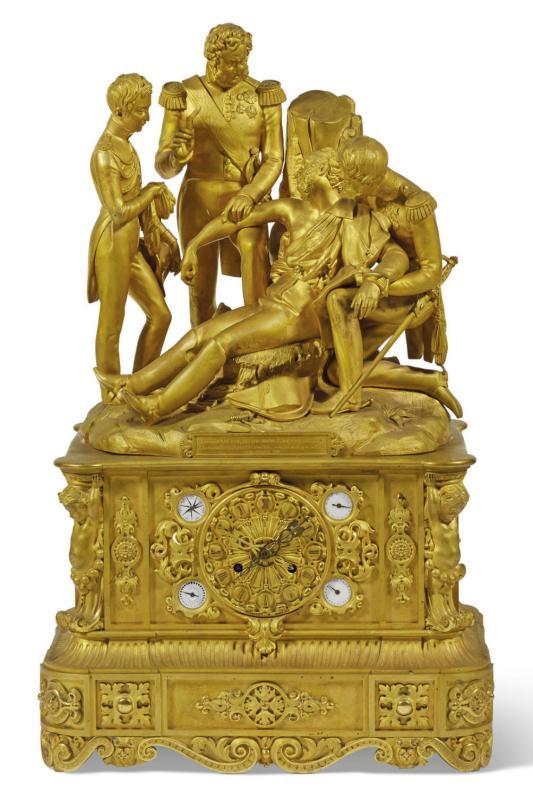 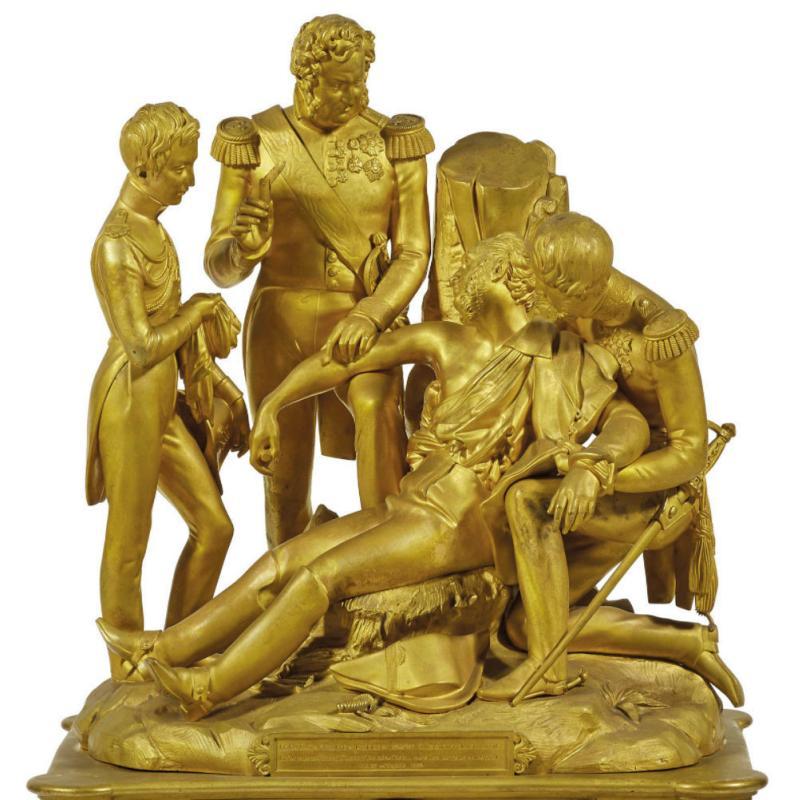 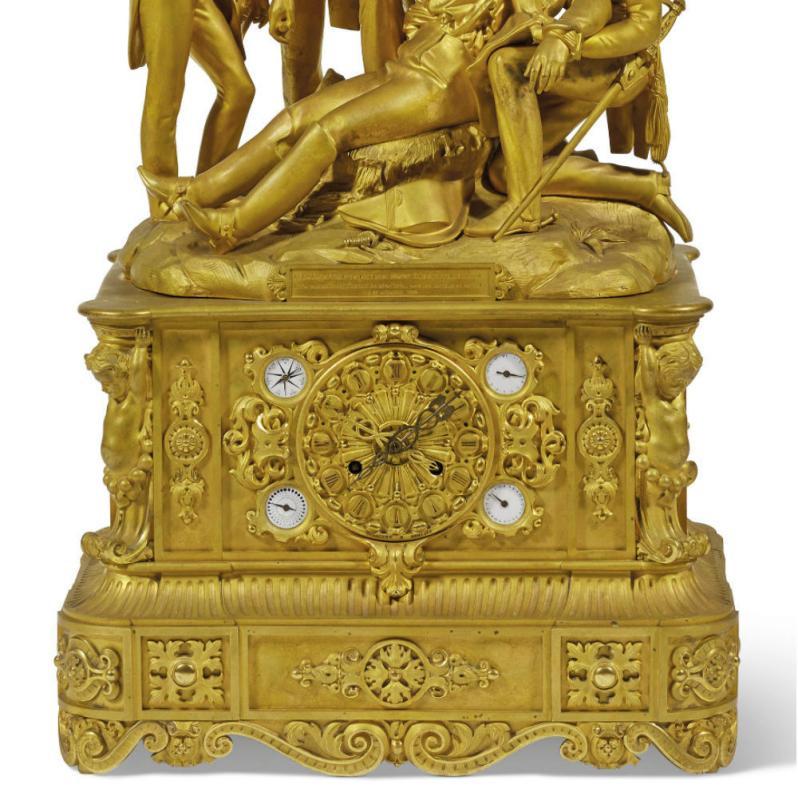 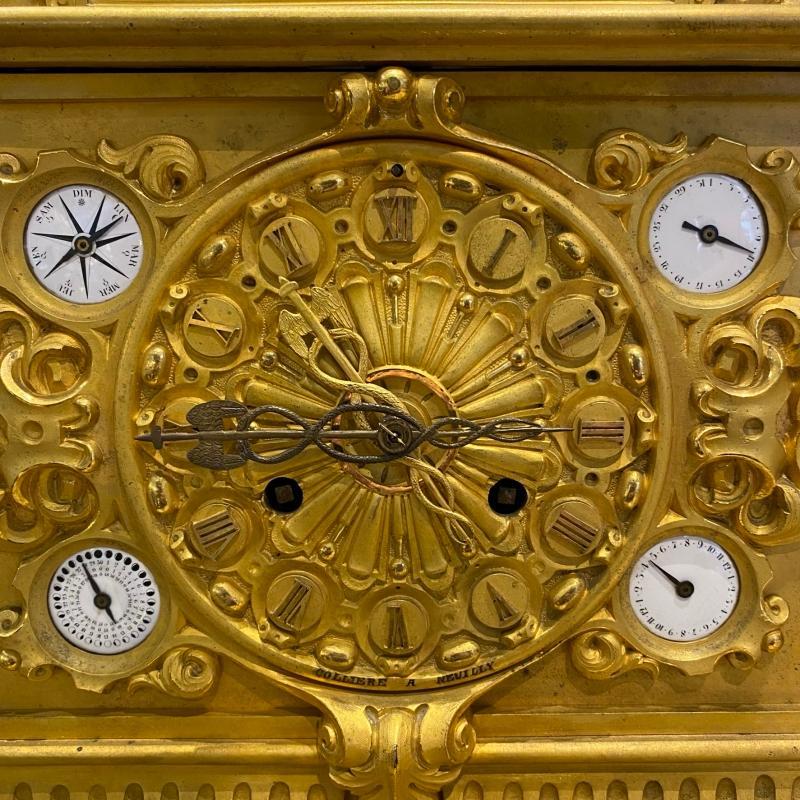 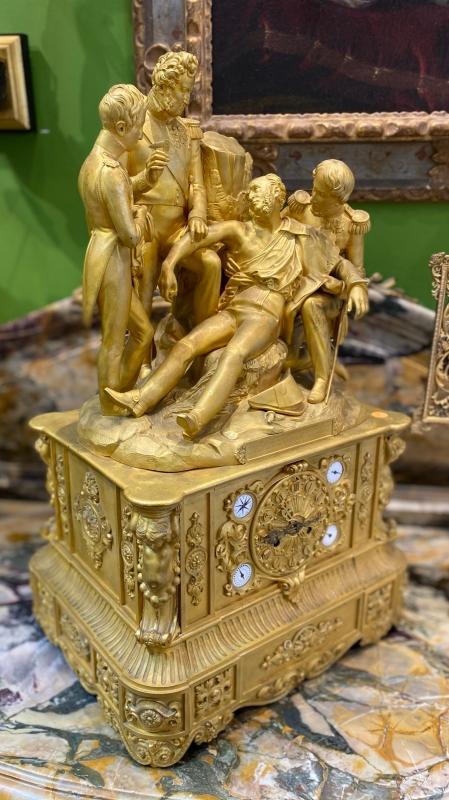 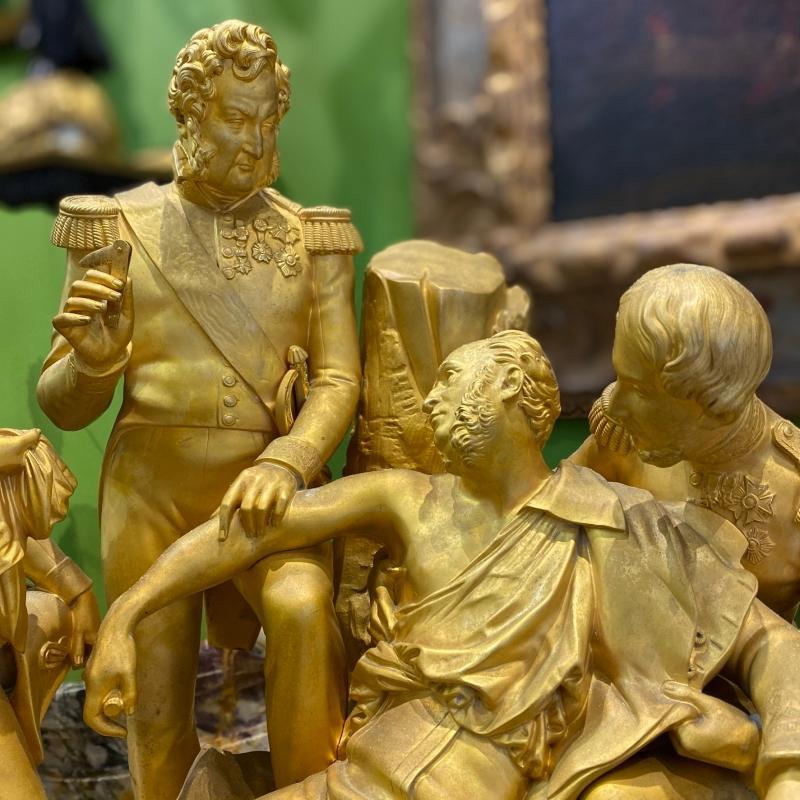 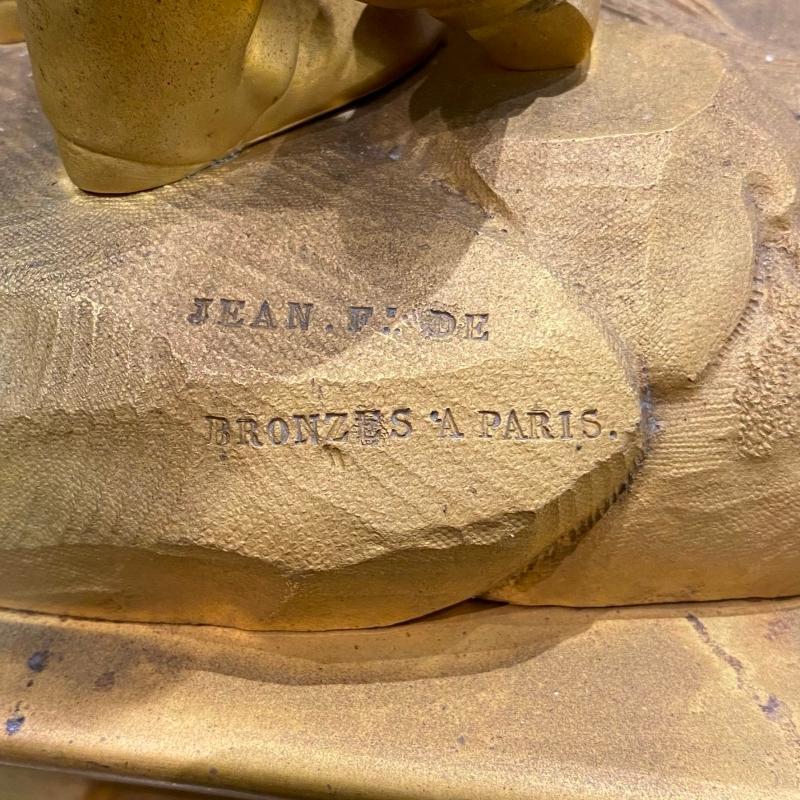 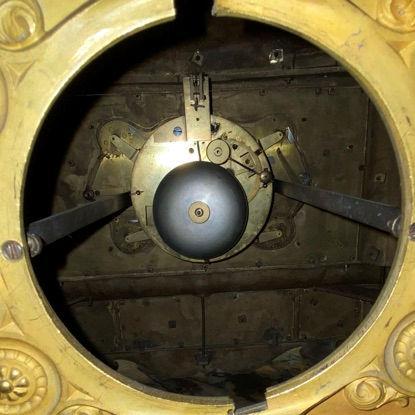 Our extraordinary French ormolu bronze mantel clock, circa 1838, is entitled "Le Roi Louis Philippe saigne sa propre main & rappelle à la vie le courrier de cabinet Werner tombé de cheval sous les roues de sa voiture le 27 octobre 1833" (King Louis Philippe bleeds his own hand & brings back to life the courier of the cabinet Werner who fell from his horse under the wheels of his carriage on October 27, 1833).  27 by 15.5 by 12.75 in, 70 by 39 by 32 cm.

The clock depicts King Louis-Philippe (Monarch 1830-1848) and the Duke of Orleans in an event widely reported in the press of the time.  The king was said to have distinguished himself by saving the life of a courier who fell from his horse.  The anecdote became an allegory of the king's kindness to the French people and the image was used for political purposes.  It was the subject of several representations, including an engraving by Marin-Lavigne and painting by Casimir-Victor de Balthazar, now in the collection of Val-de-Grâce.

Surrounding the main dial are four dials depicting days of the month, week, year, plus phases of the moon.  The bronze case is signed "JEAN F.t. DE BRONZES A PARIS" and the movement bears stamped mark "Douillon" in oval cartouche for the Parisien maker, Nicolas Douillon.

In good condition, with some rubbing wear and oxidation, scratches, surface dirt in crevices, and missing door/window over the rear.  All elements of the movement appear intact, but the pendulum and key are missing.  The clock is extremely heavy, an estimated 125-150 lbs.

Please note, we do not guarantee the working order of clocks, as antique movements almost always require cleaning and adjustment by a horologist, especially after shipment.

An identical clock from the Ministry of the Interior appears in the general inventory of Mobilier National, the French national furniture collection (inv. GML 11036).  That clock was issued for the "personal expenses of the King" in a written record dated December 24, 1838 in the Archives Nationales (national archives), (A.N.: O 1728, memory).  The document mentions payment made to "Jean, bronze maker, n ° 291, rue et carré Saint-Martin Paris for the execution price of a clock representing SM bleeding the courier Werner and intended for SM the duchess of 'Orleans."  The bronzier, Jean, delivered to the Tuileries several other bronzes featuring the royal family (A.N.: O 1638, memoir of April 7, 1836.)