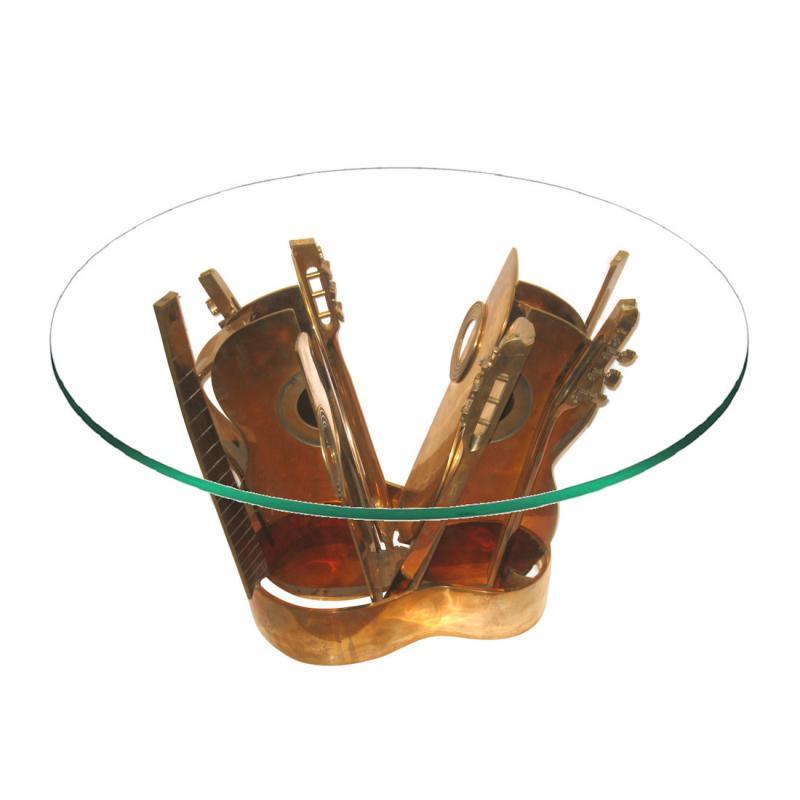 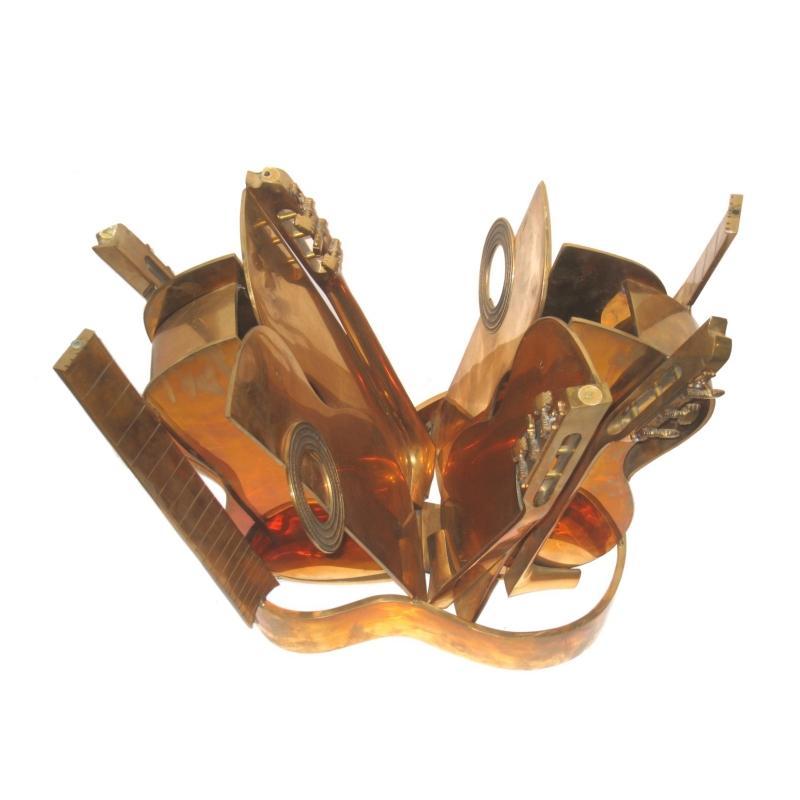 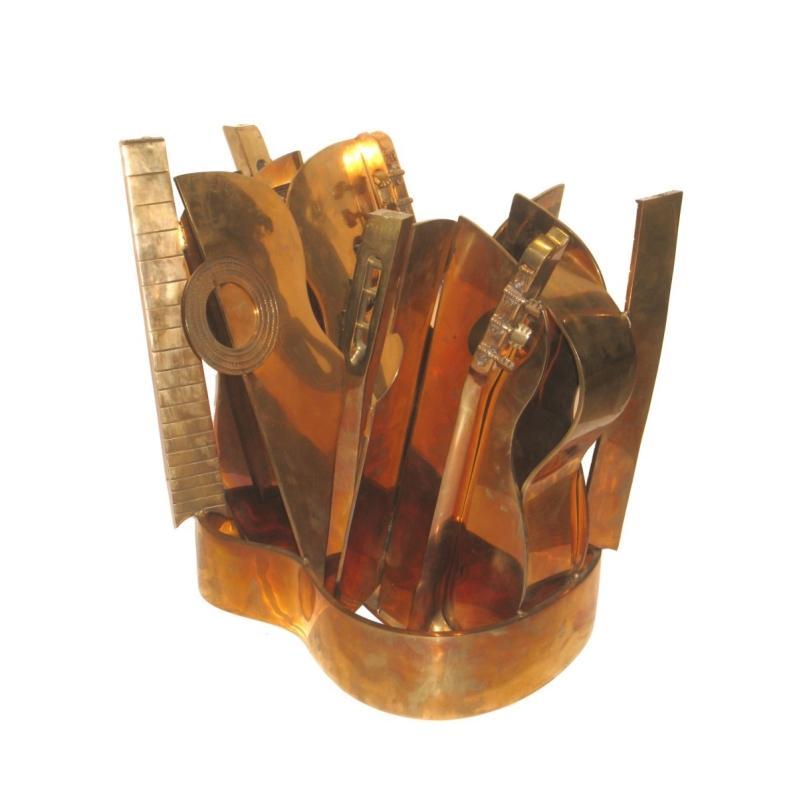 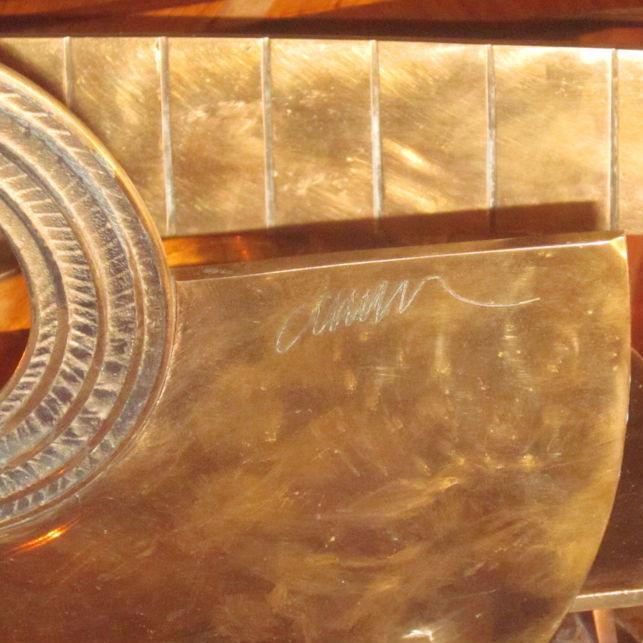 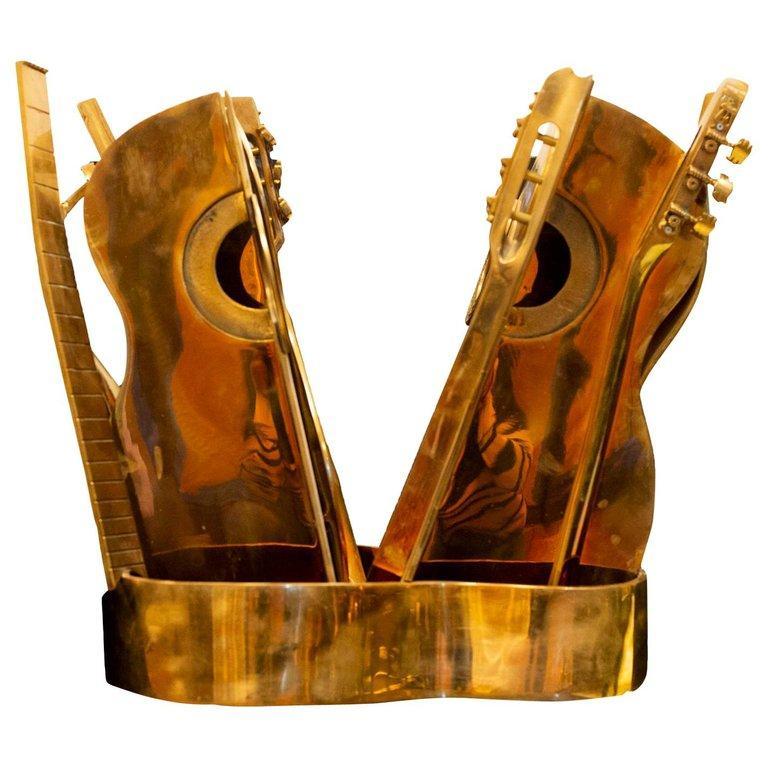 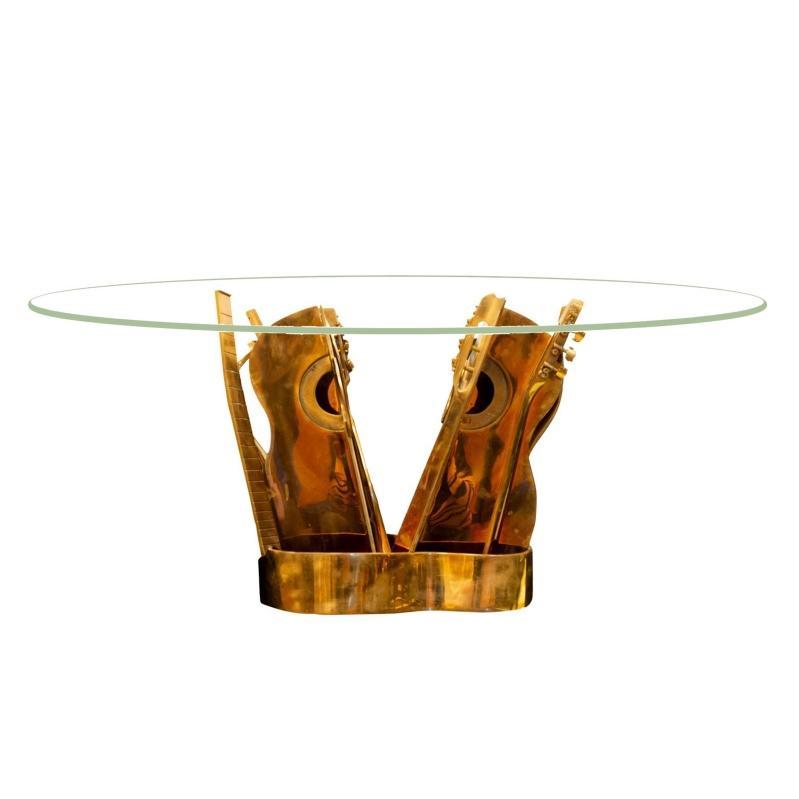 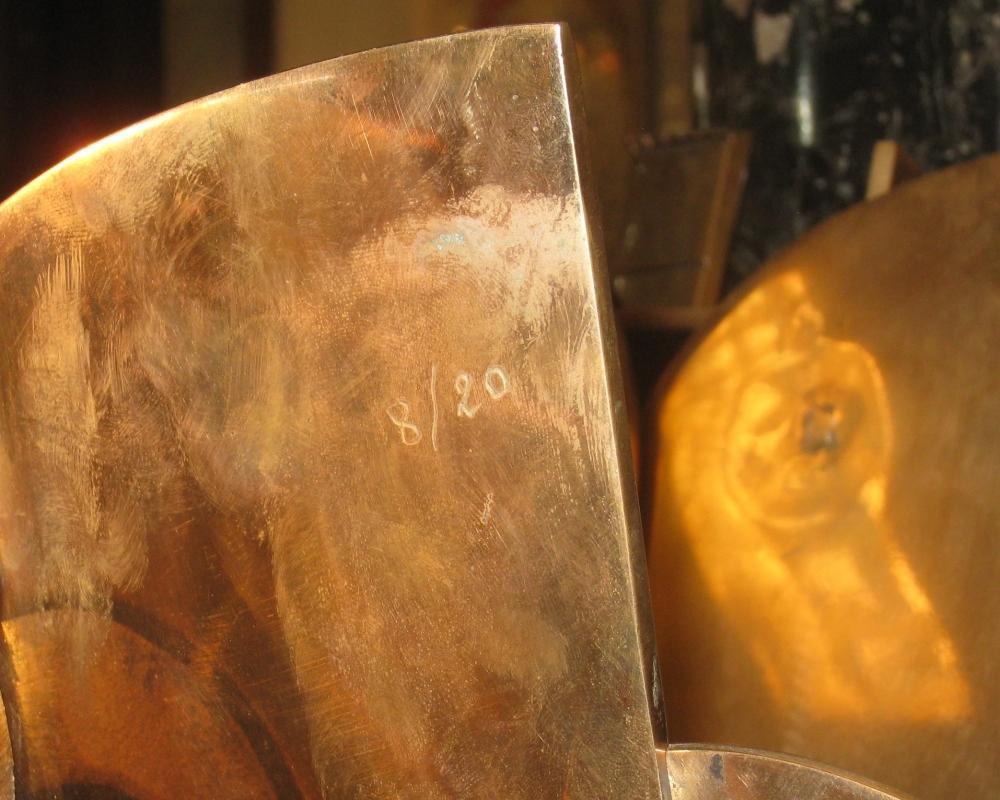 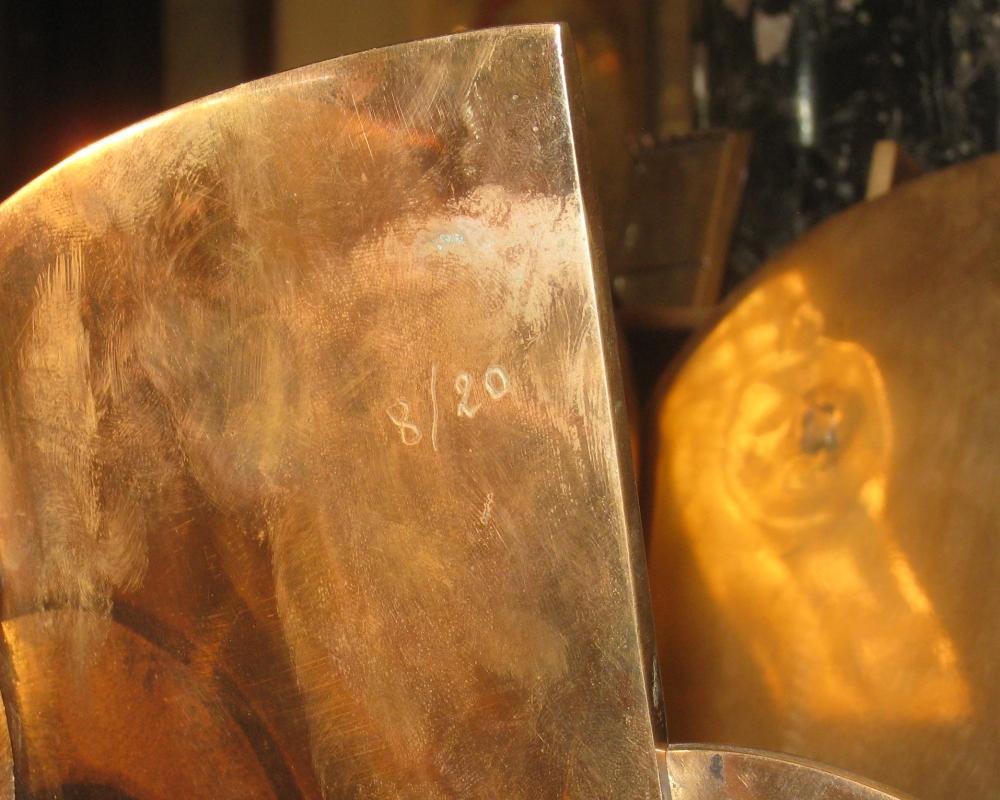 This is a delightful bronze cocktail table base by Armand Pierre Fernandez, aka Arman (French/American, 1928-2005), number 8 from a limited edition of 20, circa 1990.  We have no glass.  Our primary image is a rendering showing how the table would appear with 33 inch round top.  We will be happy to source glass for our customer prior to shipment, in the shape and size of their choosing.  Additional rendering depicts how the table would appear with a 48 inch round top.

Signed "Arman" and numbered "8/20".  Condition is good. There are some light scratches and nicks, consistent with age.  Measures approximately 23 in wide, 17 in deep and 20 in high.  This is one of a number limited editions Arman created based on the form of stringed instruments, including the violin, inspired no doubt from his father who was an avid cellist.

Arman studied at the École Nationale des Arts Décoratifs in Nice, where he met Yves Klein and Claude Pascal who all became friends.  Thereafter, in 1949, Arman studied at the École du Louvre in Paris.  Early in his career he painted in an abstract style, and began the practice of accumulating quantities of the same objects.  From 1959 to 1962 he developed his unique style stemming from the concepts, accumulation and poubelle (trash bin in French). Accumulations were collections of common and identical objects which he arranged in polyester castings or within Plexiglas cases, such as pencils and paint brushes. His first welded accumulations were created in 1962.

In 1961, Arman made his debut in the United States at the Cordier Warren Gallery.  He lived at the legendary Chelsea Hotel and kept studios in the Bowery and later in TriBeCa, where he began work on large public sculptures. His acculumations went on to include tools, watches, clocks, furniture, automobile parts, jewelry, and, of course, musical instruments in various stages of dismemberment, as seen in our piece, which were cast in a foundry in Normandy, France.

His works were exhibited at many major galleries and museums across Europe and North America.  A partial list includes:  Stedelik Museum in Amsterdam (1964), Palazzo Grassi in Venice (1967), Musee d'Art Moderne de la Ville de Paris (1975), Marlborough Gallery in New York (2003), Paul Kasmin Gallery in New York (2013).  He was also honored with retrospective exhibitions at the Centre Georges Pompidou in 2010, and at the Brooklyn Museum in 1991.  A partial list of museums holding his works includes:  Harvard Art Museum, The Museum of Modern Art, Walker Art Center, Minneapolis, and the Hirshhorn Museum and Sculpture Garden in Washington, DC.