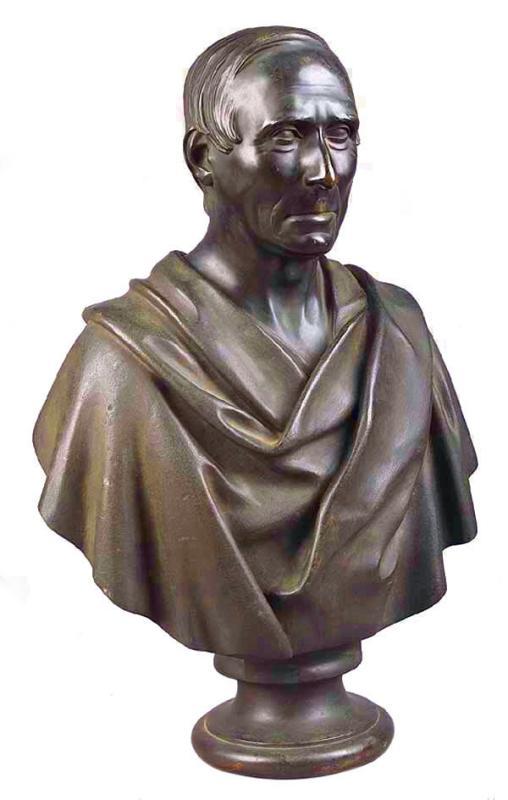 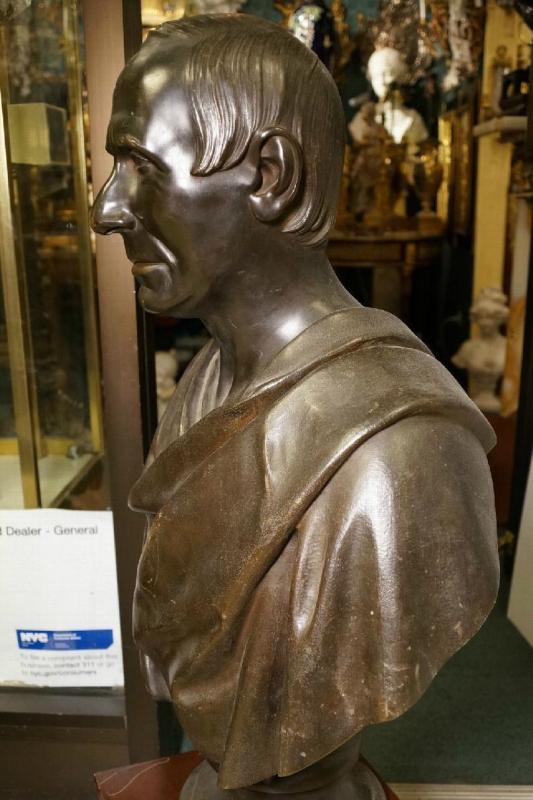 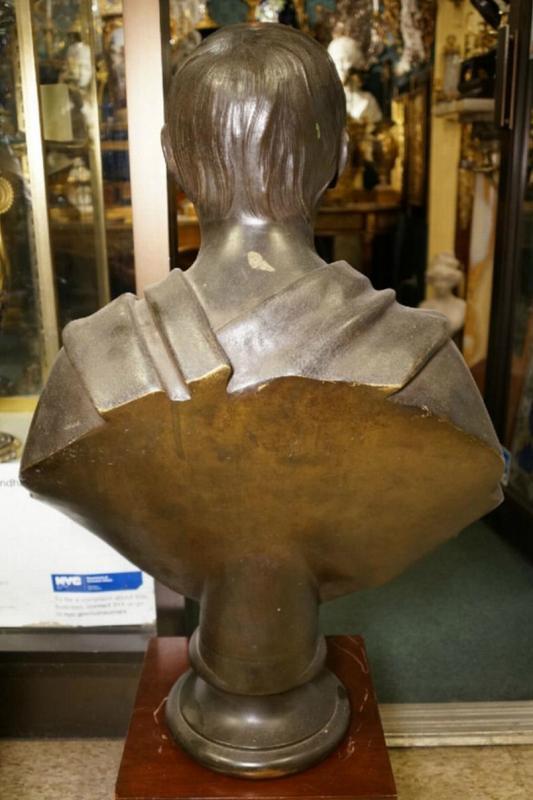 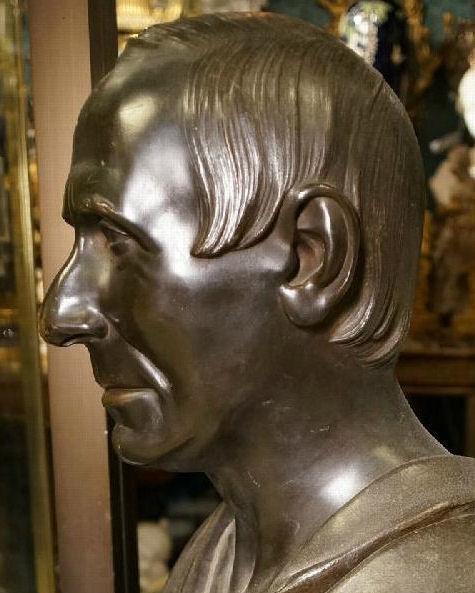 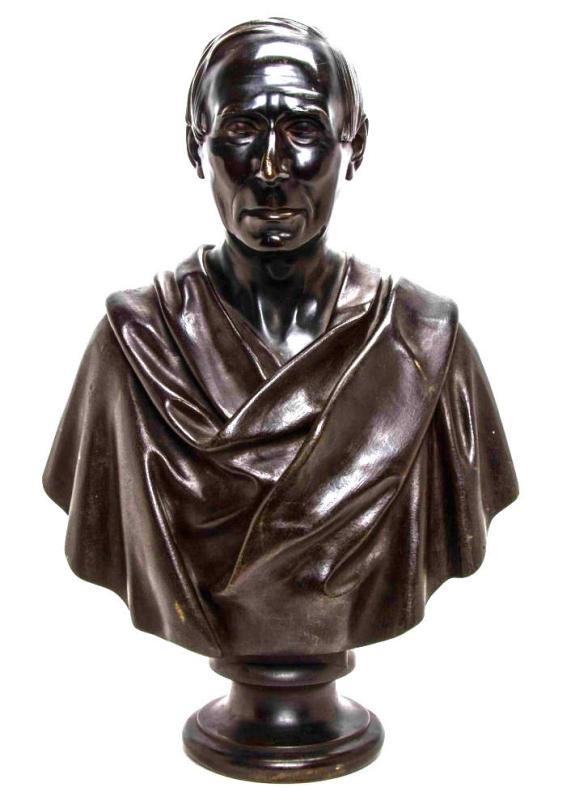 Our large patinated bronze bust depicts the influential Florentine politician, Niccolo da Uzzano (1359-1431), the Gonfaloniere of Justice (Gonfalonieri di Compagnia) in the government of Florence, known for his political opposition to Rinaldo degli Albizzi who fought the rist of Cosimo de' Medici, the elder.   Apparently unsigned and believed to date from the nineteenth century.  Measures:  31 x 22 x 20 inches.  In good condition.  There are nicks, scratches and areas of rubbing and discoloration, all consistent with age.  This is the only bronze bust of Niccolo da Uzzano in this pose that we have seen come to market in the past two decades.  Other examples in plaster and bronze that we have seen are modeled after the terracotta bust of Niccolo that is attributed to Donatello, circa 1432, in the Bargello Museum in Florence.  That important early bust is thought to be the oldest surviving bust of its kind dating from the Florentine Renaissance period.  Like our bust, it depicts the subject dressed in classical robes, but with his head tilted up toward his left shoulder.

The gonfaloniere di giustizia was created  to protect the interests of the people against the dominant magnate class.  The holder of this office became the most prominent member of the Signoria, the supreme executive council of Florence, and formal head of the civil administration.  In other Italian cities, the role of the gonfaloniers was similar to that in Florence. Gonfaloniers headed the militia from the various city quarters, while the gonfalonier of justice often was the chief of the council of guild representatives.

Nicollo's family took their name from the Castle of Uzzano in Greve in Chianti.  Florence's Palazzo Capponi alle Rovinate was built on behalf of Niccolo in the first half of the fifteenth century.  He is known for his opposition to Rinaldo degli Albizzi, the Florentine politician who fought the political rise of Cosimo de' Medici the Elder.