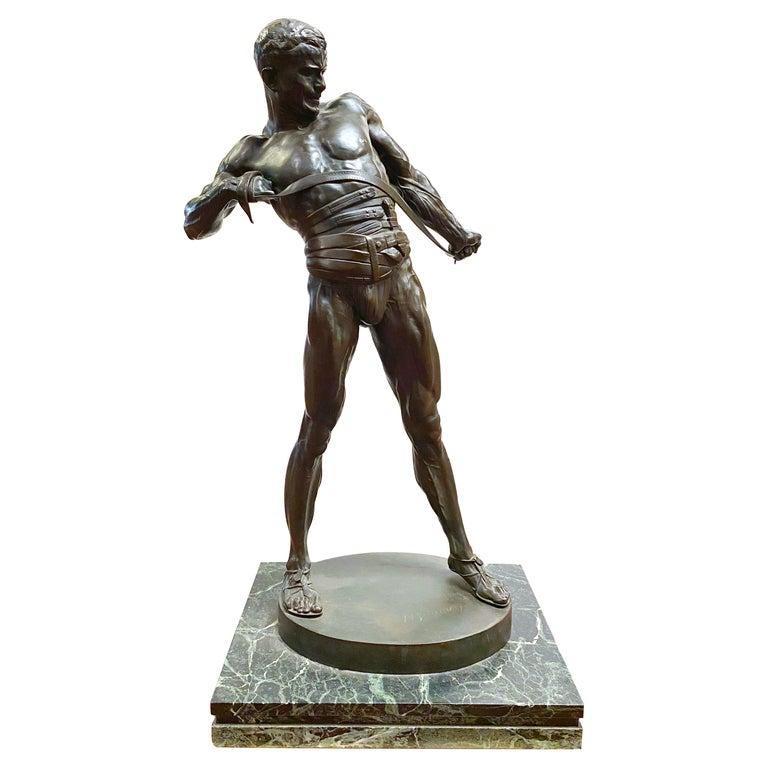 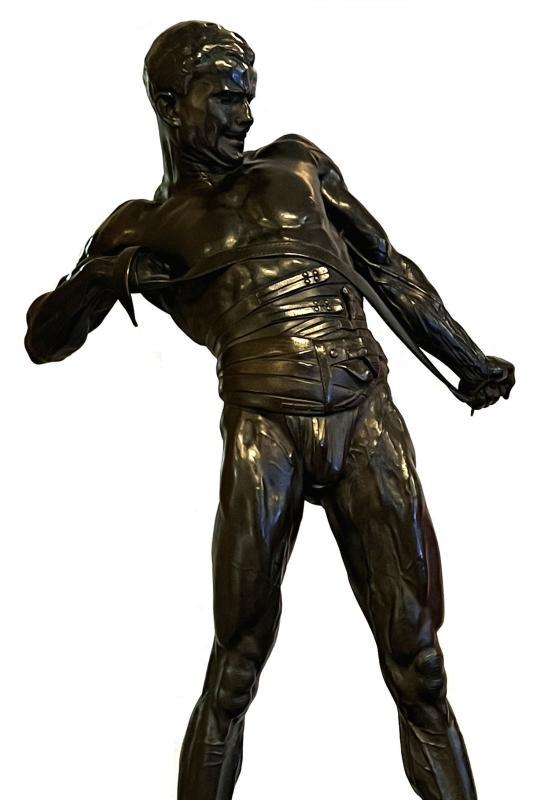 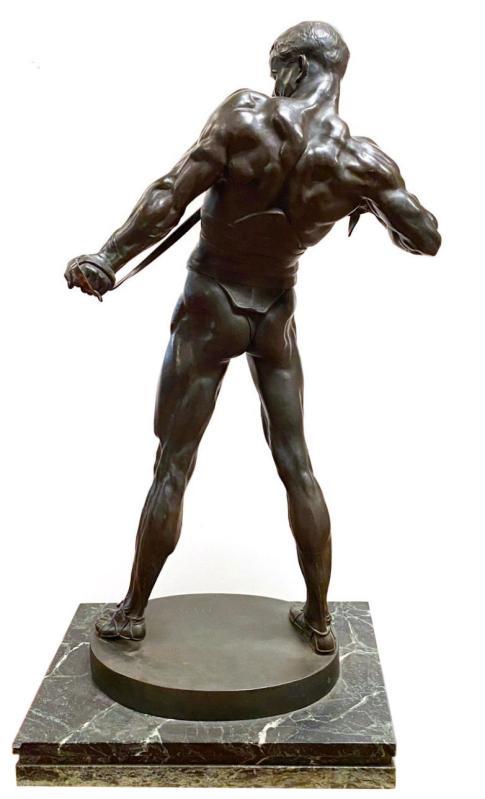 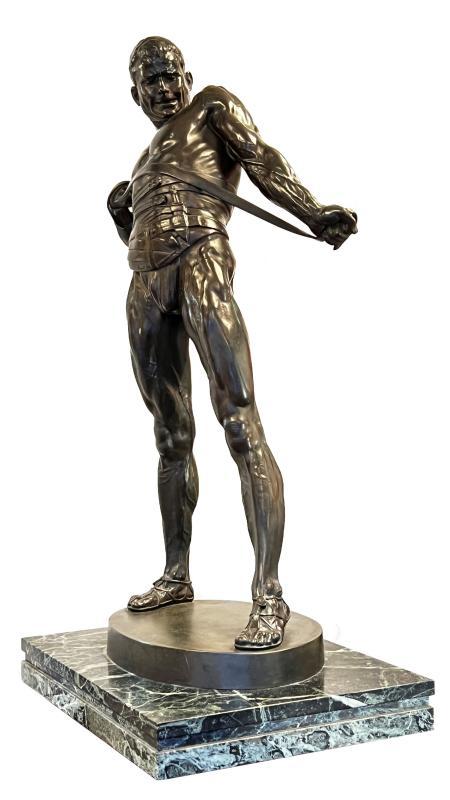 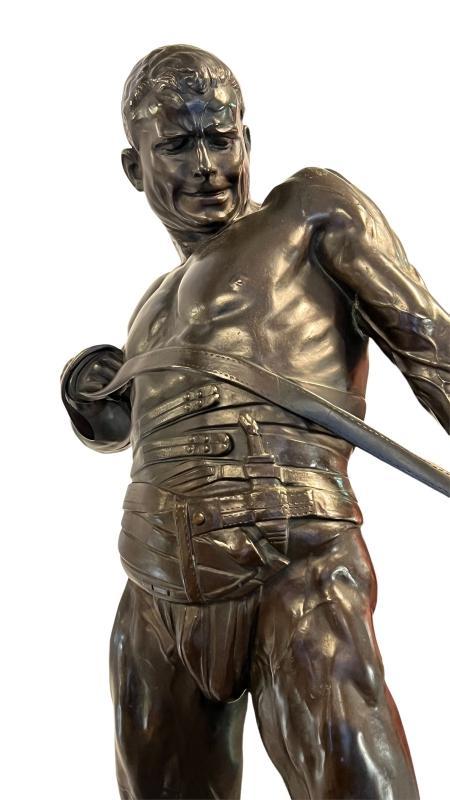 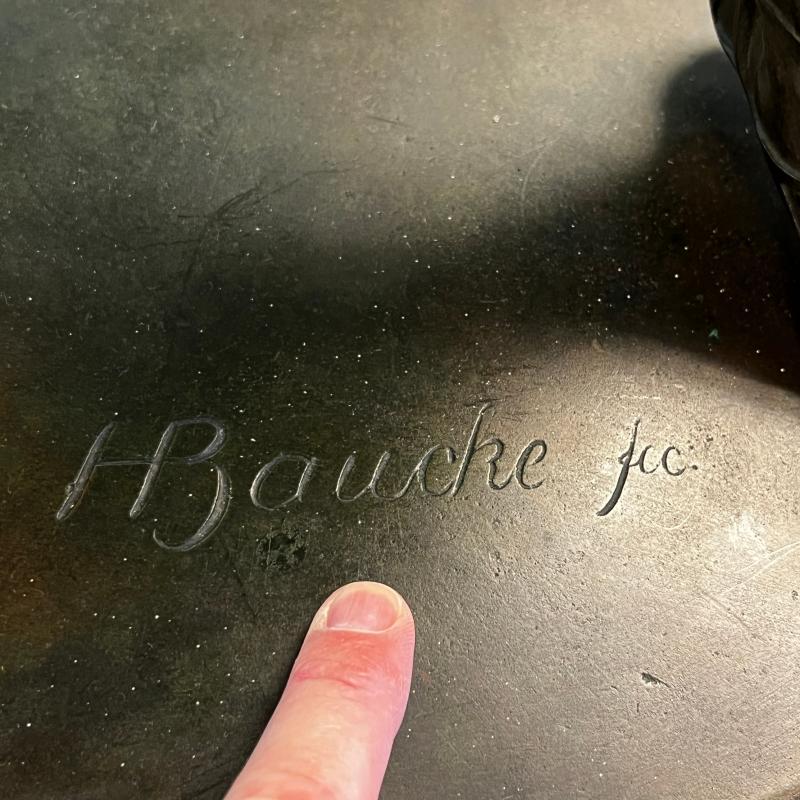 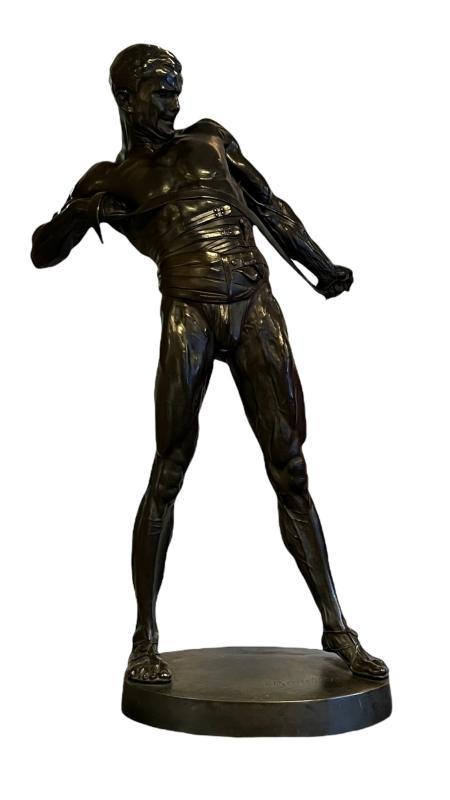 Our magnificent bronze depicting a Roman gladiator preparing to attack was modeled by the German artist, Heinrich Baucke (1875-1915).  Mounted to a green variegated marble plinth measuring 23 by 15 inches and with an overall height of 39 inches.  Signed on the base with the stamped mark of the foundry, DUSSELDORFER BRONCEGIESSEREI G.m.b.H.

In good condition, with light scratches and some tiny specs of white house paint noticeable on the base, and some chip losses along the edges of the marble.

The artist enjoyed a prestigious career.  According to the Benezit, Baucke studied under Karl Janssen at the Dusseldorf Academy of Fine Arts.  In 1903 Baucke moved to Berlin and executed several commissions for Kaiser Wilhelm II including a major work at the Royal Palace in Berlin (known since the end of the monarchy in 1918 as the Berlin Palace) and supervision of the development of the Schlossplatz palace square.  Commissions included the Monument to William I at Rotthausen, the bronze of King Friedrich Wilhelm III of Prussia at the town hall in Elberfeld, a statue of King Frederick I, a stone statue of Maurice of Nassau and marble busts of Helmuth von Moltke, Chief of the German General Staff, and German Chancellor, Otto von Bismarck.

His works can be found in many public settings throughout Germany and in museum collections including the National Gallery in Berln, Kunsthalle Düsseldorf, and the Los Angeles County Museum of Art,