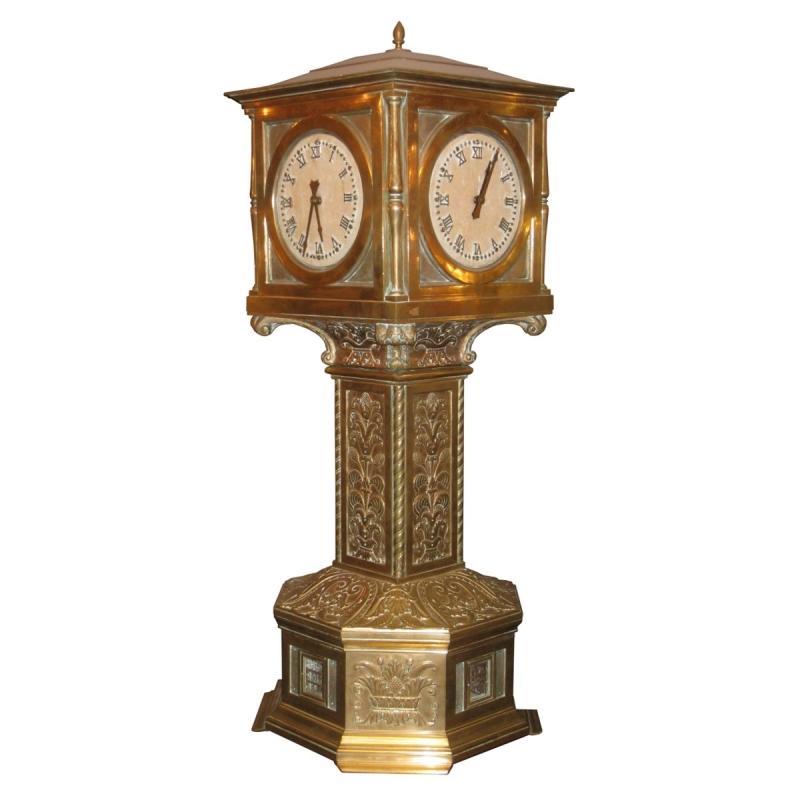 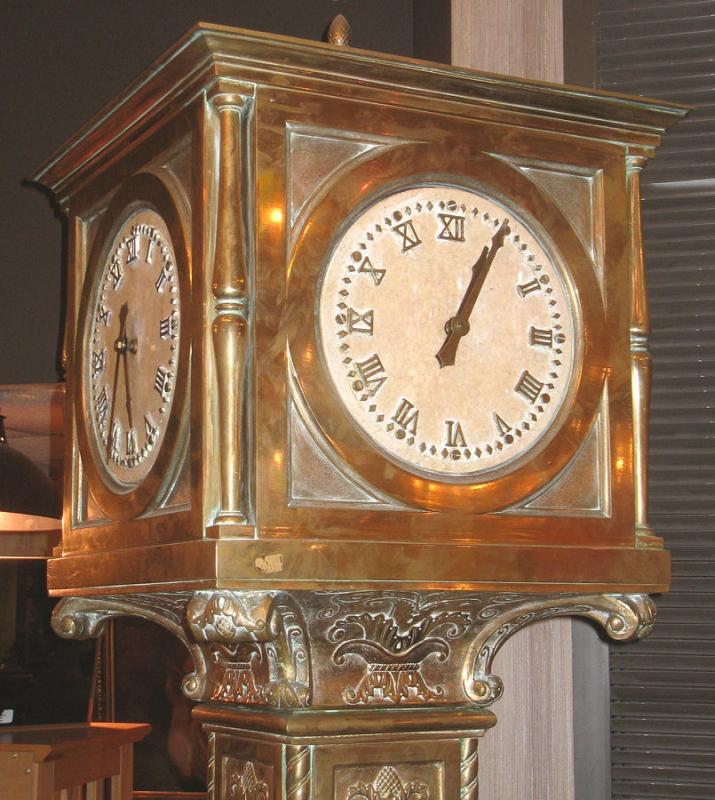 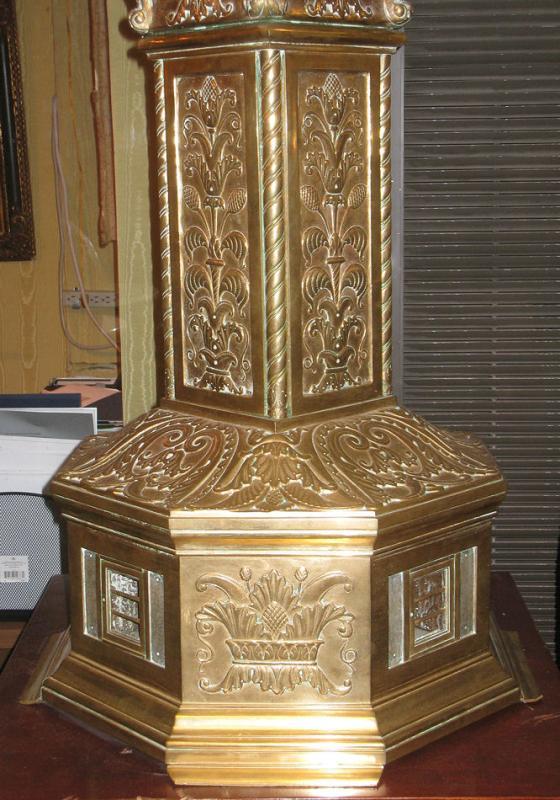 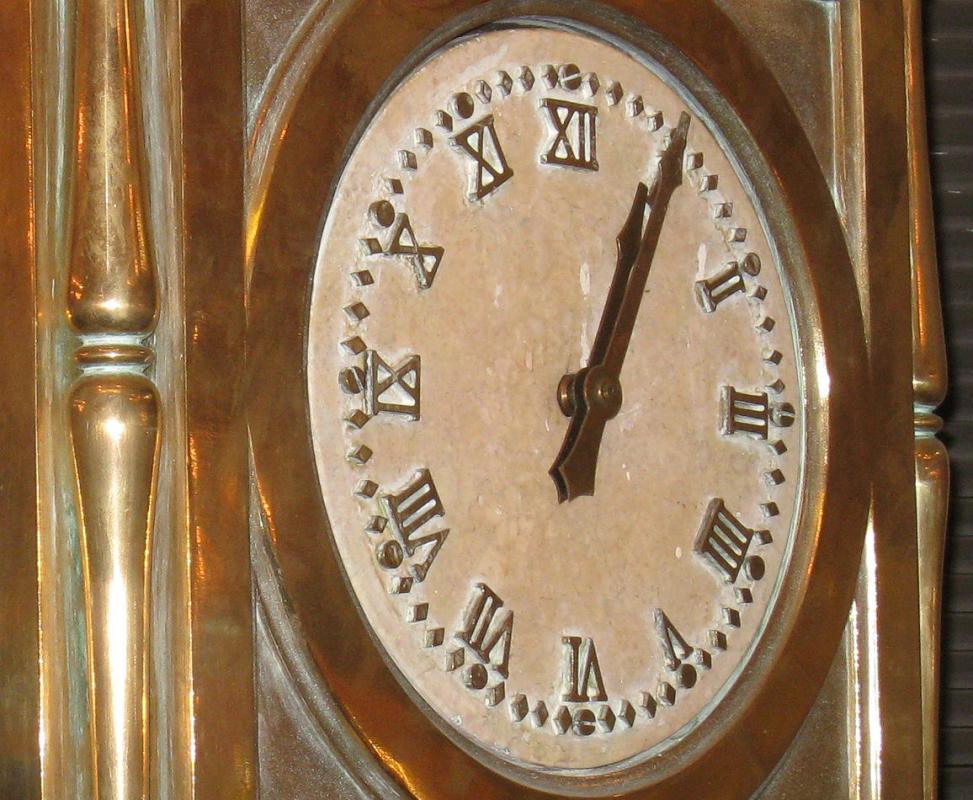 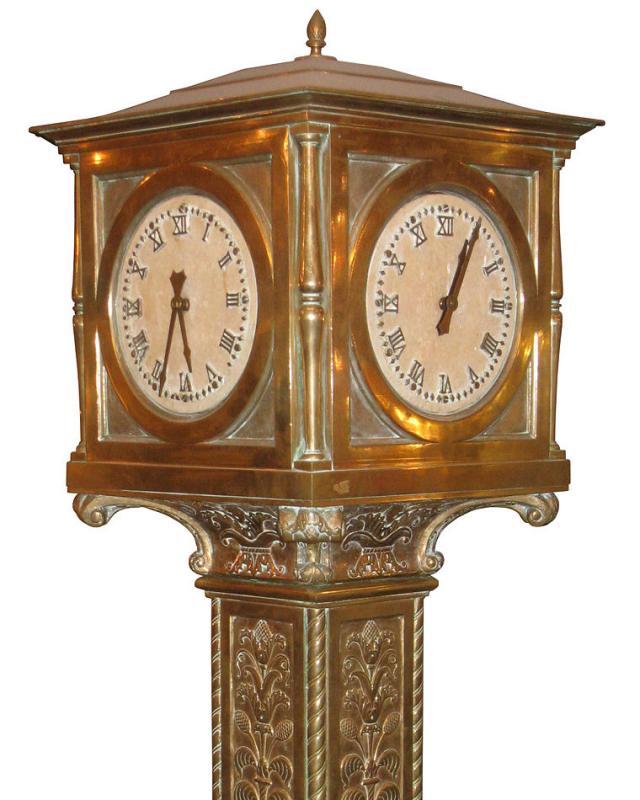 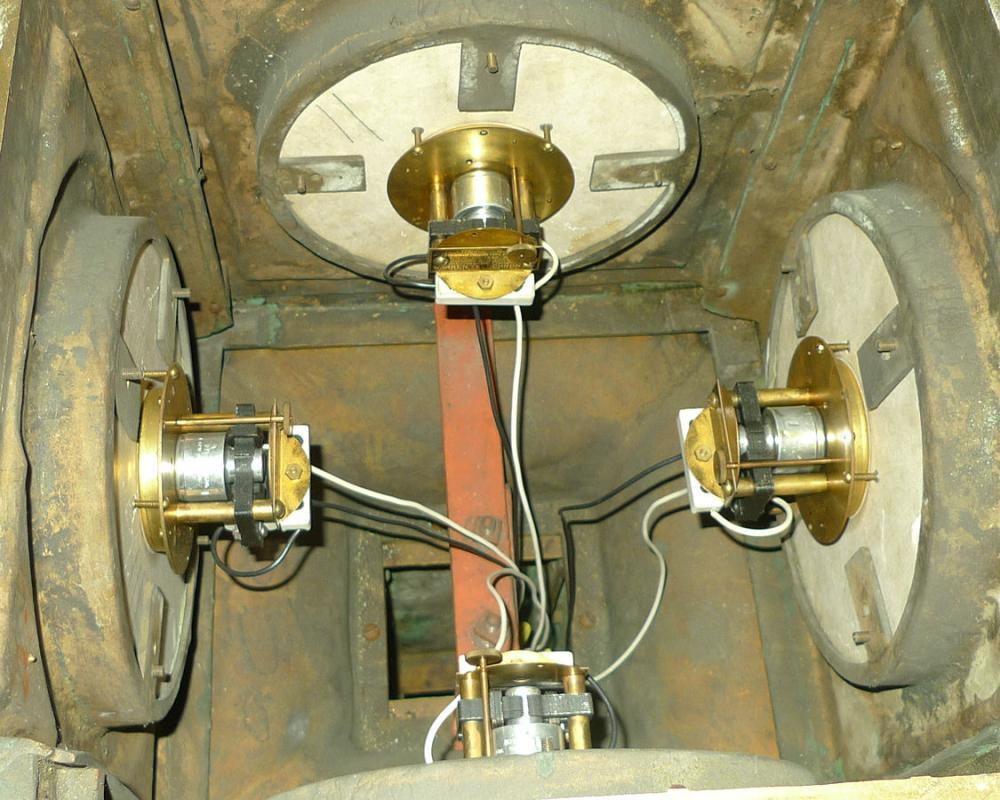 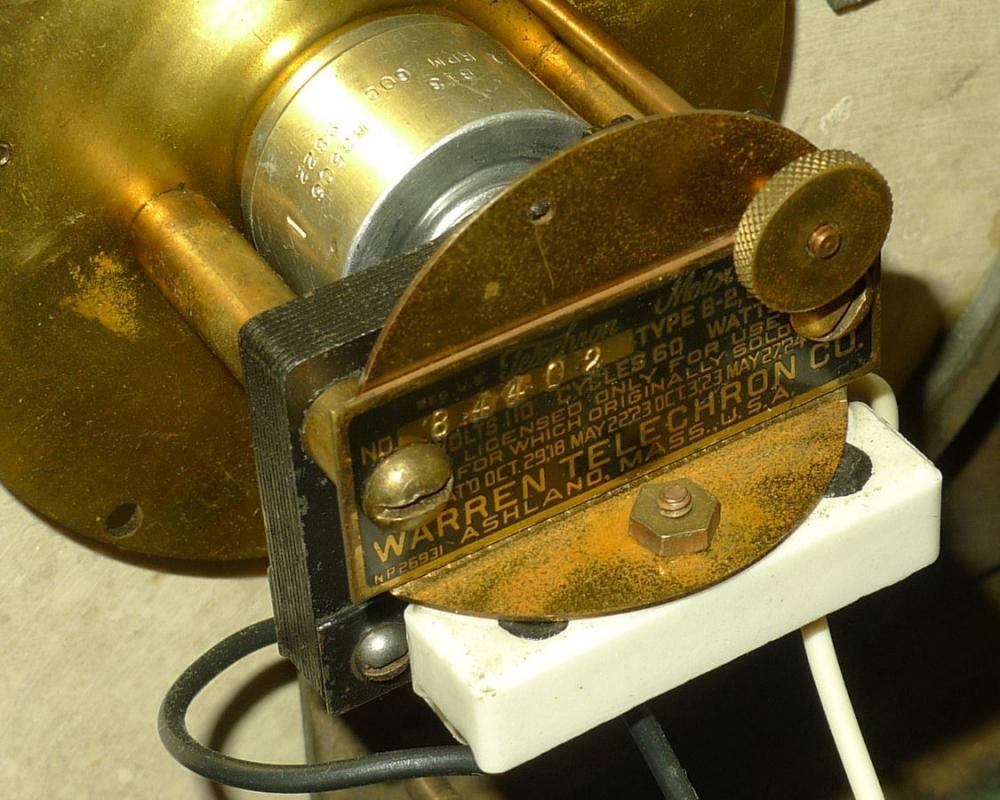 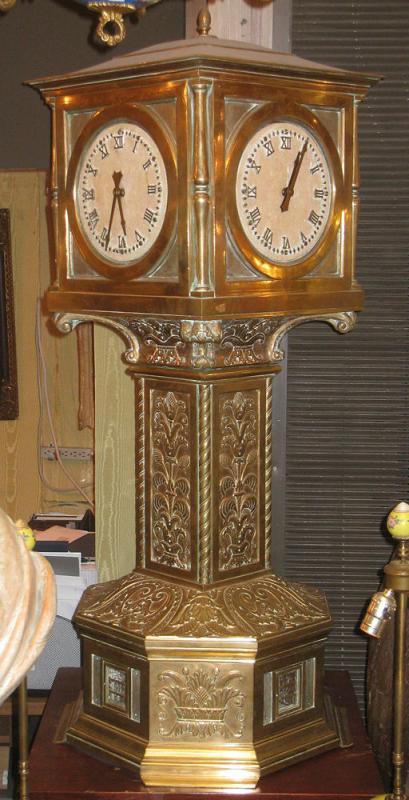 This vintage American station clock from the second quarter of the 20th century is crafted from cast bronze, and features four stone clock faces and neoclassical decorations including scrolling foliage, torches and pineapples.   Purchased at auction over 20 years ago by our client and only recently brought to market.   It is the only large, four-sided station clock of its kind we have seen on the market, either offered publically or through auction, in our 18 years in business.

Measures 52 x 22 x 22 inches.  It has its four original Type B-2 electric clock movements made by the Warren Telechron Company of Ashland, Massachusetts, which date the clock from 1926 to the early 1930s. This firm was among the first companies in the U.S. to patent and produce electric clock movements. Their mechanisms powered some of the iconic designs of the early 20th century, including clocks designed by Paul Frankl and Gilbert Rohde.  Clock movements are not in working order, but could easily be replaced with modern ones.  Condition is good. There are scratches and nicks, oxidation including a light degree of verdigris patina, throughout, plus permanent sticker residue on one face. There are also a few losses to the diamond shaped markings on one clock face.