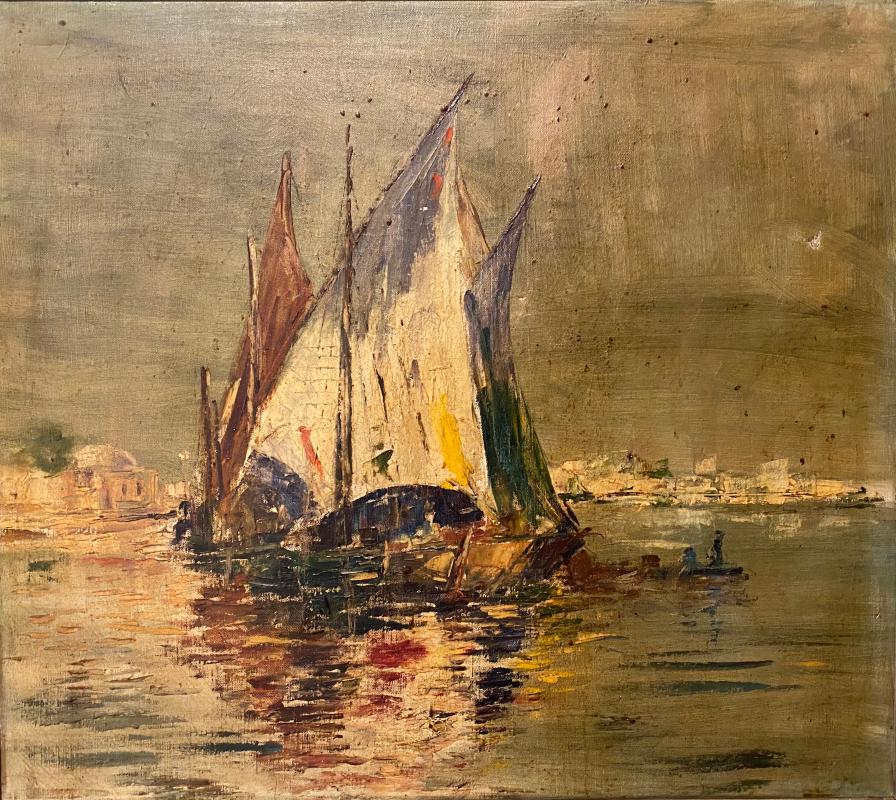 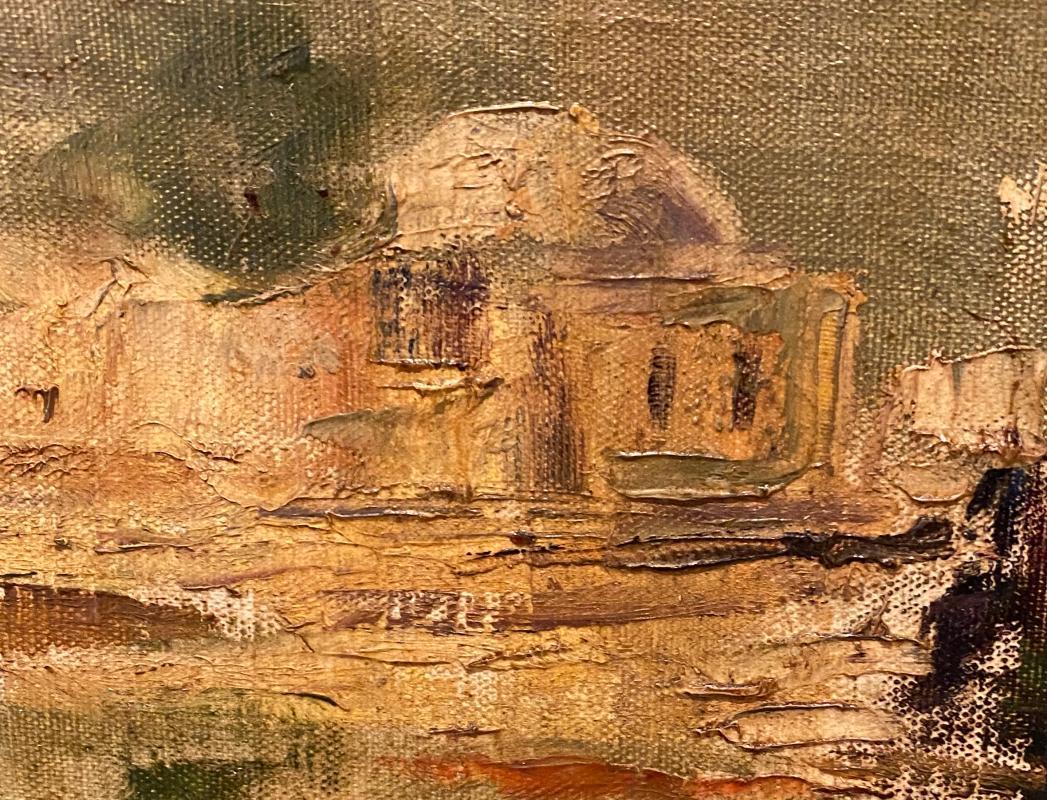 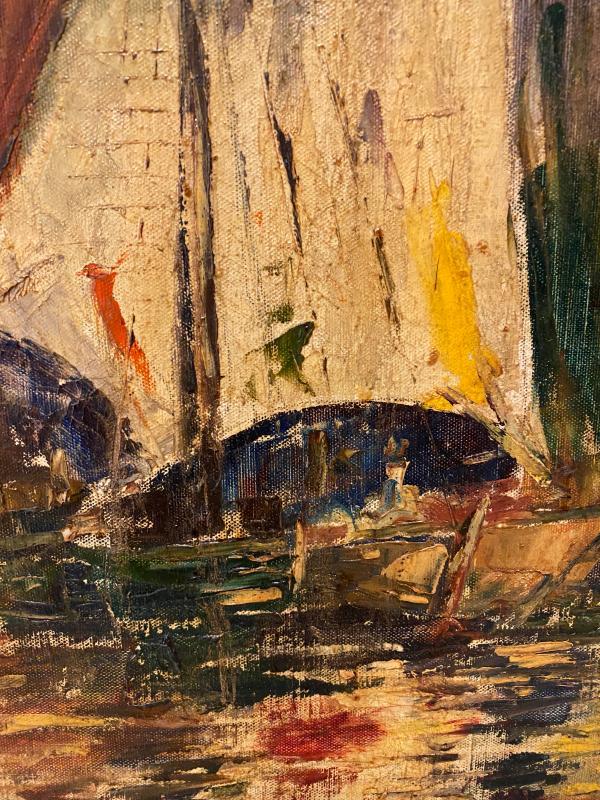 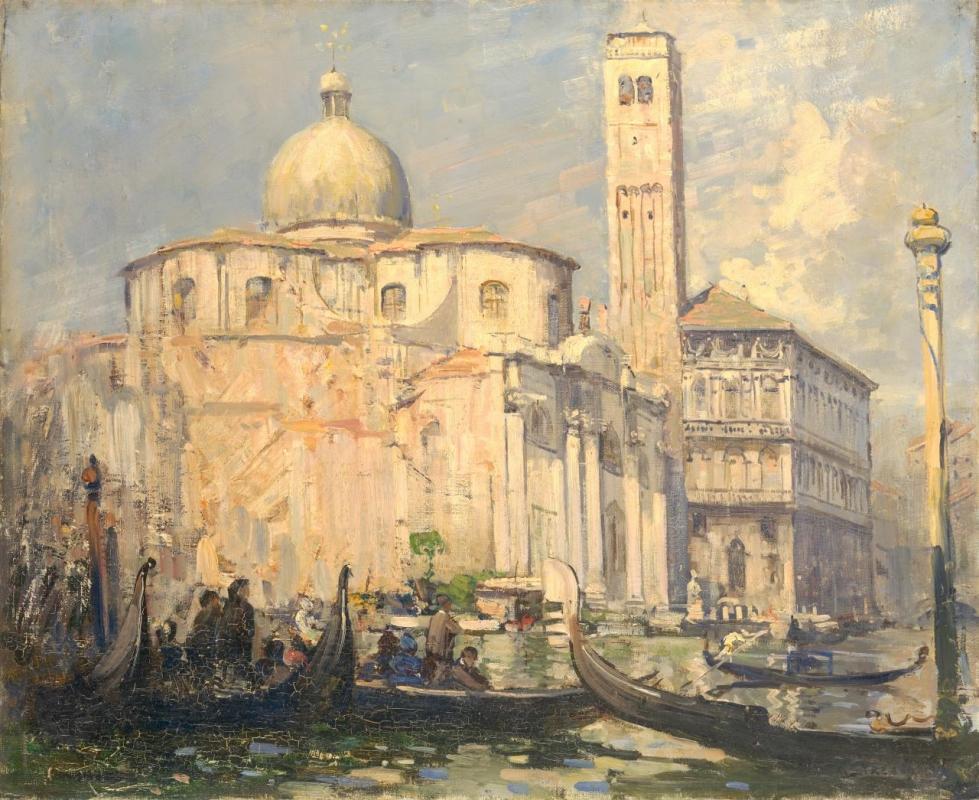 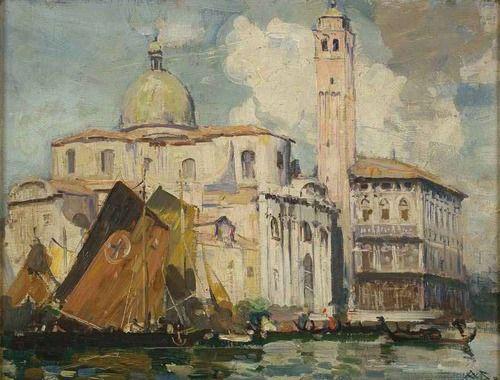 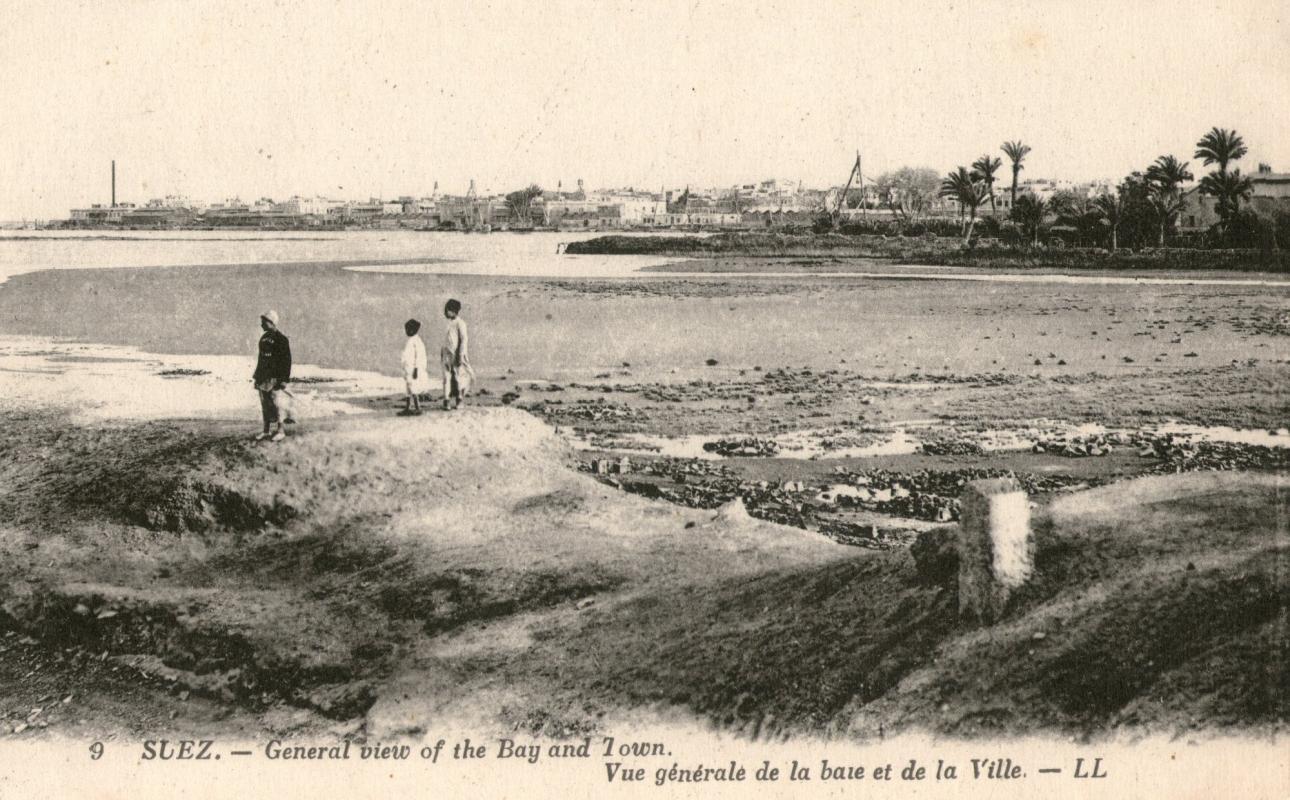 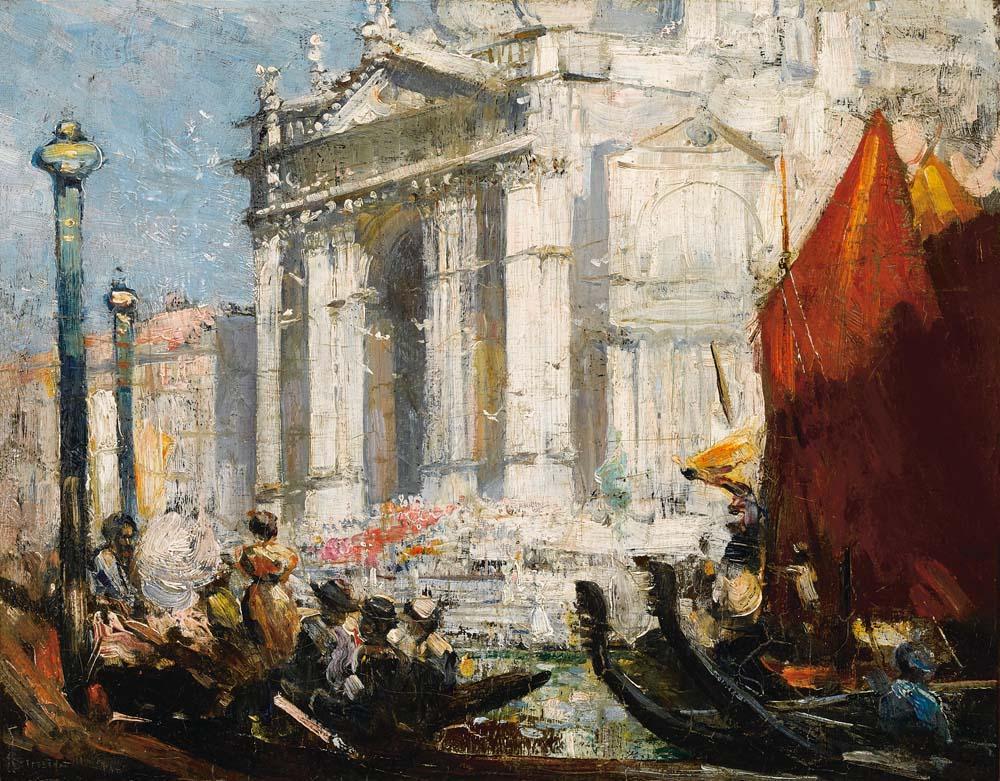 Arthur Streeton is one of Australia’s best known and most influential landscape artists, who along with a small group of contemporaries brought the practice and influence of the French Impressionists, to his homeland. Streeton received formal training at the National Gallery of Victoria school in Melbourne from 1882 to 1887 and is known as one of the elite group of painters that include Tom Roberts, Frederick McCubbin, and later Charles Conder. Easily one of the most accomplished, influential and best loved Australian artists of his time, Streeton is regarded as responsible for many of the great masterpieces of Australian painting: each beautiful and effortlessly created. As a result, his paintings are extensively sought after by both private collectors and art galleries throughout Australia and the world.

The Australian landscape naturally features strongly in the artists oeuvre, however Streeton also extensively visited foreign countries during his lifetime where he painted his observations in the same individual yet impressionistic manner. Streeton travelled to London via Cairo in 1897, where he painted for five months: he continued returning to Egypt over the decades. The artist also spent the majority of his years until 1923 in Europe and a notable stint of painting in Venice in 1908. It is from these sources that unknown Streeton discoveries come from: like this unsigned Cairo painting - Untitled, Boat Scene. Examples of the artist’s work done outside of his homeland are less known, with the full scope of each significant corpus of work, scarce. Cairo would indeed provide Streeton with some of his most breath-taking studies of light and atmosphere, although the proportion of works from his Cairo period are limited, making Untitled, Boat Scene a rare acquisition.

Streeton contributed the first response to Egypt by an Australia-born career-artist, and the only Impressionist vision of Cairo within the field of Orientalism in Australia. The trips to Cairo held for the artist an immersive experience, however his hope of painting plein air wasn’t fulfilled exactly as planned, “...as constant attention toward him by Egyptian civilians oppressed his mind in Cairo.” During this time Streeton quickly created multiple pencil sketches, watercolour sketches and took photographs – to gather in as many motifs as possible, to be used as a basis for paintings on canvas. Streeton went for local atmosphere rather than a transcript of a particular landmark: the artist did not travel elsewhere in Egypt limiting his experience to the landscape, society and culture and his immediate surrounds. He also painted views of some of the sites he hadn’t seen, based upon commercial photographs and postcards of popular sites like the Suez Canal. It would be in London that Streeton – equipped with a proper studio and professional canvases – would turn his documentary material into formal oil paintings. Streeton would mix and match objects in his sketchbook studies and borrow bits and pieces of architecture from all over the city, creating a montage of separate impressions in his paintings.

Stroke by stroke Untitled, Boat Scene is an impression rebuilt in rugged paintwork in terms of colour, light and texture. The life of the painting is in its culminative brushstrokes, each distinct, square and palpable to the eyes, steering towards expressive abstraction. In Untitled, Boat Scene the artist’s dramatic, vigorous brushstrokes gives the viewer insights into the stylistic adventure that was involved: making this period by the artist, one of the most exalted artistic expressions of Egypt. Streeton developed a great admiration for the works of J.M W Turner, Constable and Whistler but Streeton did not try to reproduce the ethereal, minimalistic works of Whistler and would instead prudently avoid trying to replicate it. Streeton found his own way, varying his techniques to suit subject and picture surface and endowing Untitled Boat Scene a shimmering and luminous impression with greater materiality than that of works by his peers.

Lateral marks, slashing strokes of the brush, dots and dashes of colour, describe how the light is exponentially intensified in Egypt: “There is an unusual brilliance in the morning in Cairo” (Streeton). The artist captured the opalescence and glittering reflection of the canal in moments of bright sparkling sunshine, as few artists have done before him. Streeton’s masterpiece St Mark’s Venice 1908(Queensland Art Gallery) was a supreme moment for the artist, chancing upon the iconic touristic site when the foreground was in very deep shadow (and painted as observed), with the effect of the variegated crowd somewhat lost to the viewer. By the same comparison, Untitled Boat Scene is bathed in golden sunlight and predicated on strong contrasts of sunlight and shade on either side, capturing the then and there of Streeton’s impression: the dark bulking in the foreground is set against the warmer colour weight in the rest of the image. Engendered through the composition are dramatic use of lights and darks, skilful use of colour and added zest of the brushwork: Streeton has created a remarkable freshness in Untitled, Boat Scene, making this work perhaps one of Arthur Streeton’s most significant Cairo paintings.

Arthur Streeton’s paintings of Venice are among his finest and most beautiful as the artist captures the visual resplendence in painting after painting, as the works spill over with joyous sunshine and sparkling light. It was in Venice in 1908 that Streeton painted his depiction of the city’s famous canal was painted. Inspired by the intense sunlight of the Mediterranean, Streeton worked prolifically, producing numerous oils, watercolours and a series of pencil-and-wash sketches. Streeton’s La Serenissima seems to float on water, resplendent, dream-like, the brilliant light transforming everything it touches. Combining the romanticism of the fairy-tale city and its breath-taking atmosphere with imaginative treatment, Streeton painted such master works as Venice: Bride of the Sea 1908 and Blue Lagoon fringed round with Palaces 1908. The Venice works show Streeton’s ability to capture the atmosphere and shimmering light of the city. Streeton returned to Australia in April 1914 and held exhibitions in Melbourne and Sydney.