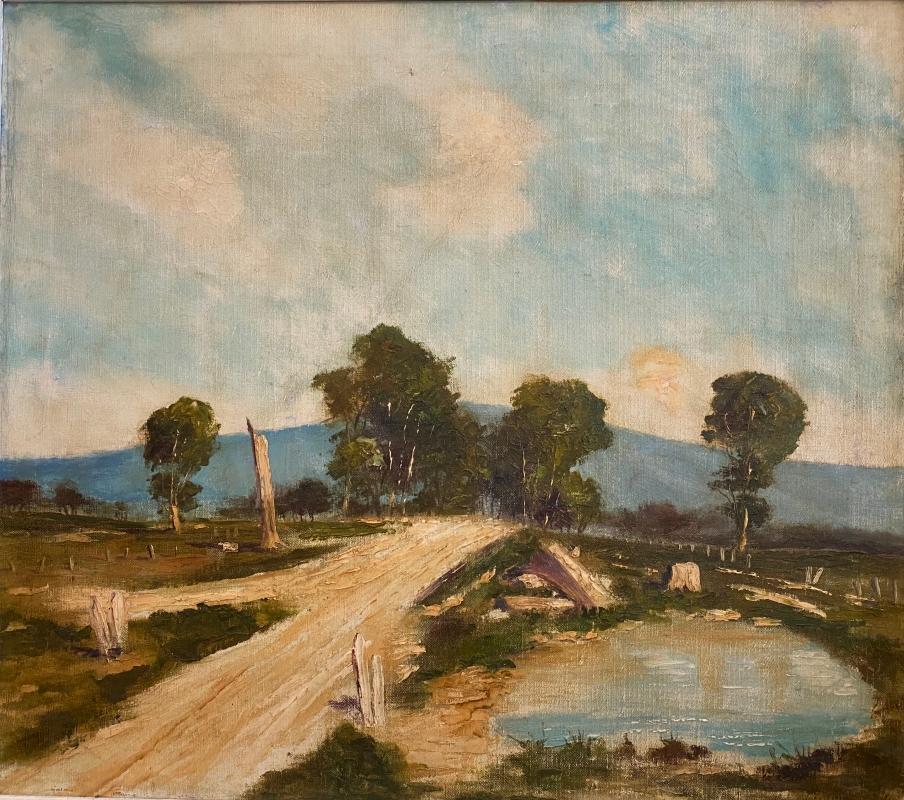 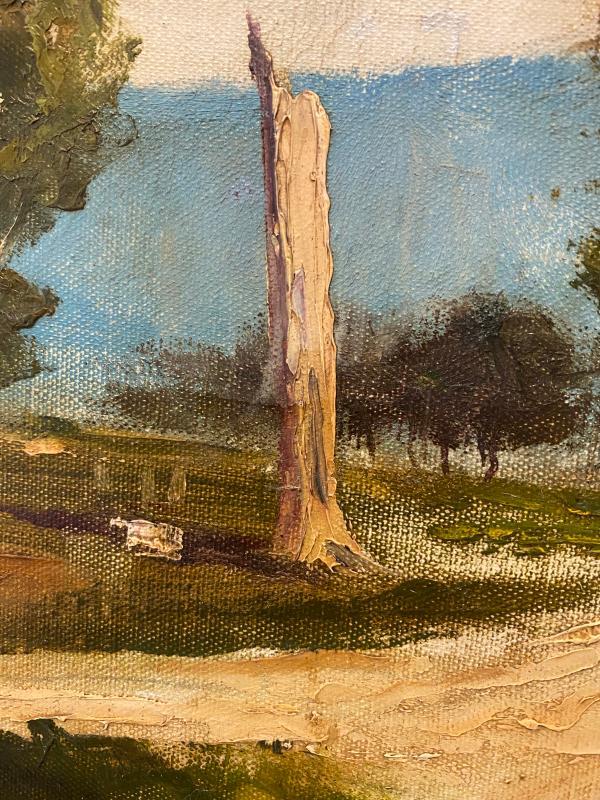 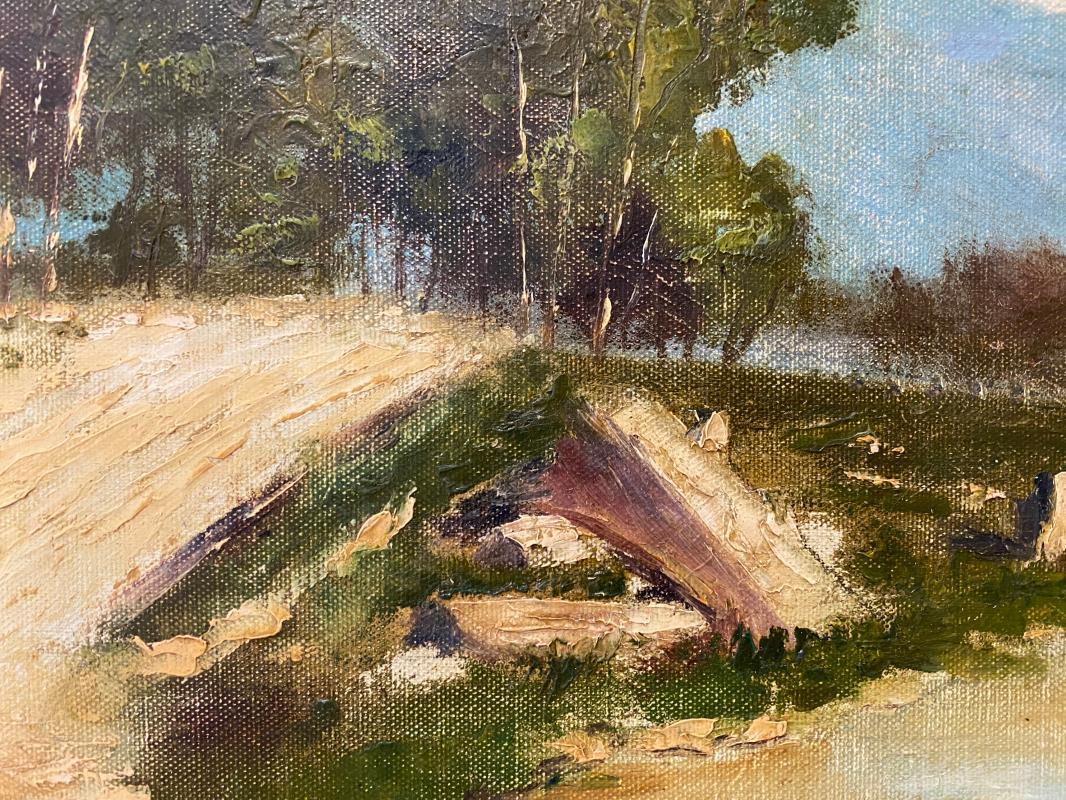 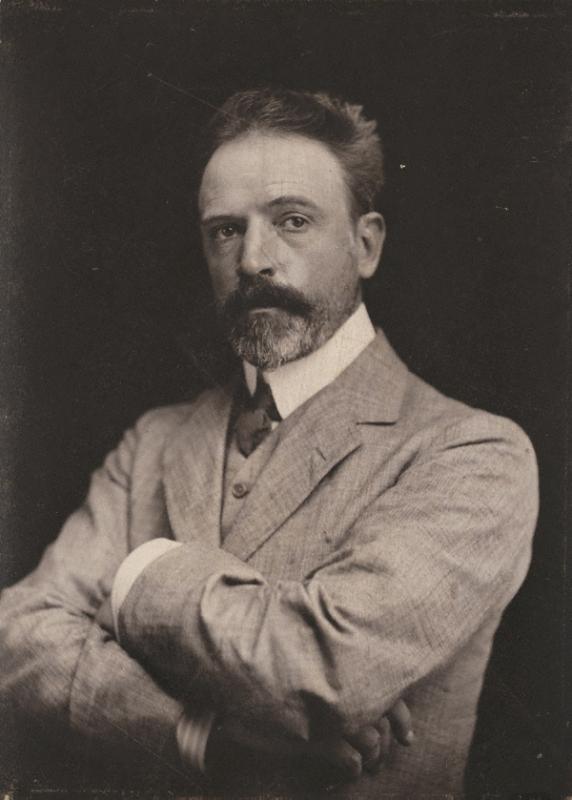 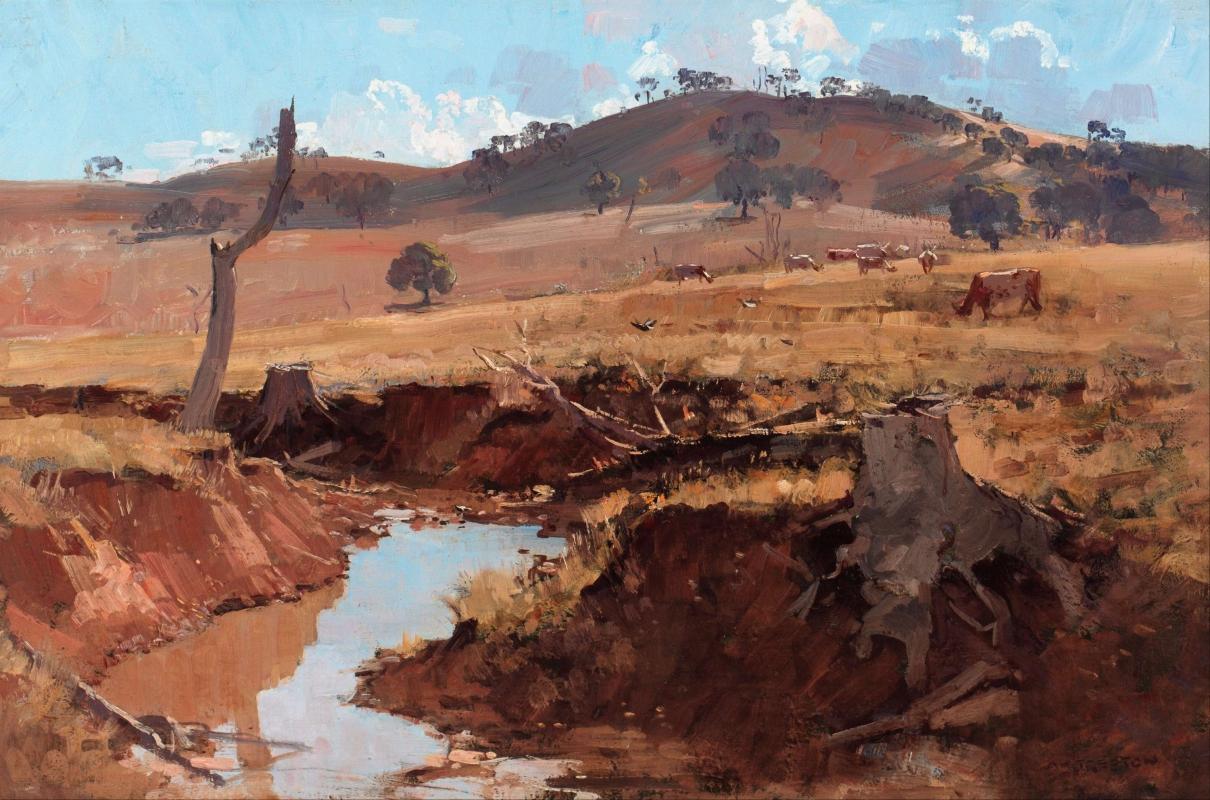 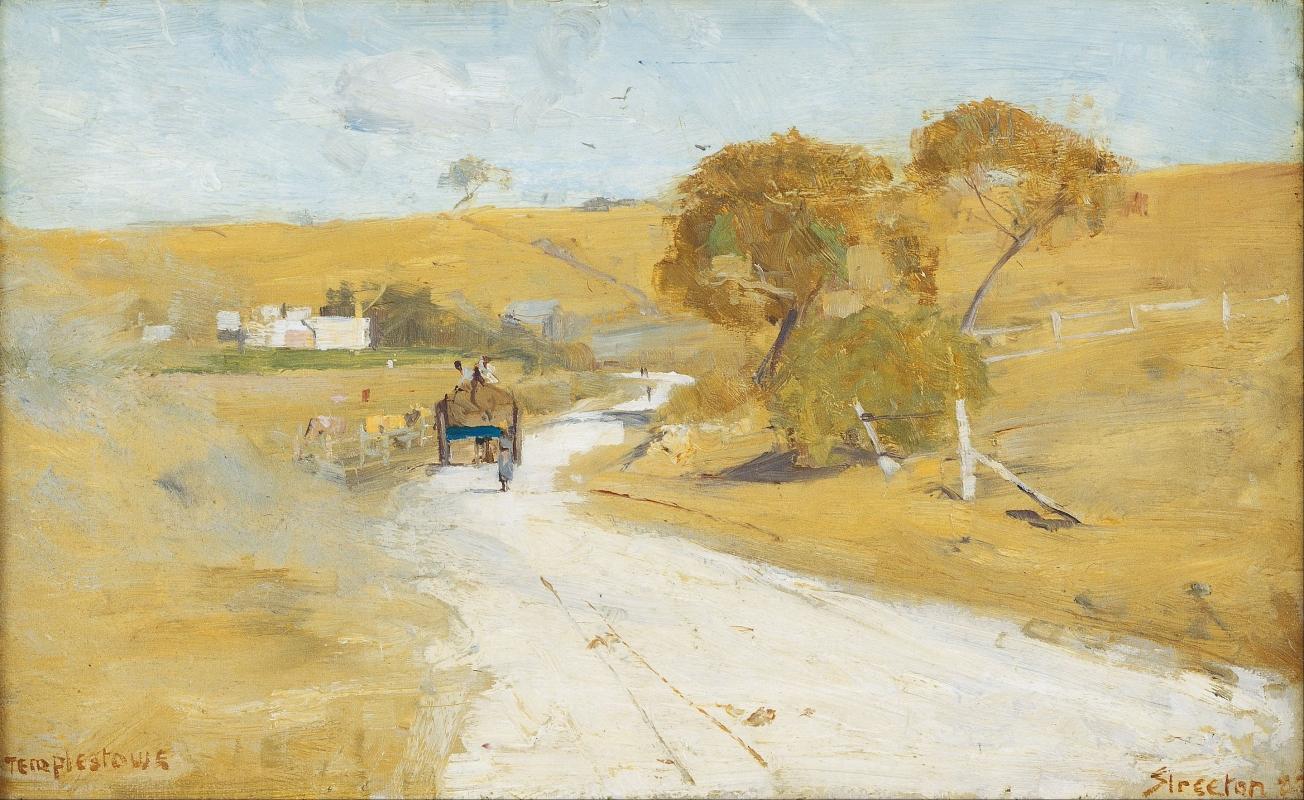 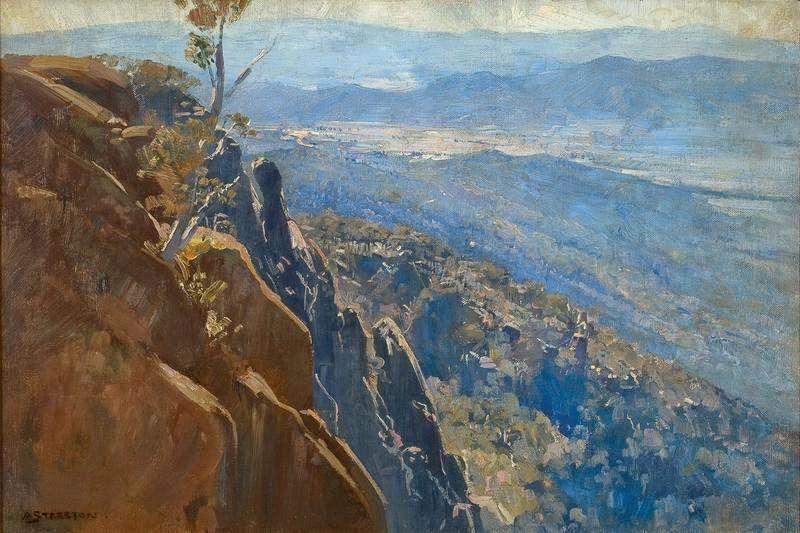 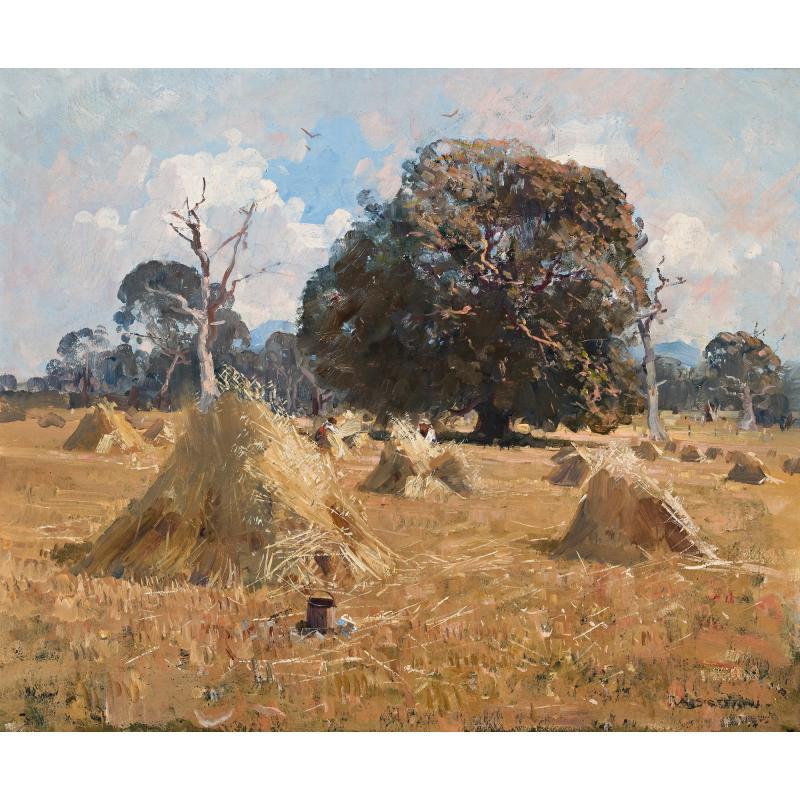 Arthur Streeton is one of Australia’s best known and most influential landscape artists, who along with a small group of contemporaries brought the practice and influence of the French Impressionists, to his homeland. Streeton received formal training at the National Gallery of Victoria school in Melbourne from 1882 to 1887 and is known as one of the elite group of painters that include Tom Roberts, Frederick McCubbin, and later Charles Conder. The Australian landscape naturally features strongly in the artists oeuvre. Arthur Streeton is easily one of the most accomplished, influential and best loved Australian artists of his time and is regarded as responsible for many of the great masterpieces of Australian painting, each beautiful and effortlessly created. As a result, his paintings are extensively sought after by both private collectors and art galleries throughout Australia and the world.

Arthur Streeton brought something different to the Australian art scene - he had a brilliant ability to inject light and space into his work, creating panoramas that captured the true essence of the Australian landscape. The artist's clever and distinctive style of creating openess and light is clearly evident in this present work Untitled, Olinda Landscape. Streeton was influenced by French Impressionism, but also deeply inspired by the painters he befriended throughout his life – Tom Roberts, Frederick McCubbin, Constable and Turner.  The artist's skill in rendering distance and atmosphere in Untitled, Olinda Landscape (c1900) gives emphasis to the unique indigenous beauty of the Australian landscape. Streeton contrasted loose and bold strokes, painting the foreground with much finer detail, adding depth to the work and drawing the viewer into this harmonious blue and gold landscape.

The tone of Untitled Olinda Landscape is georgic, not pastoral and removed from picturesque or pristine views: here, Streeton conveys a clear-eyed view of human activity in the scrub. The earth has been peeled back by human progress to reveal a muddy, clay loam road, dead tree trunks and a random scattering of debris. The very front of the composition directs the eye towards the earth’s excavation, masterfully anchoring both the picture’s perspective and it’s narrative: the symbol of human presence in the Australian Landscape (in contrast to the more sylvan inland subject - compare Streeton’s work: Oats Harvest 1897 and Fires On 1891). Streeton's art continued to develop and after 1899 he had adapted his technique to that of a round brush which brought a thicker and looser brush stroke in Untitled, Olinda Landscape.

It is uncertain whether Untitled Olinda Landscape is possibly a vernacular of the river red gums and distant Blue Grampians Mountains in Australia. Initially Streeton began painting city life in Sydney(Australia), then moved further afield to paint the Blue Mountains and Hawkesbury River regions. On one of the artist's journeys he met friend who let him to stay in an abandoned home on the summit of Mount Eagle. This property had stunning views of the Yarra Valley to the Dandenong’s and proved to be the perfect landscape for his painting escapades. Arthur would head off into the bush every day, with a handful of paint and canvasses. Famous painters, and fellow members of the Heidelberg School of Arts, Tom Roberts and Charles Condor later joined him and together this trio painted and lived on this modest property, surrounded by the stunning scenery of the Australian outback (see image thumbnails:The Blue Depths 1914, At Templestowe1889, The Creek 1925).

Streeton transformed Australian landscape painting in the 1880’s and from 1890, his visions of the Australian Bush became more powerful in his paintings. Streeton lost the unity of his Australian vision amidst a potent mix of new influences and styles, with his landscapes becoming darker in tone and heavier in paint surface, defining a unique image of the country and becoming one of Australia’s most notable painters.

Note: Untitled Olinda Landscape c1900 requires cleaning by a professional restorer, but has been purposely left in it's original, authentic condition due to the significance of the work.