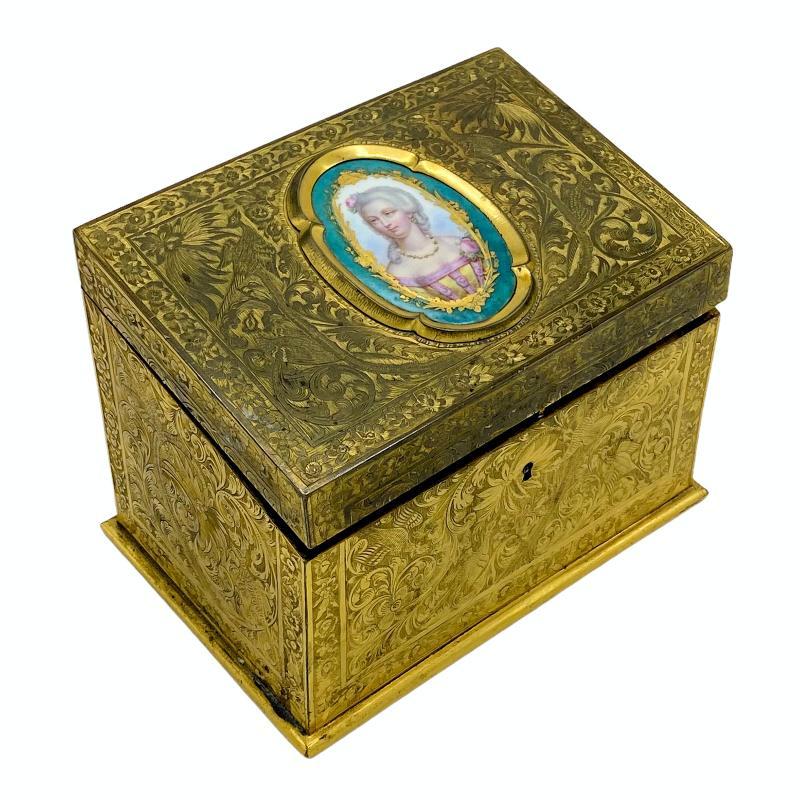 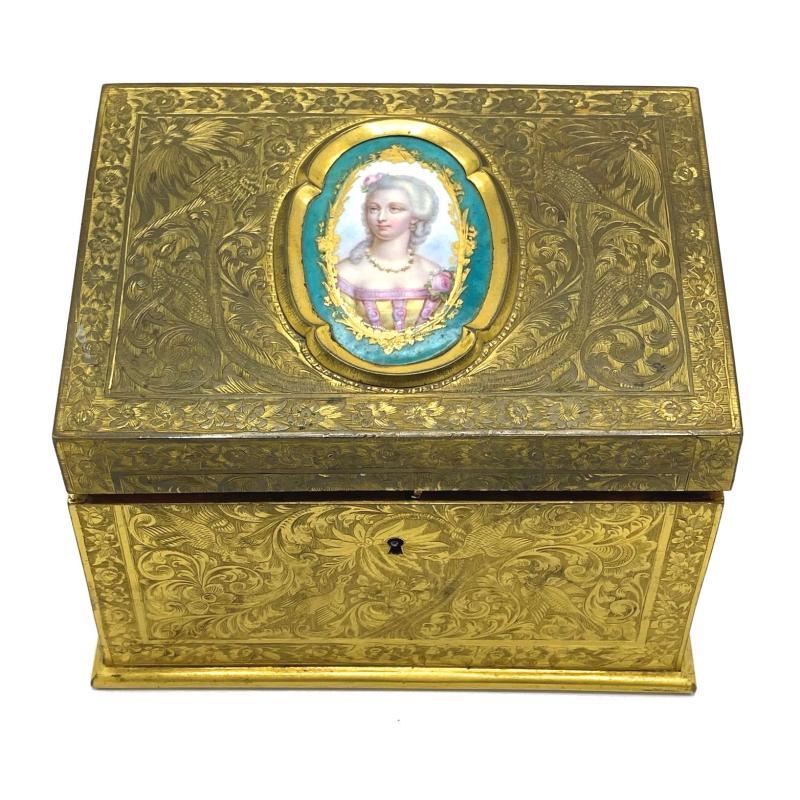 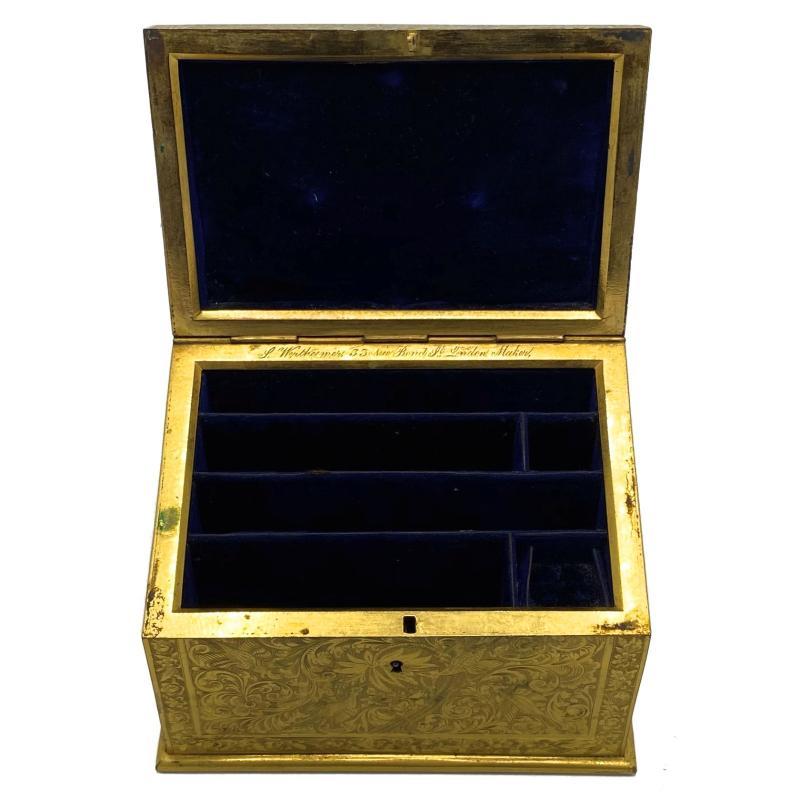 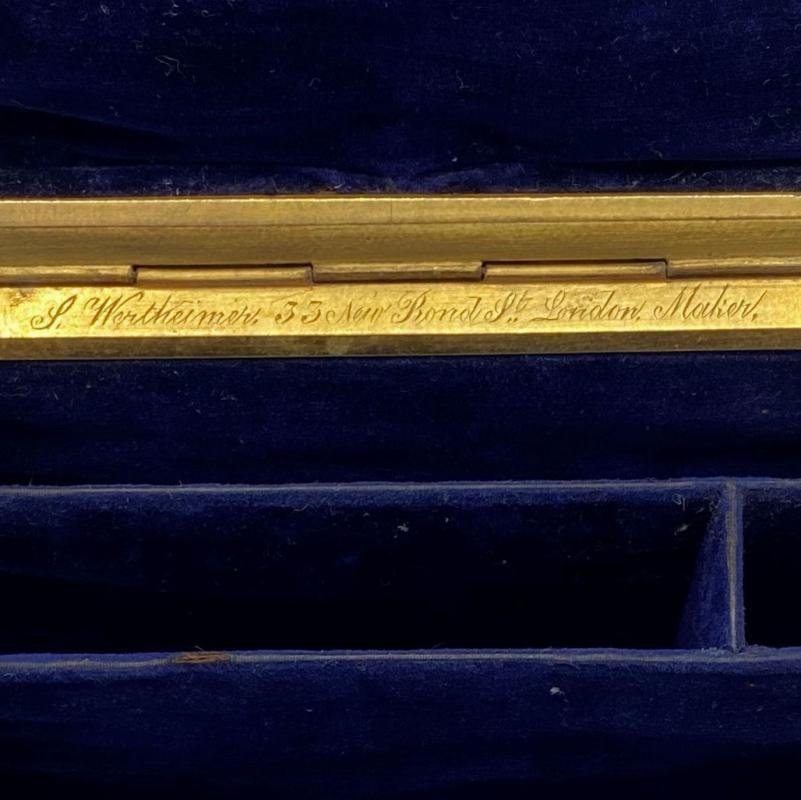 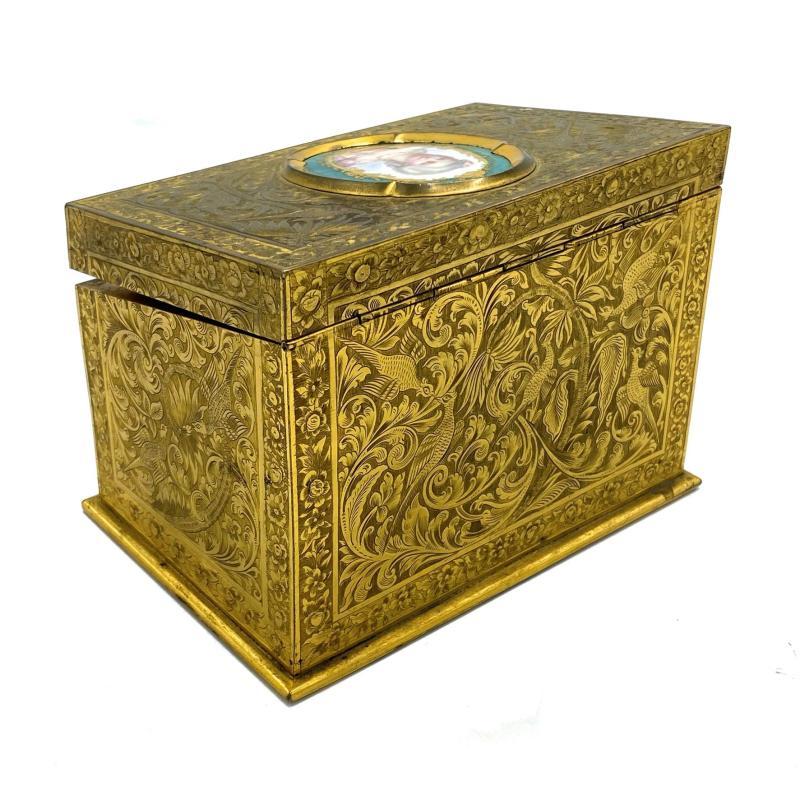 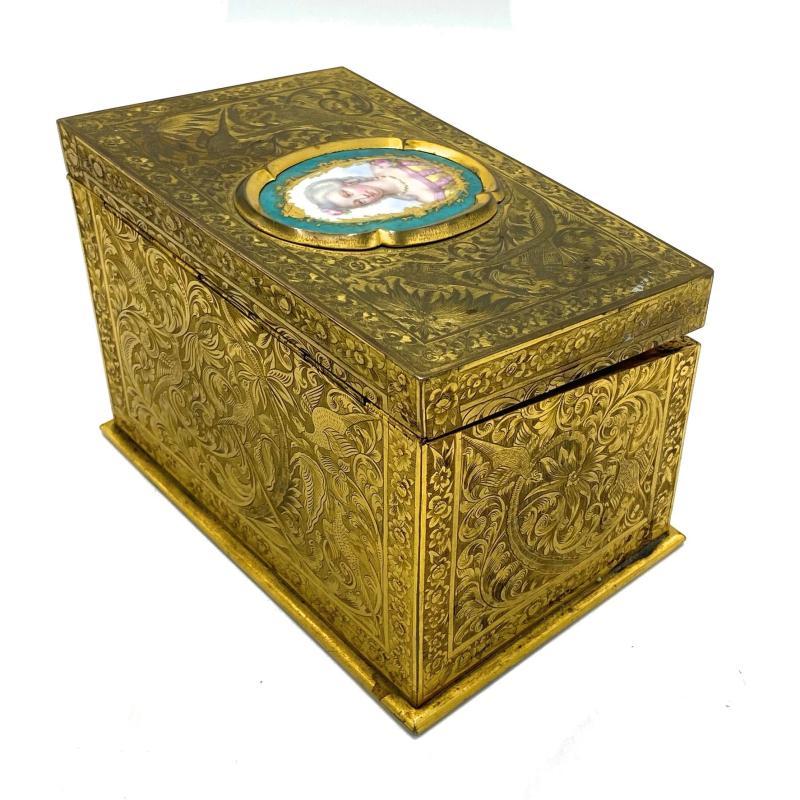 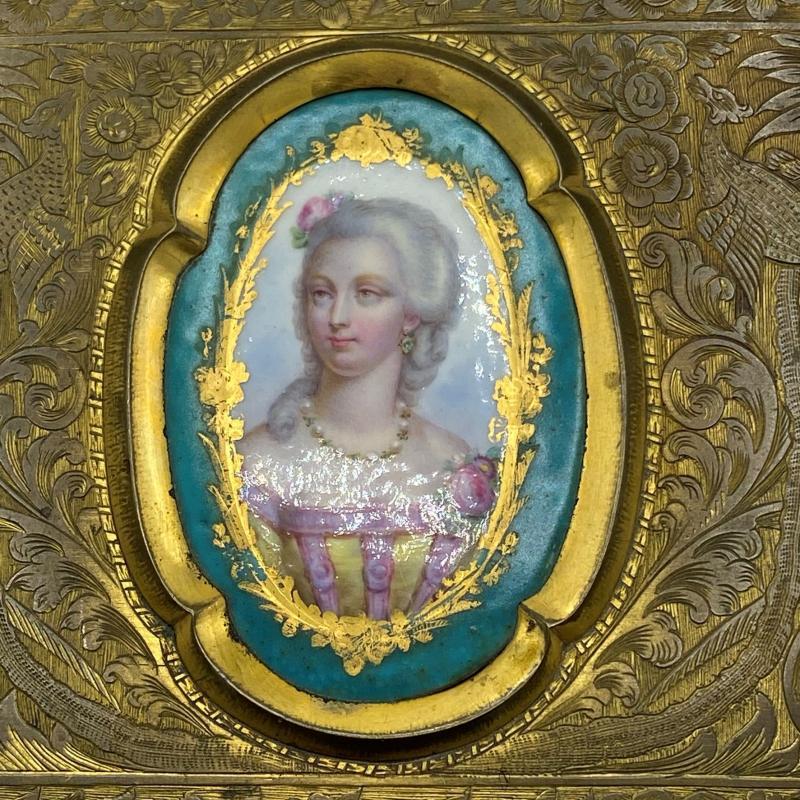 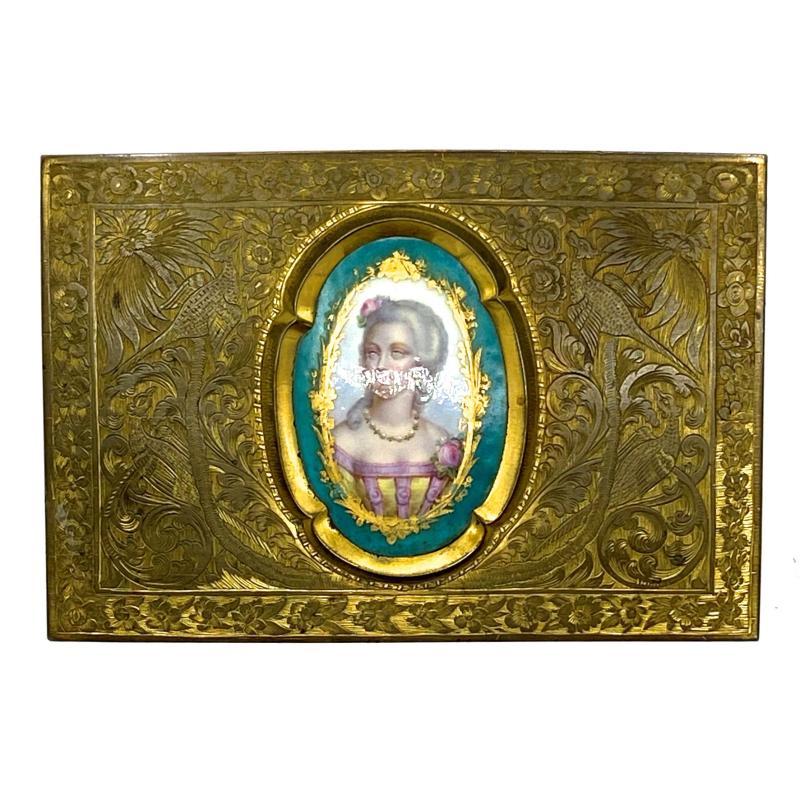 Our delightful gilt bronze box features the 18th century portrait on porcelain of a woman of distinction and is fitted with violet colored felt.  7 by 4 5/8 by 4 7/8 inches.  In good condition, with surface dirt/grime, scratches, nicks and rubbing wear.  Lid fits snuggly, and we apologize for photographing the box with the lid ajar. There is no key.

According to Thomas Coulborn & Sons, Ltd. of Sutton Coldfield, England, the artist descended from a distinguished Bavarian Jewish Family. He was born in 1811 in Fiert and arrived in London in 1839.  In the 1851 census he is reported to have had moved to 35 Greek Street in Soho where his profession was listed "embosser".  In the 1856 Post Office directory he is listed under Antique and Furniture or Curiosity Dealers at 33 New Bond Street.  By the 1861 Post Office directory he was located at 154 New Bond Street when his trade is described as ‘curiosity dealer and ormolu factory’, and in 1871 and 1881 he is described as a ‘dealer in works of art’. This may indicate that he had ceased to operate as a manufacturer and was simply dealing, although there is no other evidence for this. He remained at this address until his death on 25th January 1892 and is buried in the West Ham Jewish cemetery. His will was proved in May of the same year by executors Alfred Charles de Rothschild and Leopold de Rothschild and his estate amounted to the considerable sum of £382,810 4s 9d. Asher Wertheimer continued the business until his death in 1918. He bequeathed a portrait of himself by John Singer Sargent to the Tate Gallery, where it remains. Unfortunately all the business records and correspondence were destroyed by the family, making it difficult to trace objects with any certainty.

Wertheimer exhibited at the International Exhibition in London in 1862, where he showed a polished steel console table after Gouthière, an engraving of which was illustrated in the Art Journal Catalogue for the 1862 exhibition., which described his stand as an “extensive collection of objets de luxe; he is a large importer of the choicest productions of the best fabricants of the Continent. Those we engrave however are his own productions and consist principally of works in ormolu, admirable as castings but receiving increased work and beauty from the labours of the chaser”.  He was also recorded as “bronze ormolu and marqueterie manufacturer by special app’t to the Queen”.

He had close ties to the Rothschild family, playing an important role in the formation of Baron Frederick de Rothschild’s collection at Waddesdon Manor, and in addition to appointing both Alfred Charles and Lionel de Rothschild as executors of his will, he also had dealings with Steiglitz and Gustave.

According to Sotheby's, he is listed in The Dictionary of Gold and Silversmiths, Jewellers and Allied Traders 1838-1914 Volume I, page 477, by John Culme.