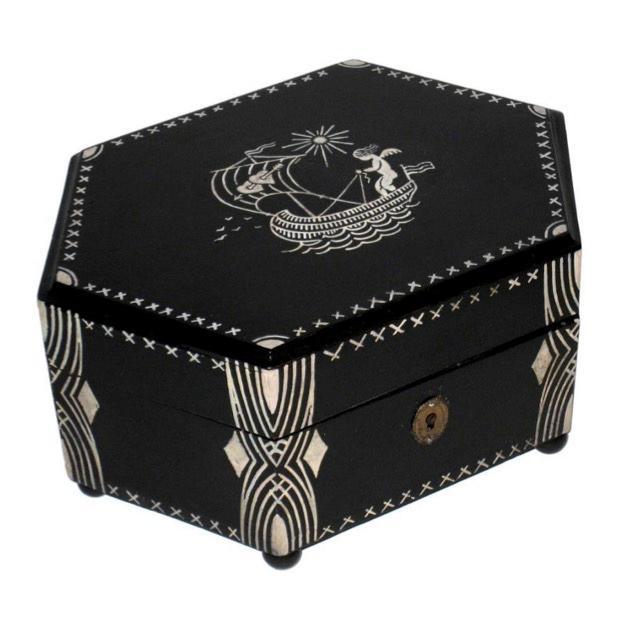 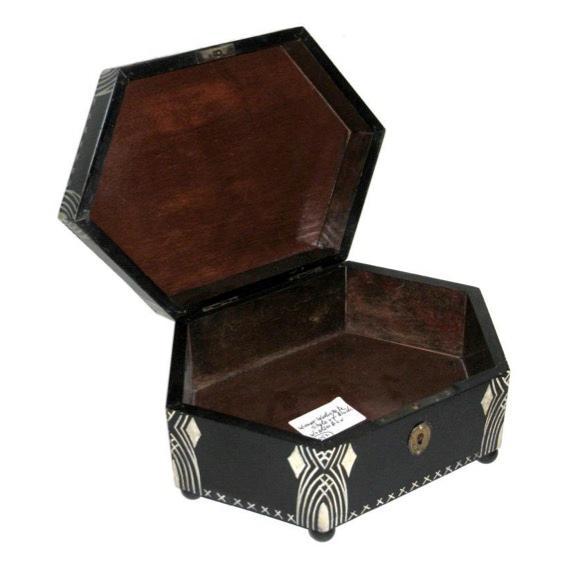 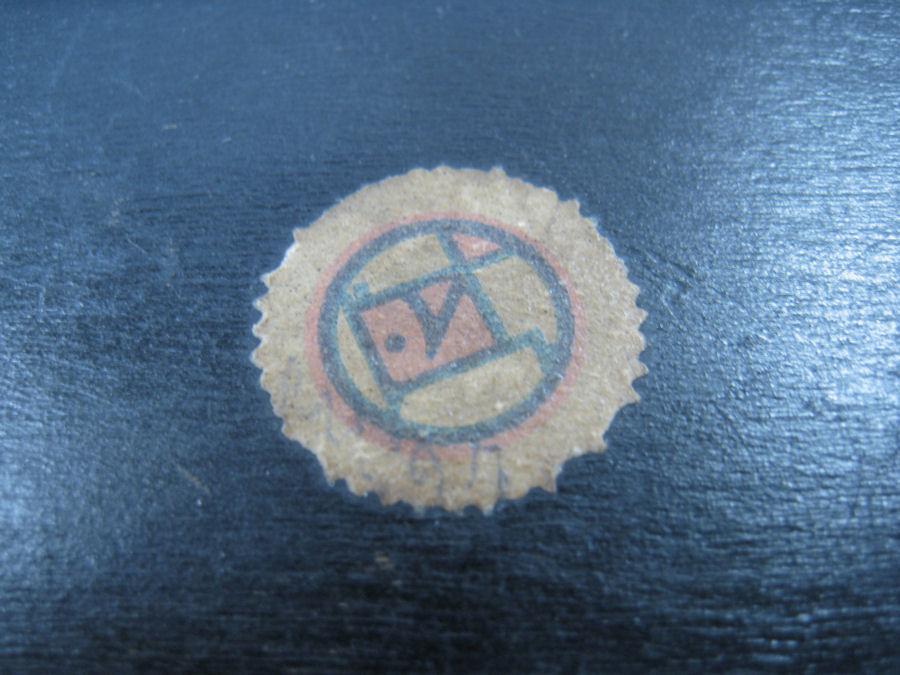 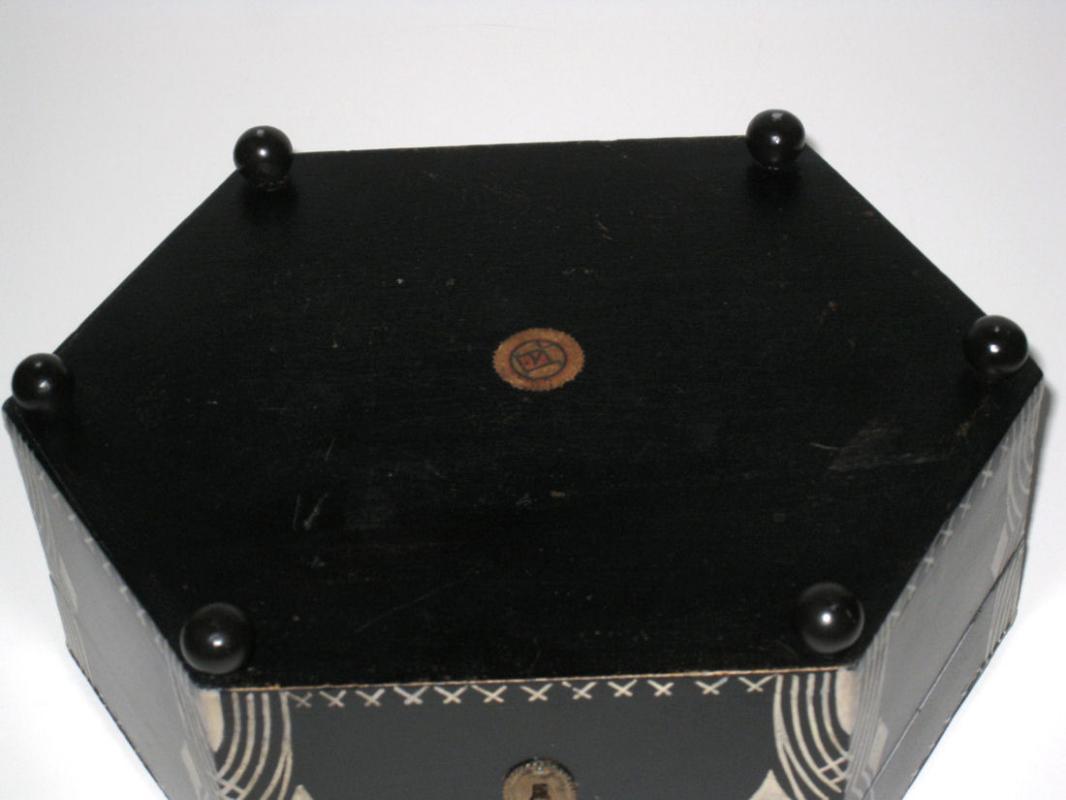 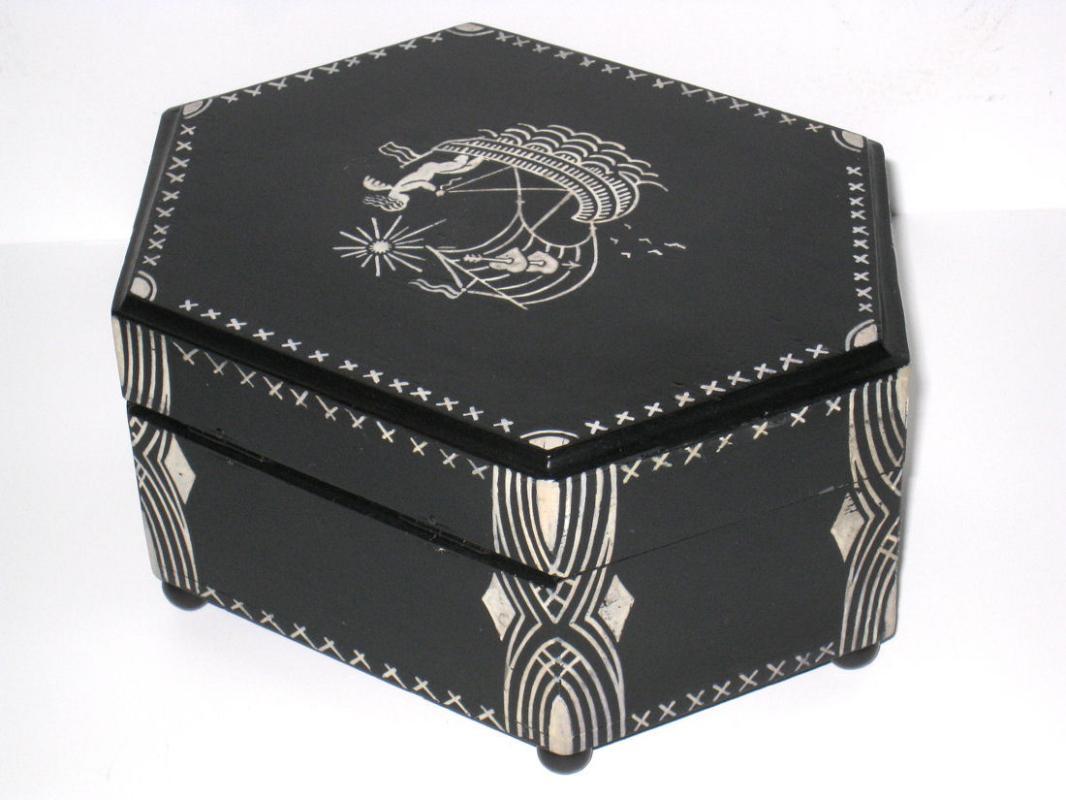 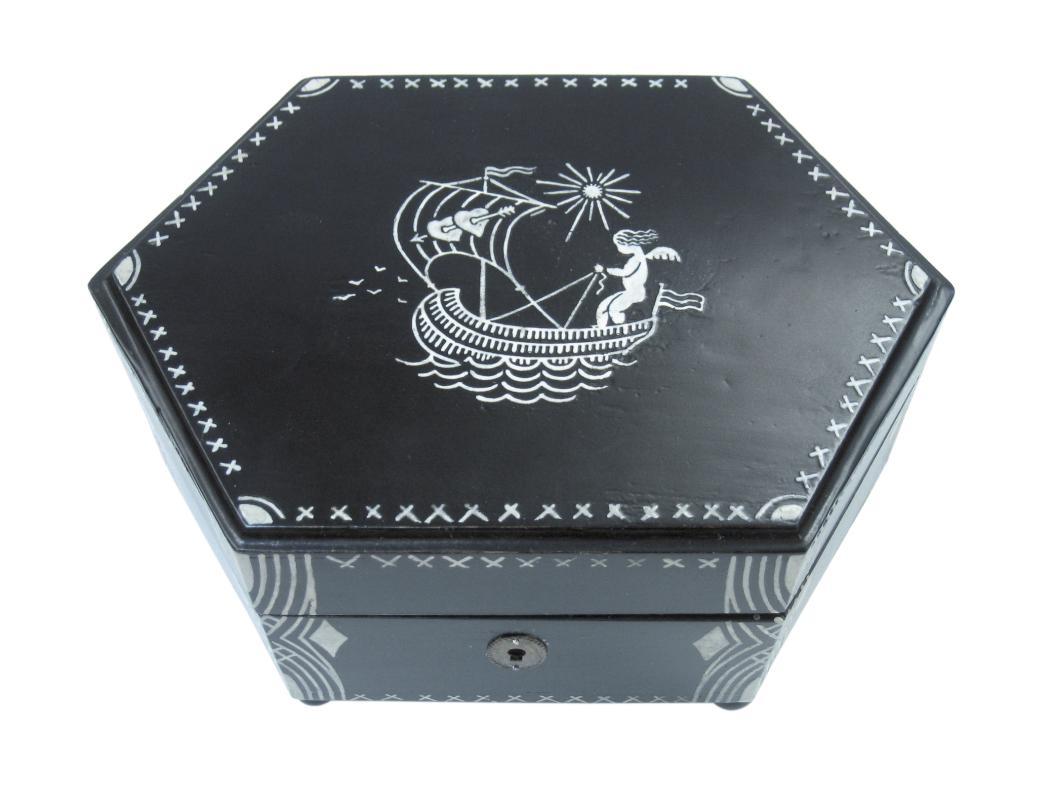 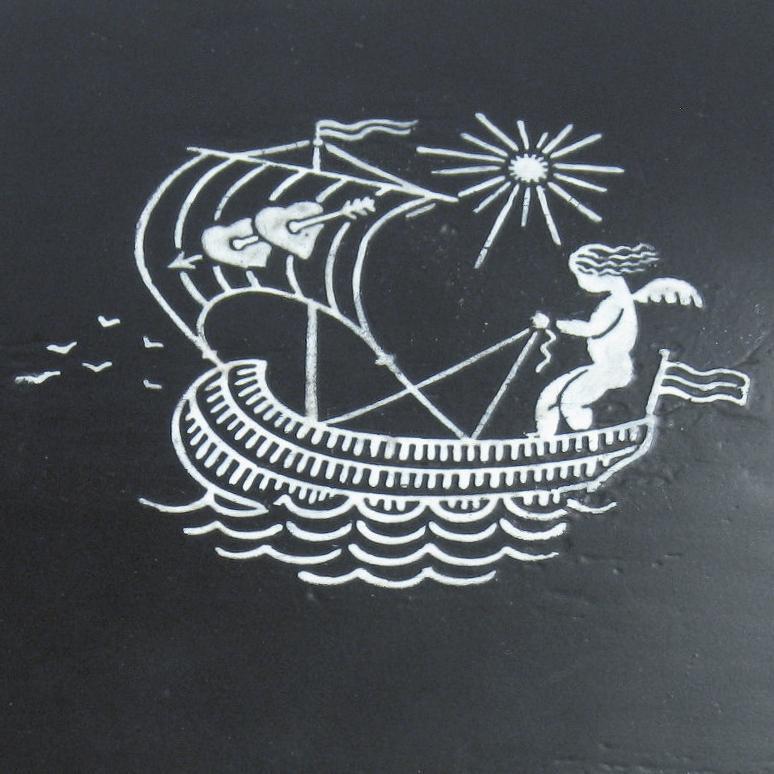 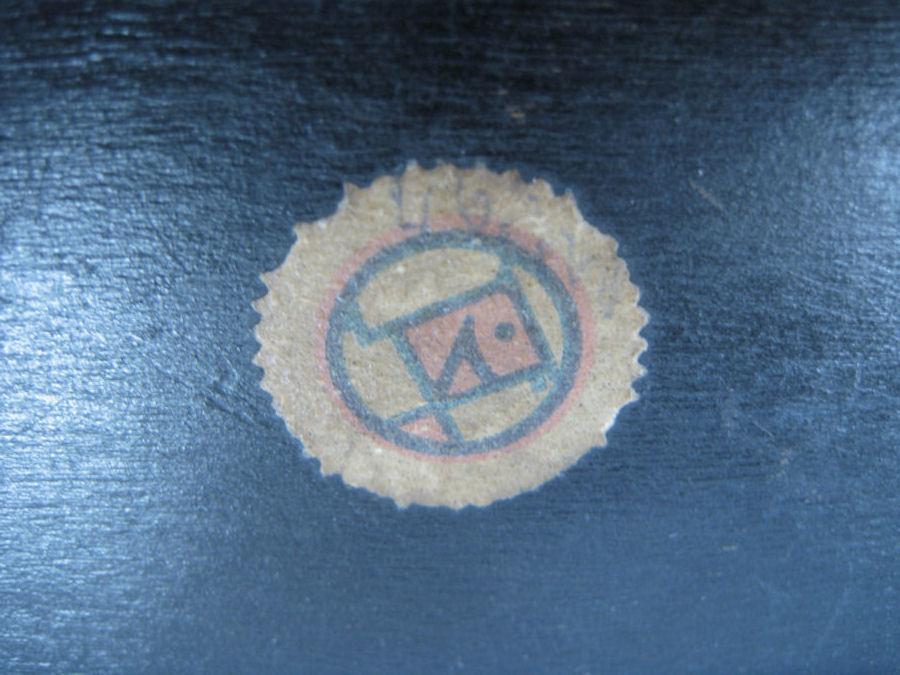 Peche was a key figure in the Austrian arts and crafts movement, who along with Josef Hoffmann and Koloman Moser, established the defining styles of the Wiener Werkstatte.  He worked in a wide variety of mediums, and is best known for his interior designs, and designs for furniture, wallpaper, fashion and textiles, ceramics, jewelry, and metals.  Initially hired as an assistant by Josef Hoffmann, he went on to greatly influence the co-founder of the Secessionist movement.  Upon Peche's death in 1923, Hoffmann wrote "Dagobert Peche was Austria's greatest genius in ornamentation since the days of the Baroque."

Powolny is known for his abstract designs in glass, and for his figurative ceramics, often executed in black and white colors, and often featuring the ball feet as seen in our box.