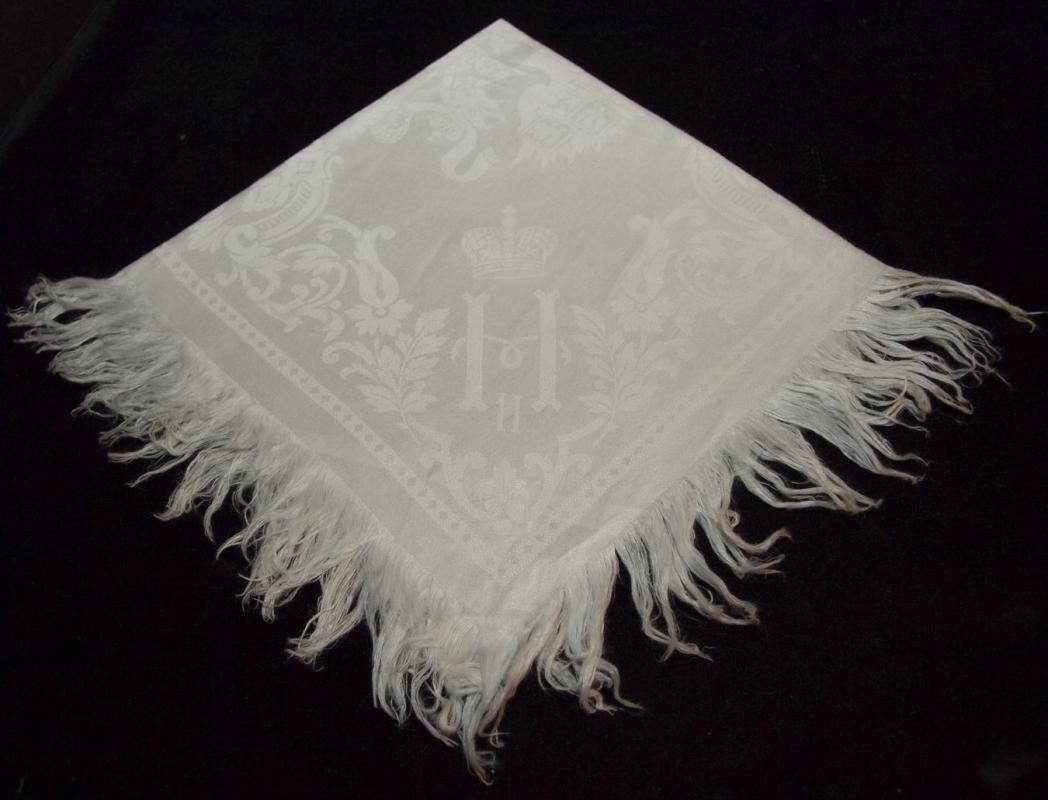 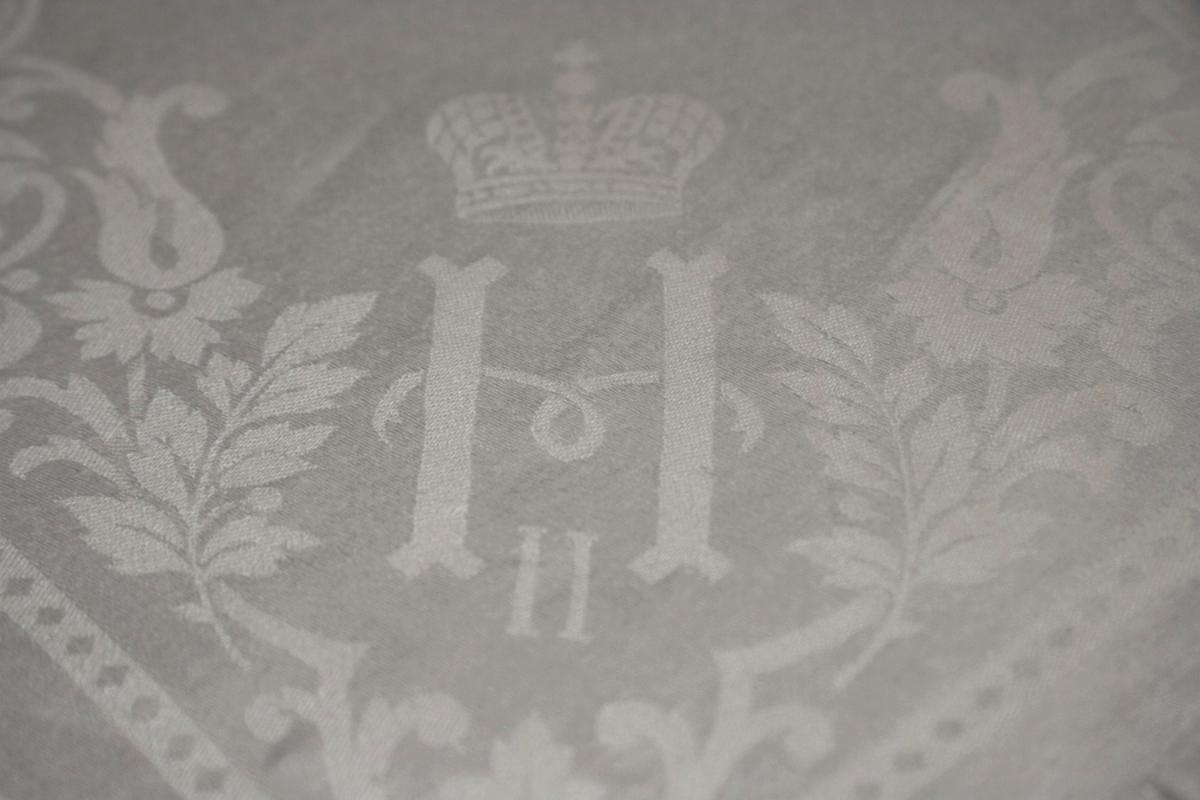 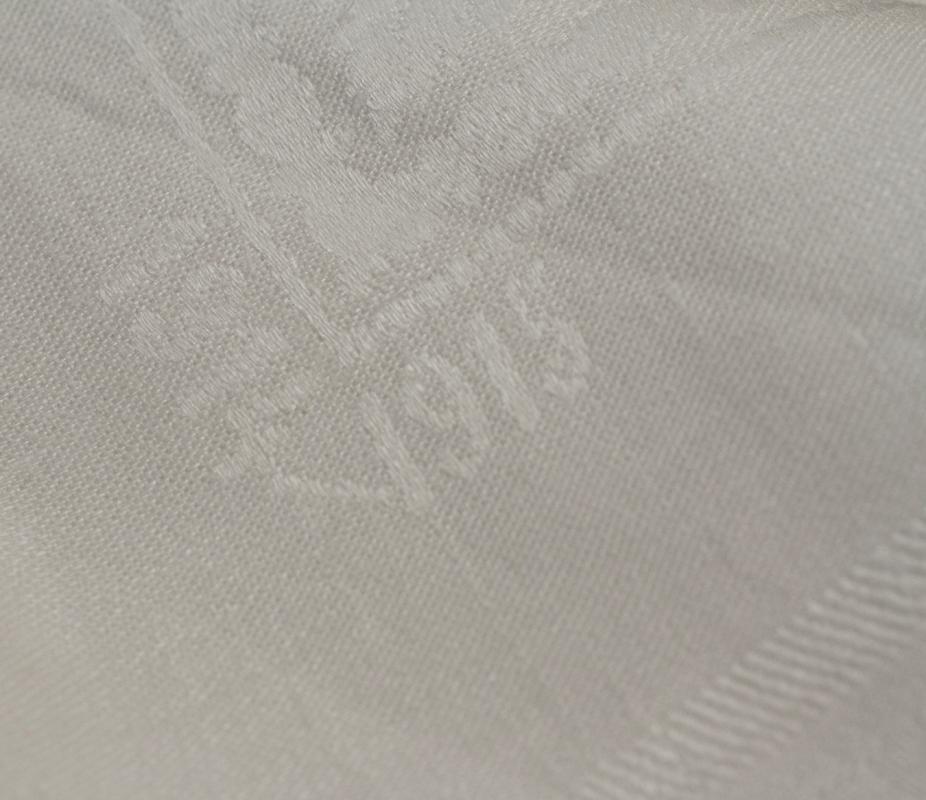 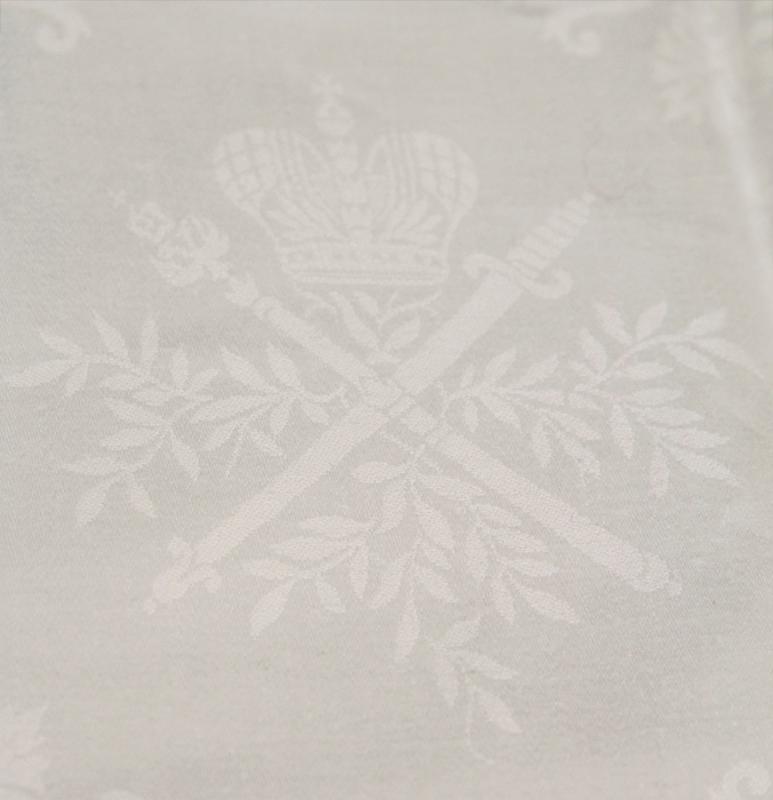 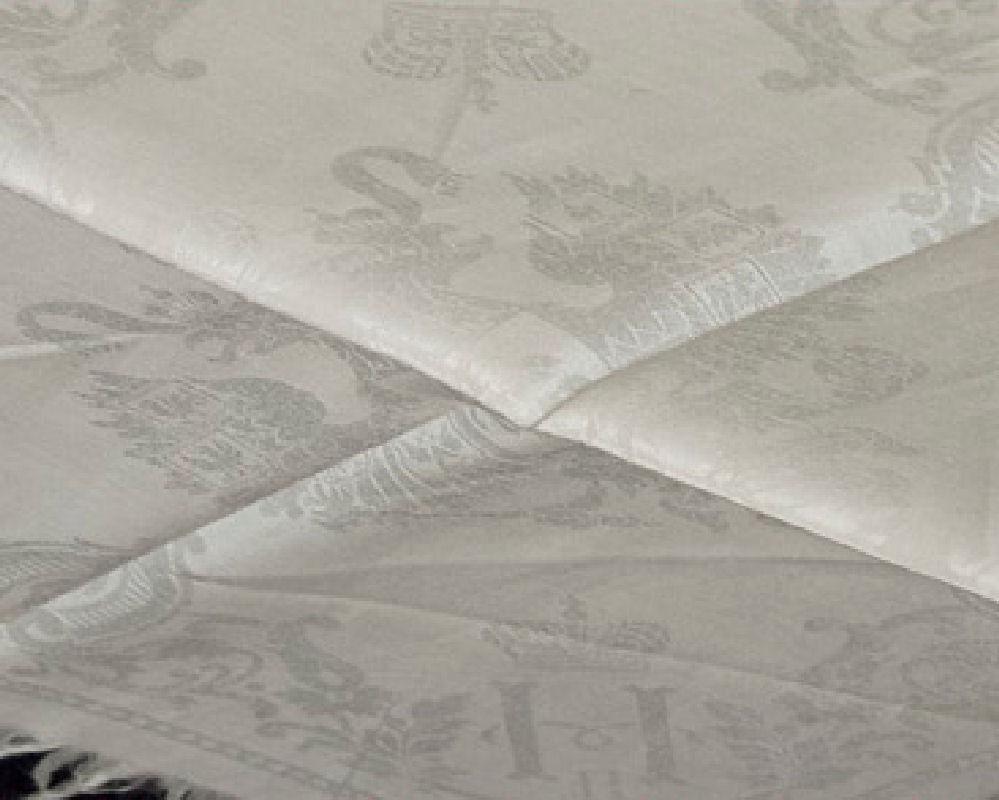 There are 7 silk tea napkins measuring 14.5 x 14.5 in (37 x 37 cm) produced for the court of Emperor Alexander III (Alexander Alexandrovich Romanov, 1945-1894), featuring the imperial double-headed eagle crest with cipher of Alexander III at the corners.   There are also 10 silk tea napkins of the same size, dated 1914-1915, produced for the court of Tsar Nicholas II (Nikolai Alexandrovich Romanov, 1868-1918), apparently in honor of the Grand Duchess Olga Nikolaevna (1895-1918), the older daughter of the Tsar, and featuring the same eagle crest with cipher of Nicholas II at the corners.  And there are also 8 banquet napkins, also dated 1914-1915,measuring 32.5 x 28 in (82.5 x 71.1 cm) with similar design.   Provenance:  estate of Vincent Massey (1887-1967), Governor General, 1952-1959, Batterwood House, Port Hope, Ontario, Canada. Massey was the heir to a successful farm equipment manufacturer, and known for his appointment by King George VI to Governor General, serving the crown from 1952 to 1959. The Governor General is the viceregal representative of the Canadian monarch. The collection is said to have been purchased by Massey and his wife in Russia, sometime after 1917, while on a business trip to promote and sell equipment from the Massey-Harris Company Ltd., which was the largest agricultural equipment maker in the British Empire, and remains in business today as Massey Ferguson, a subsidiary of AGCO. The condition of all are very good. There is some minor discoloration on a few, and no losses.