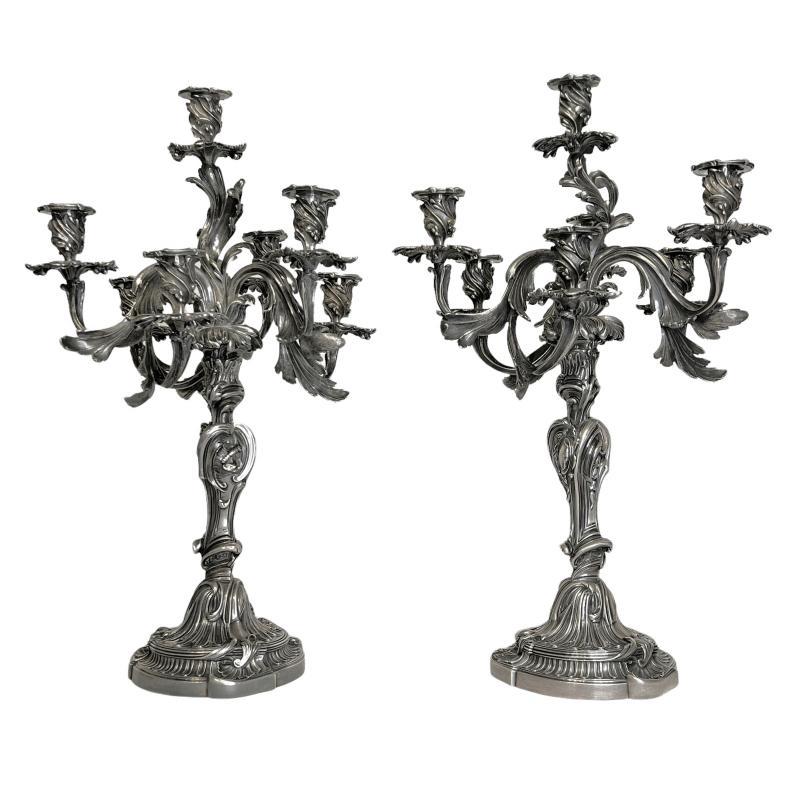 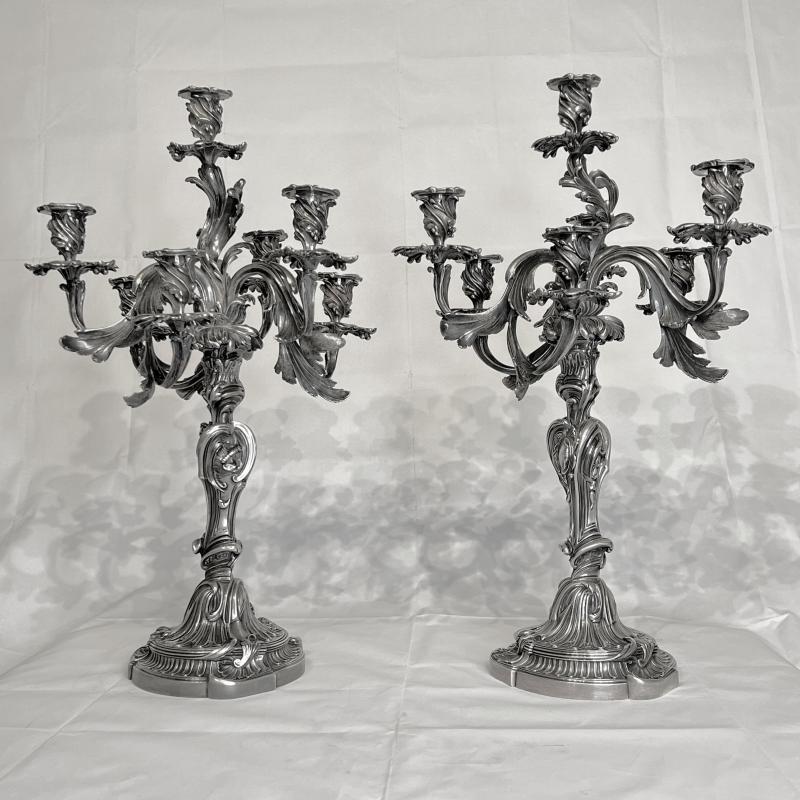 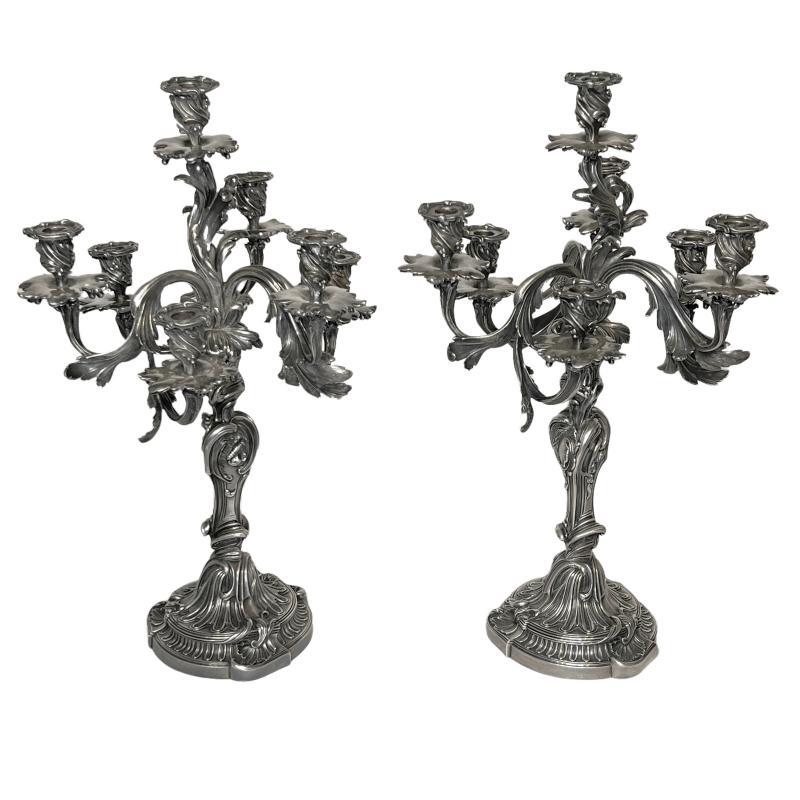 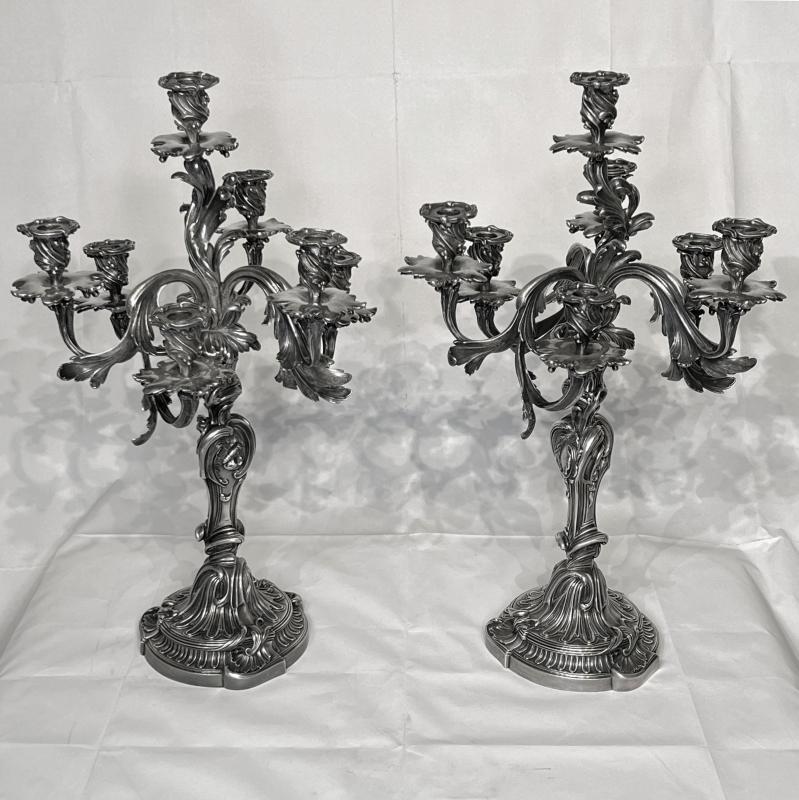 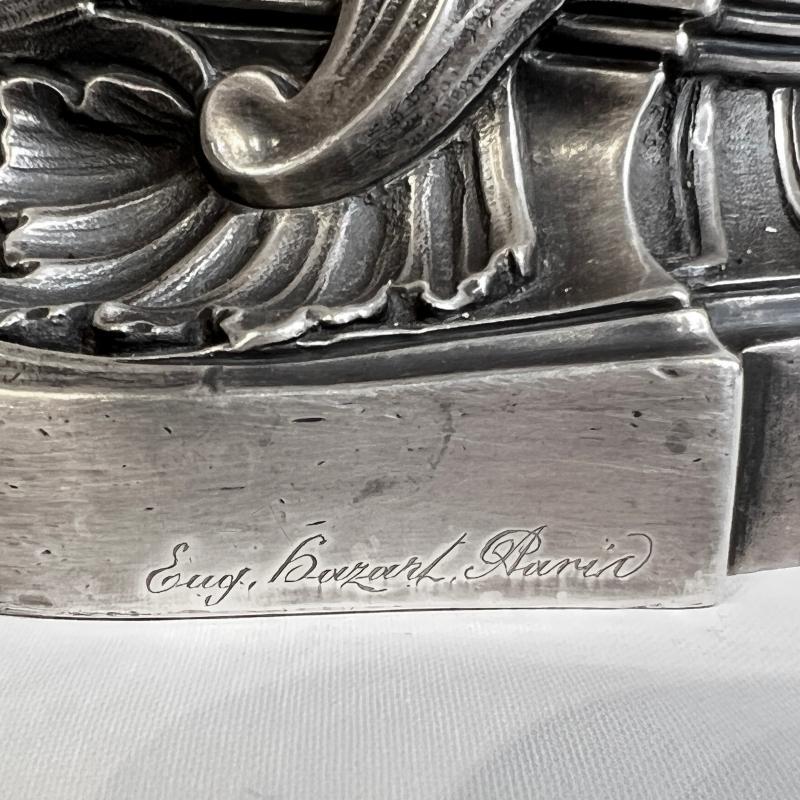 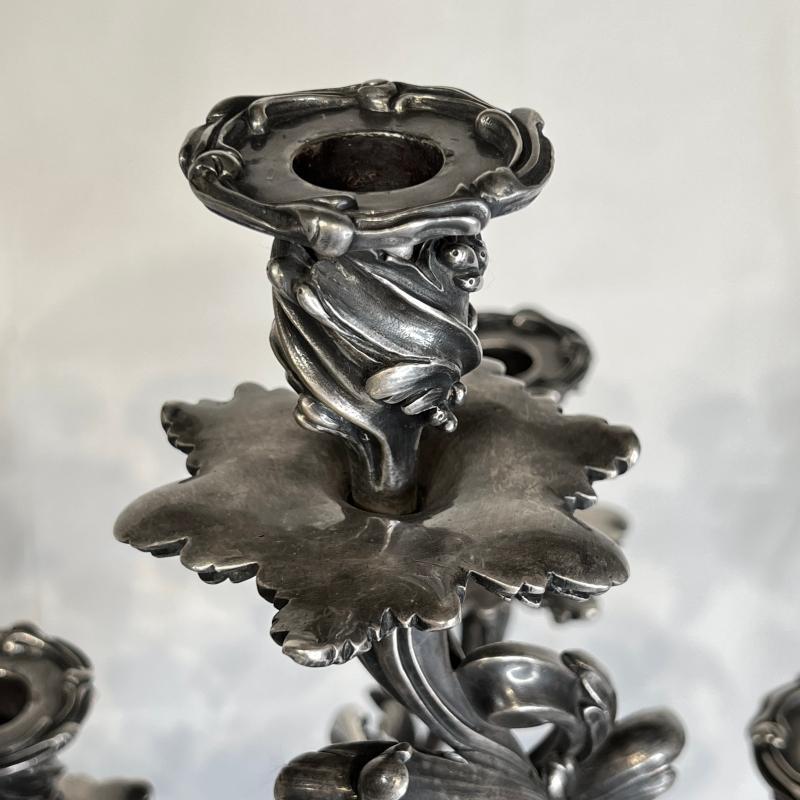 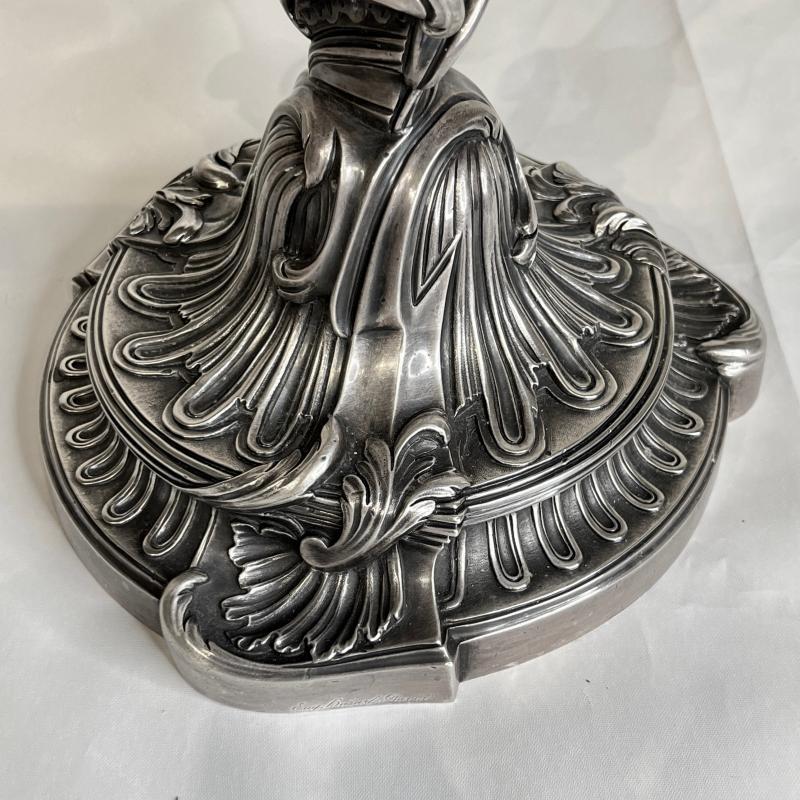 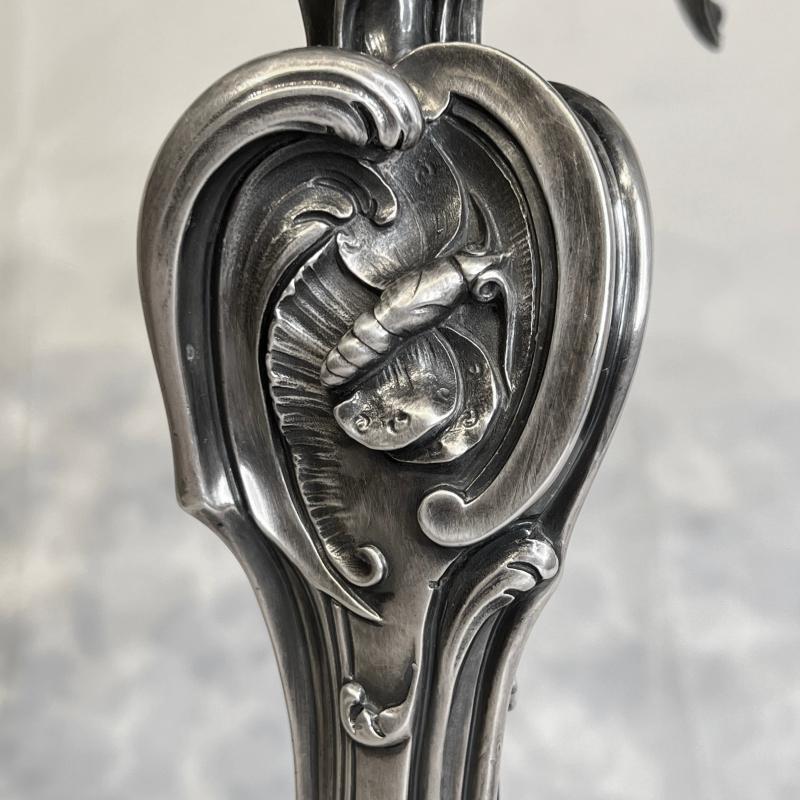 Our wonderful silverplated bronze candelabra by Eugene Hazart (1838-1891) from the Rococo Revival period of the Second Empire (Napoleon III, 1851-1870) are the largest and finest of their kind we have ever handled in our 20 years in business.  One signed Eug. Hazart Paris.

In very good condition.  All bobeches are intact.  There is oxidation to the silvering and scratches and nicks.

According to Sotheby's, Eugene Hazart (1838-1891) was registered as a sculptor and manufacturer of bronzes in Paris in the 17th arrondissement. He was the son of Pierre Louis Hazart, sculptor in Paris (1805-1868) and Marie Françoise Désirée Laffond(1812-1861).