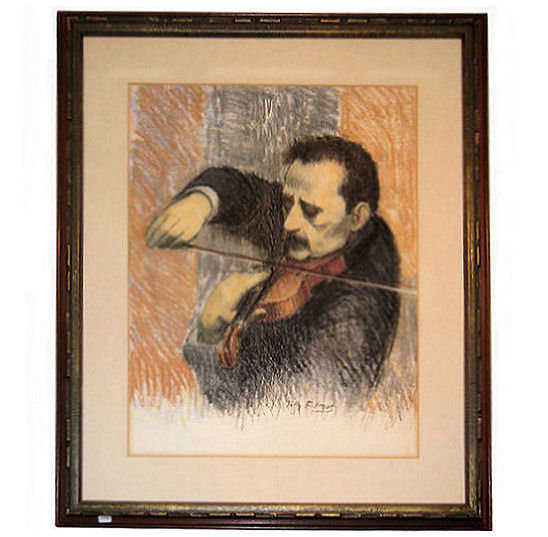 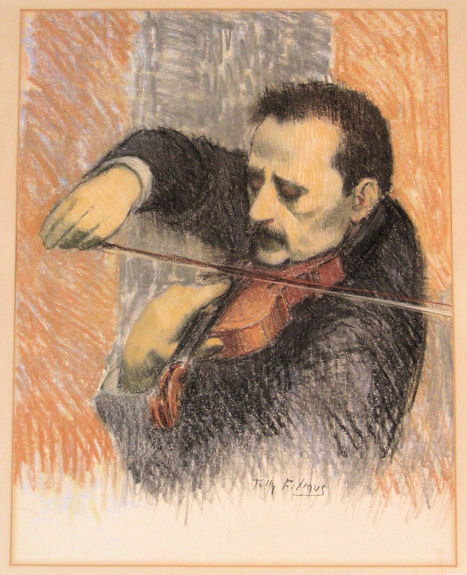 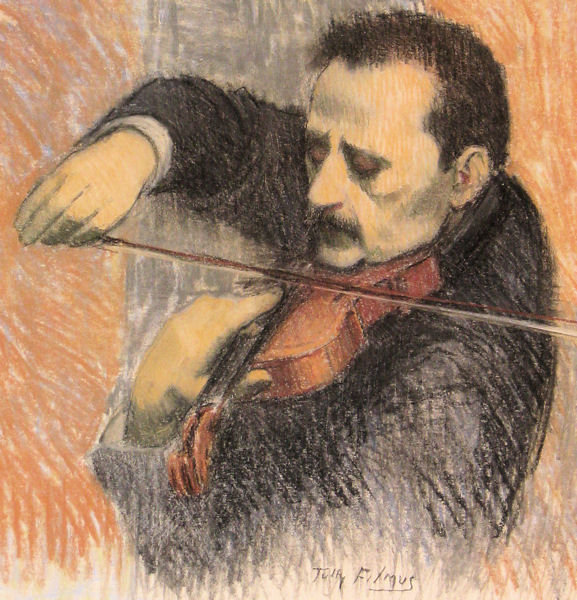 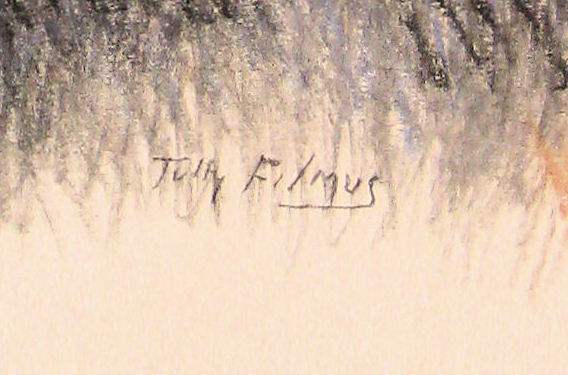 This pastel portrait of a violinist was drawn by Tully Filmus (1903-1988), the noted Moldovan-born American realist painter and portraitist. We estimate this work dates from the 1930s to 1950s. This work resides in an old wooden frame without glass and is in excellent condition. Signed by the artist. Frame measures 31" by 25.5 by 2" and the portion of the work visible under matte measures 22" by 16.5". We have not removed the work from its frame to inspect the rear. Provenance: ACA Galleries (New York, NY), private collection (Larchmont NY). Filmus was born in Ataki, a region of Bessarabia in an area which is now part of Moldova. His family emigrated to the U.S. in 1913 and settled Philadelphia, where he studied at the Pennsylvania Academy of Fine Arts. He received a scholarship in 1927 which allowed him to travel to Europe for two years, and during this period he studied with Andre Lhote in Paris. In the 1930s he shared a studio with Willem de Kooning and worked on projects funded by the Works Progress Administration. In the late 1930s he taught at the American Artists School in New York City and from 1938 to 1950 he taught at the prestigious Cooper Union School of Art. Filmus first exhibited in New York at the American Artists Congress, and exhibited through the 1960s and into the 1970s at ACA Galleries (American Contemporary Artists) in Manhattan. In the 1980s he exhibited with his sons, Michael and Stephen. Though his portraits typically depicted family and friends, he also painted portraits of important and famous individuals including Eleanor Roosevelt and Jonas Salk among others. His work is represented in the collections of the Metropolitan Museum of Art, Whitney Museum of American Art, and the National Gallery of Art in Washington DC. In 1963 the World Publishing Company of Cleveland published a book about the artist, written by Alfred Werner and entitled simply "Tully Filmus".

Mid-Nineteenth Century American Pastel on Paper Laid Down on Board of a Beautiful Young Lady with a ...