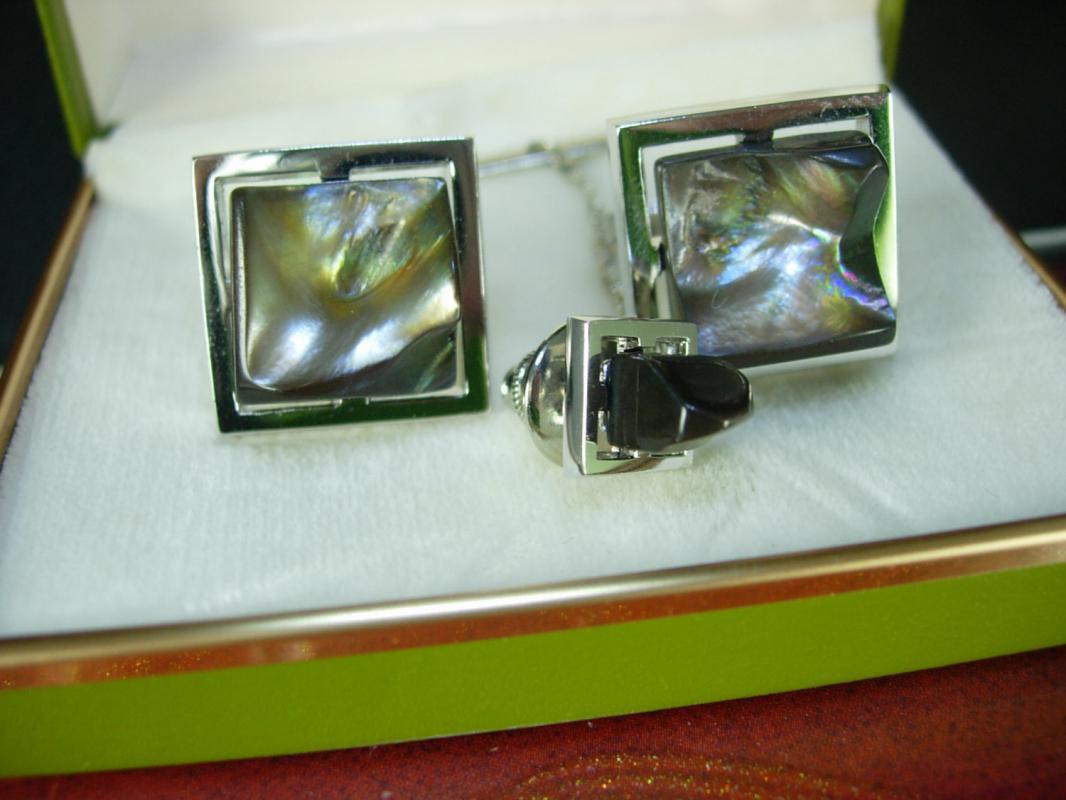 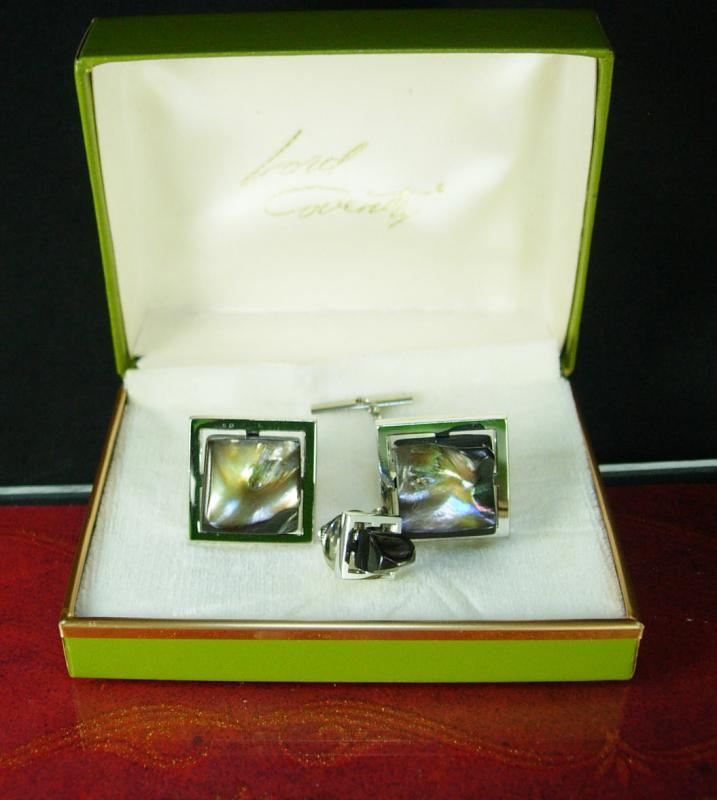 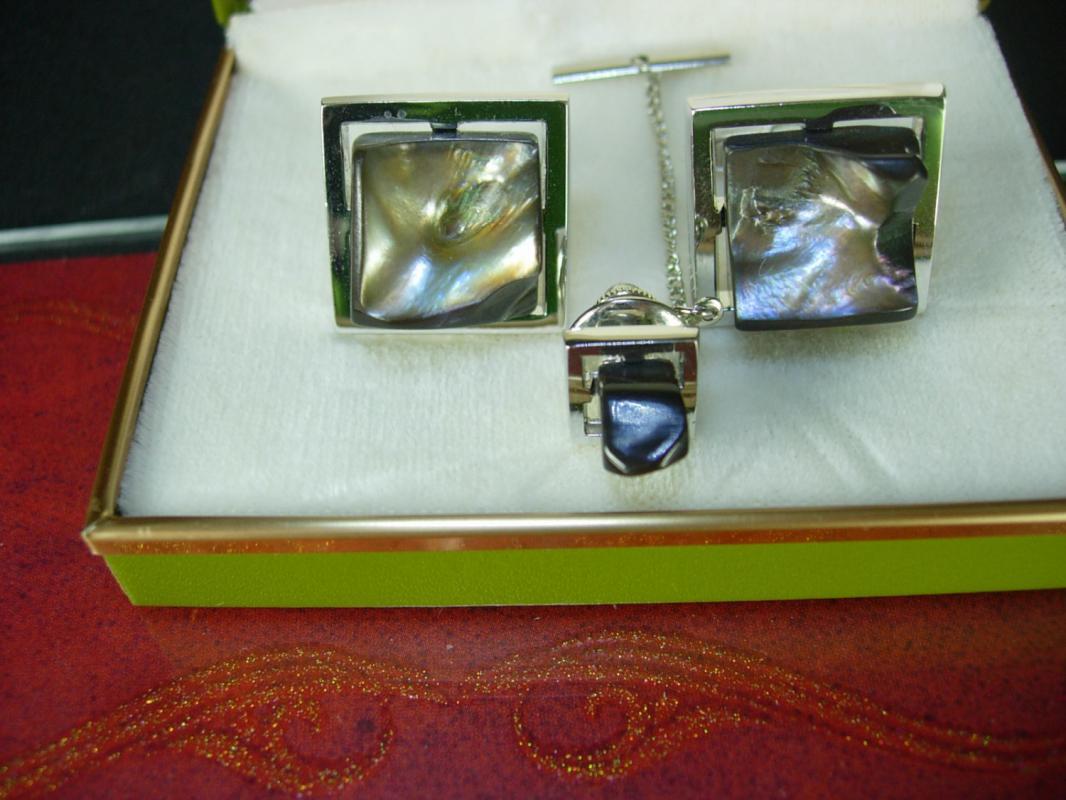 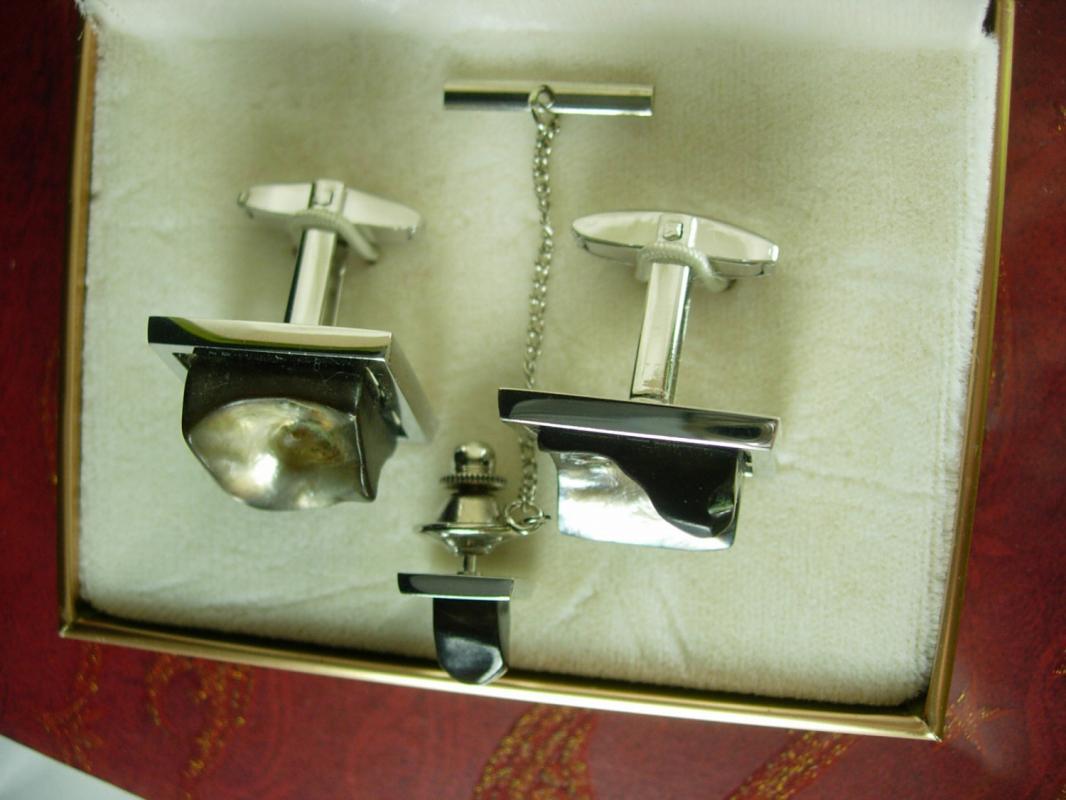 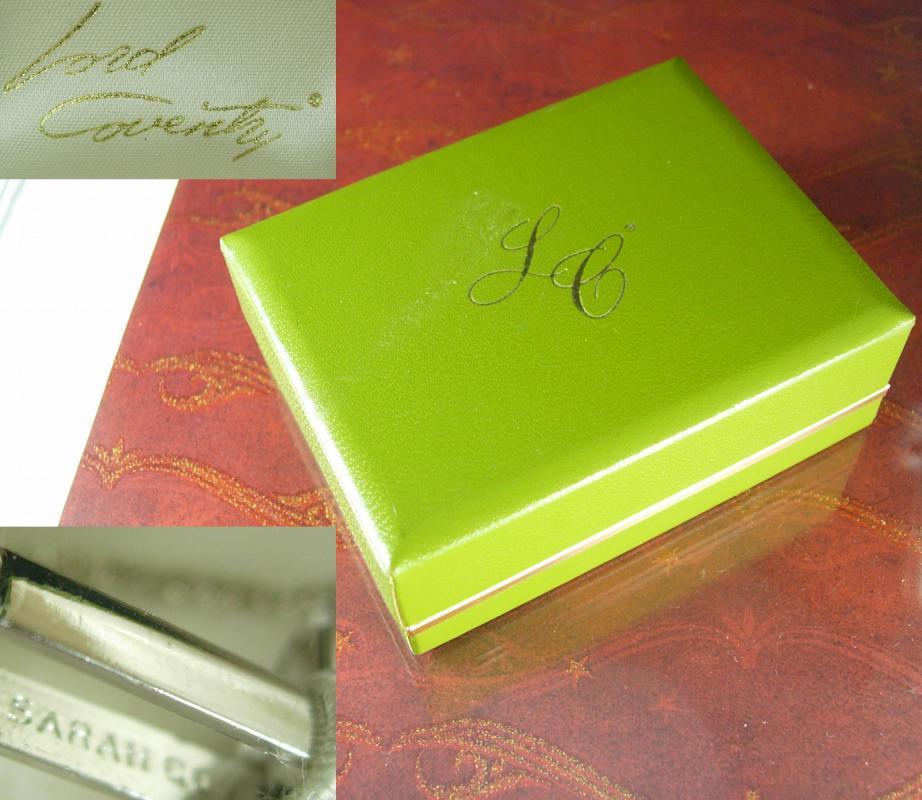 Vintage Sarah Coventry Tahitian Pearl Cuff Links #5911 from the 1969 Deluxe Lord & Lady Collection. The gentleman’s part of this collection was called “Lord Coventry”. Founded in 1949 by Charles Stuart, who named his costume-jewelry company after his granddaughter, Sarah Coventry did not follow the Coro, Trifari, or Miriam Haskell practice of producing the work of a strong in-house designer. Instead, Stuart purchased designs from freelancers, then hired firms such as DeLizza and Elster, whose house brand was Juliana, to create its chokers, necklaces, brooches, earrings, and bracelets. Also unlike its competitors, Sarah Coventry did not focus on getting prime counter space in department stores, or selling its wares to Hollywood movie stars in order to move its inventory. Stuart’s approach was more grassroots, using house parties (a la Tupperware and Avon) to get people talking about his affordable jewelry. He also gave his costume jewelry away to contestants on game shows and at beauty pageants. The word of mouth that resulted from this marketing strategy made Sarah Coventry one of the most popular jewelry brands of the mid-20th century. Today, its pieces from the 1960s and ’70s are especially prized by collectors. June25 2015