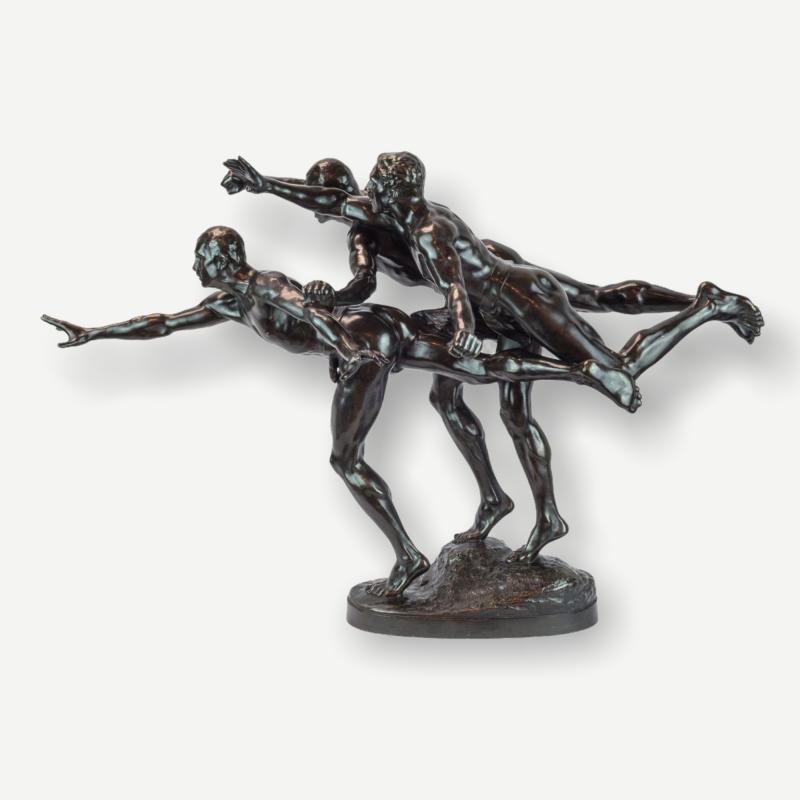 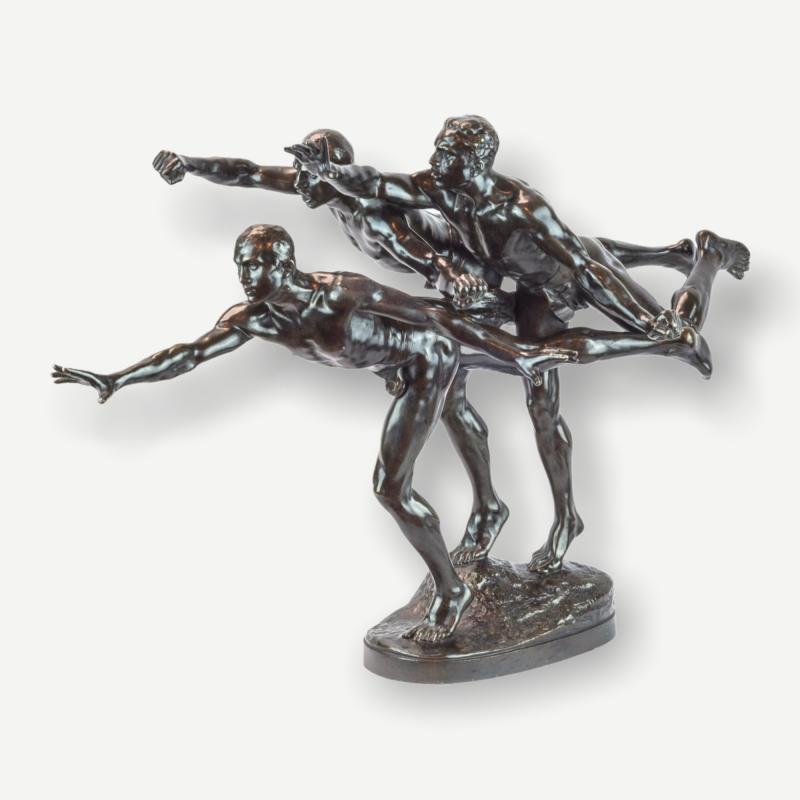 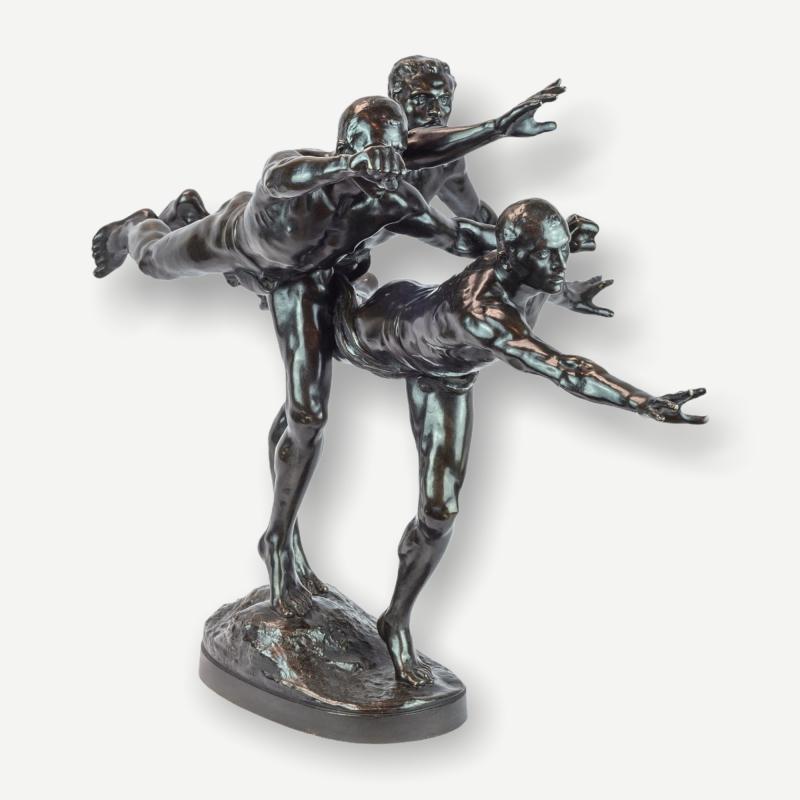 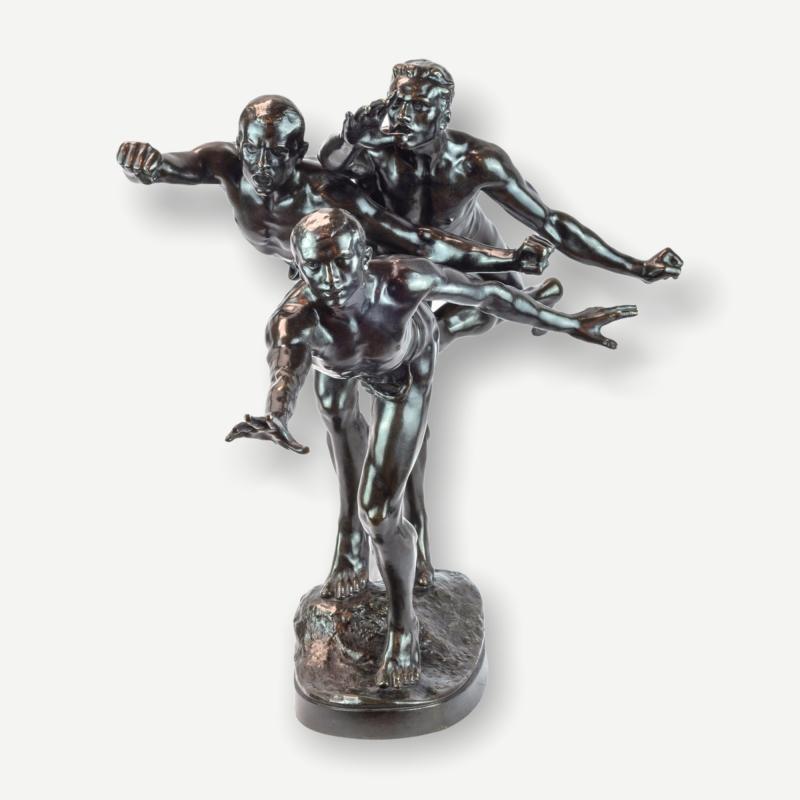 Our bronze by Alfred Boucher (1850-1934) is entitled Au But (To Goal), and in English most commonly referred to as The Finishing Line.  It has the stamped mark of the foundry, Siot-Decauvulle and is believed to date from the 1890s.  17.75 x 26.75 inches and in excellent condition, with original patina and light wear, including rubbing, light scratches and nicks, all consistent with age and good care.

One of the artist's most revered works, it depicts three sprinters in a race reaching toward the finish line.  The work served to help inspire the nation to include the resurrected Olympic games in the Exposition Universelle of 1900 in Paris.   The model was featured on the cover of the catalog of the 2000 exhibition at the Musée Paul Dubois-Alfred Boucher in Nogent-sur-Seine.

According to Sotheby's, Boucher captured the physical likeness of the athletes by having his explorer friend, Gabriel Bonvalot, pose for him as he modelled each figure.  Boucher exhibited the plaster model at the Salon in 1886 and it was an immediate success with the public and critics.  He was praised for his modelling of the three carefully balanced men in motion and brought home the first place prize.  The French state commissioned a large bronze of the piece to be placed in the Jardins du Luxembourg. This casting was exhibited at the Salon in 1887 and erected thereafter in the gardens, where it remained until its destruction during the German occupation.  Editions in three sizes were cast by the Siot-Decauville foundry, this example being the second largest size.  LITERATURE:  J. Piette, Alfred Boucher 1850-1934 "Sculpteur – Humaniste", Exhibition Catalogue, Musée Paul Dubois – Alfred Boucher, Nogent-sur-Seine, 2000, pp. 46, no. 39a