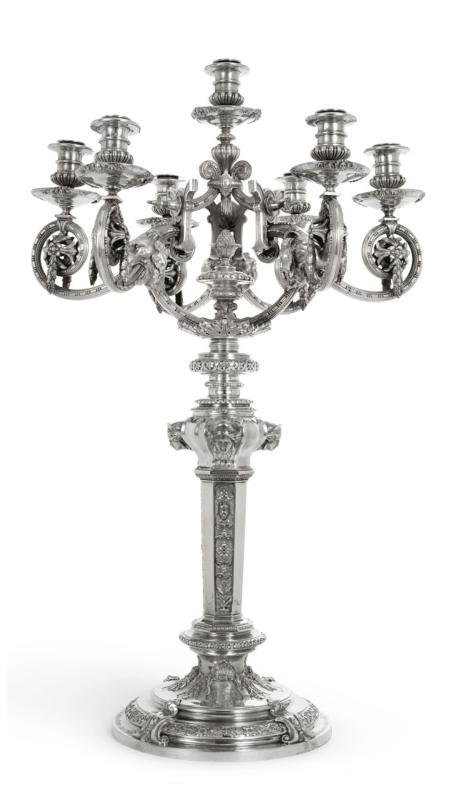 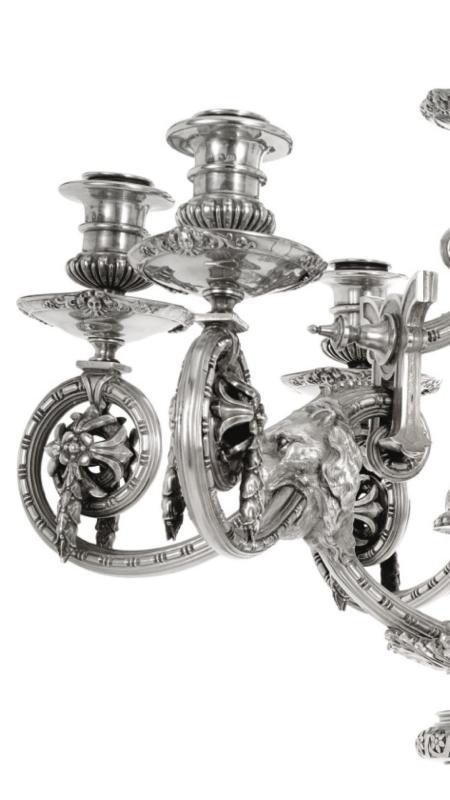 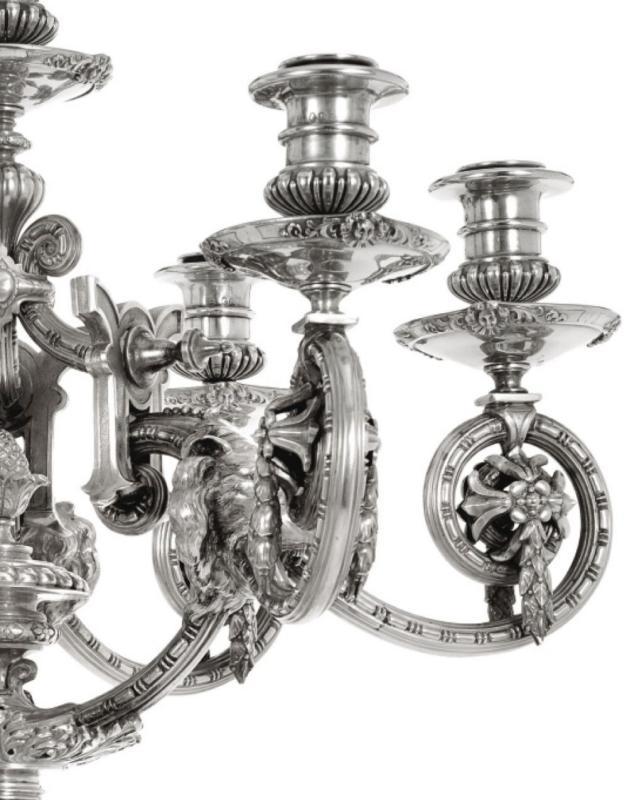 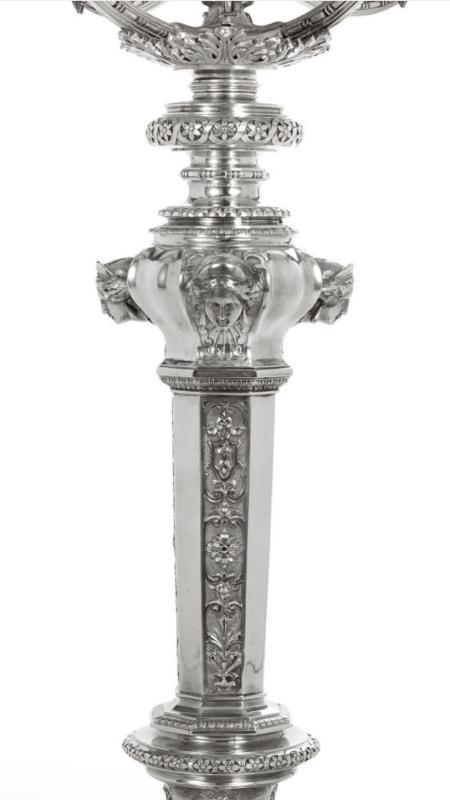 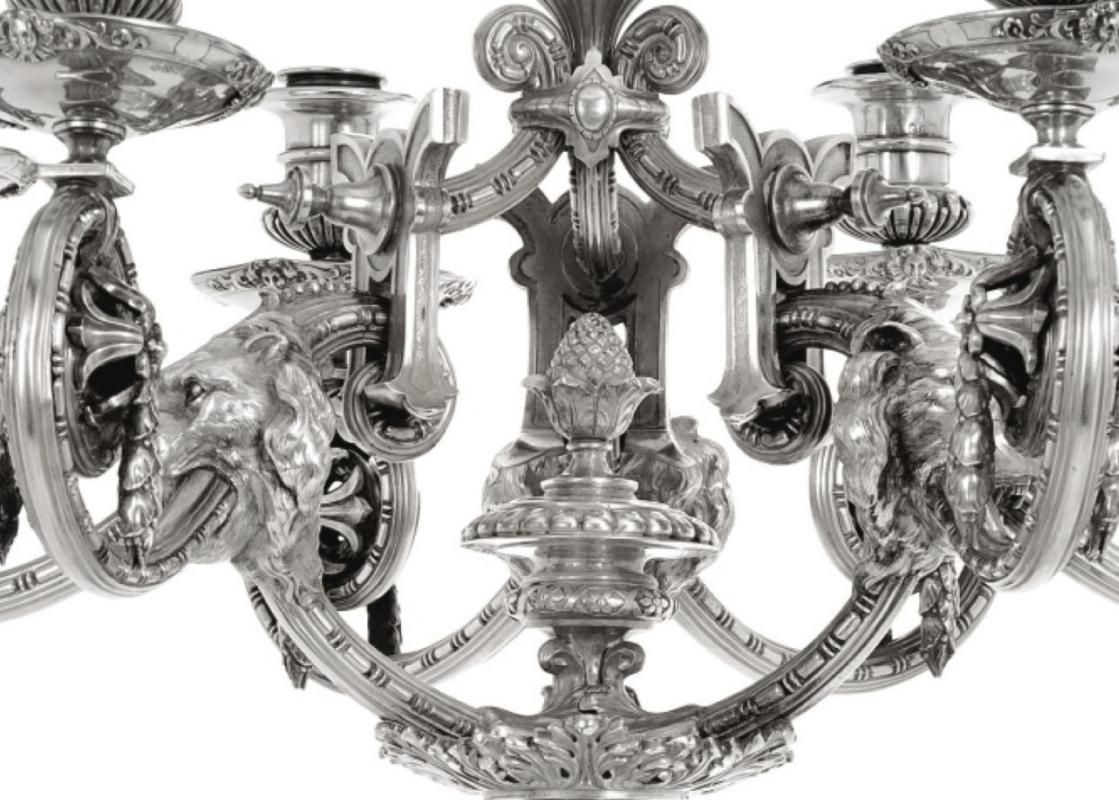 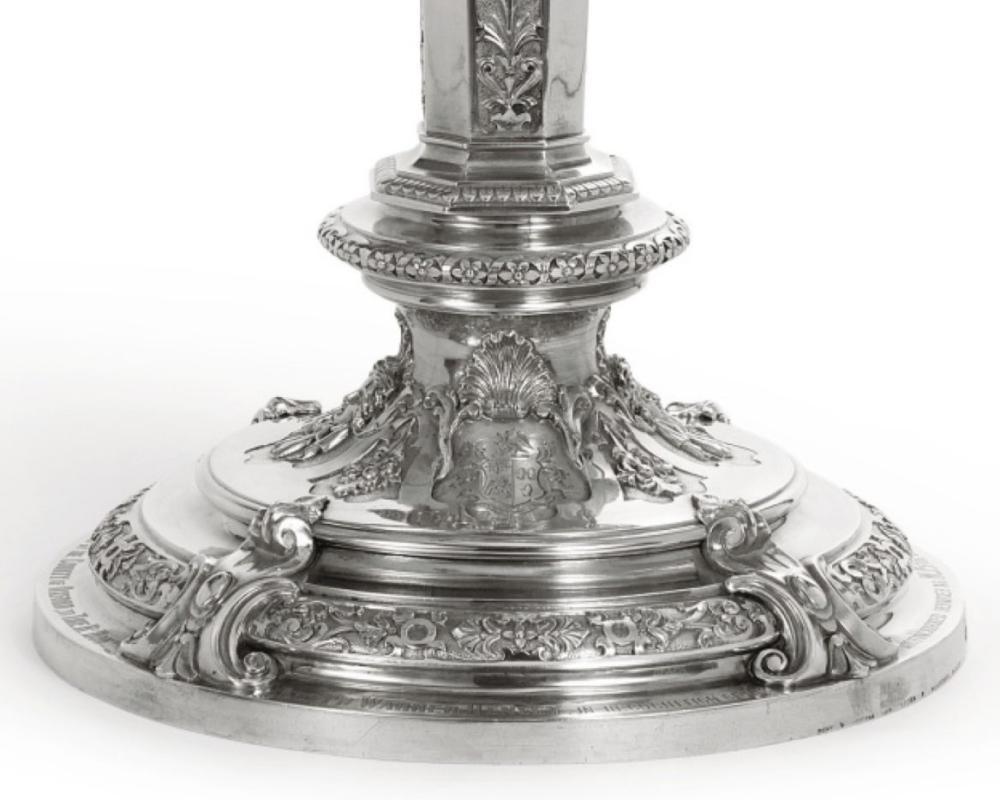 Our Victorian silver candelabrum, 33.5 in (85 cm) tall, bears the maker's mark of John Samuel Hunt, London, 1857, for the firm of Hunt & Roskell.  It is mounted on a circular stepped base with engraved inscription and band of stylized foliage within strapwork below female masks on matted ground alternating with cartouches engraved on one side with monogram JWH, the other with a coat-of-arms, crest and motto, the octagonal tapering stem with similar bands, the bombé-form knop applied with four female masks, the six bead-and-reel scroll branches with urn-form nozzles and circular wax-pans issuing from three lion's heads.  The branches are surmounted by a central nozzle with similar decoration, fully marked, also stamped with retailer's mark HUNT & ROSKELL LATE STORR & MORTIMER.  Weight: 304 oz, 10 dwt, 9473 g.

The inscription at the base reads "PRESENTED BY THE COUNTY OF OXFORD TO THE Rt. HON.ble JOSEPH WARNER HENLEY IN RECOGNITION OF HIS DISTINGUISHED SERVICES AS M.P. FOR THAT COUNTY DURING THE LONG PERIOD OF THIRTY SEVEN YEARS, APRIL 1878."

The Right Honorable Joseph Warner Henley (1793-1884) served as M.P. for Oxfordshire for 37 years and acted twice as the President of the Board of Trade. Upon his retirement in 1878, The Illustrated London News described Henley as one "of the oldest, most familiarly known, and most heartily and generally respected members of the House of Commons". It further noted that a local meeting had resolved to present Joseph Henley with a piece of plate "as a token of the universal respect entertained towards him.".