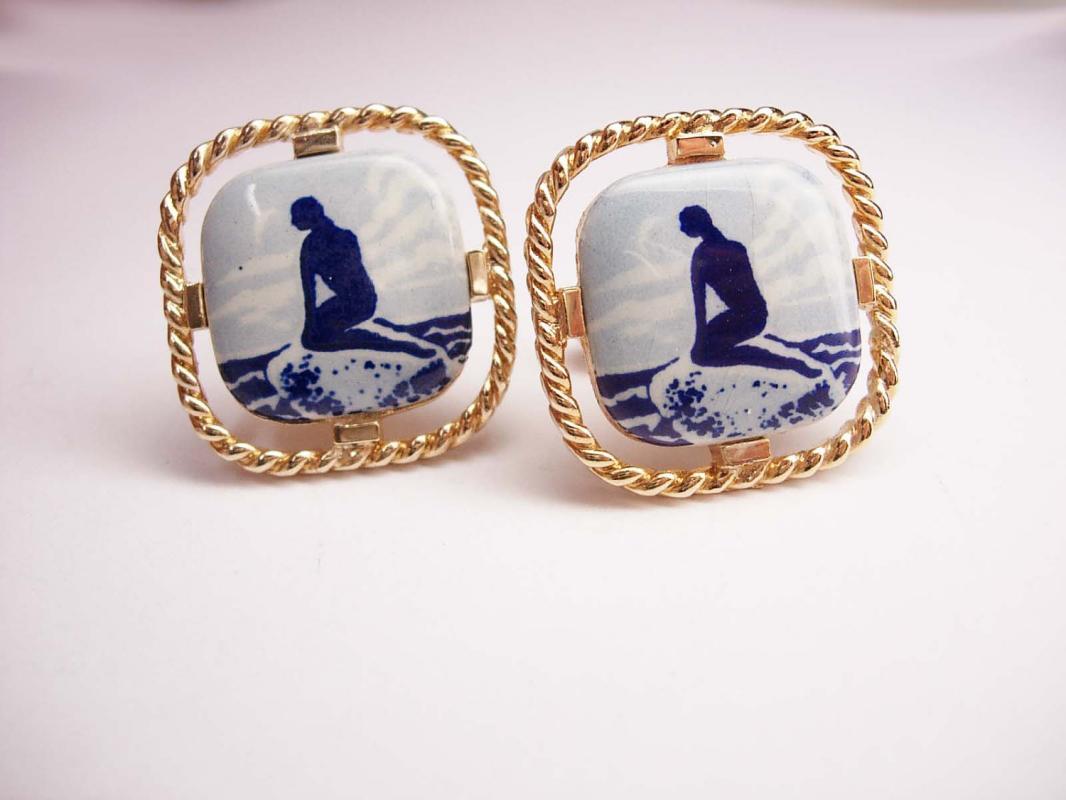 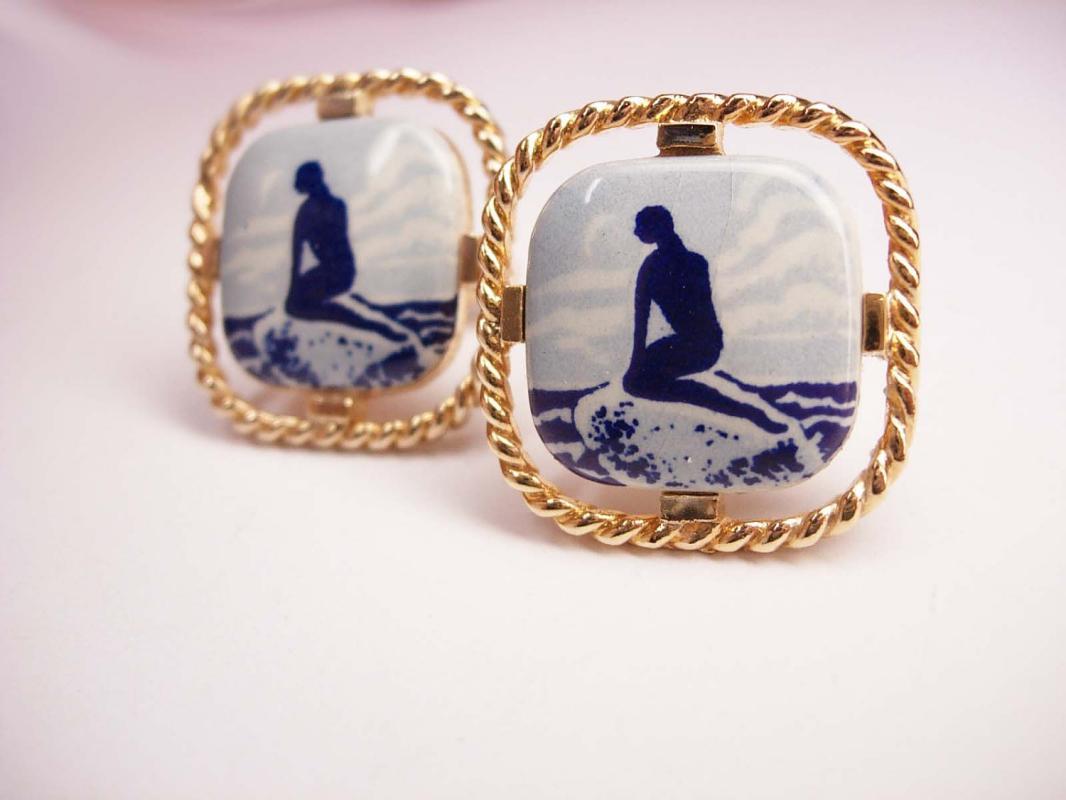 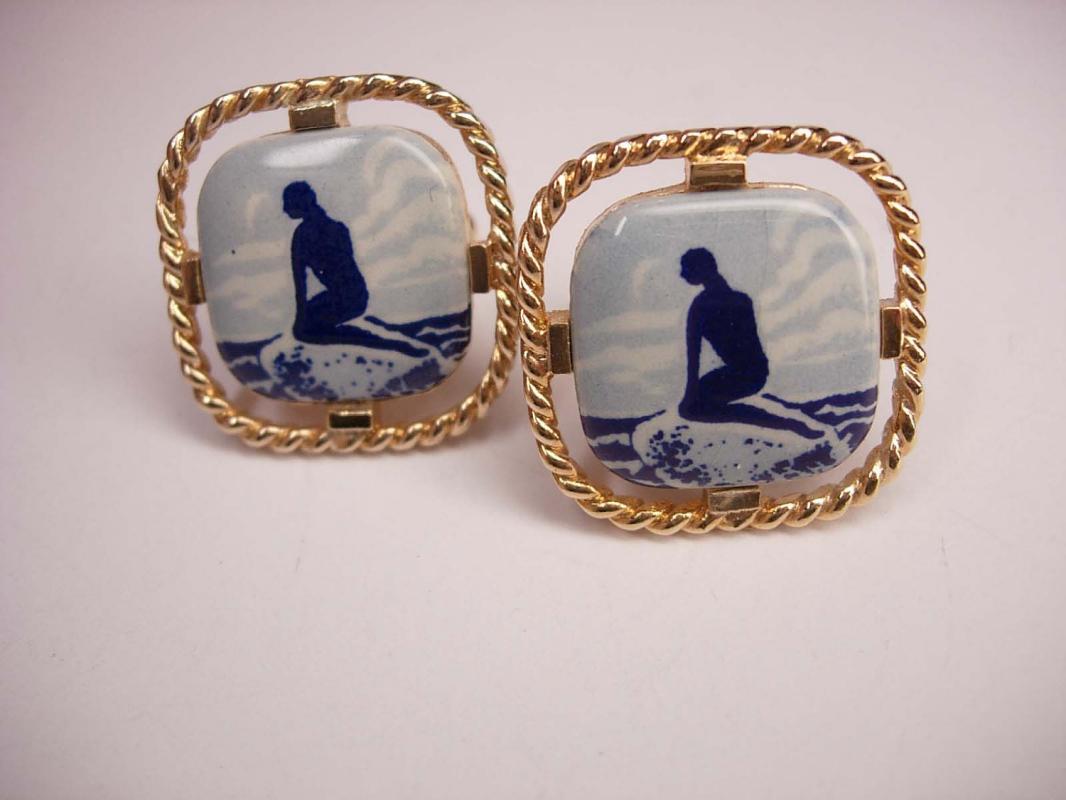 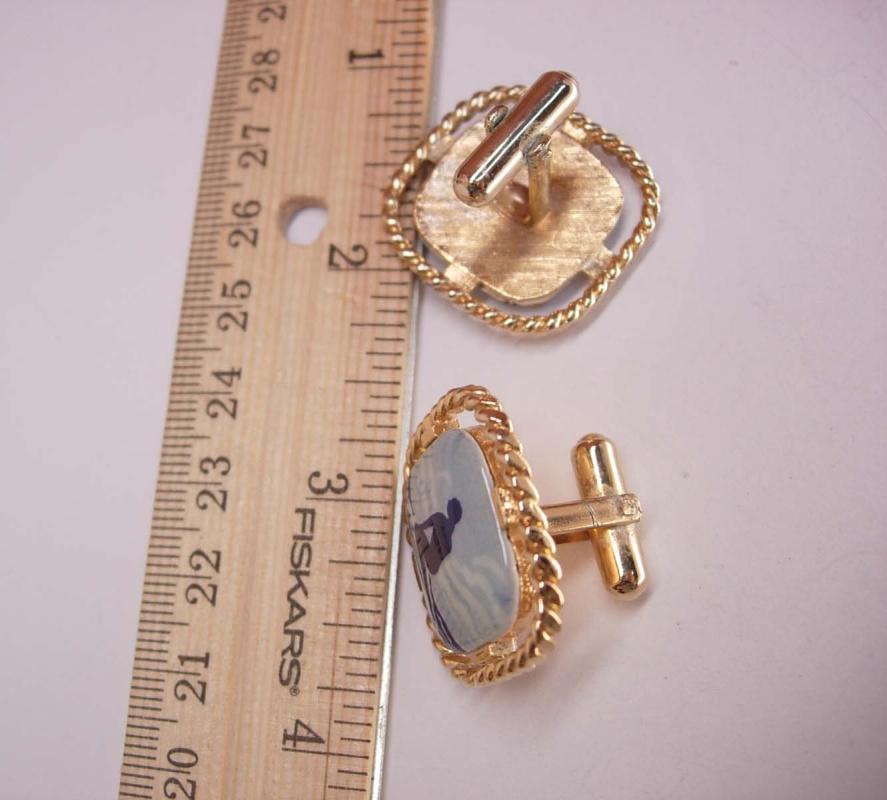 These are a pair of Vintage Nude Mermaid Cufflinks that are Delf Tiles surrounded by a gold tone rope setting. The Nude Mermaid story was originally written as a love letter by Hans Christian Andersen to Edvard Collin. Andersen, upon hearing of Collin’s engagement to a young woman, proclaimed his love to him. He told him ”I long for you as though you were a beautiful Calabrian girl.” Edvard Collin turned Andersen down, disgusted. Andersen then wrote The Mermaid Story to symbolize his inability to have Collin just as a mermaid cannot be with a human. This was classic unrequited love. { Unrequited love is love that is not openly reciprocated or understood as such. The beloved may or may not be aware of the admirer's deep and strong romantic affections. The Merriam Webster Online Dictionary defines unrequited as "not reciprocated or returned in kind." "Some say that one-sided love is better than none, but like half a loaf of bread, it is likely to grow hard and moldy sooner." Others, however, like Nietzsche, considered that "indispensable...to the lover is his unrequited love, which he would at no price relinquish for a state of indifference." } He sent the letter to Collin in 1836 and it goes down in history as one of the most profound love letters ever written. Most scholars and psychoanalysts concluded that Andersen was bisexual; however, he never acted upon his homosexual drives. These cufflinks are in good vintage condition and measure 1" square. february19 2016