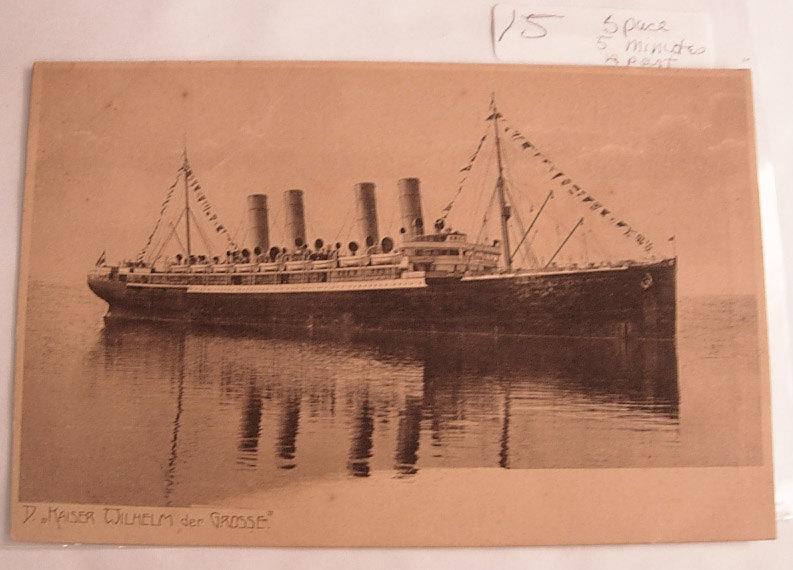 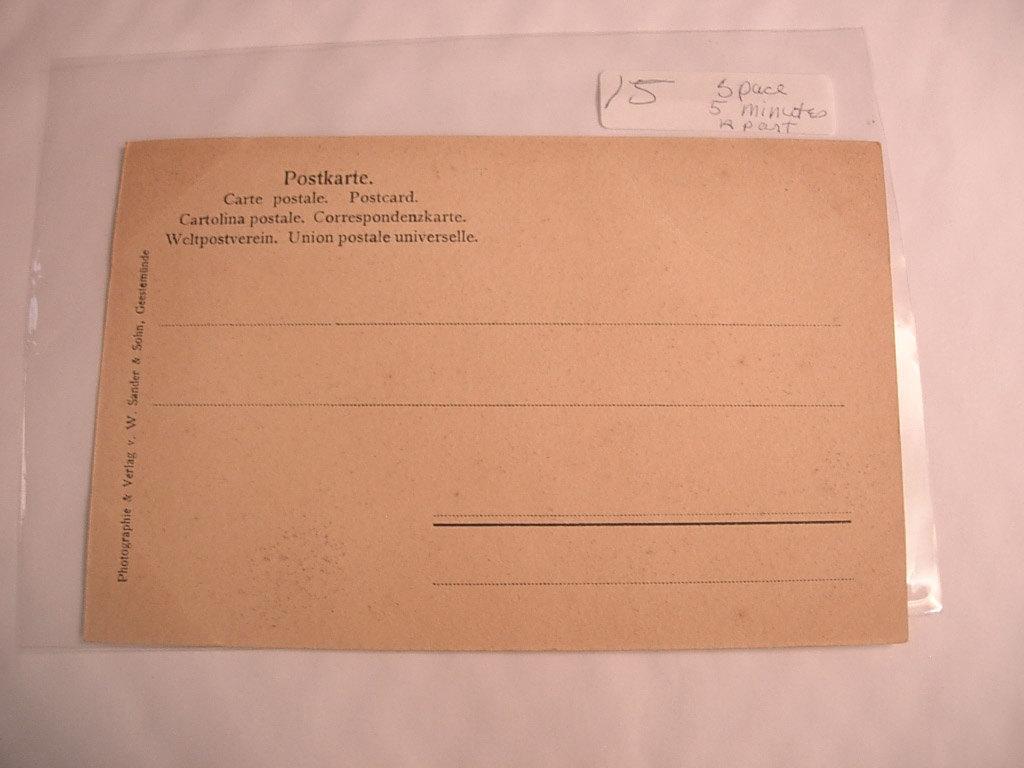 This vintage postcard is in good condition. There is a photo of the front and back so you can see postmarks, cancellations, writing, images and condition. This postcard is of a steamship with nine lifeboats. Mast holding flags. This postcard is of D. Kaiser Wilhelm First Class Dining Room . The Kaiser Wilhelm der Grosse (Kaiser Wilhelm der Große) was a German transatlantic ocean liner named after Wilhelm I, German Emperor, the first ruler of united Germany. Constructed in Stettin for the North German Lloyd (NDL), she entered service in 1897 and was the first liner to have four funnels. The first of four sister ships built between 1903 and 1907 by NDL (the others being Kronprinz Wilhelm, the SS Kaiser Wilhelm II and the Kronprinzessin Cecilie) she marked the beginning of a huge change in the way maritime supremacy was demonstrated in Europe at the beginning of the 20th century. The ship began a new era in ocean travel and the novelty of having four funnels was quickly associated with size, strength, speed and above all luxury. Quickly established on the Atlantic, she gained the Blue Riband for Germany, a notable prize for the quickest trip from Europe to America which had been previously dominated by the British. In 1900, she was involved in a fire in the port of New York which resulted in several deaths. She was also the victim of a Naval ram in the French port of Cherbourg in 1906. With the advent of her sister ships, she was then converted to an all third class ship to take advantage of the lucrative immigrant market travelling to the United States. Converted into an auxiliary cruiser during World War I, she was given orders to capture and destroy enemy ships within the first months of the war. Relatively successful, she destroyed several enemy ships before eventually being destroyed in the Battle of Rio de Oro in August 1914, the first month of the war, by the British cruiser Highflyer. Her wreck was rediscovered in 1952 and then dismantled. A once popular ship, she has largely been forgotten, having been overshadowed by her British counterparts. The Kaiser Wilhelm der Grosse set out on her maiden voyage on 19 September 1897, travelling from Bremerhaven to Southampton and thence to New York.[6] With a capacity of 800 third class passengers, the NDL had ensured that they would profit greatly from the immigrants wishing to leave the continent for a better standard of living in the United States. From her maiden voyage, she was the only superliner to cross the Atlantic with such speed and such media attention. Sold as found.We are not postcard experts.