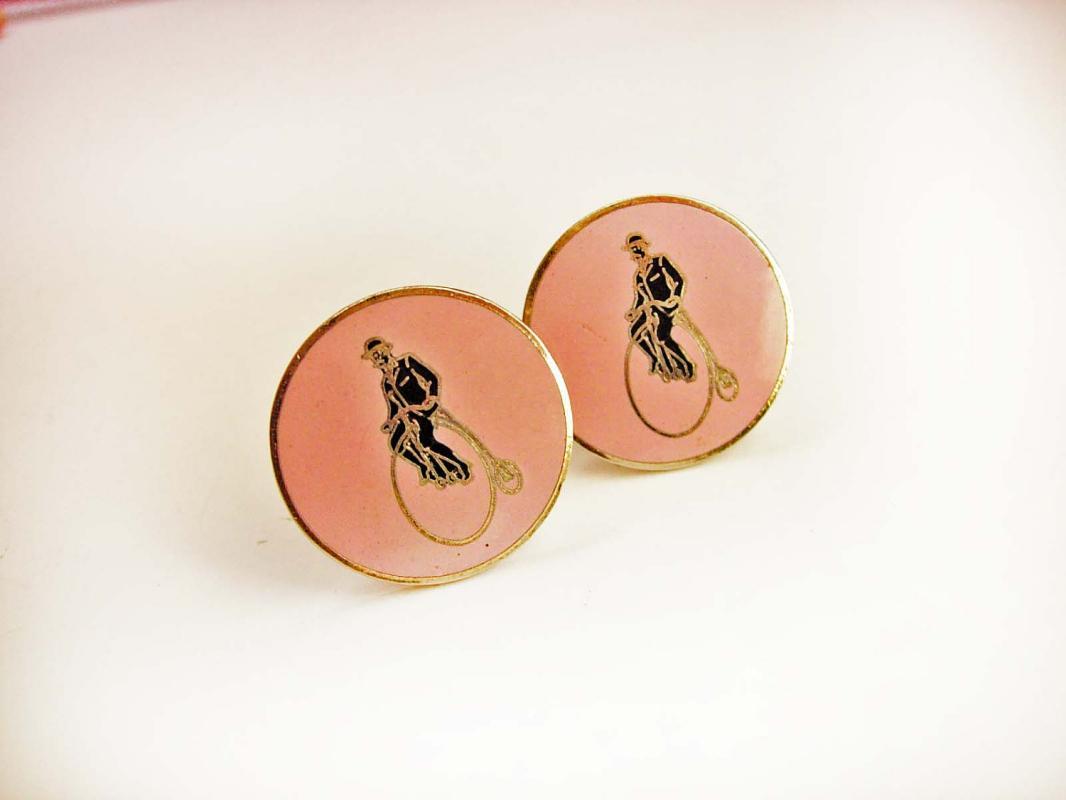 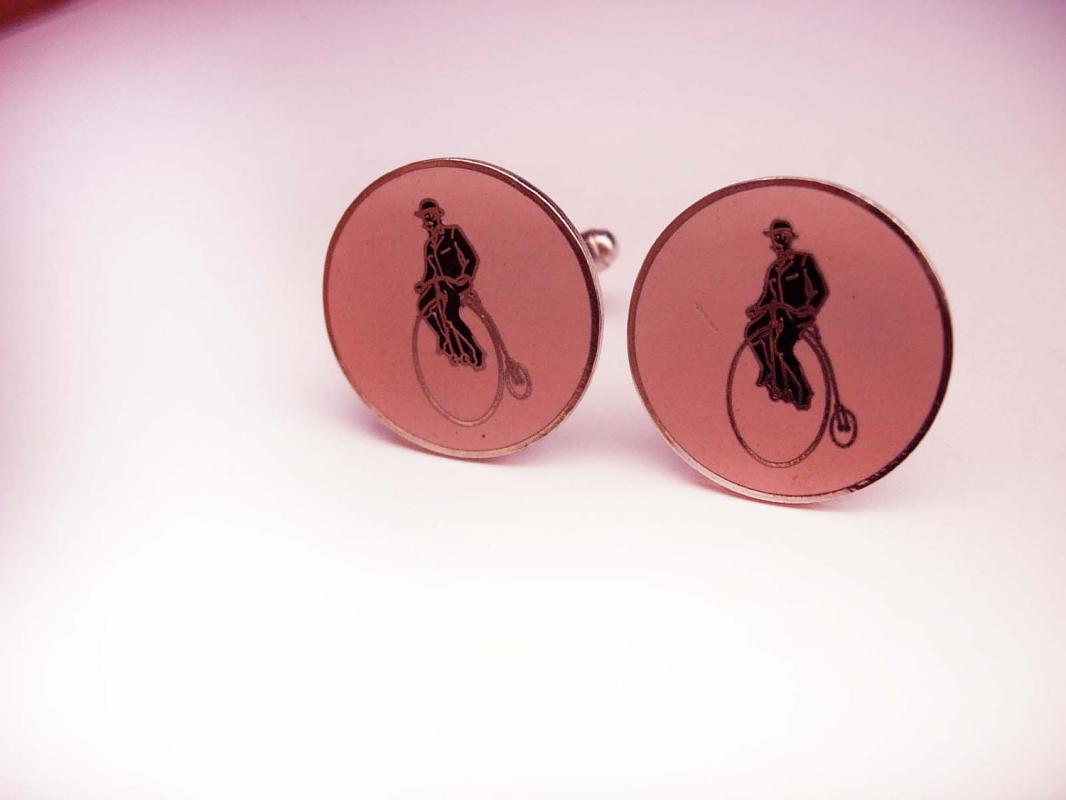 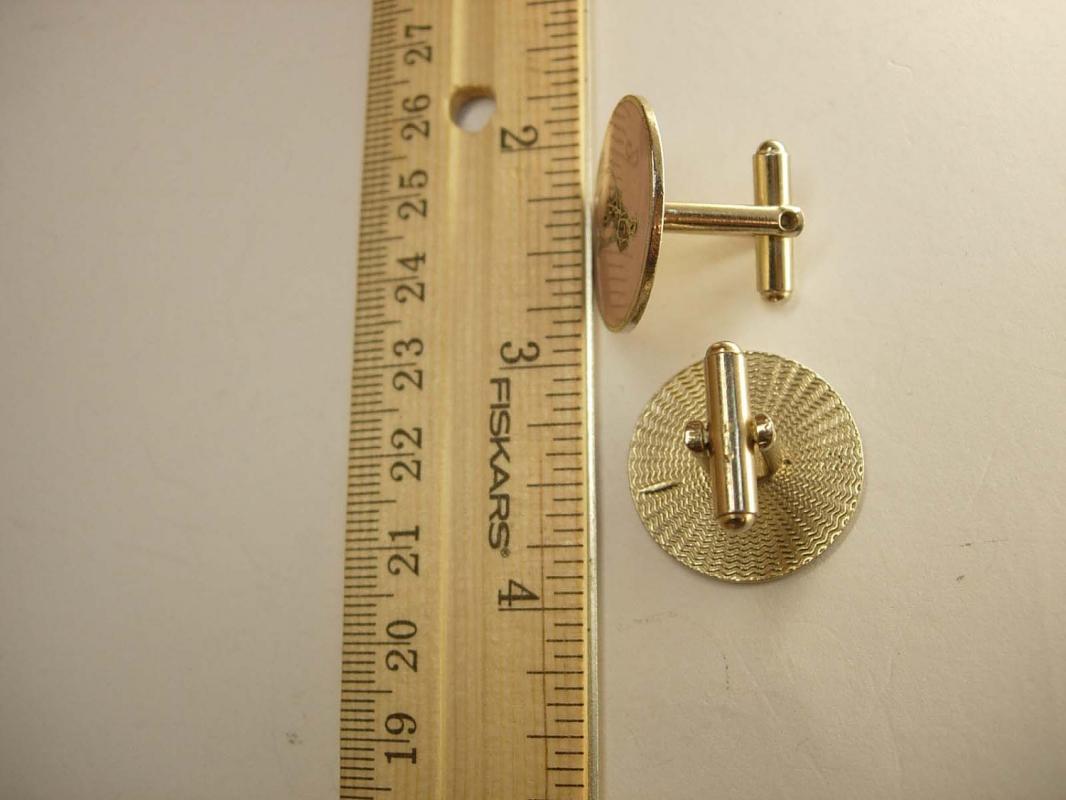 These are a pair of Vintage Steampunk Penny-Farthing Cufflinks. The Penny Farthing is the same as the High Wheel Bicycle. It is set off in Pink enamel with a Black dressed rider. These are a great conversation cufflinks. Look below for fun: THE TIME MACHINE, H. G. Wells’s famous science-fiction novel, appeared in 1895. In it, people travel through time in a capsule that “lands” whenever you want. It’s an intriguing concept that has spawned books, movies and TV shows with the theme. Yet, here we are, over a century later, no closer to Wells’s vision than when he penned his novel. Wrong. Plenty of people have machines onto which they hop to roll back time. An antique bicycle; more specifically, a highwheel bicycle, sometimes called a penny-farthing. In its heyday from the 1870s to 1880s, this bike ruled the world’s mostly deserted roads (no cars back then—just horses and wagons), becoming so popular in fact, that it was also dubbed the Ordinary. They are in good vintage condition and measure 3/4" in diameter. cl