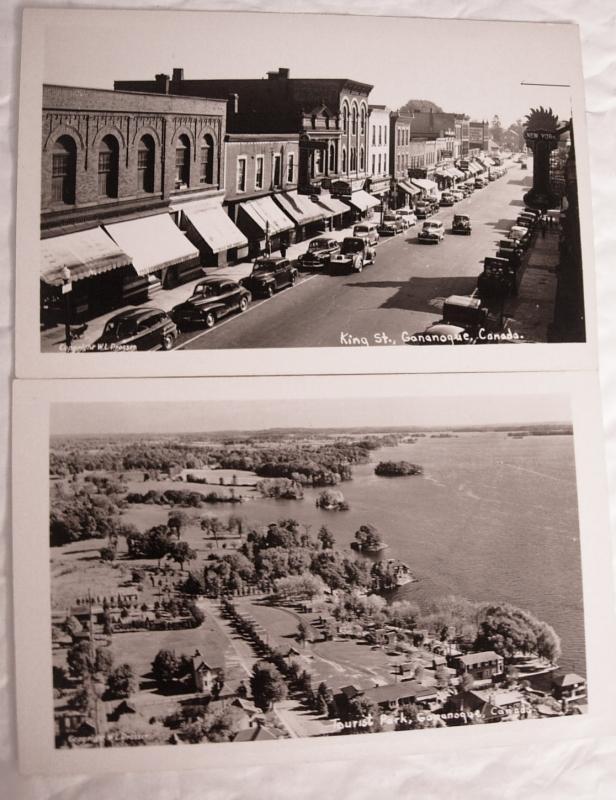 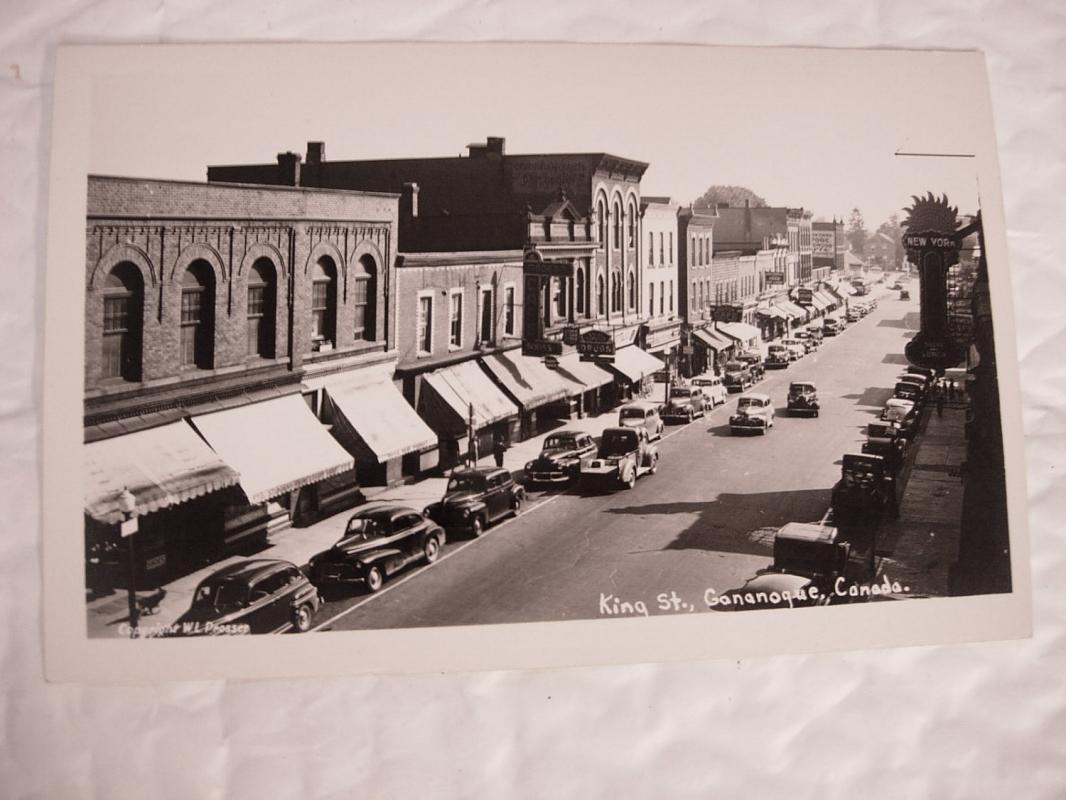 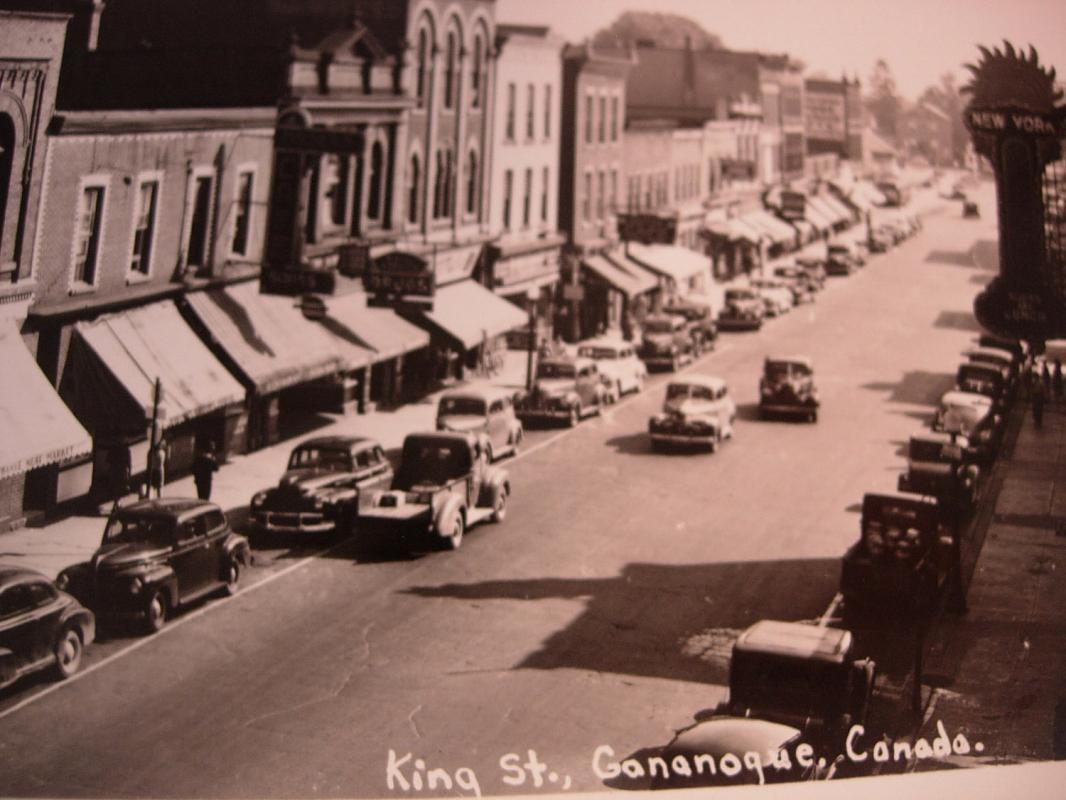 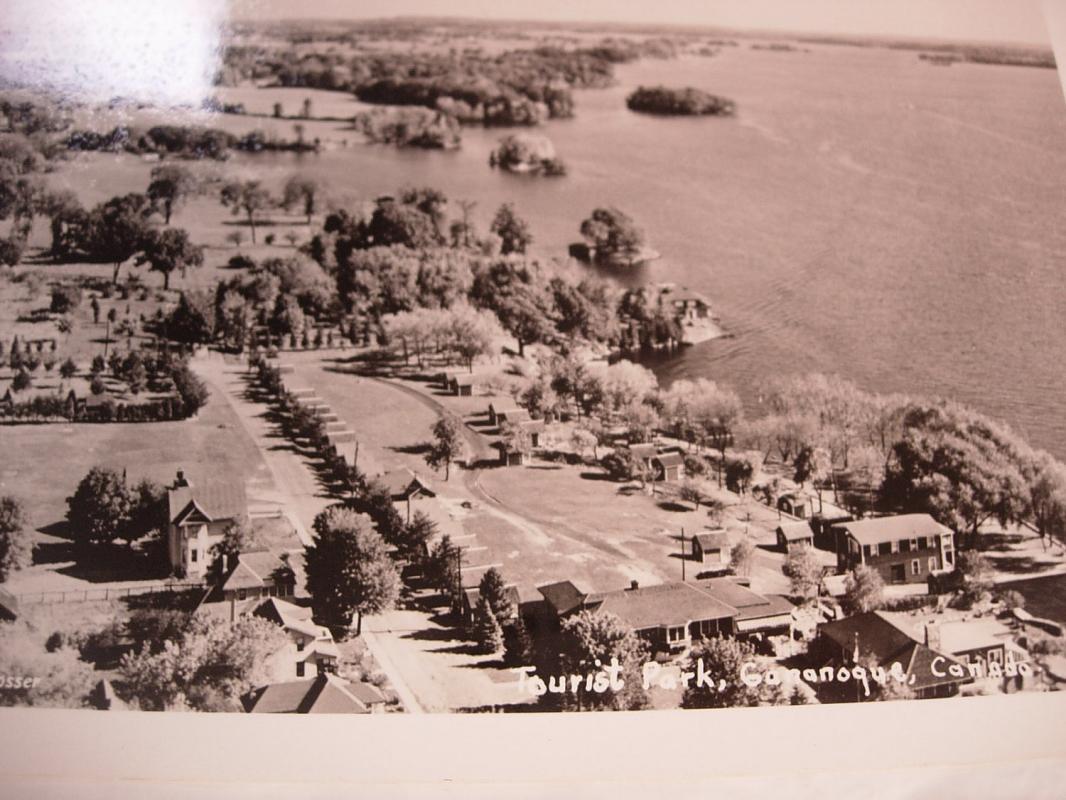 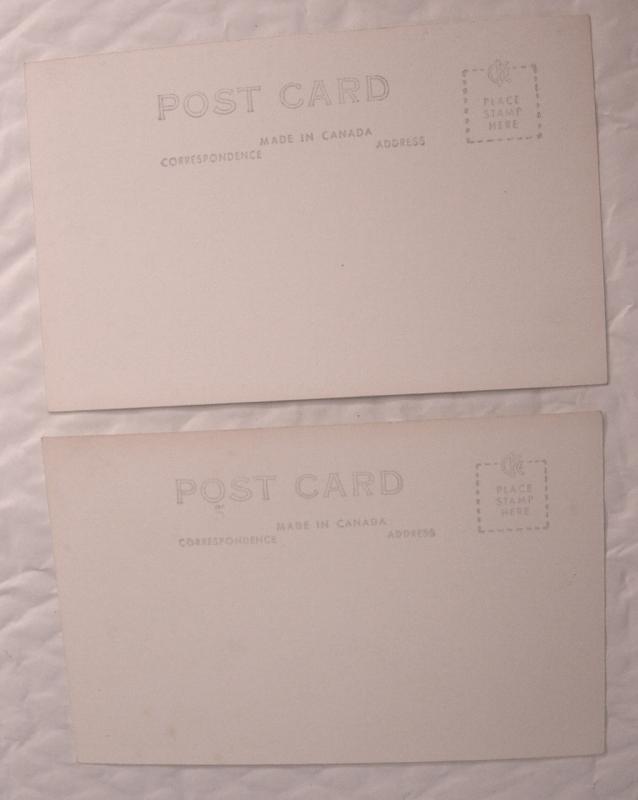 Set of Two Vintage RPPC Real Photo Postcards of King St and Tourist Park, Gananoque, Canada. Gananoque (which means town on two rivers) is considered to be the Gateway to a Thousand Islands. King Street is the main road through this town. It has permanent residents of under 6,000 people. Many wonderful old cars on the street. Colonel Joel Stone, who served with Loyalist militia during the American Revolutionary War, established a settlement on this site in 1789. Land was granted to Col. Stone for use as a mill site. During the War of 1812, American forces raided the government depot in the town to disrupt the flow of British supplies between Kingston and Montreal. The stores seized consisted of half an ox, a few straw ticks, and a few blankets. The raiders seized the supplies they found and burned the depot.Mrs. Stone reportedly protected her jewels from the invaders by hiding them in the flour at the mill. Within a month of the raid construction of the Gananoque Blockhouse was begun, with completion in 1813. It had an octagonal log parapet containing five guns. The blockhouse was abandoned after the War of 1812 and given to a private landowner. These two photo postcards are uncirculated in good vintage condition. Copyright W.L. Prosser. Canada Sold as found.We are not postcard experts.